I think we should stop the uncontrolled mass immigration (a.k.a. fake asylum seekers) into Ireland and let in only highly-skilled individuals with Masters/PhDs through the new points-based system, only to cover shortages in specific areas. All of the candidates should go through serious checks for terrorism and crime connections and should adhere to universal western values (no burkas, no hijabs, etc.). If they are not ready to adhere to universal western values, then send them back home.

He is a freeloader and could also be an Islamic terrorist.

No more social housing for foreigners. They either work or go home.

Just as the Government rolled over for the far left on the Euthanasia Bill, it seems that they will do the same on Labour’s Private Members Bill which seeks to overturn the decision of the 2004 referendum on citizenship.

Yesterday in the Seanad, Minister for Justice Helen McEntee told Senator Ivana Bacik that she supported the intent of the Bill and that the Government would facilitate it returning after Christmas to Committee stage and presumably into the Dáil as amended.

McEntee said she agreed with the intent of the proposal and the only caveats were the implications which changing the legislation will have on the extension of EU citizenship to all who are granted Irish citizenship, and on those living in the north.

She was referring to the Labour Bill as “it currently stands,” so presumably the Government will suggest amendments that will satisfy the EU while granting birthright citizenship to anyone born here. We will have to wait and see, but the basic situation is that the decision of the Irish electorate in 2004 is going to be overturned without the people having a say in it.

Are there any others who are thinking if you are going to be able to continue living in this country for much longer. I’ve invested in here, but I have to say the way things are going I couldn’t say I’ll be here in 2030. And further erosions of pension rules/bail in risk etc. to pay for the financial illiteracy of the mainstream political parties here is my skin in the game.

It may be the case that once this comes out in the wash, Ireland will retain it’s open borders but other EU locations are under sufficient pressure to tighten their affairs, and some form of bulwark has to be put up to protect EU (and British) borders. The weather, general rip off culture and incessant wokeness etc. will mean that Ireland is no longer competitive for quality of life.

Why do people still support FG, they just implement every idea the likes of Bacik asks for 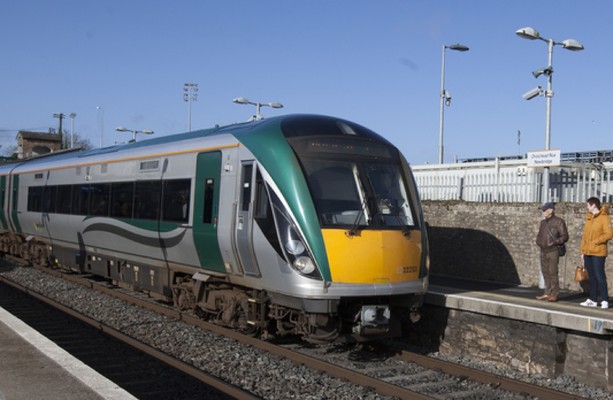 There was a 14% increase in anti-social incidents on the Iarnród Éireann network in 2018.

If this is reintroduced it will cause even worse mayhem, not least because it offers, relative to most countries, a huge incentive to commodify human life and the sharing of information online and transport links have increased exponentially in the last 20 years.

Minister to give residency permits to 17,000 migrants | Business Post

Helen McEntee, the Minister for Justice, is preparing to give residency permits to around 17,000 undocumented migrants in the largest “regularisation” scheme in the state’s history.

The government recently granted permission to remain to around 2,200 former English language school students who had stayed on to work in jobs here after their visas expired.

I dunno, that headline seems incomplete surely it should read…

Minister to give residency permits to 17,000 ILLEGAL migrants

… but it’s behind a paywall so I am not sure.

I believe the language de jour is ‘undocumented’

With Ministers of Justice like this, who needs enemies.

I’m not the only one so…

Amnesty: 17,000 illegal immigrants to be given residency in Ireland

. What a perfect contrast.

With projected travel into the State significantly down on normal levels, Ms Canavan urged people who did not have an essential reason to come back to Ireland to stay away at Christmas.

Youth unemployment at a fairly manageable 47%…

Youth unemployment at a fairly manageable 47%…

What a bunch of layabouts, ooh when I were a lad we worked 12 hours a day seven days a week, half day on Christmas when we were lucky…young people today don’t know how good they have it

Besides that, we should all view this as good news!

It means we can ignore any and all laws as we see fit, en masse, so let’s see, say lockdown and non-essential business impositions, feck it, just open, earn your crust, be an illegal trader, wear your face with PRIDE and smile!

Your amnesty will be along in double quick time.

Removal of illegal immigrants.
The removal from the State of persons with no legal right to be here is a necessary feature of the enforcement of immigration legislation with the purpose of upholding the integrity of the immigration system. Ireland is no different to other countries who also remove individuals who have no lawful right to remain within their territory.

In 2013, the immigration authorities will be focusing on the effective enforcement of deportation orders; in particular to countries it has been difficult to deport persons to in the past. To that end, opportunities for cost effective removal operations in cooperation with the UK, EU and other international partners will continue to be explored.

Extraordinary. Usually, in Ireland, if you say that one way to reduce the demand for housing is to lower immigration, you’ll be dismissed as a rabid racist who’s peddling fake news.

But in the Irish Independent this morning, no less an authority than the ESRI is out warning that a reduction in immigration, due to Covid 19, may lead to a fall in the demand for new homes:

“Research from the Economic and Social Research Institute (ESRI) for the Department of Housing says Ireland may need to build as many as 33,000 new homes a year to meet demand….

……However, the ESRI research says the need for housing could be far lower, at 26,000 a year if inward migration slows. The authors say one reason it might is the knock-on effect of Covid-19.

“It is likely that travel restrictions, uncertainty about the evolution of the pandemic and lower confidence may result in migration being lower than in the baseline scenario, at least in the short term.”

Does 4 million into a country of 5 million qualify as a replacement yet?

THIS country would need 4-million migrants over the next 30 years to maintain the financial health of the State pension system.

The stark warning was made to the Government-appointed Pensions Commission. It was told that the number of older people is rising fast, leaving a smaller proportion of those in work to fund the pensions of the over 65s.

Central Statistics Office statistician James Hegarty told a commission meeting: “The population of older age groups will increase, and this will have e a significant impact on the ratio of working age people to pensioners.”

He said at a meeting in December that there are currently five working age people to every one person over the age of 65.

But Mr Hegarty said Ireland is still younger than most European countries. This is due to the fact that fertility rates have only started to drop here recently, while they have been falling in the rest of Europe for a number of years.

This country is moving to the EU average with more older people and fewer younger people, Mr Hegarty said.

“To maintain the current ratio of five workers to one older person in 2051, it is estimated that an additional 4 million migrants would be needed,” he told the commission.

But the statistician and commission members unlikely that net inward migration will reverse the current trends. And some migrants would become pensioners themselves.

“An additional 4 million migrants by 2051 would create significant challenges e.g. in terms of housing, transport, employment,” the minutes state.

The Irish Fiscal Advisory Council (FCA) told the commission that currently €850m a year is needed to cover pensions, and costs will grow substantially.

It is anticipated that expenditure will outstrip revenue by 2025, largely due to increasing costs for pensions and long-term care.

FAC chair Sebastian Barnes said tax and spending would have to adjust to fund pensions, while the pension age would need to rise.

Social Protection Minister Heather Humphreys spoke at the first meeting and made it clear that a reduction in the amount of State pension was not to be considered.

The Commission on Pensions has been told to report by the end of next June on the qualifying age for the State pension, contribution rates, total contributions and eligibility requirements.

This prompted a commitment in the Coalition Government’s programme for government to maintain the pension age at 66 pending the completion of the Commission’s work.

The pension age had been due to go to 67 this month.

The commission has been asked to look at projected changes in demographics, and review the situation in other countries, among other considerations.

It has also been asked to examine how private sector employment contracts specifying retirement ages below the State pension age may impact on the State’s finances and pension system.

So what happens when those 4 million retire, import another 8 million to fund their pensions!

I’ve stayed time after time because I do love Ireland. I’d have done better in my career (wouldn’t have switched career) if I’d moved abroad. Which would have been very, very, very easy when younger in my old job. Time after time I made the decision to stay.

Not so easy to emigrate now given my age perhaps, though I have a rake of qualifications etc. But yes, I’m considering more and more that staying may have been a mistake, in a country that seems to treat its “citizens” as little more than economic units from which they wish to extract the maximal profit. Not kidding. Housing? Healthcare? Education for kids? Hell, even the birthrate (given economic pressure on families)?

So yes. I never thought I’d have said it, even 3 years ago, even with the housing and financial pressures, but if things keep going the way they are going… still don’t have a house (although partly due to poor financial planning, and work pressures, and commuting radius from workplace) while paying taxes through the f***ing nose.

But to where? The craziness is global.

Radical idea for the pensions - take work pressures off individuals (give them time to date ffs) and financial / housing off families (to have kids!)… but I guess that’s the crazy talk…

Normality seems to be that is we dump really qualified and altruistic people out of the country (do most people realize how many doctors & healthcare workers are non-nationals?) and make it hard for them to get citizenship, while making it very easy for unskilled to stay…

Ireland needs four million migrants to think about getting it’s own currency back.

No wonder I’m seeing headlines like this when I check what’s going on in Ireland from afar.
https://www.irishtimes.com/news/environment/days-of-three-bed-semis-in-dublin-are-over-as-high-density-housing-plans-take-hold-1.4460746

Whenever I looked into returning the cost of accommodation was just too high. The difference between high rent or mortgage repayments versus affordability impacts everything in your life.
More years passed by and the crisis continued to worsen and I now see things like co-living being bandied about as a solution.

Now someone is talking about dropping 4 million more people in on top of that. Wow, just wow. I really hope remote working shakes things up for the better.