Someone like her should really prefer a slowdown in migration since she has a sick child requiring hospitals. She appears to be a migrant herself. This should not automatically mean someone is pro open borders or unrestricted numbers. Again she has a sick child. Incumbent migrants who have made their home in Ireland already also suffer from over crowding.

But it is clear she is a moron. She automatically calls it racist that irish should be homed first and foremost.

Mr McGrath said the Irish public had been very generous and welcoming in their response to people fleeing the war in Ukraine “but does that mean if your neighbour comes and helps, that you give him the keys of the house?

“Do you give him the keys of the house, give him our car and give him our bank card? People are doing this, but the Government have no plan.

“Just tell everyone we have open borders here — we’re like a magnet attracting people from everywhere and then the systems can’t function. Social welfare, health, all the different systems, speech and language therapy people on lists for four years, you name it, we’re already in a mess. I want to see the people being properly looked after, a proper welcome with proper services, not hand it over to too many and then we’re not able to deal with them.”

When asked if he wanted to see limits on the numbers of refugees, Mr McGrath said he did. Ireland should “cut our cloth according to measure as we would have to do with a household — we can’t just have open borders and the Taoiseach running over to Europe being a good boy every time — cheerleading to cut off Russian gas; cheerleading that we have open borders.

“Other countries have learned the lessons here and we’re just blindly running down a cul-de-sac and we’re going to be in huge trouble,” Mr McGrath said.

Arrivals from Ukraine in Ireland Series 3

@
Not only are Sinn Féin pro open borders, they also want to put a Compulsory Purchase Order (steal) on Irish people's properties and hand them over to asylum seekers/welfare migrants. Sinn Féin are an absolute joke. https://t.co/D07QNX5sXN
Pill June 24, 2022, 6:01pm #862

And the open borders gang 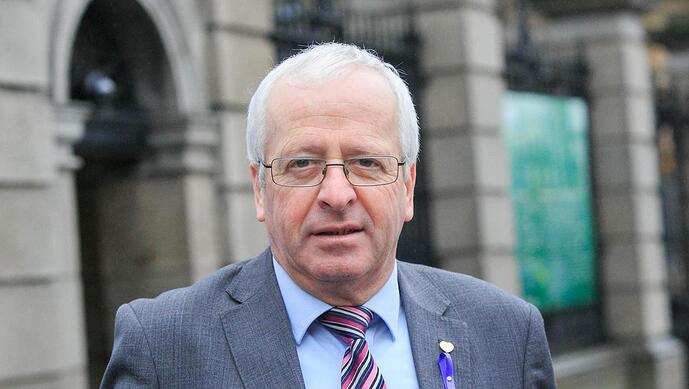 Independent TD Mattie McGrath has been criticised for saying on national radio that he would like a cap on refugees. 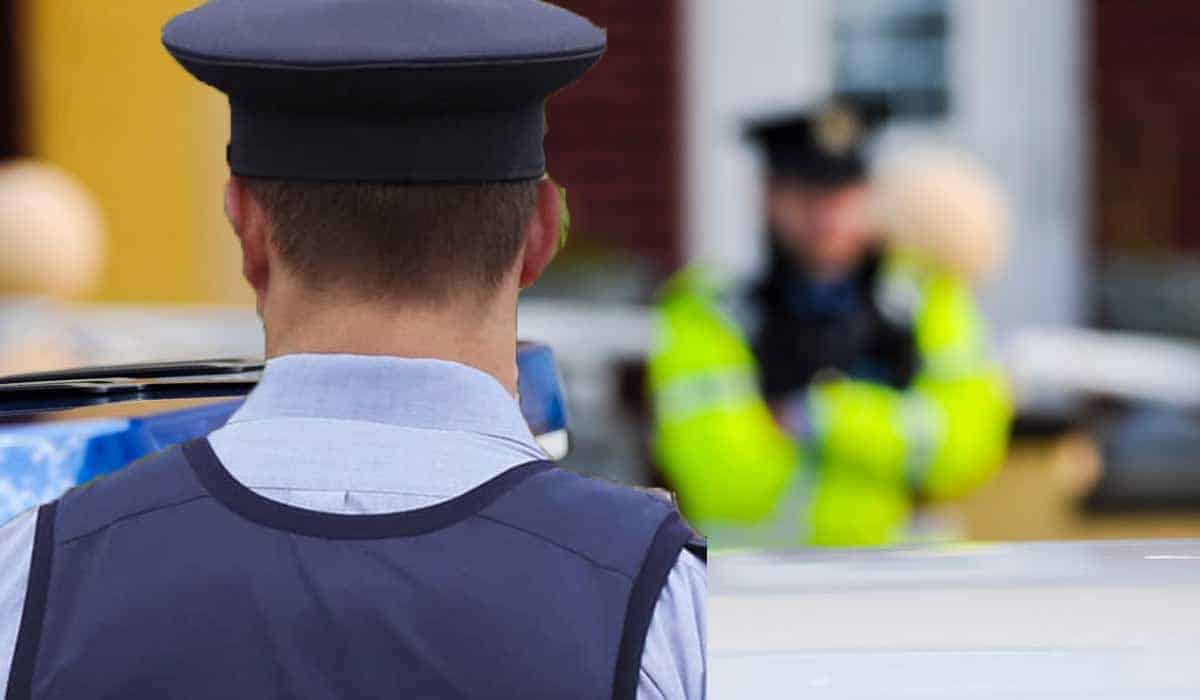 A total of twelve people have been arrested following an operation carried out to target wanted fugitives who Gardaí say 'pose a risk to local communities.'

As allways. A prize prick.

Some spots in Europe are still protected

The migrants, mainly from sub-Saharan Africa, attempted to scale a barbed wire-topped fence on Friday, leading to violent clashes with Moroccan police and Spanish security forces around the perimeter of the territory on the north African coast. Morocco said that 23 migrants were killed and scores injured in what it described as a “stampede”, with some crushed and others falling from the top of the fence. The Moroccan Association for Human Rights (AMDH) put the death toll at 29, citing local medical officials.

The deaths mark the most serious incident at Melilla, which together with Ceuta, another Spanish enclave on the coast of Morocco, have attracted thousands of African migrants trying to enter Europe over the past decade. Spanish police estimate that more than 13,000 immigrants crossed the Mediterranean from Morocco to Spain last year. More than 140 mostly Moroccan police officers were also injured, five of them seriously, in the two-hour clash between predominantly young male migrants, some armed with sticks and stones, and security forces in riot gear who fired tear gas into the crowd. Video footage, which AMDH said was shot by members and sympathisers, showed dozens of migrants lying on the ground by the border fence with Moroccan security forces standing over them. Many appeared injured and some were apparently lifeless.

Pedro Sánchez, Spain’s prime minister, blamed “mafias that traffic in human beings” for what he called “a violent and organised assault” on the Spanish enclave. He said Spanish and Moroccan police had co-operated in “repelling this violent attack”. Esteban Beltrán, head of Amnesty International in Spain, called on authorities in Spain and Morocco to “promptly investigate the serious human rights violations” that occurred “on both sides of the border”.

He said Amnesty had seen images showing Moroccan security officers using “excessive force against migrants and refugees”, saying they used “batons to beat people who were already totally under their control and who did not offer any resistance”. Beltrán also accused the Spanish authorities of forcibly ejecting migrants from Melilla, a practice he said was prohibited under international law because it prevented possible refugees from making requests for international protection. He said most of the migrants trying to enter the Spanish enclave were fleeing conflict in South Sudan and should be treated like war refugees. “It is essential to create a legal and safe route for people to ask for asylum,” he told reporters.

Human rights organisations in Morocco have also called for an inquiry. Morocco has on occasion turned a blind eye to migrants attempting to storm the border fences at Ceuta and Melilla as a way of putting pressure on Spain over its stance on the disputed territory of Western Sahara. Friday’s mass attempt to enter Melilla was the first since Spain moved to mend frayed diplomatic relations with Morocco by announcing last month that it supported Rabat’s plan to offer autonomy to Western Sahara under Moroccan sovereignty. The UN has tried and failed since the 1990s to organise a referendum to determine whether Western Sahara should become independent or part of Morocco.

Edited for the PayWall

The #IrelandIsFull hashtag on the twatter looks to have very much taken off.

@
18 dead after a mass attempt by 2000 African immigrants to force their way from Morocco into Spain’s enclave of Melilla. 500 illegals managed to enter the border area after cutting a fence with shears. 140 security personnel and 76 migrants were injured during the incursion.
Pill June 28, 2022, 7:26am #870 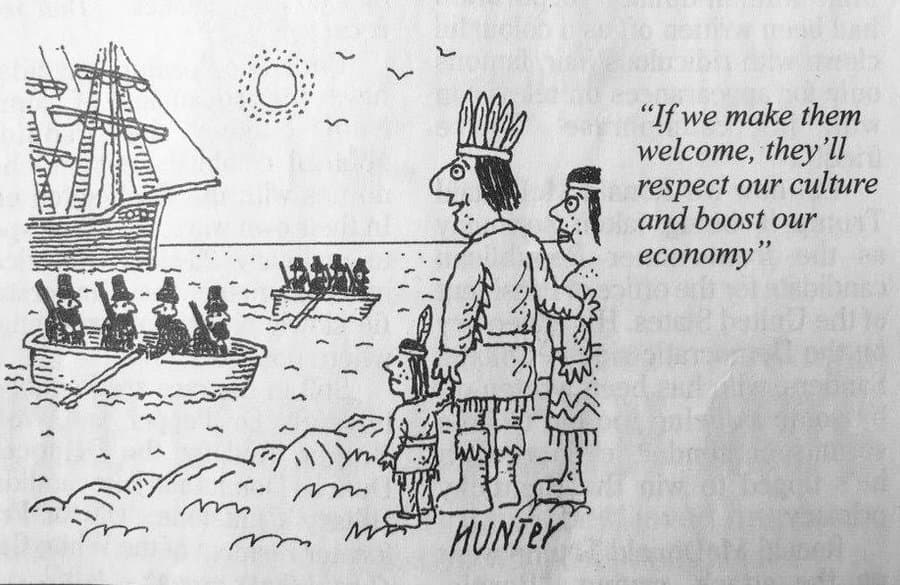 Helen. It’s not the likes of your son whose bumping the numbers up. Look at 3 of the last 4 female violent deaths in Ireland. What’s changed in Ireland "since you were younger" 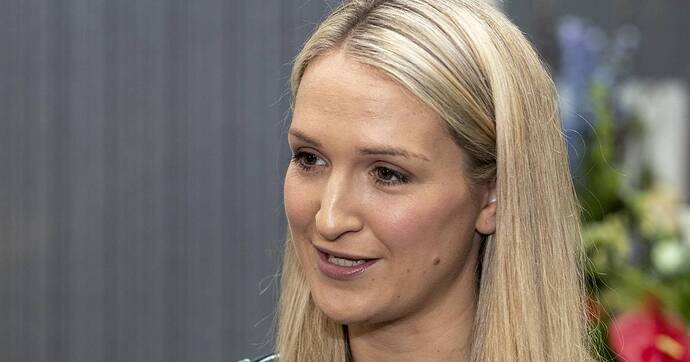 On Christmas Eve, Zeinat Bashabsheh (42) was violently killed at her home in Park Na Sillogue Court in Enniskerry, Co Wicklow. Her partner has been charged with murder.

Fabiole Camara de Campos (32) was found dead at her home in Charlestown Place on St Margaret’s Road in Finglas on November 4th having suffered several stab wounds. Her husband has been charged with her murder.

Dressed in a black T-shirt and tracksuit bottoms, Mr Costa Silva, also a Brazilian national, sat silently at the side of the courtroom. He listened to the proceedings with the aid of an interpreter.

Murphy was jogging along the Grand Canal in Tullamore shortly after she finished work at 3 pm. She was attacked at around 4 pm on Fiona’s Way, a canal walkway just outside the town in Cappincur, named after missing woman Fiona Pender.[10] Murphy sustained serious injuries consistent with a violent assault and was confirmed to have died from strangulation 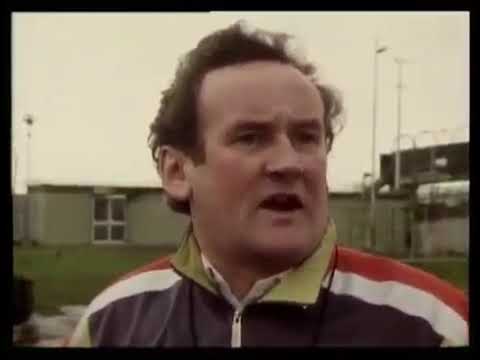 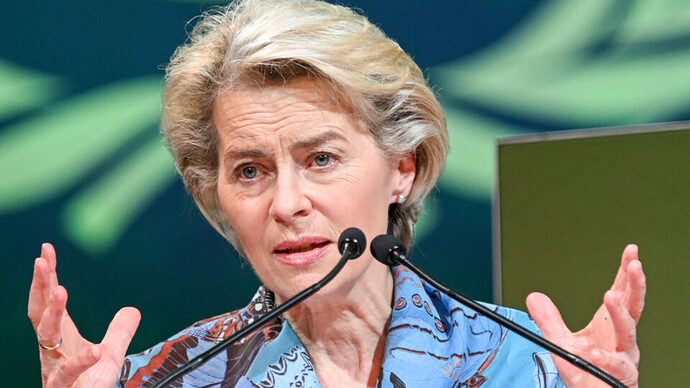 Revealed: Ringleader of Rochdale grooming gang WON’T be deported to Pakistan because of loophole that let him RENOUNCE citizenship of his native country just five days before key hearing

Indo being racist as usual, by highlighting crimes committed by these vulnerable parishioners. 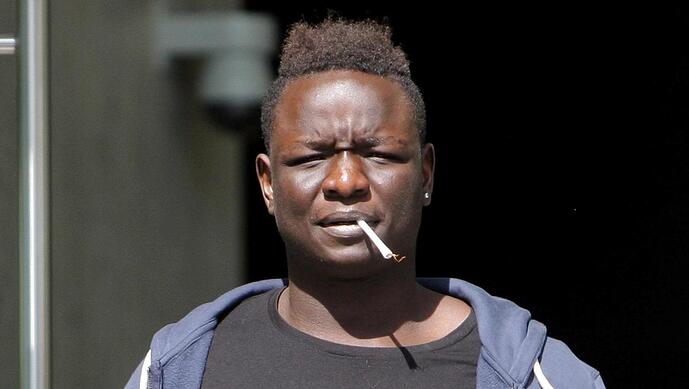 Man involved in €35,000 fraud and assaults on two sex workers is jailed

A Dublin man who was involved in the theft of €35,000 and the assault of two escorts has been sentenced to five years in prison.

An interesting topic here from 2008, where user @PROFESSORI was highly prescient and correct on many points or observations they raised, despite the incredulity expressed by many posters, they stayed on point and expanded it out, completely relevant to this topic because Ireland is now there if not past what was very clearly outlined 14 years ago : The Great Experiment Is Over

"However I would content that this portion of your link, namely .

[quote]
It is predicted that by 2020 the population of Ireland will have grown from 4.1 million to 5.3 million. The number of immigrants will have risen from 400,000 to 1 million and will account for 19% of the country’s population.
[/quote]

The Prof wasn’t far off on pop.

Edited as linky no working.