No more weather. Cause you will be dead. 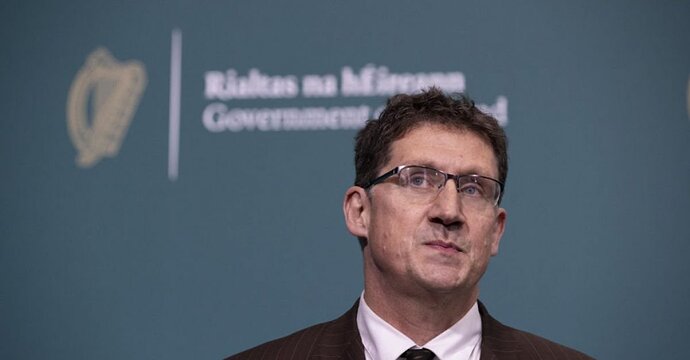 :netherlands: Dutch Vs The Meance
Attack of the Climate - Emissions Ryan, Proxy Drone of the New Gods
The Nightmare That Builds Utopia?
Open_Window March 24, 2021, 5:12pm #2

“No country has ever set such an ambitious target,” said Mr Ryan. “It’s a challenge beyond compare but one we are going to achieve.”

Ireland Model (guniea pig) for the (New) World (Order) and you’ll be happy but a bit hungry and somewhat lethargic due to your staple of regimes issued Soylent portions.

Mount Etna erupted some weeks ago, not getting much covered in the press.
How many tons of climate nasties has that volcano alone spewed into the sky in these few weeks, and how do they compare to the tons of animal farts per year that the greens want to eliminate?
Please will someone do something about the green madness, we understand this type of news is a welcome distraction for Fianna Fail and Leo failing to manage coronavirus, but real lives will be affected by the green proposals and not in a good way.
Removing animals from our countryside will lead to an explosion in insect life which in turn will cause far more emissions to the environment than sheep or cattle ever did.
The greens need to know that insect farts are a huge part of their ‘climate’ problem too, causing way more tons of carbon emissions annually than national herds, and just because you cannot see them doesn’t mean there not there, below the radar, farting and belching away, are we next going to go after the insects??
Our national herds should be the pride of this country, how in the name of God have we let utterly bogus science take us to this point of considering destroying them, mad, madness

Living a crime, guilty as born.

As always, read the end of an article to know the score:

“No country is attempting such a steep decarbonisation over one decade, let alone enshrining it in law,” he added.

Village Magazine reporting {promoting) today that a new left wing party is about to be launched, a breakaway from the Greens/ This will be fun

Village Magazine on Twitter: "Twitter reaction to this seems to indicate the new party should maybe emphasise its origins in basic failures of the Greens rather than failures of the Left since parties on the Left need to be allying." / Twitter

Mount Etna erupted some weeks ago, not getting much covered in the press.
How many tons of climate nasties has that volcano alone spewed into the sky in these few weeks, and how do they compare to the tons of animal farts per year that the greens want to eliminate?

Yet again you are falling into the trap, trying to rationalise something that is not rational.

I pointed out over 10 years ago here many things.

One was that when you put CARBON next to the word TAX it gives the game away by sheer force of implication.

Once understood, this relieves you of ever needing to pay attention to the marketing and social-conditioning. You see it for what it is, another co-opted front to hide the Menace.

I hold the very opposite view.

The “scarcity” narrative is a great big fat lie, misdirection, a dark-construct used to keep humanity in a mindset that it remains at it’s tolerable and manageable worst, to be held up as a false truth to maintain the lie, keeping all as far from it’s true potential with inalienable rights and bountiful heritage.

Given that there is a crisis, were these fires ever extinguished? 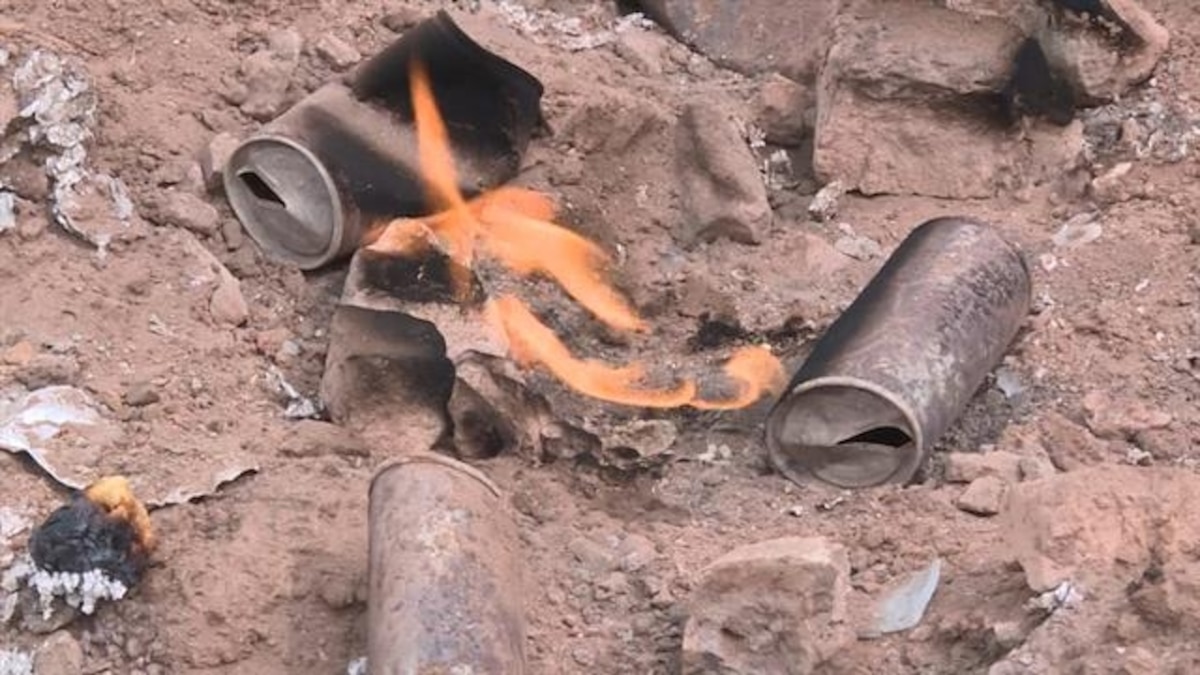 This Underground Fire Has Been Burning for 59 Years

Leftover fuel from an abandoned gas well keeps the embers going in this southwest China village.

The Covid-19 pandemic has exposed the inequalities in society and highlighted the need for climate change action, the Lord Mayor of Dublin has said.

Of course it has…

Comfort is not all it’s cracked up to be, ya follow?

There will be no sacred cows on the island of Ireland in all respects. 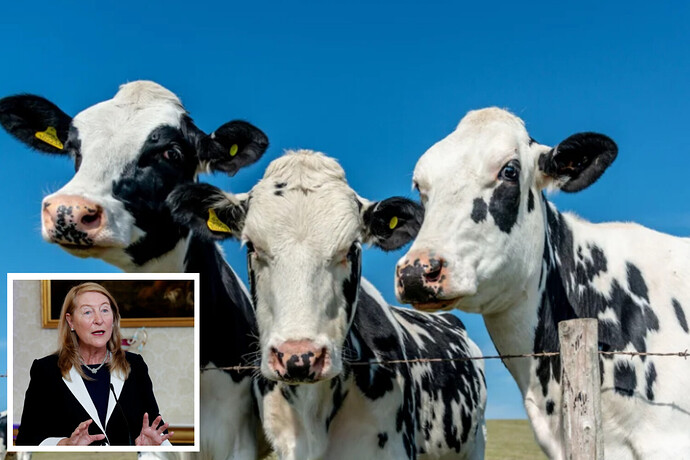 Ireland will need to look 'very seriously' at cattle herd in years to come...

IRELAND will need to look “very seriously” at the country’s cattle herd in the years to come, a climate change adviser has said. Marie Donnelly, chairwoman of the Climate Change A…

Cow farts, a menace to public safety but…

You’ll Eat Nothing and Be Happy

They really are going for it, the full occupation, remoulding of Ireland in the image of the Brave New World Borg, it is full steam ahead, what is pushed and perfected here will be rolled out elsewhere, and a good place to start were few have a clue or have access to living memory, excepting the eastern europeans who know all about it to some degree or another.

You’ll Own Nothing and Pay for it.

You didn’t think the Climate fairies would be around any moment now to cover the tab did you?

The Government unveiled its €125 billion Climate Action Plan (CAP) on Thursday, aimed at tackling climate change over the next decade. Photo: PA Images

The majority of the new Climate Action Plan’s costs will fall to individuals, households and the private sector, not the State, the coalition leaders have confirmed.

Ho ho ho… the regime electrical car is not even fully charged and the wheels are already coming off!

Every household to get €100 off first electricity bill in 2022

No one voted for any of this, now the buy people off with their own money trick.

“They do in their bollix.”

These will pay for themselves within 40 years, as long as price don’t inflate yea… noice!

The orange glow that permeated Dublin’s sky at night for more than half a century is set to fade into history under a plan to upgrade public lighting across the city at a cost of more than €55 million.

Dublin City Council will this year begin a four-year programme to replace some 40,000 old street lights with LED technology, which will result in energy savings of more than 50 per cent or up to €1.5 million a year and will “contribute significantly towards the council’s green transition goals”, it said.

It will also serve to significantly reduce “sky glow” – the orange hue that pervades the city’s skies at night, bringing Dublin closer to having dark skies above street level.

Nothing wrong with replacing them when they deteriorate due to age, just wasteful to replace them too quickly when they have many years of service life left.
Anyway, the orange skyglow will be replaced by the white skyglow, so town dwellers will still not get to see the “horse head nebula” from their back gardens/balcony’s.

There is a lot wrong with them, aprt form the spend.

I wonder has there been any safety testing on how they may reduce low-light and nightvision, which woudl be ironic.

The main issue is the angling of the down light beam, I find that many dazzle drivers, but that is an easy fix if the shell is designed to stop the light shining outside of 30deg from the vertical, then there is no night vision issues.

There is the slight problem of them costing €1375 per light.
Someone has the arm in deep.

With a proposed 36 year payback.
However most streetlighting electric bills are fixed rate unmetered.

Cover for widespread 5g network, face recognition cameras plus whatever “tech” they have maybe?