Ireland is in a "Good Place"

Dealey Plaza, a good place for an open top tour on a sunny day, so far. 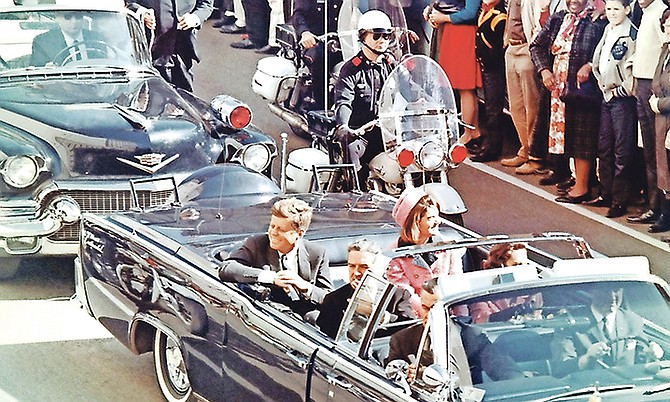 Worst hospital overcrowding since pandemic began with 467 on trolleys

There were 467 patients being treated on trolleys in Ireland’s hospitals this morning, Irish Nurses and Midwives Organisation (INMO) figures have revealed.

The union warned that hospitals were returning to pre-pandemic levels of overcrowding. Last week the INMO issued their monthly trolley analysis which showed that it was the second worst ever September for overcrowding in Ireland.

The INMO is calling for “a detailed winter plan” as flu season approaches and for action to be taken to keep patients and staff safe.

…INMO General Secretary Phil Ni Sheaghdha said: “This is a very dangerous situation. Not only is it putting our members and their patients at significant risk of Covid infection, but it is placing an extraordinary burden on a workforce that is completely exhausted.

“Letting overcrowding escalate over the coming months, as we have seen happen year after year, is going to lead to very poor outcomes for patients at a critical time in the pandemic.

“We need to see government coming forward in the coming days with concrete plans for keeping hospitals safe for patients and staff for the coming winter. That means a detailed Winter Plan from the HSE that includes increased capacity in the community. Next week’s Budget must include plans for substantial investment in homecare packages.”

Professor Philip Nolan said Ireland is on a “knife edge”

A measured rather than an emergency response to the recent rise in Covid-19 cases is needed, NPHET's Professor Philip Nolan has said.

“We don’t know if it is a step change … and will stay at this level, but we are worried that we may be seeing genuine growth [in the virus],” he said.

He said there is a worrying number of Covid-19 tests being requested and there is also a concern that positive cases may translate to increased hospitalisations next week.

Lets have a look at that knife edge, with this hopefully cleaner graph for period May 1st, 2020 - Oct 12th, 2021 to see both summer periods.

September the case were dropping and so too were hospitalisations, gently but the trend was going down.

During nearly all of September the volume of external lab tests (red line) were ramped up significantly and is unprecedented, but the hospital labs test were showing a gentle down trend for that period - also note back grey fill area shows total volume of testing (red+blue line) - Ireland has never tested so much ever, 2021 is the official year of the Testdemic. No doubt about it.

Overall cases jumped up in July, and have not gone dow. substantially, that is over 3 months ago. You might notice something else.

Right now, 3 months ago jump in cases with a peak in August is not sudden.

Anyone want to speculate to the sudden jump in cases in July that has us in tha good place?

Did a quick comparison of monthly test volume for 2021 Vs 2020 in terms of percentage increase of volume.

Behold June 2021, the largest increase, a 757% increase on testing volume sent to the external labs compared to June 2020.

IIRC correctly, none of these figures have been available until that terribly unfortunate HSE Super Cyber attack that also attacked Tusla and the Dept. Of Health, for many days before the public even knew - making it impossible to track in relative real time until now, 3 months later.

In conclusion, a 757% increase in demand for tests in June vs previous year, is not a cause for concern.

I love it when an image metaphor comes together: Good Place = Vulnerable Place

-masks mandatory all settings, not just retail, health settings
-stay working from home if you can
-keep 2m distancing if you can