…The Cabinet also heard that vaccines should be given to those under 16 years of age.

…Vaccine immunity is not indefinite, the Cabinet was told, and vaccinations should be extended to people under 16 years of age.

From what I can see every day, there are droves of teenagers not social distancing and you would assume, bringing the virus home to their older family members.

So I’d be in favour of this…

From what I can see every day, there are droves of teenagers not social distancing and you would assume, bringing the virus home to their older family members.

So I’d be in favour of this…

Ah this is the, “everyone needs to be fully-vaccinated for my (the) vaccine to work” logic.

You seem to have very little faith that the fully-vaccinated adults who have consented to take experimental injections being protected from the “invisible enemy”.

So why would you condone giving something that you have no faith in actually working, to children and babies?

Teens and children are not carriers. To transmit one has to have active symptoms. Children and teens have very high cross immunity due to their exceptionally high rate of corona virus infections. Up to 10% at any given time during school year in winter. Which is why (unlike with pandemic flu) the death rate for teens / children from SARs viral pneumonia is statically zero.

The symptoms of active SARs 2 infections dont include wet coughs or sneezing. So “social distancing” has about as much scientific basis as sprinkling people with holy water.

The flu shot has more than 70 years of development history and research yet its annual efficacy is at best 50%, more often heading towards 20%. Yet we are supposed to believe that a vaccine using previous unapproved delivery technology for a virus group that has a long history of failed vaccine development is miraculously more than 90% effective.

I’d put the probability of that being factual correct as less probably than the Anglo Irish banking collapse in 2008 being caused by Lehman Brothers going Chapter 7.

The SARs 2 vaccines actually do harm and kill children in large numbers. Unlike the standard childhood vaccines which are incredible safe and are a huge public health asset. The SARs 2 vaccine are de-facto placebos from a purely epidemiological point of view. A vaccine cannot control a casedemic.

Oh yeah, as the R0 < 1.2 the base vaccination base rate is less that 50%. Probably closer to 40%. So in order to control an infectious disease using mass vaccination a vaccination rate of around 50% is more than enough according to the science. But this was never ever about the science. With mass hysteria it never is. 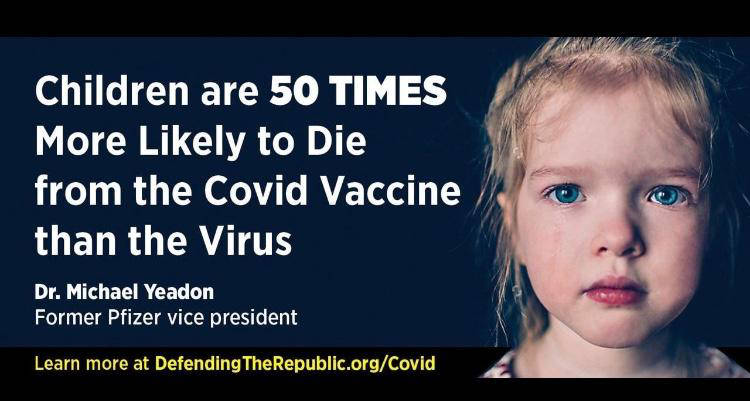 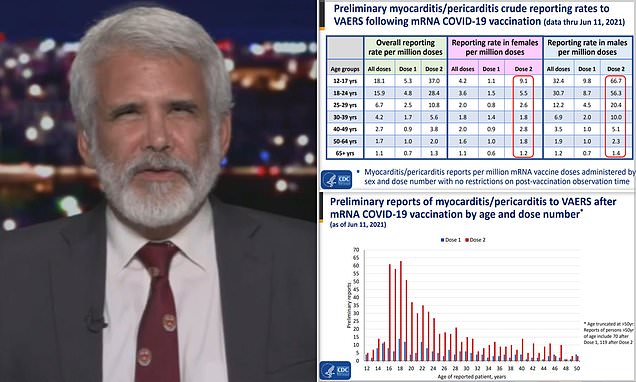 Dr. Robert Malone, inventor of mRNA technology that's used in the COVID vaccine, told Fox's Tucker Carlson that young adults and teens shouldn't be forced to get the vaccine.

Taoiseach calls on health experts to reconsider vaccines for younger …

Still coming for your children.

Still coming for your children nor do they intend to ask you.

Taoiseach asks for expert advice on vaccinating children against Covid

You could almost be forgiven to think Martin is signalling how he is not in control and Ireland is now full on Brave New world order society, run by unelected distant “expert” and “expert groups”, but there is no denying the plan there is no longer any denying the final goal is to get all the children, shoot up all the children, but they have to make there way through everyone else first and then they come for your children.

“Europe is preparing for the vaccination overall of children for next year. But for children with underlying conditions, it’s more immediate and urgent” he said.

He said Government would take advice on the subject, and follow the safest path.

“We have to take advice. Politicians on their own will not make decisions in this country in relation to vaccinations” he said.

Your Indoor dining “status” or “rights” mean very little to your children if they are dead, or you are dead.

Other archived version of the same story pushed in Irish media:

Taoiseach asks NIAC for advice on vaccinating children against Covid-…

Of course no one has queried it but they’re going for the weakest children first and probably this year.

Irish politicians and the unelected councils of experts want to inject the sick children with their experimental genetic injections that have already killed many children, they want these children to be the first in line. The rollout begins.

A 12-year-old with cystic fibrosis has pleaded with the Government to allow him be vaccinated against Covid-19, so he can be protected from the virus and hug his father for the first time in six months.

Jason Larner, from Garryowen in Limerick, knows what it is like to be seriously ill in hospital, requiring numerous intravenous antibiotics due to his life-threatening and life-limiting lung disease.

Last month, the European Medicines Agency Board (EMA) approved the Pfizer vaccine for 12 to 15-year-olds but Ireland’s National Immunisation Advisory Committee (Niac) is still reviewing this.

Jason’s mother Joy O’Donoghue said she and her son’s father, who are separated, agreed that because his job involves working in close proximity to others, he would sacrifice close contact visitations with Jason and his younger brother Liam (8), in the interests of keeping Jason safe.

Any parent that allows their children to be injected with an unqualified substance should be charged with child abuse.

Q. Why can’t his father get vaccinated and thereby remove risk of transmission to his son?

A. Because vaccinated people can still transmit, and in some cases die from the virus.

Q. But doesn’t that mean that even if the child gets vaccinated, he’s still at risk of contracting and possibly dying from the virus?

A. Stop being unhelpful.

Any parent that allows their children to be injected with an unqualified substance should be charged with child abuse.

I’ve seen the identical comment and diagnosis aimed at those who do not get any injections for their children.

In terms of the level of mind control that has been exacted on the nation people and the world. It’s probably best to not attack the human shields and innocent victims the darkness hides behind and instead pin it on the perps, all of the perps.

Coming For All The Children Everyday now.

There is nothing of value left in the demonically demented hellbent media when they cheerlead Mother & Baby Home life for all. The media should dead to all at this point. They give voice to child hunting terror cells - Asl yourself: How do they remain so Wellcome in the media?

‘No way’ to end cycle of transmission without vaccinating children

HSE chief executive Paul Reid said on Sunday the National Immunisation Advisory Committee was examining whether to recommend vaccination of 12- to 15-year-olds.

The “cycle of transmission” of Covid-19 and variants will not be broken until children as well as adults are vaccinated, leading experts warn.

‘No way’ to end cycle of transmission without vaccinating children

You were asleep then but are you awake now?

Mandatory vaccines for children under consideration 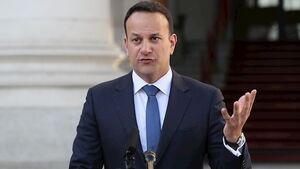 The Taoiseach has refused to rule out making vaccinations mandatory for children in Ireland.

The move has been proposed by Health Minister Simon Harris and is being examined by the Attorney General.

A combination of a growing anti-vaccination movement and a sharp rise in the number of cases of measles has led to the considered changes.

Taoiseach Leo Varadkar says he hasn’t made up his mind on making vaccines mandatory, but he’s open to it.

"Whether or not we should make them mandatory is really just something we’re considering at the moment.

"As a government, we want to look at what’s best practice in other countries and we want to know if it’s effective.

“Generally speaking, Irish people don’t respond well to coercion but this is also a public health issue, so it’s something that has to be considered at this stage.”

It’s a global push. For All the Children.

CALLER: Will they need their parents permission to get vaccines? And, in terms of, I guess just capacity in vaccination sites, will those students, will those youth, be able to have their parents, a guardian, accompany them in to get their vaccines? How will that look once children start being vaccinated?

DR ROBERT STRANG: So we don’t actually require for even our routine grade seven vaccinations, they don’t actually have to have parental consent – it’s on the judgement of the immunizer, whether the child…the youth is determined to be able to make their own decision around vaccine, and that will carry through for this COVID vaccination as well. 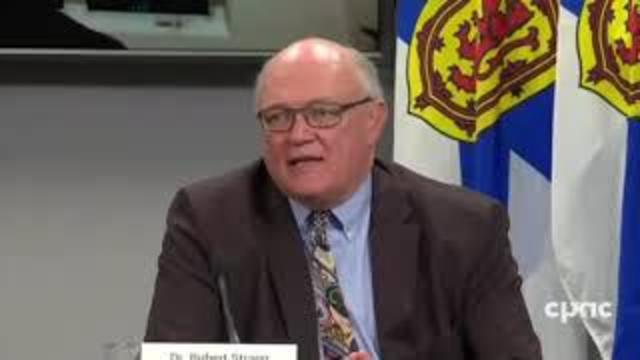 Also out of the Army Times Prepare for mandatory COVID vaccines in September, Army tells commands The Army has directed commands to prepare to administer mandatory COVID-19 vaccines as early as Sept. 1, pending full Food and Drug Administration li…

Longtime lurker. Now looking at the way this is going it looks to me like vaccination will be mandatory and all your freedoms will be removed until you Jab up.

I can see the law being passed using that special provision in the constitution that says it can’t be challenged.

This is the most insane thing I have experienced in my life - I’m in my 50’s.

I have a daughter and need to keep her safe.

What counties are safe. Planning to exit soon.

Would love to have your opinions.

Top choice right now is Cape Town. Preserves wealth. Good English ecosphere. Yeah security is an issue but not so great as you might think if you are sensible.

UK might be OK - watching it closely and Sweden says that vaccination won’t be compulsory.