2 weeks to flatten the curve eh.

) there a year ago when I was sniffing around them, although you can draw your own conclusions from the stuff she’s into. But anyway, how’s this for a quote?

But injecting old people with dementia, killing hundreds, with a vaccine of a type that has never received regulatory approval due to serious side effects, for no possible positive health outcome, thats fine by her it seems.

She sounds like she would have been perfect as a camp doctor in a gulag or konzentrationslager. She sounds just like the type.

…I can see the law being passed using that special provision in the constitution that says it can’t be challenged.

BTW can you remember that provision for “infallible” rule?

The Irish Constitution allows the President to submit legislation to the Supreme Court. Post approval such laws CANNOT be challenged as to legality. There is an avenue to go to the ECHR but recent judgements from there seem to favour a PUBLIC GOOD argument in favour of the “vaccines”. In the current hysteria this looks like a slam dunk for compulsory vaccination for EVERYONE incl. your kids.

This is despite all of the evidence that the “vaccine” does kids more harm than good.

So I’m trying to think out locations where I might be able to avoid this. Most of EU land will fall to this kind of law. So less developed countries start looking viable. But I still need to complete my daughters education so language is an issue although English Baccelaureat is always good.

Infallibility is a myth - the preserve of Dictators.

@Connect4 Is this what you are referring to or is it somewhere else?

ave jurisdiction to question the validity of a law,

Yep - that’s the one

In our perverted reality the common good could be portrayed as a balance where you kill every 10th child to save 50% of the over 70’s. Everyone is equal - right. No such thing as society - check.

Certainly stands up there with the justification of waterboarding torture coz there might be an attack somewhere logic.

World War is nothing. It’s a Final Solution. A global reset. A harvest.

World War is nothing. It’s a Final Solution. A global reset. A harvest.

You have a point.

Harvest. Interesting phrase that I had an interesting conversation about once before.

Like the shaking of both hands to separate the wheat from the chaff. Those that do not make the cut do not go into the new future…

Don’t get on the ships!

I am getting bored and need a holiday!!

Do I need a PCR test or Covid cert for a trip on a space ship? Hmm? Do I?? 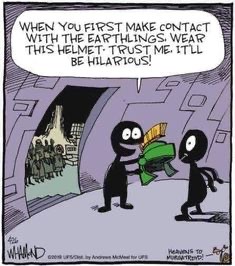 Both my parents are nurses (retired now, after 45 years in irish public health nursing in rural ireland and St. James):
They raised 7 kids.

The lockdown measures for children were always going to be a timebomb, in terms of basic personal health and bodys’ own defence mechanisms and immune response.

Doctors say children haven’t been exposed to range of bugs due to lockdowns, distancing and sanitiser and their immune systems are suffering

I know Cape Town is unscathed so far but would you risk it? It’s looking like civil war is kicking off in SA. Norway might be a good option if you don’t mind the weather, or Japan if you could handle the cultural differences. Depending on how badly things spiral out of control globally Ireland might just end up being not a bad place to stay.

Wow - just wow. I had not expected the mandating of vaccines to accelerate so fast right across the EU. France, Greece, UK. I thought I would have some time - I had expected this in the Winter flu wave.

The proposed Irish legislation locks you out of your job, your kids out of school and potentially out of buying food.

South Africa could be a lost cause. How do I get into the States ? Even qualifying as a high skilled employee it will take too much time to bring my family. It’s 1933 in Berlin again.

I don’t even know if work visas are being processed these days? Maybe they are, but any US employers with two CVs in front of them, a US and a foreign, even in the past would know the second has a lot more paperwork.

Visas to the States are being processed, but with big backlogs