Over 144,000 Covid-19 vaccines administered in Delhi on Thursday

Over 1.44 lakh people were vaccinated against COVID-19 in the national capital on Thursday, according to the Delhi government's vaccination bulletin.

Trolling with numbers in the matrix or something else?

It’s amazing how initially the vials form Pfizer had to be stored at such seriously low sub-zero temps they had to construct special storage units to keep them super chilled, and then it was no bother at all and lash it out, the sub-zero storage didn’t seem to be such a requirement, what was that all about eh… inject early, inject often!

There has been anonymous led speculation on line from at least one claimed insider, that there is no way there would be the capacity to push this level of novel product out, as is being done (the saline makes sense if you need to fake the produciton volume, especially when you know it’s about the injected-connected-digital-ID agenda).

Perhaps they stored it all down in Antarctica, until the time was right!

This Monday the Occupational Regime begin to assualt the weakest and most vulnerable members of society, the already sick Children.

The one time Pints really don’t matter a dam! 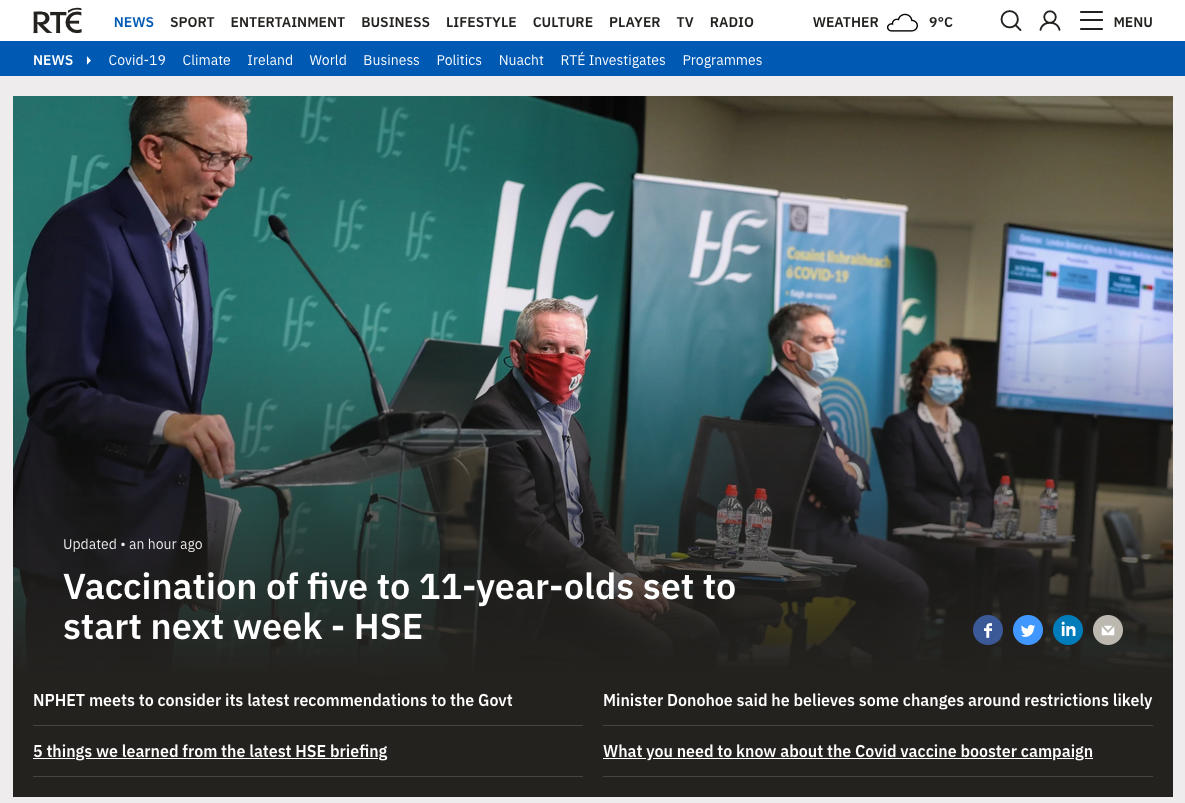 Today it can be assumed the Occupying Globalist Banker Pharma Regime, some of it’s members depicted above in masks, seen dictating the ever changing ransom demands last week, have successfully begun making good on collecting ransom by violating the absolute bodily integrity of innocent children under their medical captivity, as announced 4 days ago.

Some of these children may die and others may be left with untold irreparable damage and yet not one child has died of the covid on Pharma Reservation One, formerly known as the Republic of Ireland, but at least there were pints till 8pm instead of 5pm this evening. 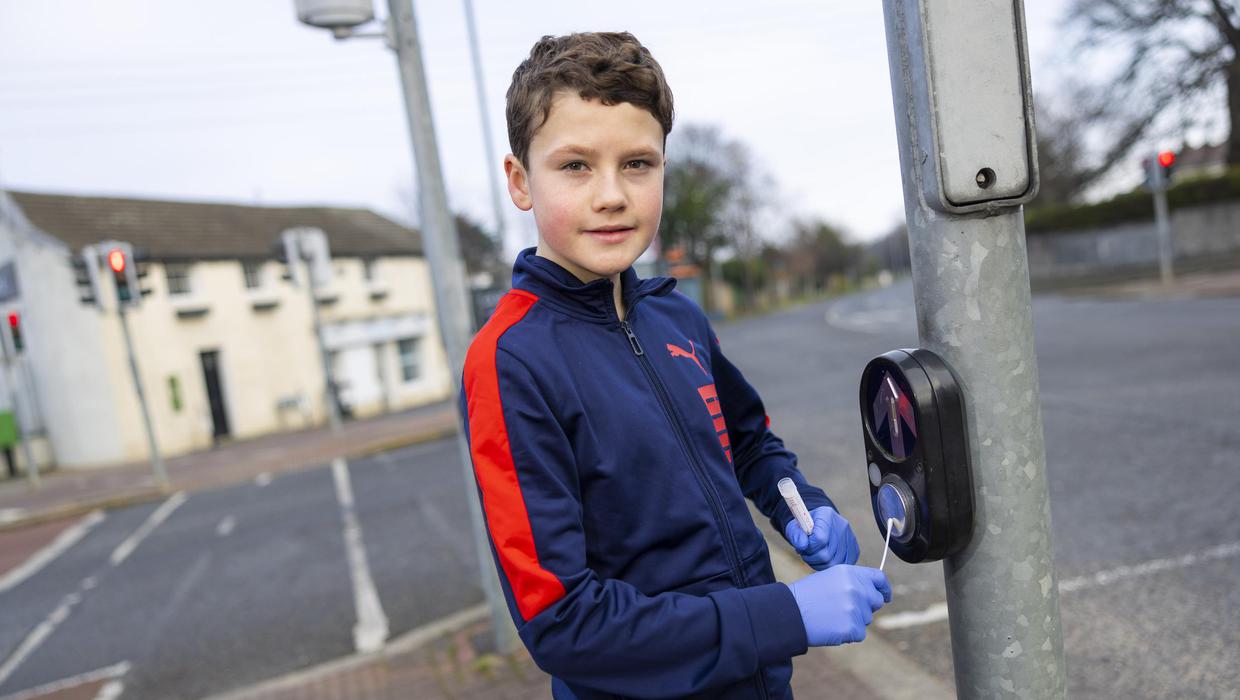 Covid phobics beware. A schoolboy has found the coronavirus lurking on traffic lights and in a playground in south Dublin.

Covid phobics beware. A schoolboy has found the coronavirus lurking on traffic lights and in a playground in south Dublin.

In a small but significant study, 13-year-old Niall Hennessy swabbed 210 public surfaces across south Dublin and found traces of the virus on two push-button crossings in Ranelagh and Donnybrook, and on the handle of a swing in a playground. 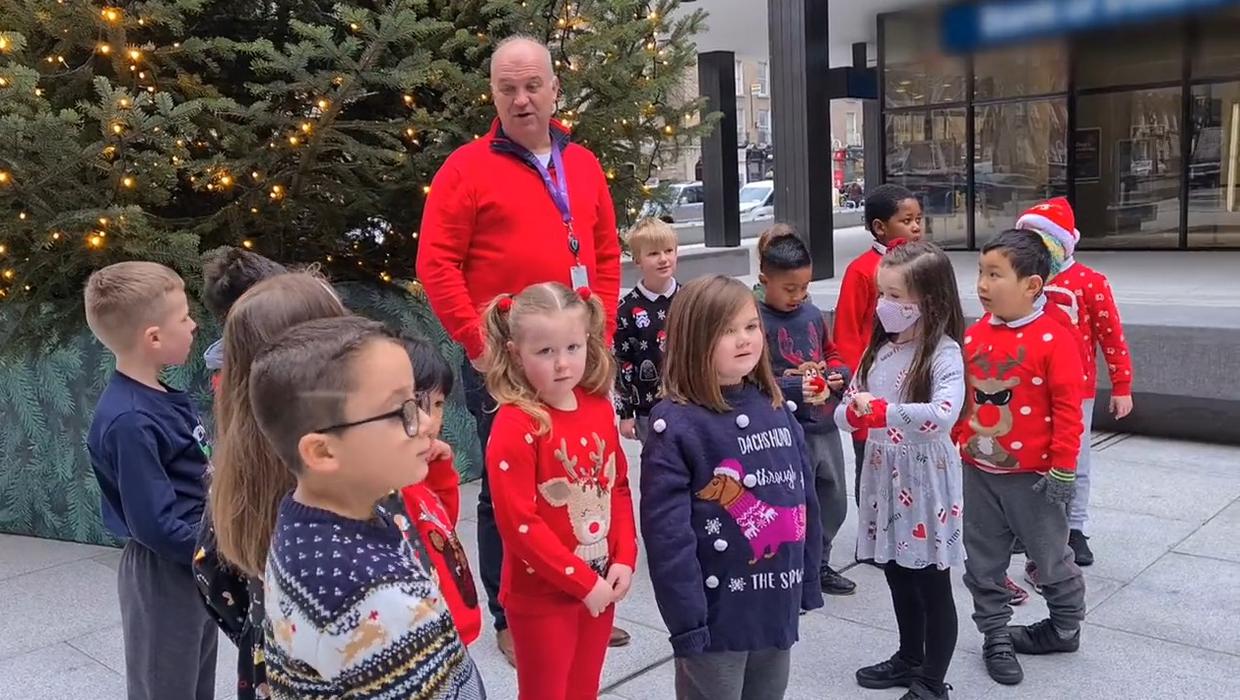 CMO Tony Holohan answered some hilarious Christmas-themed Covid questions from children outside the Department of Health.

Dr Tedros A. Ghebreyesus (W.H.O) : "Some countries are using to give boosters to...

credits : Dr Tedros Adhanom Ghebreyesus (W.H.O) : "Some countries are using to give boosters to kill children, which is not right"

The Testdemic is out of this world.

Surely with Omicron emergence, kid vaccinations will be binned?

As I was typing…

Not quickly it won’t, they don’t want to be backtracking on an error of judgement, lest the emperors clothes are seen through.

“I am so proud of what our lads did and especially Kevin.It’s also great to be able to have a good news story to talk about, especially with it being Christmas Eve.”

But there’s nothing in that article around vaccination?

OK so the shape of things to come

But there’s nothing in that article around vaccination?

OK so the shape of things to come

Bhakdi says he’s going to gtfo out of Germany to protect his young son.

The fucking state of NY. It’s as if it’s been taken over by the Jennifer Aniston freak. My wife’s cousin of 75 leaving it after having worked there for 40 years - doesn’t want to be spat at any more by blacks and browns.