Is Ireland, in its current state, ruined?

Soaring population to ramp up housing pressure in capital

The population of Dublin City could rise by more than 64,000, based on calculations from the 2016 level, by 2022, heaping further pressure on the housing market.

A hard Brexit combined with an economic shock could hugely add to the population pressures in Dublin, according to a new study.

Existing migration patterns are bringing 34,000 people a year to the State, many of them to Dublin, whose housing and transport infrastructure struggles to cope with the number of people already living there.

The study by Future Analytics Consulting, for Dublin City’s Housing Observatory, said the population of the capital – 555,000 in 2016 - could rise by 7.5pc to as much as 11.5pc, depending on the severity of Brexit.

The number of people added by 2022 versus the 2016 census would be more than 150,000, if the same trend extended to the full Dublin area, including Fingal, South Dublin and Dún Laoghaire-Rathdown.

The migration data will be plugged into the housing and demand assessment for the city, said Professor William Hynes, director of Future Analytics Consulting.

“The findings to date have really brought to light the importance of understanding migration as a key component of population change, particularly given Ireland, by its nature, is a small, open but globally connected economy,” he said.

In the years between 2011 and 2016, Dublin City added 27,000 residents, so the numbers being discussed in today’s report would, if they panned out, represent a huge expansion for a city that does not build enough houses for the current population.

The shortage of affordable housing has become a major political issue as a nation that once aspired to move into property ownership now finds that is out of its reach.

A lack of housing provided by the local authority and an overall shortage means the numbers in the private rental sector have surged and the industry has attracted investment from global funds.

There were just 1,343 properties for rent on the Daft.ie website yesterday.

The growth of the institutional private rented sector has been so strong that it bought 11.1pc of all residential units sold in the city last year, according to a report by property firm Savills, which estimates that demand will outstrip supply until 2023.

Almost 27pc of households in the Dublin area are now in private sector rentals. It is the dominant form of housing for younger people, accounting for 60pc of the under-35 age group.

“Dublin’s housing system is currently imbalanced in important ways, which initially imposes financial challenges but will also result in the creation of further inequality and will erode social mobility,” said Professor Kenneth Gibb, chair of the Independent Advisory Board to the Dublin Housing Observatory.

While much of the focus on population growth in the Dublin area has been on housing, the CSO warned in its latest projections that planning needed to account for the location of enterprise and employment opportunities.

The CSO projects the population of the greater Dublin area will hit 2.2 million by 2031.

Oktoberfest Dublin not going ahead due to rise in insurance premium

Organisers of Oktoberfest Dublin have announced that this year’s event will not be taking place due to “unprecedented” increases in its insurance premium.

In a statement on Facebook, Oktoberfest Dublin said that it is not used to “the claim culture that has developed in Ireland” in Germany.

It said: "The belief that putting in an insurance claim doesn’t hurt anyone except the insurance company is incorrect, consequently great fun events like ours find it hard to go ahead when suspect insurance claims from a small minority of people can ruin it for everybody."

Various operators of everything from bouncy castles to paintball and petting zoos are finding that nobody will provide public liability insurance to them anymore. The market is just not viable with such a claim culture.

A petition has been launched to support high-rise development in Cork, which could turn Ireland's second city into a mini Manhattan.

2Pack
There are some accommodation problems in Dublin but that is not a nationwide issue and it will eventually be sorted…even if we have to wait 5 years for supply to properly kick in.

Thats a slight understatement if ever I saw one

I’ll only speak of personal perspective and I feel my options are infinitely better than my parents.

None of my siblings work the kind of hours our parents did when they were both working in average jobs and raising us while paying much higher income tax.

I don’t think the gulf in experience between us and our parents exists between us and the following generation so there may be an expectation of advancement or improvement that really has no foundation.

Our lives may actually be the new normal but will that satisfy the following generations who don’t see the advancements made since the 70,80s etc?

And that is something that both has to be fixed and can be fixed; the mental shift from “your house is your pension” to “it’s just a house, but it’s mine” is one that has yet to be made. While people have an emotional attachment to the price of their house, they instinctively (and unconsciously) oppose any measures that reduce that price.

o “it’s just a house, but it’s mine” is one that has yet to be made. While people have an emotional attachment to the price of their house, they instinctively (and unconsciously) oppose any measures that reduce that price.

My house is not my pesnion I’ve a pension fund and hopefully the state pension when I retire, my house is my saftey net, I’ll own it I can’t be evicted because the rents are to high or the LL wants to cash in as is their right.

Absolutely; but that is something that is surely fixable? The rentiers won’t like it, but what about them?

Absolutely; but that is something that is surely fixable? The rentiers won’t like it, but what about them?

There are more rental protections in place than previously. It’s not stellar but it ain’t zero like it use ta be and in hindsight it wasn’t as bad as now in many many respects. Yes I am actually typing that.

However I need to go back to the OP and see what this thread is about.

We’ve been banging on about it for years and it’s been ignored.

All of a sudden it’s priority number 1.

Orchestrated outrage. Everything in politics is just so unbelievably insincere these days. Watch out for the proposed “solution” in the Hegelian sense of the word. Or maybe it’s just another reason for the public to put our friendly Marxists in power in the next election. 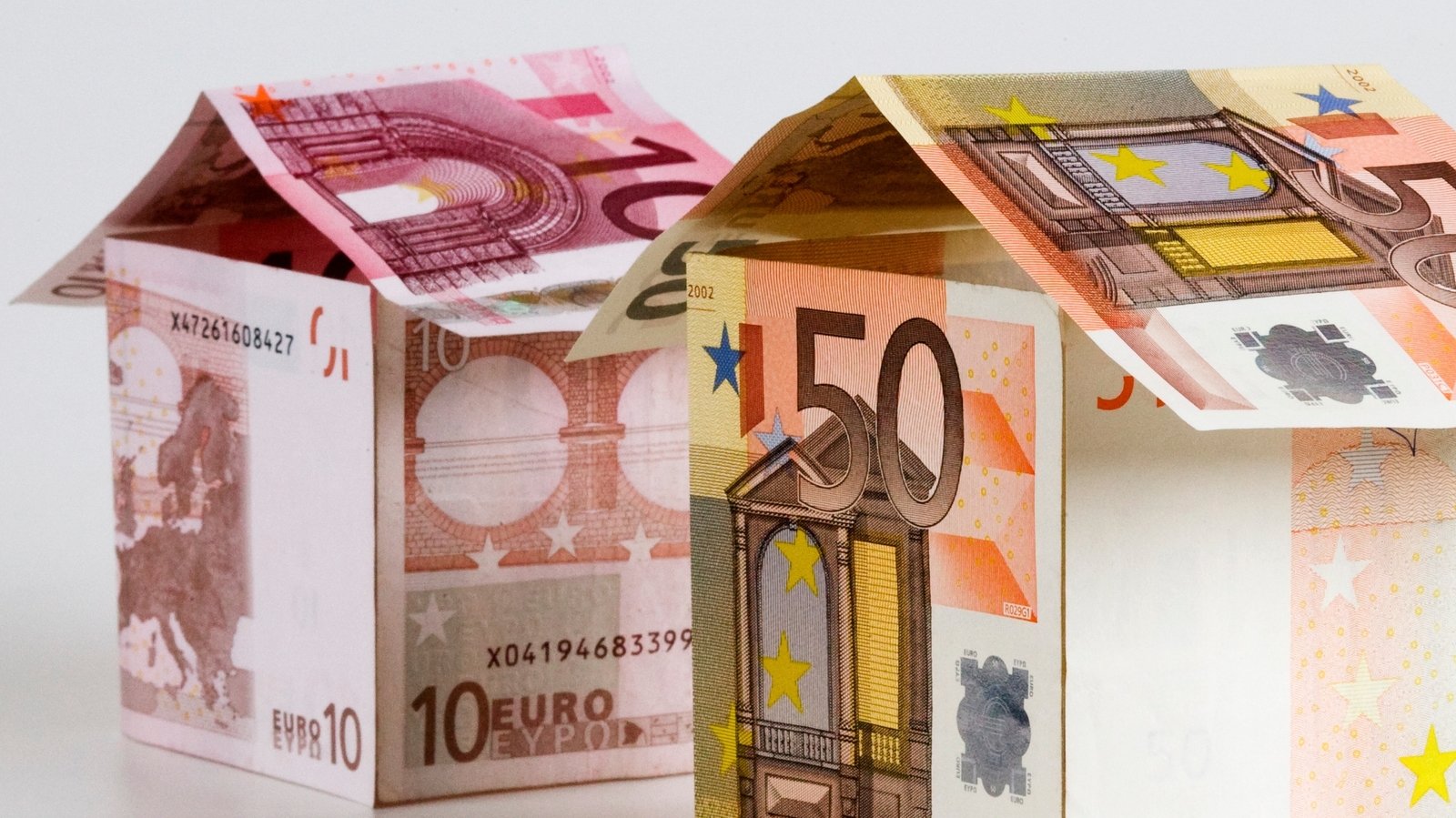 €4.2 billion in capital was pumped into the Irish commercial and residential property market by foreign private finance providers each year between 2017 and 2019, new analysis has found.

Makes sense that construction is being funded from foreign sources given the collapse of the Irish financial system post 2008.

A : Foreign company X funds construction of an apartment block and those apartments are subsequently sold off individually to locals

C : Foreign company X funds construction of an apartment block and also takes all the apartments.

My understanding is that scenario C is rare so it’s really only scenario B that’s the problem.

Read the Children of Lir again - its not a tale of ancient Ireland, its a prophecy of its decline and fall.

As the story of Cuchullain was a prophecy concerning Michael Collins.

Ireland will soon be Dublin as the population is set to reach 10 million before 2050.
All them on-the-run Chinese and drought-addled Africans will have to have somewhere to commute to work from!

Exactly, England and London is one thing but Ireland is alot smaller. A big Dublin will dominate everything just as London sucks the life out of the rest of England

So when are they going get out from behind the phone or the Netflix or whatever the hell the latest thing they are at, and do something about it. The young in this country certainly seem to lack much get up and go, and dissenting voices are few and far between. Even look at lockdown and Covid. It’s mainly middle aged to older people at the vanguard.