Are you trying to jinx them Poacher ?

I’d love to see them win it, but its Italy they have to play not San Marino, saw Sky sports news yesterday and they had “its almost home” with a countdown clock running, not a good idea

For the first time ever I’ve been rooting for them.

They seem like a decent bunch of lads, significant first generation Irish element as well, and I recently got rid of all the TV channels bar what’s available on Saorview, which I only turn on for sport….meaning I don’t have to listen to the likes of sky etc.

If nothing else it’s a finger in the eye to the clowns running this place to have a country of 80 million next door experiencing Italia 90 type scenes while we’re still hiding under the bed.

I have England as slight favorites, its a home game for them

Jorginho and Veratti tend to control the Italian game. put Rice and Phillips on them and they’re in trouble IMO, plus Sterling’s pace will cause real problems for the ageing back line

Rice has really matured into a solid footballer. Grealish has a lovely touch and vision and Maguire has a bit of the Mick McCarthy/Kevin Morans about hiim. Granted Harry Kane doesn’t look like a man who might have footed turf on a Connemara bog but looks can be deceiving it seems ……what might have been eh?

I fancy England at home as well but the Italians are dogged and all bets are off if they manage to get their noses in front. Could quite easily go to penalties also.

Anyway, hopefully England do it and there’s no Covid spike for the foreseeable that can be blamed on the celebrations……thereby hopefully drawing the attention of our fellow citizens to the ludicrous nature of what’s being endured over here.

I’d fancy England, as clearly given the obvious corruption to have awarded that penalty, they could well finish again as the team that ‘deserved it’

I’d fancy England, as clearly given the obvious corruption to have awarded that penalty, they could well finish again as the team that ‘deserved it’

Home advantage is much more of a factor given there are very few neutrals, corporates, hangers on etc. from around the continent that would usually take about 30,000 of the ticket allocation.

The Italians could very well connive their way to victory all the same. Gareth the good hasn’t had to dig his team out of a hole yet.

Hopefully the Italians can make it 34 games undefeated and go on to lift the trophy. For all our sakes

The tournament has been enjoyable over the last month. As it usually is.

The refs have been good in most cases, and VAR worked well.

Can’t see us going back to the big long delays over VAR that we’ve seen in recent years when the new football season starts up again in a months time.

You don’t give a 19 year old the final penalty.

But maybe nobody else wanted it

I agree, I assume he was putting them away in training during the week

England tend to have great goal keepers, I had Pickford down as the weak link but he was excellent tonight, its a young team they should make the semis at the next WC, if the heat doesn’t kill them

Bizarre he kept Grealish on the bench for so long when Mount was anonymous and Sterling was not much better. Bad luck on having Foden out as he was missed. Rice had a great game for them. Southgate might come in for some criticism over this now.

Mount was anonymous alright. They were set up with a back 5 so clearly Southgate expected it to be a cagey affair. Then they found themselves a goal up after 2 minutes.

Lack of ambition ultimately cost them. You can’t defend a 1 goal lead in your own half for 88 minutes. Italy got what they deserved over the course of the evening

In a parallel universe, if England had been pitted against Croatia and Italy in last 16 matches of WC 2018 and Euro 2020 respectively, would Southgate still be held in such high regard?
This was their big chance, given high nicely the draw had opened up for them.

What were they thinking?! 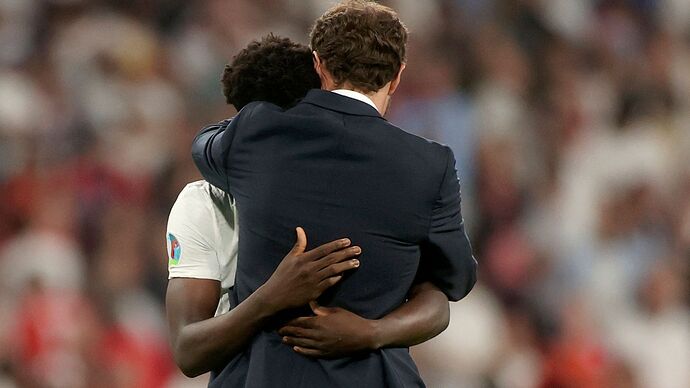 England beaten on penalties in final of Euro 2020; 19-year-old Bukayo Saka allowed to take decisive penalty kick; Gareth Southgate: Thats my call and totally rests with me; Grealish responds by insisting he wanted to take a penalty

The 19-year-old has never taken a penalty for his club side, Arsenal, but was given the responsibility of taking the all-important fifth kick in the shootout.

If only they had taketh to the knee before the penos…

The Henry Winter tweet in that story is terrible.

Southgate is such a midwit but I doubt he deliberately chose to end with 3 black players for racial justice reasons. But it is possible.

But now Winter is saying that abuse is a sign the kneeling must continue. Madness.

Southgate is below average Premiership manager with a lot of good attacking players. A top club chairman would recognize this and hire Carlo Ancellotti or someone.

Brendan Rodgers should get the England job. Or even Steven Gerrard.

They messed up their chance to win. All matches at home. There’s nothing to “build on”. Ok they beat declining German and Croatian teams but Spain, France, Belguim, Portugal, Italy would fancy their chances at the next World Cup. 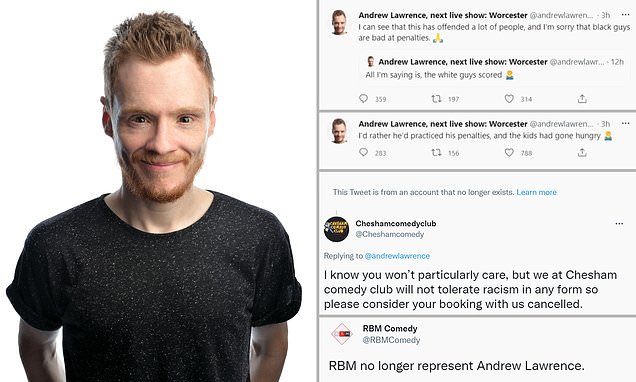 The comedian, 41, faced widespread condemnation after making the comments in the aftermath of England's heartbreaking penalty shoot-out defeat to Italy last night at Wembley.

In one comment the 41-year-old, who has previously featured on the BBC, said he was ‘sorry that black guys are bad at penalties’.
And in reference to the anti-poverty campaigning of Marcus Rashford - one of those to miss a penalty last night - he said he’d: ‘Rather he’d (Rashford) practised his penalties and the kids had gone hungry.’

That’s at least a little funny

No surprise coming from the Economist magazine 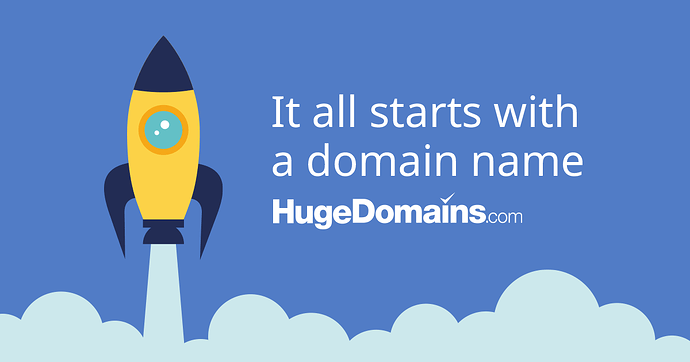 TheUncensoredReport.com is for sale | HugeDomains

Customer service is our #1 priority. Get a premium domain for your website today. Financing available.

“The most striking aspect of Italy’s 26-man squad before it took to the pitch was that, alone among the main contenders, it did not include a single player considered as being of colour,” tweeted the globalist publication.

The article goes on to suggest that the team’s victory over England in the final of the Euros was a “victory…for the Italian right,” presumably because England’s first team included several black players while Italy’s starting 11 didn’t contain any.