…IT’S certainly a Quirkey idea: a resort encompassing a huge casino, hotel, world-class racecourse and 02-style concert arena (with retractable roof) all built around a perfect replica of the White House.

And to top it off, businessman Richard Quirke (aka Dr Quirkey, owner of Dublin-based amusement arcades) revealed yesterday that he wants to build this €460m, 800-acre pleasure palace not in Las Vegas but near Two-Mile Borris.

Such a project would change the Co Tipperary village forever.

Two years ago I would have said that this development was about as useful as a urinal splash mat, but fair enough go ahead. Now it just makes me mad as I realise some bank might actually finance this

Aren’t Casinos illegal in this country?

I remember Condaleeza Rice regaling a story of the days after Sept 11th, when the General unscrolled a huge World map, to show the politicos where Afghanistan actually was.
I imagine the whole country is doing this to find Two Mile Borris or whateveryacallit!
Whacky idea!
If this guy was in Hollywood he’d put every cent he had in “Waterworld 2” starring Kevin Costner.

Aren’t Casinos illegal in this country?

I think so there are some private clubs operating

A few with “Property Mogul” Connection.

Thing that is going on here is PR stunt to force the hand to legalise Casino and bring Jobs and sure what red blood politician couldn’t resist the manna for saving a county?

Something like this will depend heavily on Ryanair flights feeding it oh and the Government jet to for the odd dig out.

Not as good as my own idea though.

The Casino Gaming Control Section hopes to engage in an ongoing way with the key stakeholders and with the public generally and welcomes contributions on these and other important matters concerning gaming and gambling policy in Ireland.

Submissions may be subject to the provisions of the Freedom of Information Acts and may be published. Please indicate if you would prefer your submission to remain confidential. While no specific closing date is being set for contributions, it would assist the review process if you could respond by 30 September, 2009.

Sites with planning are worth more to NAMA

Not as good as my own idea though. 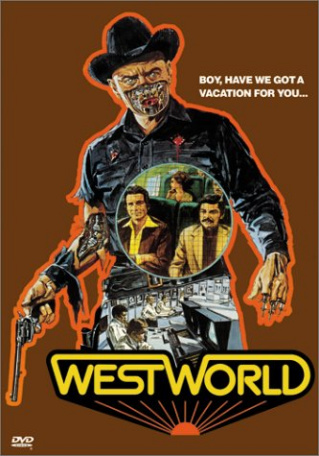 Not that far to Vegas if you can borrow the Government Gulfstream …
Ever since the road went through Two-Mile Borris it has been Borris-Two-Halves … so what next a Bordello in Bannons pub ?

Sites with planning are worth more to NAMA

I was also wondering if the clammy hand of NAMA was involved in this.

Michael Lowery as a spokesman too.
A good man for the licences I hear.

Sounds a lot like the huge Theme Park that was going to be built in North County Dublin.

I hope that if the planners give this the go ahead, they write their names clearly,
it’ll make it easier to identify the first couple of sackings when we start the
real cut backs.

The view of the Northern Brethern.

If you want to help keep twomileborris.com alive and kicking like a good spring heifer, please send us your news and views. Sadly, it’s all become a bit …

The real Borris Development Plan - try not to get too overexcited…

Draft Development Plan 2003
Development in Two-Mile-Borris
If you’ve looked at the statistics regarding the population of Two-Mile-Borris, you’ll have noticed that the village almost doubled in size between the two Census years of 1996 and 2001. We’ve also recieved a few postings to the website (since censored) which were less than friendly to our new neighbours, particularly those in the privately-owned housing developments.

In the parish of Moycarkey as a whole, we Two-Mile-Borrisers are famous for considering ourselves a cut above the rest of the parish (which is true of course) and we are notoriously intolerent of ‘blow-ins’, especially those who haven’t even gone to the bother of marrying one of our local bachelors os spinsters and at least giving us all a night out in the Anner. This unfortunate state of affairs has lead to a certain amount of snobbery on the side of the original villagers against those who liked the place enough to invest huge amounts of money in the new housing developments. Hopefully the situation will sort itself out and everyone will soon be accepted as a local. If not, don’t despair newcomers! Tipperary County Council plans to build even more houses in the area and soon enough the resentment of us villagers will focus on an even newer batch of unfortunate wannabe locals. We’ll probably even invite you to slag them off with us in true community spirit.

In any case, here’s a copy of the development plan to get your teeth into.

Draft Development Plan 2003
The following is a draft report published by North Tipperary County Council outlining the proposed development and land-zoning issues affecting Two-Mile-Borris. It consists of a brief introduction to the village, the Plan objectives and a map showing the land-zoning index.

North Tipperary Draft Development Plan 2003 - Settlement Plans
Introduction
Two-Mile-Borris is located at the junction of the local road L-4116 with the National Secondary Road N75 circa 5.5 km east of Thurles. The village has expanded in a linear fashion along the main road, which has detracted from the village centre. Two-Mile-Borris has experienced much development pressure from Thurles in the recent past with the population increasing during the inter-censal period 1996-2001 by 20% (from 325-474 persons, while the population in 1991 was 298 persons). The village is serviced by an existing public sewer and public water supply.

On approach from Thurles the village is dominated by the existing castle while the buildings and structures at the road junction form the village centre. A selection of services such as shops, public houses, post office, garage, school, St. James’s Church, etc are provided. Apart from these landmarks, the village is characterised by the wide undefined carriageway of the N75 and the unfocused linear growth of housing, particularly eastwards towards Turnpike. There is little definition between the village and its agricultural hinterland along the N75. However this boundary is reasonably well-defined along the country road towards Centenary Co-op. Older housing schemes such as Cluain na Seimre, Fanning Park and Fr. Harkin Park provide accommodation in the village while a number of new housing schemes such as Dun na Ri, Castle Park, Glen Carraig and Ardleigh have provided circa 55 dwellings to date. There are a number of registered monuments (a tower-house, settlement site, church site and graveyard) located in the village and in the neighbouring townland of Noard.

Plan Objectives
The main objective of the village plan is to create a strong village centre, identify suitable lands for future expansion of residential, commercial or other uses in the village, ensure that existing public services are improved in order to ensure sustainable growth of the village and contro inappropriate development on the edge of the village so that development takes place within the defined village boundary/stop lines. The Planning Authority will seek to implement the following list of objectives during the Plan period:

Michael Lowery as a spokesman too.
A good man for the licences I hear.

Community Notes: Tipperary Star 14th October 2009
(Is There a Hotter Spot for the Irish Las Vegas ?)

TWO-MILE-BORRIS / MOYCARKEY / LITTLETON
Presentation - The proceeds of the recent sponsored Horse & Jockey Tractor Run will be presented to the Riding for the Disabled Association in Darmody’s Bar, Littleton on Saturday, 24th October. Come along for a great night of music and craic. There will be a raffle on the night and numerous spot prizes. All welcome.
Enrolement for First Holy Communion - Next weekend, Moycarkey Church on Saturday next, 17th October at 6.30 p.m. Mass; Two-Mile-Borris on Saturday next at 7.30p.m. Mass; Littleton Church on next Sunday, 18th October at 12 noon Mass. All the children and their families are asked to attend. Meeting for parents re ‘Do this in Memory’ in Pouldine Hall on Thursday at 8 p.m.
Dates for First Holy Communion, Moycarkey and Gaile on Saturday, 15th May; Two-Mile-Borris on Sunday, 16th May and Littleton on Saturday, 22nd May.
Month’s Mind Mass - Month’s Mind Mass for Brid Gooney, Sarsfield Street, Thurles and late of Aughnagomaun, Ballytarsna, Horse & Jockey will take place on this Friday, October 16th in St. Peter in Chain Church, Moycarkey at 7.30 p.m.
The Late Nora Murray - The death has taken place on October 7th of Nora Murray (nee Dwan) late of Gurtagarry, Toomevara and late of Liskiveen, Littleton. She was pre-deceased by her husband James at St. Theresa’s Nursing Home, Thurles. Burial took place in Ballymoreen Cemetery after 11.30 a.m. Requiem Mass in St. Kevin’s Church, Littleton. She is deeply mourned by her brother Michael, relatives and friends.
The Late James Coffey - The death has taken place on 1st October of James Coffey, Latteragh, Nenagh and Ballinlough, Toomevara brother of Mary Power, Piercestown, Thurles and late of Cloncleigh. His remains were removed from Ryan’s Funeral Parlour, Nenagh to Gortagarry Church. Burial took place in the church grounds after
11 o’clock Requiem Mass. Deeply mourned by his mother Mary, brothers Frank, John, Joe and Willie, sisters Mary (Power), Bridget (Troy) and Patricia, aunts, uncles, brothers-in-law, sisters-in-law, nephew, nieces, relatives and friends.
21st Birthdays - Congratulations to Richie Loughnane, Ballybeg, Littleton, son of Eddie and Marie and also Larry Power, Cloncleigh, son of Larry and Treas. Both of whom celebrated their 21st birthdays recently. A combined party was held in Bannon’s Lounge.
Lotto - Borris St. Kevins F.C. weekly lotto numbers, 16, 20, 22, 26. Jackpot not won, no match 3’s. 4 Lucky dips 50 euro each, Margaret Shanahan, Ballydavid, Geraldine Carey, Ballyerk, Michael Bryan and Michael Costello, Two-Mile-Borris. Jackpot next week 6,300 euro. Draw will take place on Friday night at 9 p.m. in the Muintir na Tire Hall, Littleton.

Don’t These People Value The Cultural Heritage They Are Putting At Stake ?

I think the developers should have shelled out for an extra Borris or two.
Lets face it this project needs at least a Three-Mile for credability and to build in a decent
Factor of Safety probably a Four-Mile-Borris would be required.

For the want of a ha’penny worth of tar and all that.

So Mr. Quirkey had 30 mn in his back pocket and went on a spending spree in 2-horse, sorry, 2-cent Borris… now he’s going to recreate Wonderland according to the plans.

And like every other feckin’ “about-to-be-NAMA’d” field in the arse end of nowhere, it has a grandiose scheme planned for it. Makes it worth something, dunnit, it’s got planning, dontcha know.

Personally, I think ancient Greek-style public brothels are what I would propose, or perhaps a nuclear reactor. They’ll have more feckin’ chance of being a success than most of this shite.

Seriously though, did you think Killnaskully was just a figment of Pat Shorrt’s imagination ?
Where did you think that son of Thurles got his models from ?

Drop into Bannons boy and say hello to Jacksie.

There’ll be a hot time in the old town tonight !!!