…and whether Q is possible that someone that with high level security clearance is letting it known that Trump is rounding up the pedos and traffickers.

Of course, saying something is possible does not make it remotely likely. It’s possible that Donald Trump is Michael Jackson in disguise. But it’s very unlikely a priori, and there’s a whole lot of counterevidence.

In Q’s case there’s the counterevidence that all his important claims turned out to be bullshit. And his subsequent posting style would make the cheapest Chinese fortune cookie look like highly specific, well-crafted prose.

Q’s posts claimed that the military would be carrying out arrests and tribunals based on thousands of sealed indictments, that many arrestees were trying to flee the country, that the intelligence community was hopelessly compromised, that the National Guard was being called up to quell riots, and that the president would use Twitter to announce the great upheaval.
…
As View puts it, QAnon offered an alternative explanation for the failure of the Swamp being drained: Trump was really working on destroying the cabal, but as part of a secret plan. “He’s doing it in a way that mainstream media isn’t acknowledging,” View said. “That narrative proved too tempting to resist for many.”

But, in a development that Q fans would have to get used to, the storm fizzled. None of the arrests or tribunals happened. No upheaval, no Storm, no nothing.

With the timeframe for the “arrests” having passed, Q quickly took up what became his familiar posting style—pumping out a series of rhetorical questions, riddles, context-free pictures, patriotic glurge, and random bits of text.

Q’s yarn grew to encompass everything from Big Pharma to Apple to The Godfather Part III, and rather than drive people away, it attracted more people—baby boomers and conspiracy theorists who found something they were looking for in the crazy quilt Q was sewing.

Q linked everything to everything else, flipping the deluge of daily news into a kind of conspiracy theory of everything—with a never-ending battle between good (Trump) and evil (the Deep State, the Clintons, Democrats) at the center.

The Las Vegas shooting? A Saudi-Clinton-Satanist sacrifice ritual. Robert Mueller, the Special Counsel investigating Russian meddling in the election? He’s actually working with Trump to root out pedophiles. The North Korean peace talks in Singapore? They happened months earlier, and the 2017 talks were just a show to root out potential assassins.

In short, you have to weigh up the possibility that Q could be on the level against the evidence that it’s unmitigated bollocks.

The daily dot must be trolling the conspiracy theorists, that article was written by Mike Rothschild.

The daily dot must be trolling the conspiracy theorists, that article was written by Mike Rothschild.

Mike is a busy boy. Bit of a stretch to call it a troll, unless of course Q is a counter-counter-op, like Moss of the ad.

…In short, you have to weigh up the possibility that Q could be on the level against the evidence that it’s unmitigated bollocks.

TBH a single heavily characterised hit piece page is not worth the broadband it’s carried on to shed much light.

There is a whole world of Q out there to lose yourself, nor is Q broadly accepted, much division and debate surrounds the collective huddling around Q, with one camp fervently believing it’s been designed and employed to placate the masses, like everything else and it’s all a clever ruse, subvert Trump supporters under the guise of consolidating his base. Lull them into a pool of ready and waiting but inactive to the dark horrors within their Republic.

Whole groups have come together to create all kinds Q resources and I think this is one example of a few Q proof sites that are out there, that keep people on track - DOITQ

Did you catch the part where #Trump said that the people did it, circled in the air twice and the pointed down to his left at the audience, saying You Did It. The gestures traced out Q – #GreatAwakening #QAnon

I hope they never watch an East 17 video. God knows what they’d see.

The Guardian has a deplorables moment. The loss of control must be starting to hurt big-league.

Stop the online conspiracy theorists before they break democracy

Organised conspiracy theorist networks have launched an all-out information war across Europe. At the heart of this is the QAnon movement. It expanded from the US to Europe and the UK at rapid speed, hijacking political debates on social media as well as mass protests in the streets in recent months. Our new analysis at the Institute for Strategic Dialogue shows that European conspiracy theorists run increasingly sophisticated campaigns around critical junctions in national, regional and global politics. They even carried out social media operations to influence voters in German state elections, including the 2018 election in Bavaria.

WaPO right behind the Guardian.

QAnon, a baseless conspiracy theory, is fueled by right-wing outrage online and in the real world. The movement started when President Trump cryptically referred to the “calm before the storm” in October of 2017.

The walls must still be closing in.

Memes, memes, and more memes!
Why are memes so important? Those aren’t normies. Those are LGBTQanon.

Memes, memes, and more memes!
Why are memes so important?

Better to be a sad bastard than belong to the psycho Q cult.

Better to be a sad bastard than belong to the psycho Q cult.

Probably because conservative groups seem vunerable to all kinds of grifters like this character
.vox.com/policy-and-politics … omar-grift
So going around with a Q tshirt is like having sucker tatooed on your forehead at a poker game. But then again all your money is already in gold coins and you already own a time share you can’t use or sell. So maybe the Q tshirt means you’ve already been picked over

Q more or less predicted when mueller would deliver his report

Probably because conservative groups seem vunerable to all kinds of grifters like this character
.vox.com/policy-and-politics … omar-grift
So going around with a Q tshirt is like having sucker tatooed on your forehead at a poker game. But then again all your money is already in gold coins and you already own a time share you can’t use or sell. So maybe the Q tshirt means you’ve already been picked over

Posting a vox link in the Q thread.

The idea that the Q operation is a backchannel has been assumed from I guess by day one, but Q drop outlines (in part, it has at least 3 functions) again the agenda and purposes of these Q drops.

>Decide for yourself (be free from outside opinion).
>Decide for yourself (be objective in your conclusions).
>Decide for yourself (be true in your own beliefs).
>Decide for yourself (be open to following the facts).
>Decide for yourself (be strong in defending your beliefs).
>Decide for yourself (be resistant to blindly accepting fact-less statements).
>Decide for yourself (be free)
Those who attack you.
Those who mock you.
Those who cull you.
Those who control you.
Those who label you.
Do they represent you?
Or, do they represent themselves (in some form)?
Mental Enslavement.
The Great Awakening ('Freedom of Thought’), was designed and created not only as a backchannel to the public (away from the longstanding ‘mind’ control of the corrupt & heavily biased media) to endure future events through transparency and regeneration of individual thought (breaking the chains of ‘group-think’), but, more importantly, aid in the construction of a vehicle (a ‘ship’) that provides the scattered (‘free thinkers’) with a ‘starter’ new social-networking platform which allows for freedom of thought, expression, and patriotism or national pride (the feeling of love, devotion and sense of attachment to a homeland and alliance with other citizens who share the same sentiment).
When ‘non-dogmatic’ information becomes FREE & TRANSPARENT it becomes a threat to those who attempt to control the narrative and/or the stable.
When you are awake, you stand on the outside of the stable (‘group-think’ collective), and have ‘free thought’.
“Free thought” is a philosophical viewpoint which holds that positions regarding truth should be formed on the basis of logic, reason, and empiricism, rather than authority, tradition, revelation, or dogma.
When you are awake, you are able to clearly see.
The choice is yours, and yours alone.
Trust and put faith in yourself.
You are not alone and you are not in the minority.
Difficult truths will soon see the light of day.
WWG1WGA!!!
Q

PEOPLE around the WORLD are ‘WAKING UP’ to the FACT (NOT FICTION) that the CORPORATE [[D] party politically controlled] [6 CORPORATIONS OWN 90%] MEDIA [FAKE NEWS] IS NOT unbiased journalism but POLITICALLY MOTIVATED AND CONTROLLED.
[STATEMENTS NOT FACTS]
THINK FOR YOURSELF AND STOP BEING A SHEEP TO THEIR NARRATIVE.
THEY WILL BE HELD ACCOUNTABLE.
NOBODY WALKS AWAY FROM THIS.
Q 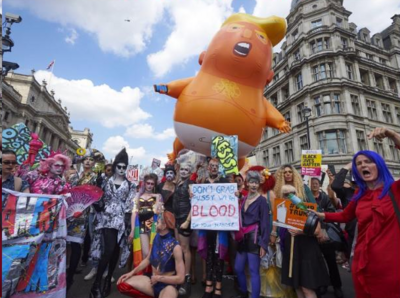 Those aren’t normies. Those are LGBTQanon.

D’s are in Crisis Mode

>>1945408
Server or JA = truth exposed (SR).
D’s are in crisis mode.
AWAN is bigger than you can imagine.
Putin / U1 will come out post summit (they will try to apply artificial MSM heat to cancel).
These people are corrupt beyond belief.
America for sale.
Sold out.
Q