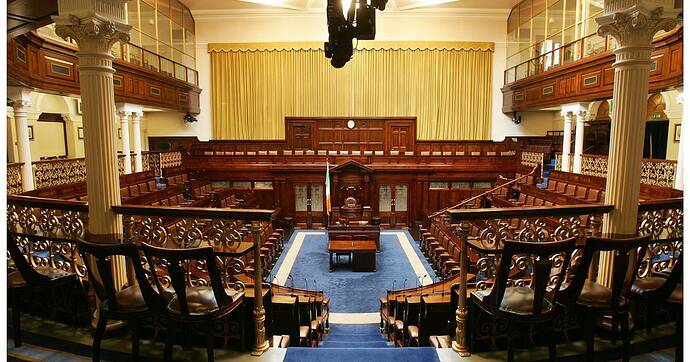 Some TDs have used racism to get elected to the Dáil and “that needs to be called out”, Green Party TD Joe O’Brien has said.
During a Dáil debate on combatting racism and supporting inclusion, Mr O’Brien said racism is imbued in every aspect of Irish society.
“It’s everywhere and if we’re all really honest we’ve all used it at some stage in our lives. I’ve used it I’m ashamed to say and I think everyone of us has.”
The Dublin Fingal TD said: “There are certainly some people in this House not here today from what I can tell who have used it to get into this House and that needs to be called out.”

Clearly some people have so much virtue signalling built up inside them it’s exploding out in farts.

Aodhan O’Riordain wants Travellers and PoC appointed to the Seanad by the new Taoiseach. Of course when he lost his Dáil seat 2 elections ago, he only sought his own election (to a House he once campaigned in favour of abolishing!) and idn’t seem to concerned about minorities then

Exactly, he just states the equivalent of ‘some people somewhere are doing bad things’ and I want credit for saying it’s happening. Either have the balls to call them out Joe or STFU.

Off the top of my head “minority” demographic in Ireland are as follows Eastern European, followed by British, then African, then Chinese , then travellers.

Yet its only Africans and travelers who have the red carpet rolled out, have these “inclusion” campaigns and who have the political class dictating they must have employment/education/political quotas/special legal protections.

Weird how Eastern Europeans and Asians, who arrive with as little language&savings as Africans, can succeed in our highly racist society without a full court press from the Irish establishment helping them(whilst castigating the natives as irredeemable racists).

Maybe they should just stop coming here if its all so intolerable.

Not in my back yard: Green Minister for Community opposes public housing just...

The Government minister in charge of community development is opposing public housing being built just 25 yards behind his own house.

Not too keen on the auld diversity on me doorsteps wha?