Joys of life in modern Irish dog box in Tyrrellstown

Has’nt time for the dog she’s had for 8 yrs so wants to give him away and her mother suggests putting him down! Is it just me or does anyone find this ridiculous?
More worried about clean floors than a long time family pet. Dirty floors are’nt dangerous for babies(we evolved in filthy squalor for many millenia) and in fact can be good( hygiene hypothesis).

She pampered the dog for years and thats why he is’nt happy stuck on his own out in the garden. Yeah , ditch the dog and set a great example for the child.

I think that’s a decision she may end up regretting. Given that today is work life balance day perhaps she needs to reassess her priorities!

I’ll get the shotgun!

I’ll get the shotgun!

Lucy would be upset with you! 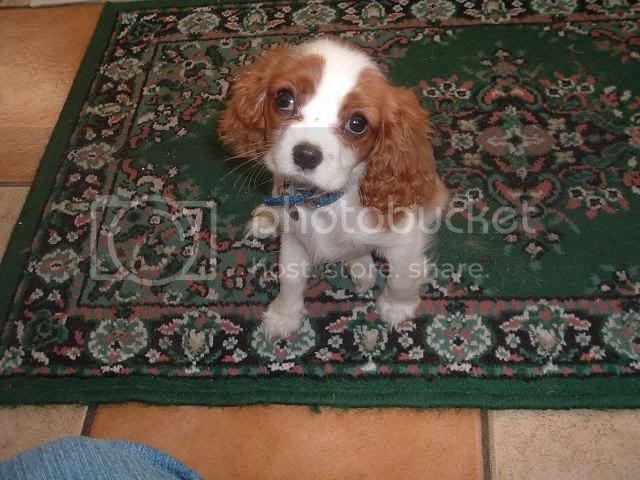 A cavalier is a toy breed and is not suited for back gardens really - especially if its not used to it.

Actually, this is hysterically funny. The dog would probably have made better life-decisions than the owner.

The dog would probably have made better life-decisions than the owner.

Wonder what she’ll do when its time to toilet train the child and he has a few “accidents” on her spotless floor.

I hate people who turn animals into substitute babies/accessories with lots of human -induced neuroses. I can see a large dose of Karma in this person’s near future, something to do with negative equity and being trapped in a starter home with a clean floor but no joy

In fairness, twas the Mother who mentioned the putting down, mind you, she seems to be keeping the option open!!!

I’m a cat person for a reason.

They’d only smother the baby but it’d be a clean job!

Holy crap people, give the girl a break!

If she doesn’t have time to spend with the dog (for whatever reason) then she’s doing the right thing by trying to find someone who can. Dogs are social animals.

I take your point but its very unfair to pamper a dog and make him emotionally dependant on you and then get rid of him because he’s emotionally dependant on you and it no longer suits you, its not the dog’s fault and she is responsible for him. It just seems she’s treating the animal like a sofa or a pair of curtains thats become an inconvenience. After 8 years of faithful friendship its extremely callous. I’m a sucker for animals

I’ve got a pet, its a Celtic Tiger, had him for about oh, ten years now, but the carpets, merciful hour!.

I’ve got a pet, its a Celtic Tiger, had him for about oh, ten years now,

I just saw your celtic tiger going crazy out on the street - he has just bitten some passers by on the ass (thousands of passers by) and Im afraid the Warden came, took him away and hes going to be put down shortly