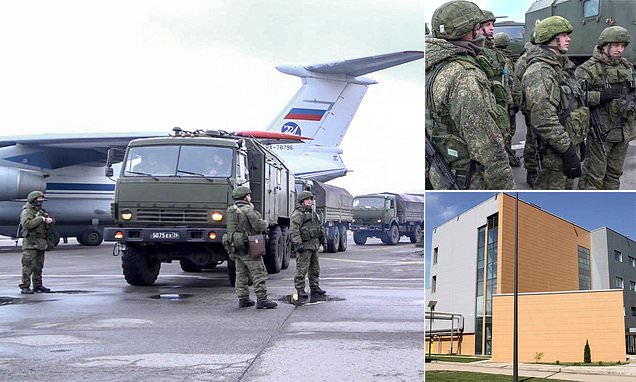 Kazakh officials have denied that a US-funded laboratory was compromised, leading to a possible pathogen leak, in protests that have rocked the country and left 160 dead since January 2

Kazakh officials have denied that a US-funded ‘military biological laboratory’ was seized by rioters in the recent unrest, which has seen at least 160 dead since the violence broke out just one week ago.

Kazakhstan President Kassym-Jomart Tokayev said Tuesday that Russian-led troops will begin leaving in two days after initially being sent to help crack down on protests in that country.