Keeping a (queer) eye on Globohomo and Ireland's Gay Mafia

Funny in a roundabout way, both sides in this video seem to not understand their own positions.

When you think about it further, traffic design and the addiction to massive roundabouts present an incredible waste of central community space in Dublin and Ireland suburban.

… and you make Ireland great again?

I think I’ve encountered that bearded liberal bigot. I think he does historic walking tours of Dublin. Has a PhD.

Is it just me or was everyone a lot thinner then? Healthier BMI? You kinda forget just how much it’s crept up at a population level over the last decades, and I know my waistline is not what it was in my twenties, but it does hit me when I look at videos like that… 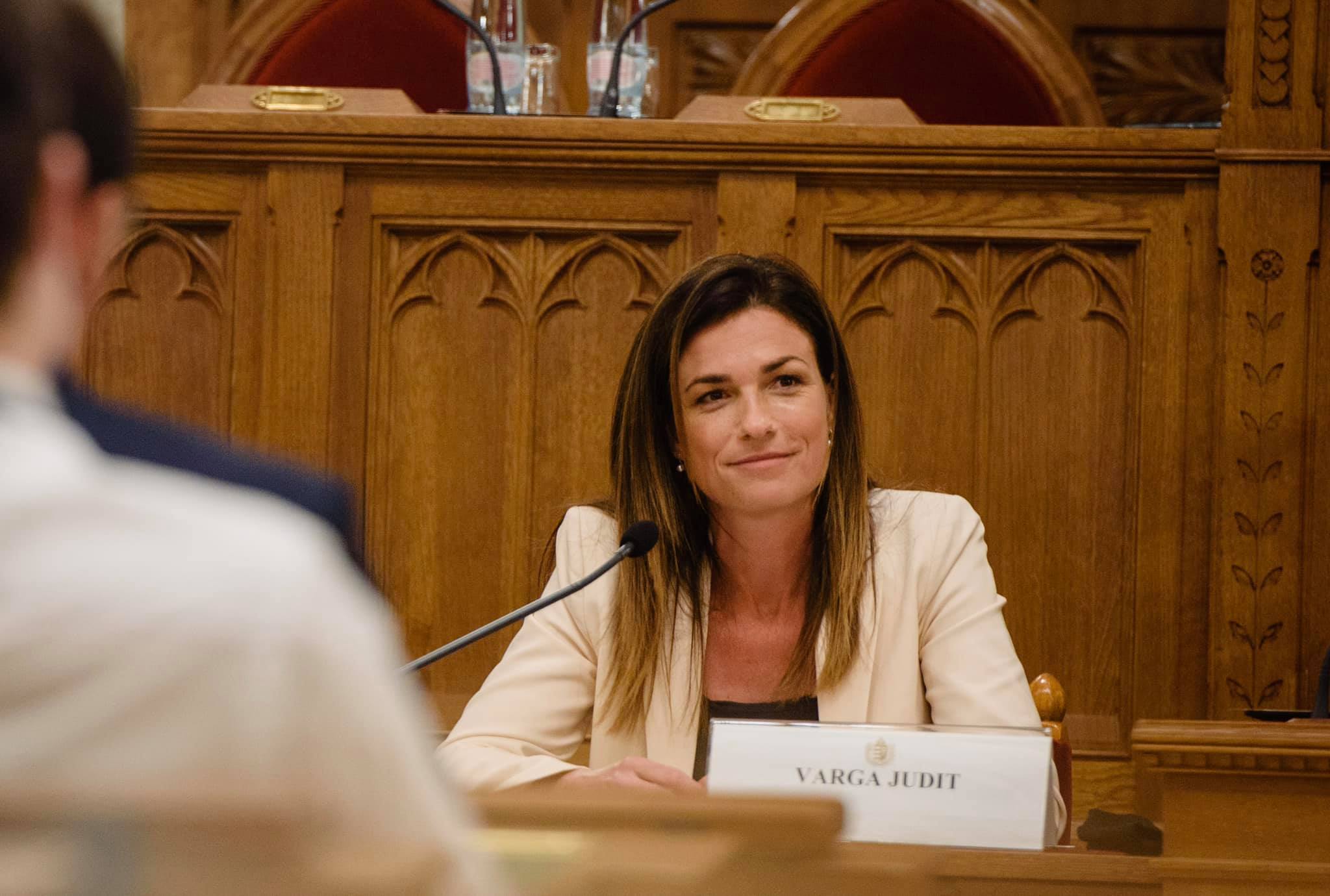 Censored: Here’s the Op-Ed on Hungary’s law on Sex Ed by MoJ Judit Varga that...

We thought they were interested in hearing our side of the story. We were mistaken.

This time it is declared that Hungary adopted a discriminatory, homophobic law. No one cares that the declaration signed by several member states contains false allegations and falsifies the merit of the Hungarian law by suppressing essential parts thereof. No one cares to notice that the focus of the law is the protection of children from any kind of sexuality – hence it cannot, by definition, be discriminatory. The signatory member states did not even bother to ask for an official explanation from the Hungarian government before issuing their joint letter. Criticisms instead have generated an artificial conflict between the rights of children and the rights of LGBT. Is this really the embodiment of the loyal cooperation enshrined in the Treaties?

I’d love to know on what basis the Taoiseach, as Chieftain of the Irish people, believes he had the authority to sign this letter on our behalf ? I assume he believes the “Marriage Equality” referendum result was the majority’s view on every homosexual matter. 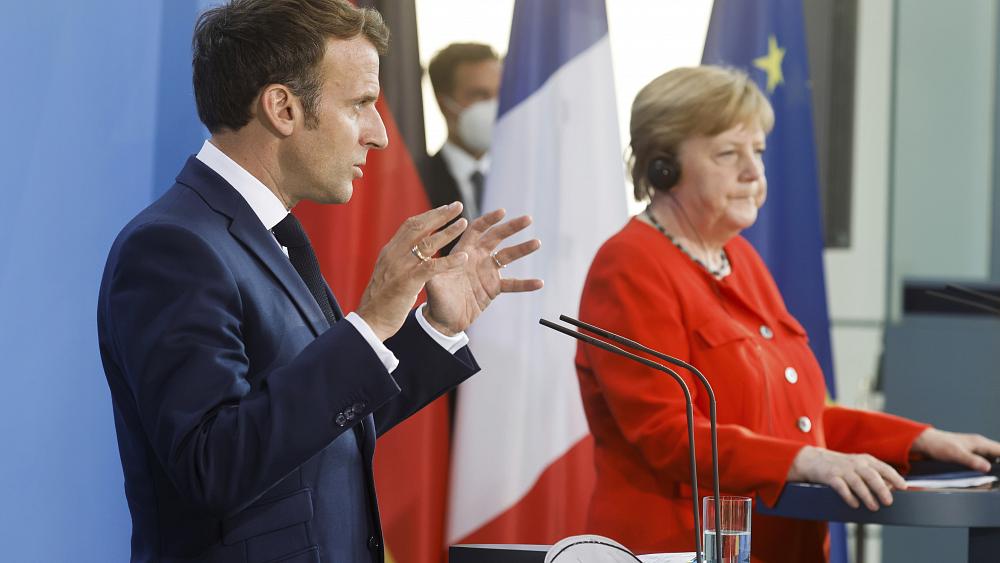 "We must continue fighting against discrimination towards the LGBT community, reaffirming our defence of their fundamental rights," the leaders say. #BrusselsBureau

“On the occasion of the celebration of the International Lesbian Gay Bisexual and Transgender Pride Day the upcoming 28th June, and in the light of threats against fundamental rights and in particular the principle of non-discrimination on grounds of sexual orientation, we express our attachment to our common fundamental values, enshrined in Article 2 of the Treaty of the European Union,” the letter reads.
“It will be a day to remember that we are diverse and tolerant societies, committed to the unhindered development of the personality of each one of our citizens, including their sexual orientation and gender identity. It will also be a moment to celebrate that, over the last few years, we have walked a long way in favour of these principles, which we believe to be the bedrock of the European Union.”
“We must continue fighting against discrimination towards the LGBTI community, reaffirming our defence of their fundamental rights. Respect and tolerance are at the core of the European project. We are committed to carry on with this effort, making sure that future European generations grow up in an atmosphere of equality and respect,” leaders conclude.

Also you walk towards your bedrock. Surely a logical impossibility ? You bedrock is your base.

Of course, it actually isn’t , but it kinda seems like it might be, so these Charlatans refer to it in their letter.

Despite my seeming anger and my starting of this thread, I’m actually completely relaxed about Globohomo. It’s an obvious psy-op to soak up Youthful energy and drive for change while the billionaires get richer, and it’s a natural consequence of the sex based society the West has been in since the 1960s. But I will keep calling it out as wrong and bad.

One thing’s for sure, there would have been a higher survivability rate if covid had hit back then, and no lockdowns either.

Indeedin’ they did, 10 years ago

things strike me about that Italia 90 video

Despite my seeming anger and my starting of this thread, I’m actually completely relaxed about Globohomo. It’s an obvious psy-op to soak up Youthful energy and drive for change while the billionaires get richer, and it’s a natural consequence of the sex based society the West has been in since the 1960s. But I will keep calling it out as wrong and bad.

As E. Michael Jones would say, sexual liberation is political/social control, they banned him from youtube and amazon no longer sell his books, I suppose thats proof that he was wrong, no rebuttal needed. but I think Huxley saw it first, the horrifying thing is, it looks like people enjoy their slavery if you can get the conditions just right

Why do we still need Pride? 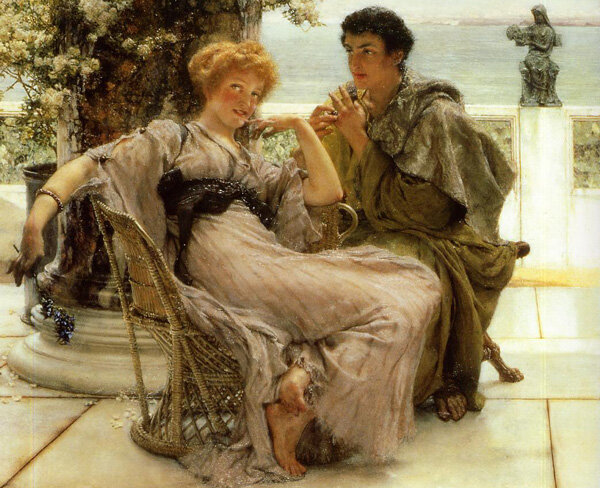 Oxford social anthropologist J.D. Unwin discovered that when a highly developed culture undergoes an increase in sexual freedom, a collapse of that culture follows within three generations. The historical data reveals this pattern with “monotonous”...

Unwin examines the data from 86 societies and civilizations to see if there is a relationship between sexual freedom and the flourishing of cultures.

Unwin found that when strict prenuptial chastity was abandoned, absolute monogamy, deism, and rational thinking disappeared within three generations of the change in sexual freedom.

Unwin’s three main predictions — the abandonment of rationalism, deism, and absolute monogamy — are all well underway, which makes the ultimate prediction appear to be credible … the collapse of Western civilization in the third generation

I was flying through stuff when posting the “heckling” video and didn’t realise the full context, it was the Ballyfermot Catholic Church that had a “Children of Pride” flag and then took it down…

Is this an attempt to create a “bake me cake, you bigot!” moment (the agenda there was to take it to court) or as I outlined, no one knows their own positions on anything and work broadly in a lucid state of ignorance with the exception of whom is todays hateful enemy?

Church forced to take down Pride flag by Catholic leaders

People in Dublin are preparing to hold a solidarity vigil after a church was ordered to take down a Pride flag by Catholic leaders.

Sadly, the Pride flag was removed late last week after the diocese ordered them to take it down, citing a rule that forbids churches from erecting flags.

Under diocese rules, churches are only allowed to fly national flags on specific holidays and no other flags – other than papal flags – are permitted.

In addition to the order to remove the flag, the church also received hurtful and abusive comments on social media over its show of solidarity with the LGBT+ community.

It’s subtle but the Church here is also a victim, did you catch that?

Members of the community will come together on Friday (26 June) to show their support for the LGBT+ community by hosting a “Ballyfermot Pride” event in response to the flag furore.

The event has been organised by the Ballyfermot Anti-Racism Network and is being supported by youth groups, the local Gaelic Athletic Association (GAA), LGBT+ groups and elected representatives.

Anyhooo… this was the scene earlier today, reported as 50 by some news media outlets but probably 150-200 or more.

Reality is out pacing Father Ted levels of credulity at this point.

Flags burning in Waterford, homophobic slurs sprayed and scrawled on Pride-coloured postboxes, on posters advertising queer content and on walls near LGBTQ+ spaces, and anti-trans stickers on poles in a Dublin suburb. This is Ireland in 2021

The beautiful thing about Lisa Connell and Moninne Griffith is the logic: if people object to our propaganda…it’s a sign there needs to be more propaganda.

I think we’ll all eventually be using Victimhood Thinking: “See I’m feeling very judged by you Moninne there. If you object to the Angelus it’s actually a sign that the Angelus should go on for 5 minutes”

Q - What are the practical, daily life ways to revolt against Globohomo without breaking equality and employment laws, getting doxed on viral video etc ?

Fact: Pride is literally the most serious of the seven deadly sins in Catholic teaching.
Fact: The rainbow flag is a new age religious symbol.

To learn more about the LGBTQIA+ community, we've uncovered the secret meanings behind the colors on the rainbow pride flag.


I think a backlash was inevitable, and not just from people who were homophobic to begin with. It’s just relentless and ubiquitous for weeks on end now and it’s turned what’s normally one of, if not the, best months in Ireland into a pain in the hole-every cultural venue is spammed up with mediocre events with the ‘queer’ tag attached and the flag itself is actually quite unattractive from an aesthetic perspective-I’d almost describe it as childish.
BlameGame 2021-06-27 14:13:51 UTC #36 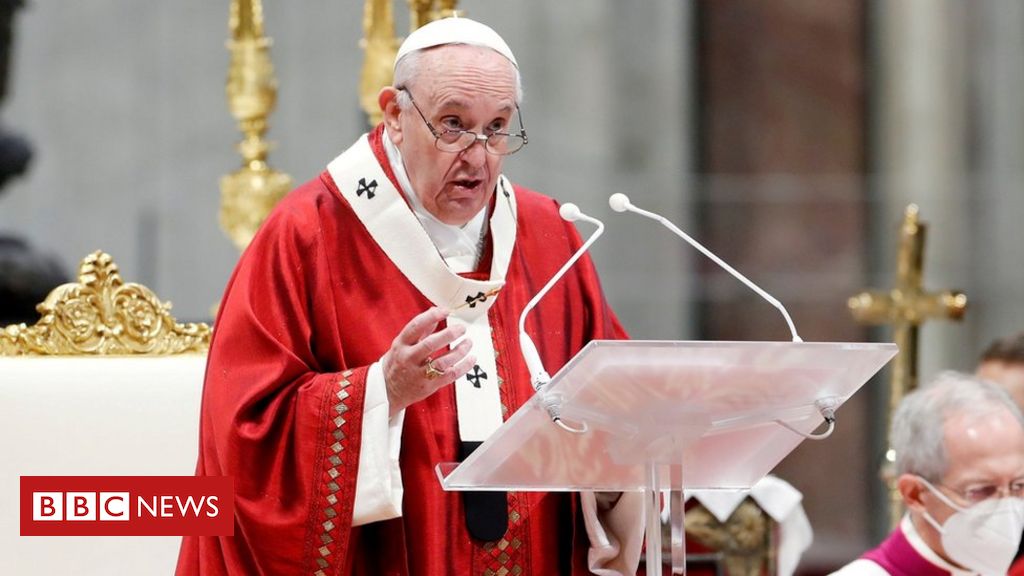 The Church says the bill would stifle Catholic freedoms, but advocates say safeguards are in place.

It has also expressed concern that Catholics could face legal action for expressing their opinions on LGBT issues.
Matteo Salvini, the leader of far-right Northern League, said his party was aligned with the Church’s stance.
Alessandro Zan, who is sponsoring the bill, has rebuffed accusations that it would bring censorship.
“The text [of the law] does not restrict in any way freedom of expression or religious freedom. And it respects the autonomy of all schools,” he tweeted

No one sensible believes gay activists assertions. And rightly so.

Fascinating insights, in many ways nothing new under the sun but those who would not want to protect children from this world of war at all costs, really do have a lot of explaining to do, because until children are adults who may hopefully able to navigate and defend themselves in the open combat of life as they make their choices and take their chances, children stand little to no chance undefended in the adult world.

r/TrueUnpopularOpinion - I no longer support the LGBT community.

I started to doubt the movement when I read about that couple that refused to make a wedding cake for the gay couple. They were put out of business. Though I don’t feel sorry for them, what I did not agree with was when conservatives put together a go fund me for them because they had lost everything- the movement got involved and blocked them from getting any of the gofundme funds. I understand why they were put out of business. They broke the law and should get the consequences…But the fact that the lgbtq community won that victory and then blocked them from rebuilding anything was messed up…To me that was no longer just about them having their rights respected and standing up for themselves- they just wanted to completely annihilate those ppl

I think it’s the alliance of

That’s turning a few against them.
But the “Love is Love” message (even if it’s group love with Pedro who we just met) is very strong propaganda

What kind of message is it then?

Oh you didn’t think that lowering the voting age was just about harnessing youthful liberalism ? Pedro will be (almost) old enough to vote soon 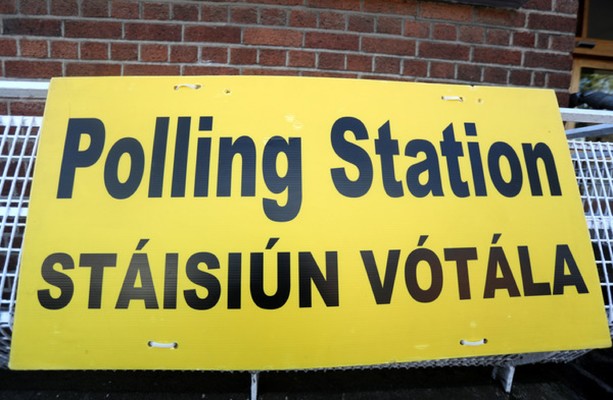 Poll: Do you think Ireland should lower the voting age to 16?

Both Wales and Scotland have the voting age set to 16.