It looks like Liz is in the last 18 months of her reign.

Interesting critique of Liz from a Royalist Loon perspective

Janice Ho chosen to portray the monarch in her youth, as diverse talent selected for key celebration of Her Majesty’s 70 years

Supporters booed loudly throughout the singing of the national anthem, performed by the singer songwriter RAYE, having earlier disrupted the traditional Cup final hymn, ‘Abide With Me’. There were also jeers when The Duke of Cambridge - who later presented the FA Cup to Liverpool’s winning captain Jordan Henderson - was introduced to both teams before kick-off.

Liverpool fans’ booing of the national anthem at cup finals in which their team are represented is a long-standing tradition in its own right, but their latest outburst - just weeks before the Queen celebrates her Platinum Jubilee - has drawn sharp criticism from across the political divide.

I thought it was a heart-warming display of Scousism myself; their contempt for the England national team and the royal family has never been a secret.

Extremely stupid for a future monarch to pick a fight with cabinet. Will he even get to be King of England? Could they pass him over 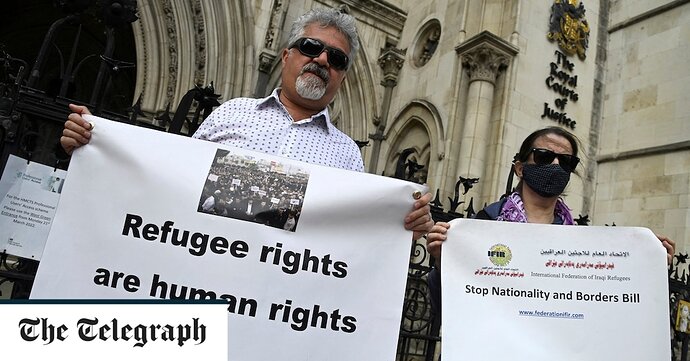 Senior Conservatives have insisted that the Government’s Rwanda policy is “the right thing to do”, after the Prince of Wales reportedly described the plan as “appalling”.
Simon Clarke, the chief secretary to the Treasury, said ministers had “tried everything” to tackle dangerous, illegal Channel crossings, adding: “Unless people are saying we should just accept this, we need a new approach.”
Other Conservative MPs went further, urging Prince Charles to stay out of politics.
One backbencher said: “Charles needs to wake up because if he’s not careful he’s going to put the monarchy in difficulty. The reality is he’s basically the crown prince now, the heir apparent. It’s not his place.”
The interventions come after Clarence House insisted that Prince Charles remained “politically neutral”, following the disclosure of his remarks about the Government’s plan to deport migrants to Rwanda. 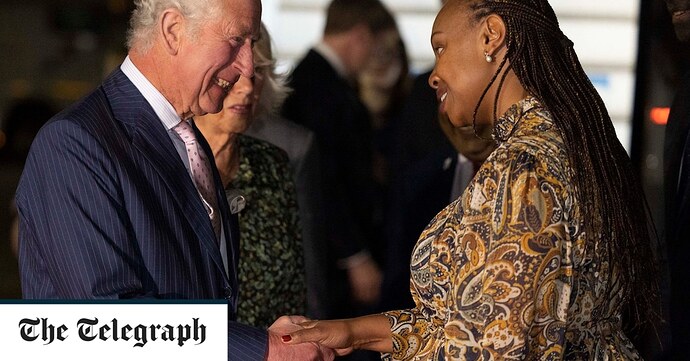 Prince Charles lands in Rwanda – but has his work cut out to save the...

Charlie is actually foolish enough to think the solution is more wokeness. In a fully woke world how would a “royal family” have a future?

He believes that the Commonwealth is “uniquely placed” to lead the fight against climate change, deepening economic ties while focusing on sustainable growth.
He will outline how he thinks the institution should “evolve”, a palace source said.
It came amid fears that many countries are poised to quit when the Prince becomes king, having maintained their ties with the Royal family only out of respect and loyalty to the Queen.

Australia and Jamaica have been earmarked as those most likely to next become republics, although have not yet signalled a desire to leave the Commonwealth.

Such moves could lead to the long-term collapse of the union that has a combined population of 2.5 billion.

One source in the royal household was last Sunday quoted as saying: “The concern at the Palace is that will loosen the ties that bind. Jamaica is halfway out of the door and people have been looking very closely at what has been said in Australia.
“The big fear – and it is not one they can do anything about – is that Australia is next to become a republic.”