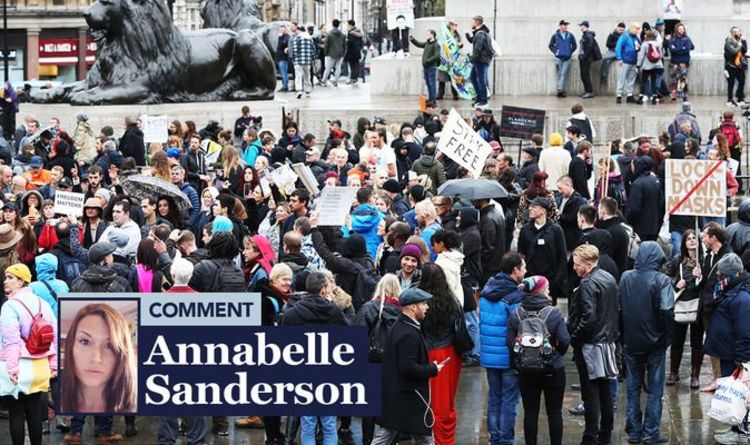 If this very British Covid rebellion spreads no power in the world will stop it...

AS acts of civil defiance go it could barely have been more British. The Met Police were tooled up for a full-scale riot - the number of Territorial Support Group vans on London's streets a clear sign they were ready to move against the "anti-mask...

No, this was the quiet fury of Britain’s famous silent majority – the rump of us, perhaps the best of us, politicians fear the most. Because these protesters are not all sound and fury signifying nothing, these protesters weaponise the ballot box and remove administrations they disagree with.

There were doctors in this crowd, nurses, shopkeepers, businessmen, and everyone from glam young things who’d lost their jobs in the beauty industry to blue-rinse retired ladies from the Home Counties rubbing shoulders with concerned Rastafarians and baffled Hari Krishnas.

But what linked everyone today was that they were here because universally they’d had enough.

One of the big chants of the day was about the 99 percent- to roars of approval. Basically these people know the majority of people in Britain no longer have control over their own lives.

And they accuse the people at the top of actually enjoying this abuse of power.

Of course the crowd contained more than a smattering of shall we say “fringe” elements, the anti-vaxxers, the 5G mobile phone mast blamers, and the tin-foil hat brigade.

But overwhelmingly the protesters were nice, unassuming, salt of the earth Brits whose most antagonistic act of rebellion was to wave their masks at the assembled police.

And speaking of police I saw first hand again just how confused and conflicted our boys and girls in blue are.

It’s always important ot get ot the end of an article.

What the actual fck

Plenty of predictive programming I’m sure.

Not sure if there’s an appetite for this kind of movie at the moment.

Close your eyes… actually no keep them wide open, it’s all there , you’re in a sub-standard Bond movie plot that has segwayed into a bad Star Trek Movie - not a bad villain accent all the same from Klaus, he was almost born for the typecast, not sure the cos-play improves the case for the NWO but sure whatever you’re into… the High Priest of You-Will-Own-Nothing-But-Be-Happy-Dont-Worry-Be-Happy…

What kind of fruit loop dresses like this, even for a ceremony? may I present Klaus Schwab of WEF? The unelected man who wants to change all our lives beyond recognition, and not for the better. I dunno about you but I think we have found ourselves the perp of the next great cyberdemic attack folks!

Here is a recent interview with a Chinese TV channel, he talks like a world leader.

For those interested the get up is part of the KTU Lithuanian university honorary doctorate ceremony.

Here is the KTU rock and roll graduation ceremony.

The defence cultural specialist unit was launched in in 2010 and is tied to the army’s 77th Brigade, which often works with psycological operations teams, reported The Sunday Times

A probe into vaccine disinformation from hostile states, including Russia, will be launched.

The team will start recruiting professional and reserve soldiers to help in its mammoth task as the Government prepares the country for mass vaccinations as soon as next month.

Nothing alarming about this development in a Western democracy to combat those crazy ‘anti vaxers’. No siree

COVID-19 Time to 'HAMMER' RTE and other deviant Media Mafias

I was taking a break from posting but received some info from the UK I feel impelled to share. I’m still a bit freaked out by the young child on the RTE Toy Show beating a toy dog over the head with a hammer, injecting it with a ‘Pfizer Vaccine’...

Really good work from a poster on Political Irish. Worth a look for reference points.

There are trends and then there are fashion trends.

this article implies that Sinn Fein didn’t run enough td’s because they knew what was coming in advance and wanted to profit from it politically. In response to @Epicurus above

Not being sure where to post this link, then handily spotted two wholesome family brands on the LGBT-350 list, since they have been in the news a lot lately, brands you will learn to love and trust with your life and the life of your loved ones. 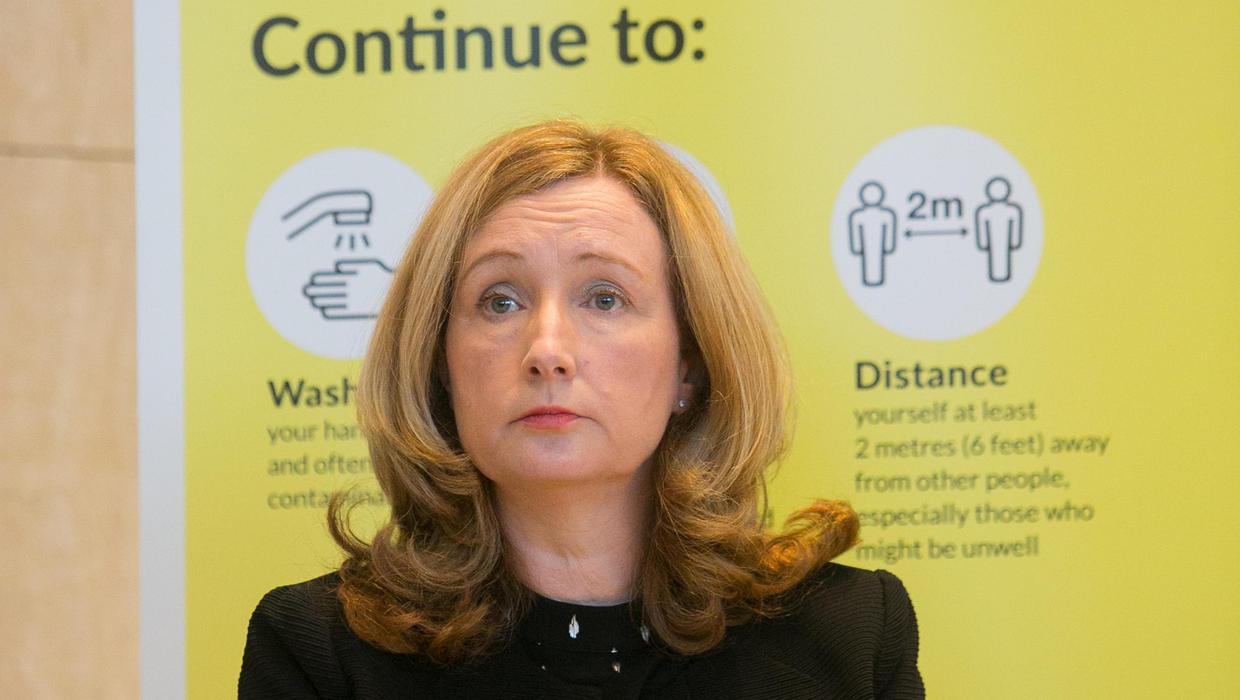 People with vaccine certificates to face fewer restrictions on life

Vaccine certificates may be needed to attend social gatherings or sporting events once the majority of the population are vaccinated.

Who said the Germanic people don’t do humour

RTÉ today, have a farcebook question about the vaccine certificate

WOULD YOU BE HAPPY TO CARRY A VACCINE CERTIFICATE? Health Minister Stephen Donnellly said certificates could play a key role in the fight against coronavirus if the vaccine significantly reduces...

It’s clear that many are willing to get one in return for their “freedom”, so in this case the control of the population has taken on a new level as people are willing to carry a “permit” to regain some of their freedom back.

Which they would have resisted a year ago.

Did you ever ask a bartender if you needed a drink.

Not sure where this fits best, but erosion of freedom continues now Singapore have decided to use the COVID tracker for criminal investigations while it is still “voluntary”, you need it to access many places. 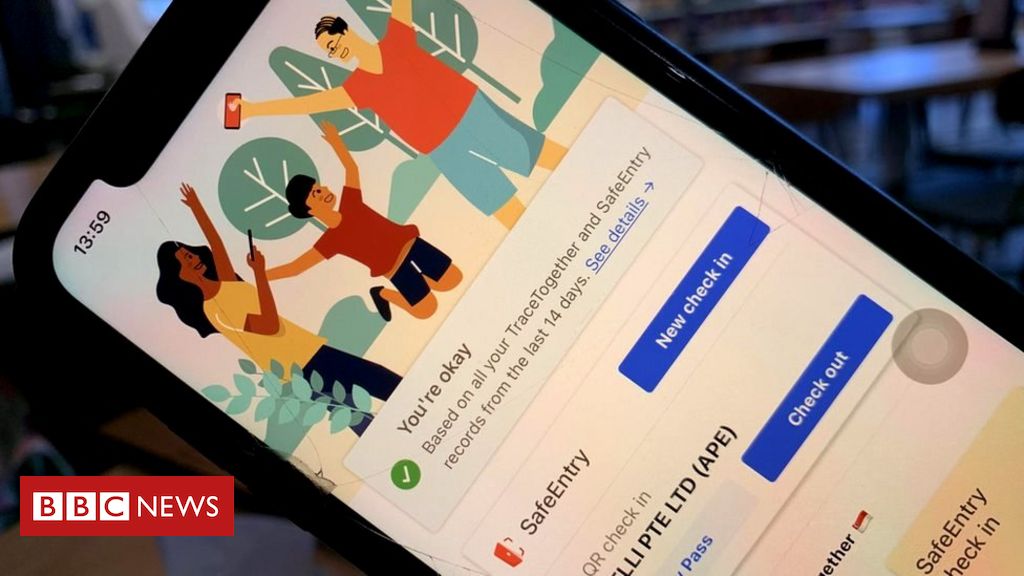