Lets see if the Irish media cover this embarrassing story 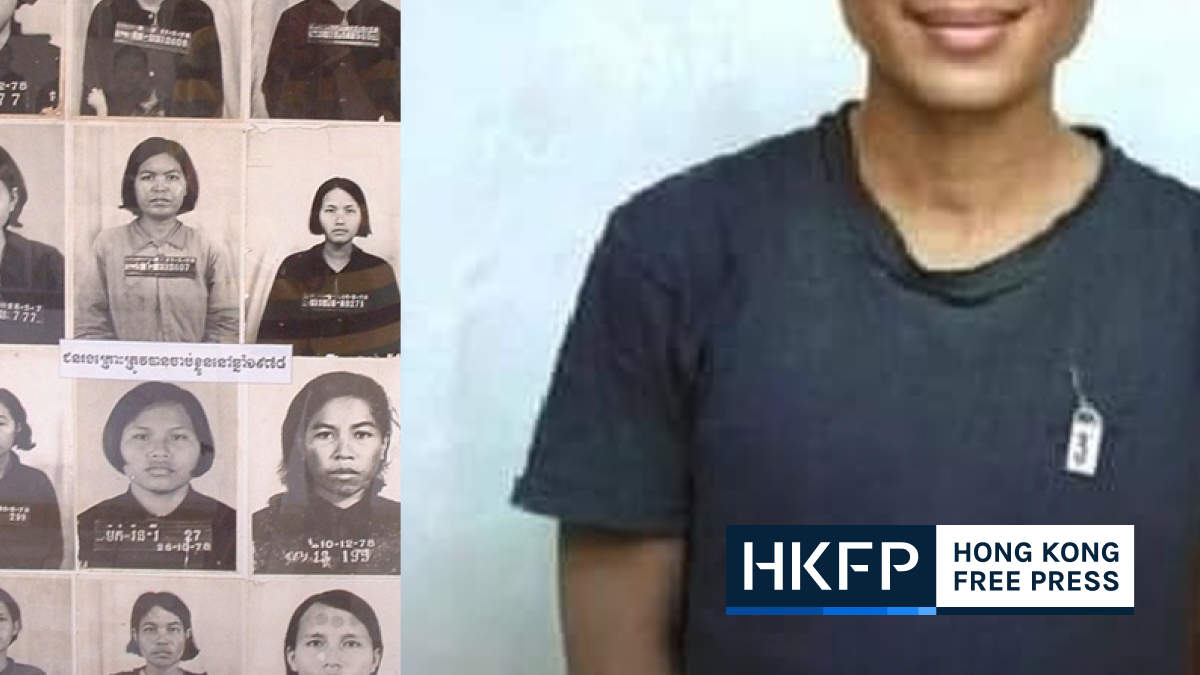 Cambodia’s Ministry of Culture and Fine Arts has said that an Ireland-based photo restoration artist broke the country’s archive law after he digitally colourised and added smiles to images of genocide victims. VICE has removed an article showcasing...

So some sad fucker from Mayo thought it was a great idea to add smiles to colorized photos of people about to be tortured to death by the Khmer Rough during the Cambodian genocide in the mid 1970’s. A genocide that killed many millions of people.

The only question being is this guy just some pig ignorant bogger or has he read too much Chomsky. Chomsky was a huge supporter of the Khmer Rough and I have watched Chomsky go through some very impressive verbal obfuscation in order to avoid having to disown his uncritical support of the Khmer Rough while they were butchering millions of unarmed men women and children. Chomsky claiming for the longest time the whole story was basically a fabrication. I can imagine someone who believes in Chomskyworld not seeing anything wrong with adding smiles to people who were about to be killed. As “Enemies of the People”.

Choamsky - love some of his quotes and learnt a lot about US interference in South American politics from his books.

But other views of his? Odd. Look here, not there…

His writings, like Zinn, are pure fiction. The US “interference” stuff is just politically motivated distortions and lies. Central and South America were political basket cases since before the Louisiana Purchase. As I loved asking the Chomsky true believers in the past, why has US “interference” in Mexico been so “successful”, according to them, yet such a “failure” in Canada. Its not like Canada has not been a direct enemy of the US since 1789 and seen as such for most of the first 150 years of the Republic. The US invaded Canada at least twice before there even was a Texas.

They never can explain Canada for some reason.

The political problems of the Spanish Americas over the last 250 years are 95% homegrown. Nothing to do with the Anglos. The whole US “inference” story is almost always held by people who think Mexicans and South Americans must be too simple and stupid not to screw things up by themselves. The actual story is its more a story of different assimilation polices of the indigenous peoples by the Spanish and the Anglos. The Spanish incorporated the Anglos separated. As a result in modern Spanish Americas the higher the percent of mestizo / indio population the greater the inequality and political instability. And has been for the last two hundred years

In person Chomsky is a truly nasty person. I had good friends in the linguistics department of UC Berkley so got to hear all the “industry” gossip. His scholarly reputation is basically zero by this stage, his work in the 60’s being a dead end easily refuted. But his reputation for trying to destroy the academic careers of those who dared cross him was already well established by the mid 1970’s so people learned to steer clear of him until he dies.

My favorite quote about Chomsky was “if you want to see the sort of people who ran the Gulags, the senior NKVD officers, just watch Chomsky speak for a few minutes”. Because that is exactly who Chomsky is. The kind of guy who would run very efficient mass murder machines of millions.

Which is why Chomsky loved the Khmer Rough so much. His sort of people.

Agree not to be trusted, although I was taken in at first, but still interesting to see him speak once you know he’s a snake though. And yes, linguistics…

Steven Pinker works there too I think? Wrote that book - Enlightenment now. His talk at Trinity for that book tour was hosted / facilitated by Tomas Ryan of ISAG infamy…

My favorite quote about Chomsky was “if you want to see the sort of people who ran the Gulags, the senior NKVD officers, just watch Chomsky speak for a few minutes”. Because that is exactly who Chomsky is. The kind of guy who would run very efficient mass murder machines of millions.

Solzhenitsyn, would nod his head in agreement, and this is why his last book won’t be published in English

Thinking back over the more than 40 years since I first read all three volumes during the summer of 1978 The Gulag Archipelago is still the book that had the most direct and profound impact on my worldview. I was very familiar with the works of people like Robert Conquest and had no illusions of what had happened in the Soviet Union but it was the sustained power and brilliance of what Solzhenitsyn that was so overwhelming. At the time I thought the history of 20’th century writing will be great works of fiction and great works of non-fiction - and The Gulag Archipelago. In its own category unique and unsurpassed as a record of the depths of evil humans can plumb. I’ve seen nothing in the last five decades to change this opinion.

The book has also been a good litmus test for when dealing with modern day “Marxists”. Always affluent middle class non-entities. To decide whether they are stupid or evil. The stupid ones never heard of The Gulag Archipelago. The evil ones have. Almost all of them are just stupid. The few evils ones you will find at Antifa etc demos.

The actual story is its more a story of different assimilation polices of the indigenous peoples by the Spanish and the Anglos. The Spanish incorporated the Anglos separated. As a result in modern Spanish Americas the higher the percent of mestizo / indio population the greater the inequality and political instability.

More of a very different history. The Spanish once they arrived in the Americas tried to replicate the policy they used in the reconquered Moorish lands of southern Spain. Assimilation. Which is one reason why slavery was outlawed pretty much from the start. The Anglos had a tribal treaty / colony history, inherited from the Normans, so followed a different plan of isolation and marginalization trough sheer numbers of settlers. Due to American politics people tend to only hear of the bad stories about the treatment of the Amerindians by the US but they got a far worse deal in Mexico. It was basically assimilation or death by the late 19’th century in Mexico.

The only Indian War that crossed the border was the Apache Wars and by the time of Gerenomo the Apaches had such a deep hatred for the Mexicans that all Mexican prisoner were killed out of hand whereas the American ones were nearly always spared. The Americans just wanted to keep them on their allotted lands where as the Mexicans wanted them wiped out.

Not much has changed a century later. The blanco/indio fracture in the Spanish Americas is a deep and irreconcilable as ever. Its not just the US which has a “race” problem. With the exception of Costa Rica, Chile and Argentina all of Central and South America does. .