Looking Back - Job done or a lot more to do?

Looking Back - Job done or a lot more to do?

The following list of “Communist Goals” was taken from the book, “The Naked Communist,” written by former FBI agent, W. Cleon Skousen and published in 1958. The list was read into the Congressional record by A. S. Herlong, Jr., Democratic Representative from the 4th Congressional District in Florida on January 10, 1963.

Check it out, I think you can pretty well consider all the points in red/bold as COMPLETED. Remember, this list was published in 1958 and read into the Congressional Record in 1963.

Communist Goals (1963) From “The Naked Communist,” by Cleon Skousen

On Jan. 10, 1963, Congressman Albert S. Herlong Jr. of Florida read a list of 45 Communist goals into the Congressional Record. The list was derived from researcher Cleon Skousen’s book “The Naked Communist.” 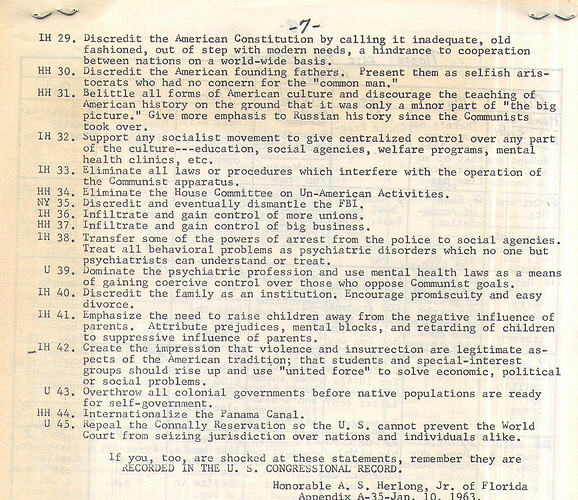 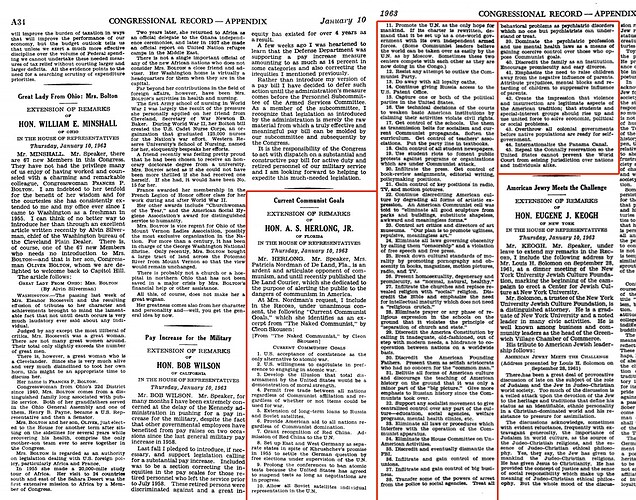 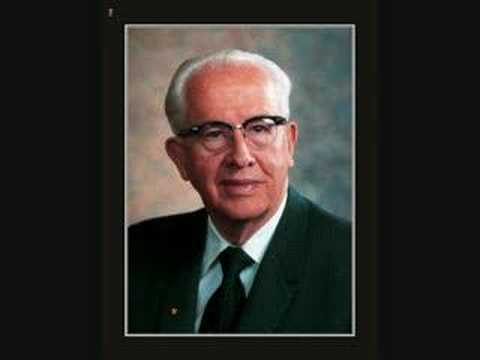 "I have personally witnessed the heart-rending results of the loss of freedom. I have talked face-to-face with the godless Communist leaders. It may surprise you to learn that I was host to Mr. Khrushchev for a half-day when he visited the United States. Not that I’m proud of it. I opposed his coming then, and I still feel it was a mistake to welcome this atheistic murderer as a state visitor.

As we talked face-to-face, he indicated that my grandchildren would live under Communism. After assuring him that I expected to do all in my power to assure that his, and all other grandchildren, will live under freedom, he arrogantly declared, in substance:

“You Americans are so gullible. No, you won’t accept communism outright. But we’ll keep feeding you small doses of socialism until you finally wake up and find you already have communism. We won’t have to fight you; we’ll so weaken your economy until you fall like overripe fruit into our hands.”

Yuri Bezminov… the full interview is online too.