Graphene Oxide, a Poison to Humans is in the Shots.

Karen Kingston, a former Pfizer employee and current analyst for the pharmaceutical and medical device industries, came forward with indisputable documentation that should be shared with the ENTIRE WORLD!

Listen to all of this, this lady goes into detail. Manufacturing details. Patent details across the world.

EXCLUSIVE! Karen Kingston, a former Pfizer employee and current analyst for the pharmaceutical and medical device industries, came forward with indisputable documentation that should be shared with th

The Government will seek to fight the online spread of misinformation on coronavirus vaccines as the jabs are rolled out to younger people, Taoiseach Micheál Martin has said.

As the vaccine programme expands to cover 12- to 18-year-olds Mr Martin said the advice to Government is that the inoculations are safe. He encouraged parents to consult their GPs and also discuss vaccination with their children.

Mr Martin also said he expects vaccine-booster shots to be available to wider sections of society in the winter. The initial plan is for more vaccine shots for the over-80s, medically vulnerable and frontline health workers.

The Taoiseach would not be drawn on whether he believes pandemic measures will continue into 2022, but said it will be the end of August before any further easing of restrictions will be considered.

He also suggested the pandemic could end with a “whimper rather than a bang” but there’s not going to be a “magic date” for when it’s over.

Mr Martin was speaking at the unveiling of the Creating Our Future initiative that aims to collect 10,000 ideas from the public on the future of science and research.

He said that the Government has yet to be presented with estimates on the percentage of teenagers that will be vaccinated by the time schools return. But he expects the Health Service Executive to be able to provide such data when it operationalises the advice to vaccinate the age group.

Mr Martin said “notwithstanding misinformation and anti-vax campaigns . . . there has been a very high uptake in Ireland. ”

He said this “gives us some degree of confidence in terms of the rollout to the younger age cohorts that will now commence following the Niac [National Immunisation Advisory Committee] advice.”

Mr Martin also said: “We will be looking specifically at countering misinformation on social media” that may be targeted at young people. “Increasingly there is a sense that that is happening out there online. So we constantly reassess our communications around Covid, around vaccines and that is something that we will be focusing in on.”

On vaccinating children he said that the European Medicines Agency and other international authorities have approved the vaccines.

He said parental choice will be “key” in decisions for children and he does not want to put pressure on them. Mr Martin also said that “many young people want to take the vaccine . . . our advice is that the vaccines are safe and effective and offer protection against Covid-19 which can have a very negative impact on some young people. The percentage of cases that develop into long Covid are significant and it can have a very damaging impact on people’s development.”

The Taoiseach said he anticipates that booster shots will be available to “wider age cohorts” than the groups already flagged as the winter progresses.

He said European Union planning has seen the bloc enter into pre-purchase agreements with vaccine producers for 2022 and 2023 and that boosters “could be similar to the flu jab on an annual basis”.

He added that potentially it will reach a situation where anyone that wants a booster shot can get one.

Meanwhile, Tánaiste Leo Varadkar has said that the reopening of schools and colleges will not be dependent on teenagers being vaccinated.

Colleges and schools are going to reopen, he told RTÉ radio’s Today with Claire Byrne show. While the return to campus might be staggered, said Mr Varadkar the Government wanted students to have a campus experience.

The vaccination programme is to be extended and children could start receiving appointments as early as next week.

Niac chairwoman Prof Karina Butler said the recommendation to extend the vaccination programme to children aged 12 to 15 years had been reached following “a lot of thoughtful consideration”.

The decision was in recognition of the need to protect the vulnerable in that age group and those with underlying conditions, said Prof Butler. She acknowledged that the chances of children becoming very ill from the virus are rare, but there were cases where children contracted long Covid, in some cases many weeks after they were first infected and they ended up in intensive care.

Prof Butler said Niac believed that the benefits outweighed the risks so it had been decided to offer the vaccine to that age group.

Earlier Minister for Health Stephen Donnelly has said there was “absolutely no suggestion” children who were not vaccinated could not return to school.

The Minister told RTÉ Radio’s Morning Ireland that the State had a high vaccine take-up. And he noted that in the first 90 minutes of the portal opening for registration of 16- to 17-year-olds there had been 10,000 sign-ups.

Earlier on Newstalk Breakfast Mr Donnelly said his priority was to get the vaccine to children who were at high risk or vulnerable, or were from families with such conditions.

More than 70 per cent of adults are now vaccinated fully in the State with 85 per cent vaccinated partially and 5.66 million doses administered, according to the latest official figures.

Prof Butler also said the Department of Health is at present considering advice with regard to the mixing of different types of vaccines.She said the recommendation had been made “in the last few weeks” but declined to outline what it had been.

The international data on mixing of vaccines had been very encouraging, she explained, but Niac had been waiting to see all that data before it made its recommendation.

The Covid-19 adviser for the Irish College of General Practitioners, Mary Favier, has said GPs would be happy to answer any questions parents might have about giving the vaccine to their children.

Dr Favier, who is also a member of the National Public Health Emergency Team, told Newstalk Breakfast that parents of high-risk or vulnerable children had been asking for the vaccine for some time.

Although children generally did not experience extreme symptoms from Covid-19, said Dr Favier, there had been cases of long Covid. This was a significant concern and parents would want their children to be safe, she said.

To date, the Pfizer and Moderna vaccines have been approved by the European Medicines Agency for 12- to 15-year-olds. During clinical trials, the estimate for efficacy of both was reported as 100 per cent in this age groups.

The HSE will spend several days this week making arrangements to accommodate the younger cohort. This will involve allowing parents to register their child on the vaccine portal and accompany them to a vaccination centre.

So if you love your children you are an anti-vaxxer

If next minute all vaxxtards turn into transformer drones, I’m not going to be very surprised, rather amused. But i should be concerned. I am concerned with sticky vaxxers because most likely… 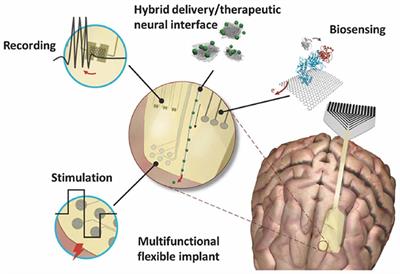 The scientific community has witnessed an exponential increase in the applications of graphene and graphene-based materials in a wide range of fields, from engineering to electronics to biotechnologies and biomedical applications. For what concerns...

Video is in German, appears to claim it’s the Pfizer or COMIRNATY under the microscope.

My guess is that the luciferians are experimenting with many different potions in order perfect various elixirs that they can then inject themselves.

WHAT IS REALLY IN THE C19 VACCINES?

A new report has just been released by The Scientists Club collating research on the real contents of the C19 'vaccines'. This article features a few highlights - to read the full report please download the PDF at the end. BTW - In anticipation of...

Company confirms reports of particulate matter in vials, but finds 'no safety issues'

Apparently the contaminant reacts to magnets.