Subconsciously they are not going to want to consider the vaccine as a cause of harm. It would mean they actively harmed themselves, their patients & their own families. That… will be difficult for them to face and admit.

Just another, “whoops sorry about that” story:

A scandal worse than thalidomide

The moment her newborn son Sebastian was handed to her, Catherine McNamara knew something was terribly wrong.His tiny hands were deformed, unnaturally twisted a

So upward attack rate to continue/explode…

They’re doing a media blitz today on early-intervention awareness. On the radio, they said heart attack rates in Ireland were fairly constant and early response survival rates good - they only quoted figures from 2017 up to the end of 2020 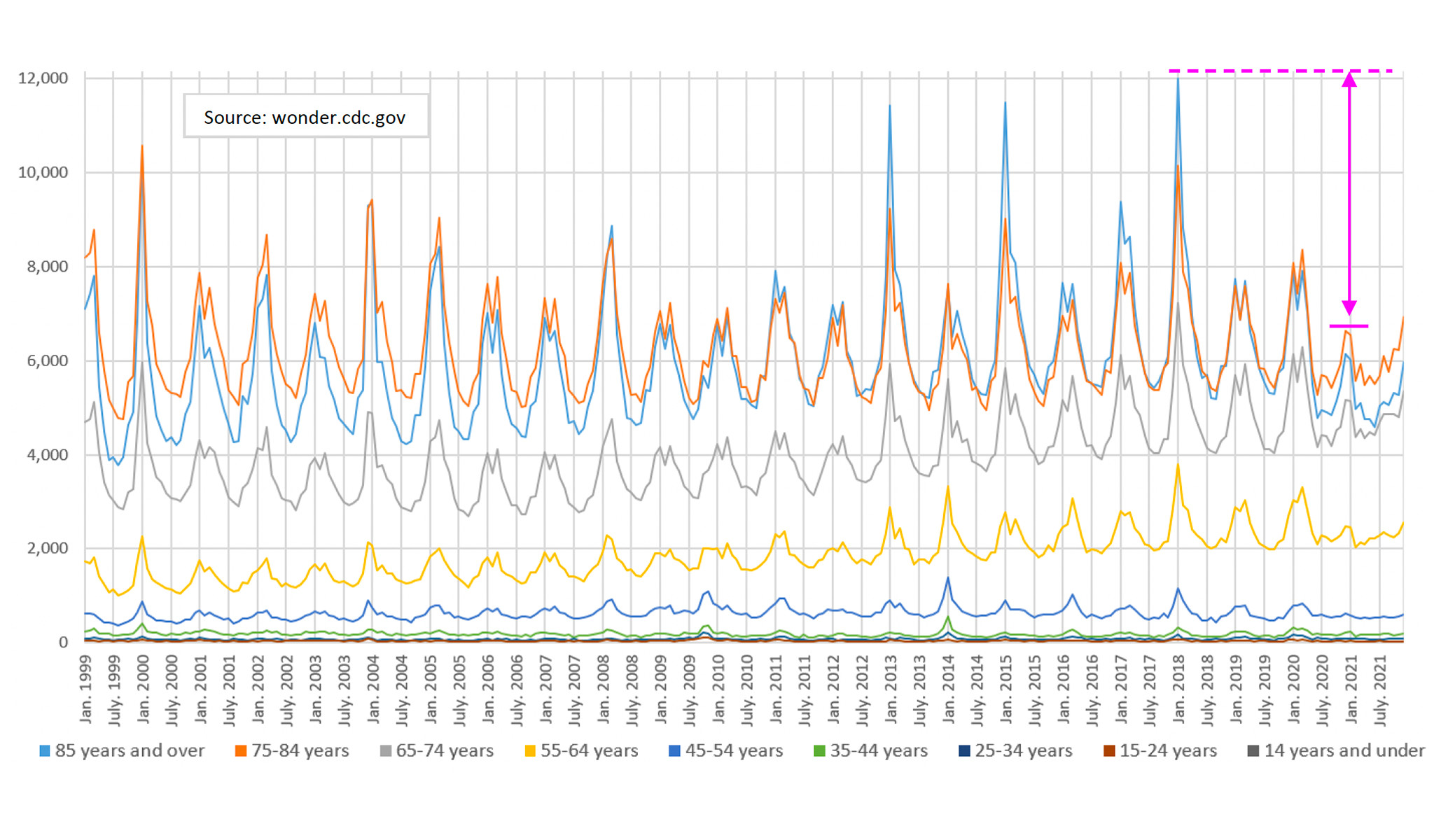 Why So Many Middle-Aged Deaths in 2021? ⋆ Brownstone Institute

Deaths of despair? Increased deaths due to untreated conditions in 2020? Due to COVID or one of its variants? Due to vaccines?

Covid-19: Is the US compensation scheme for vaccine injuries fit for purpose?

Patients and lawyers say that America’s system for covid vaccine injury claims is costly, opaque, and yet to issue a single payout. Maryanne Demasi reports “My toes move constantly, 24 hours a day, uncontrollably back and forth,” says Chris...

Walgreens vaccination and infection data. Have a look at page three.you can look at different age subgroups too.

The Health Service Executive's National Director of Vaccinations Damien McCallion has said there is "strong evidence" for people aged 65 and over and those who are immunocompromised to receive a second Covid-19 booster.

Masters in Innovation and Change as part of a cross border programme between UUU and LIT.

Certificate in Management through OU

have regulators been pushing the wrong vaccines? 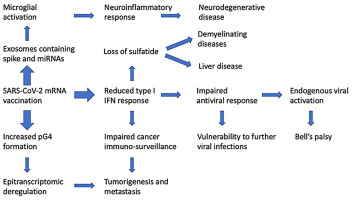 Innate immune suppression by SARS-CoV-2 mRNA vaccinations: The role of...

The mRNA SARS-CoV-2 vaccines were brought to market in response to the public health crises of Covid-19. The utilization of mRNA vaccines in the conte…

Covid vaccination increases the risk of severe heart inflammation up to 120-fold, a major study from Scandinavia published in the Journal of the American Medical Association ( JAMA ) has found.

SARS-CoV-2 Vaccination and Myocarditis in a Nordic Cohort Study of 23 Million...

This cohort study conducted using nationwide registers assesses the risks of myocarditis and pericarditis after SARS-CoV-2 messenger RNA vaccinations in a combined population of 23.1 million individuals across Denmark, Finland, Norway, and Sweden.

" Times, however, have changed. The respected and conservative Wall Street Journal ( WSJ ) has aired concerns about poor regulatory decisions at the US Food and Drug Agency (FDA) over booster shots. It joins a growing international chorus of highly qualified and influential voices.

On April 3, in an opinion piece entitled ‘FDA Shuts Out Its Own Experts in Authorising Another Vaccine Booster’,Dr Marty Makary, a surgeon and public policy researcher at Johns Hopkins University School of Medicine, wrote: ‘The FDA last week authorised Americans over 50 to get a fourth Covid vaccine dose. Some of the FDA’s own experts disagreed, but the agency simply ignored them.’

Eric Rubin, editor-in-chief of the New England Journal of Medicine (arguably the world’s most influential medical journal) and a member of the FDA advisory committee on vaccines told CNN last month: ‘I haven’t seen enough data to determine whether anyone needs a fourth dose.’

Dr Cody Meissner, also a member of the FDA vaccine advisory committee and chief of paediatric infectious diseases at Tufts Children’s Hospital in Boston, agreed: ‘The fourth dose is an unanswered question for people with a normal immune system.’

A third member of the committee, Dr Paul Offit of the Children’s Hospital of Philadelphia, went further. He told the Atlantic magazine that he advised his 20-something son to forgo the first booster.

Two top FDA officials, Marion Gruber, Director of the FDA Office of Vaccine Research and Review and her deputy Paul Krause, quit the FDA in September last year complaining of undue pressure to authorise boosters and a lack of data to support their use.

Unbelievably, the US Centers for Disease Control (CDC) rubber-stamped the FDA decision to approve a second booster without even convening its panel of external independent vaccine experts.

The WSJ article described the effect of boosters as fleeting, mild and short-lived. It sounded a note of alarm saying that neither the CDC nor the US National Institutes of Health (NIH) had made a priority of studying vaccine complications. Moreover their VAERS data collection and analysis process is incomplete and inadequate. In other words, the safety investigation to date of adverse effects of mRNA vaccination is incomplete and potentially misleading.

The central question raised by the WSJ opinion piece is, why wouldn’t the US regulators wish to undertake accurate and complete investigation of adverse effects of mRNA vaccination? Have pharmaceutical interests been able to influence decision-making at the FDA to their own commercial advantage at the expense of safety considerations?

The British Medical Journal agrees. On March 16 it published an article which said: ‘Evidence-based medicine has been corrupted by corporate interests, failed regulation and commercialisation of academia.’

The lessons are obvious. We have stifled debate and slavishly followed FDA advice. Now there is a need for revaluation and debate. We have travelled a long way down a one-way street, but it appears to be a dead end. The triumphant articles published about a survey of vaccine-resistant people born in Dunedin was a low point in uncritical mainstream media publishing. We have to regain an objective voice.

A paper published on April 5 in the New England Journal of Medicine found that any measurable protective effect of the fourth inoculation (which in any case, it found, is very small in absolute terms) disappeared after just eight weeks. Moreover a paper in the Lancet on April 8 admitted that boosters carry a risk of additional side-effects. Both these papers, however, skirted the obvious safety questions in favour of weak praise for vaccine orthodoxy.

In contrast the WSJ article asked the important question: ‘Who is actually getting serious about measuring the extent of adverse events, rather than continuing to urge uncritical acceptance of a largely ineffective vaccine?’ 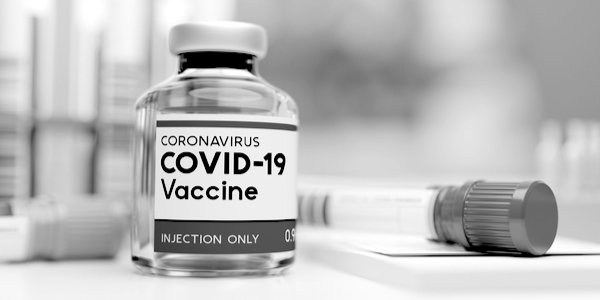 When will these vaccine zealots wake up to the truth? - The Conservative Woman

When will these vaccine zealots wake up to the truth?

That is probably the best single paper I’ve seen so far on digging through the data in a substantive way. A very good subject survey paper. None of the usual sloppiness. That goes in the pile of reference material for future litigation for public health professional malpractice. Legally the analytical v clinical accuracy for various tests is the kill shot but there are some good supplemental subjects covered in that paper.

By the time this is over public health officials will go to jail for what they did. In the US at least. Might take a decade or two but litigation like this has a relentless momentum of its own.

The NIH now knows that the COVID vaccines can cause death 1 year from the...

A 61-year-old man got 1 dose of a COVID vaccine and developed severe neuropathy within days. The neuropathy continued for a year until he died of a stroke and massive blood clots. The NIH knows.

Epidemic: German and Austrian Mayors Under 60 Are'Suddenly and Unexpectedly'...

When did so many young and healthy middle-aged people, described as healthy and sporty, drop dead before 2020?

14 January, wow this stuff is really being kept quiet.

Doctors admitted that the man’s death was the result of vaccination. After that, the insurance company refused to pay the family money, because the insurance policy excludes the use of experimental drugs and treatments, including vaccination against coronavirus.

The escape hatch has been verified in law by the looks of it, no no will get redress for loved ones killed.