And it seems from this they are using very conservative estimates for vaccine adverse reactions.

“The number of cases experiencing adverse reactions has been reported to be 700 per 100,000 vaccinations”.

Sweden was seeing about 3% adverse reactions to Astrazeneca out of 700K vaccinated. That Doctor in Canada was seeing a similar percentage in his patients (900 vaccinations given I believe) to the Moderna vaccine. These were short term adverse reactions, let alone the medium to long term ones. Hopefully the data keeps coming and public opinion begins to turn, over the next few months.

Thousands of flights cancelled as vaccinated pilots fall ill or die | The...

According to a 2014 study published in the Journal of Thrombosis and Haemostasis, pilots suffer an increased risk of clotting issues due to frequent and prolonged air travel. Pilots are encouraged to be aware of the signs of deep venous thrombosis...

Clot risk to 18-39s from AstraZeneca vaccine is twice as high as Covid death...

New modelling study published in the European Centre for Disease Prevention and Control’s medical journal has concluded that the dangers presented to ...

using the vaccine on the entire adult population there would avert 10 deaths from Covid among 18-39-year-olds, but would be associated with 21 deaths from blood clotting in the same age grouping over the same time period.

“concludes that using the vaccine on the entire adult population there would avert 10 deaths from Covid among 18-39-year-olds, but would be associated with 21 deaths from blood clotting in the same age grouping over the same time period.”

"However, in light of dire projections earlier in the week from Nphet concerning the potential spread of the Delta variant of Covid-19, the HSE announced that from Monday, July 5, all 18-34-year-olds will be able to avail of Janssen vaccines, administered by 750 pharmacies. "

They literally have no real idea the level of blood clotting for the over 50s because they are not checking for this. They are able to sweep it under the carpet because the amount of the condition per year in this demographic is much higher. The data they released showed they were not checking for it. It just stands out a mile in younger people as they shouldn’t be exhibiting this symptom so it’s impossible to hide.

It’s amazing how all these advisory groups are treating every variant of the virus as if it’s Ebola, and every symptom from the ‘vaccines’ as if they are nothing. It reminds me of the Upton Sinclair quote

“It is difficult to get a man to understand something when his salary depends upon his not understanding it.”

Give a man a fish and he’ll eat for a day, but teach a man to terrify his neighbours into fishing for him, and he’ll never be hungry again. 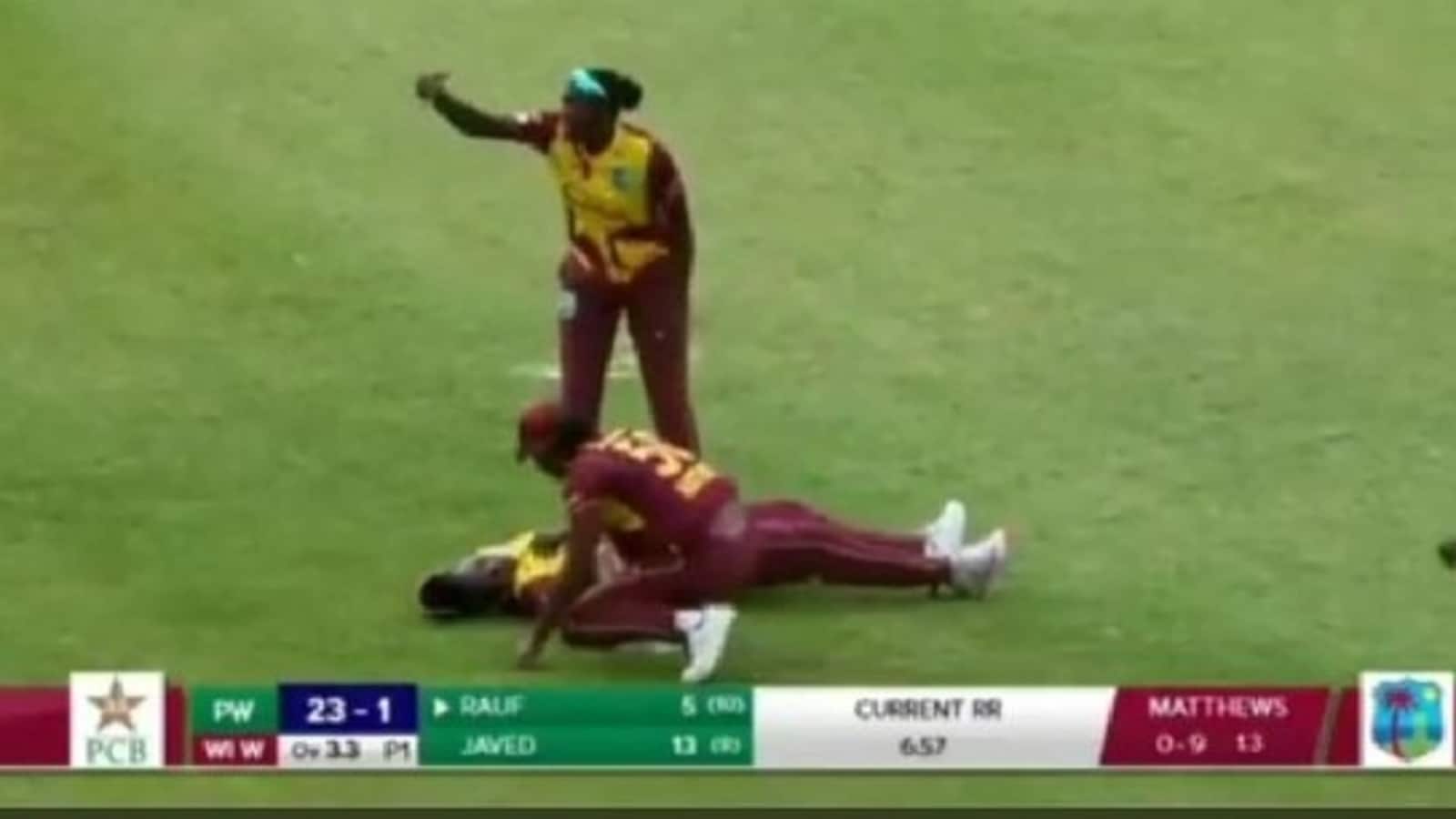 Two West Indies women cricketers collapse in a span of 10 mins in 2nd T20I vs...

Henry was the first to collapse during the fourth over of the Pakistan innings as the rest of the West Indies cricketers ran to attend to her. Soon after play resumed, it was Nation, who fainted. She too was taken to hospital.

It’s now just over two weeks until the Olympics begin in high summer Tokyo with 30⁰+ temperatures and stifling humidity; is there an acceptable number of collapses or even deaths they’ll try to gloss over? I would guess that 5 of the former or 2 of the latter would be the tipping points. About 100 preliminary reports of Guillain-Barré have been detected after 12.8 million doses of Johnson & Johnson vaccine were administered, the Centers for Disease Control and Prevention said in a statement.

So exactly the same problem as with the Great Swine Flu Vaccine Fiasco of 1976 in the US. That was shut down after hundreds of Guillain-Barré cases. In that fiasco the rush to get a vaccine into production and distribution had meant no proper rigorous testing of the formulation had been done before distribution and as a result…

You always have great nuggets of info that would otherwise take a while to ferret out - thank you!

Quick search says it was maximal in the initial six weeks post vaccination for 1976-77, surveillance in the following years was performed and those ones seemed to be fine.

Lots of videos on that swine flu & the vaccine issues, I’d seen them, but not registered that it was GB syndrome…

It was a really big story at the time. The mass vaccination programme in the US was abandoned less than half way through due to huge push back, people refusing to be vaccinated. It was not until the 1990’s that the annual flu shot programme in the US really recovered from what happened in 1976 and even then a lot of the older people I know refused the flu shot because of what happened in 1976.

There was a smaller scale repeat of the story in several EU countries during the Swine Flu (H1N1) pandemic in 2009. But no deaths involved. In that case huge contracts were signed before it was realized that older people had very high cross immunity to H1N1-09. Which reduced the final death toll by at least two thirds. Billions were lost in that fiasco and a couple of political scandals too. But if H1N1-09 had a traditional mortality profile the Swine Flu pandemic in 2009 would have been the most deadly pandemic since 1968/69.

By an odd coincidence the age cohort that had the highest SARs CoV 2 mortality in Spring 2020 were exactly the people who would have had a high mortality rate in 2009 if H1N1-09 had had a traditional influenza pandemic mortality age profile. Natures is like that. You dodge one pandemic bullet and the next pandemic bullet that comes along gets you. 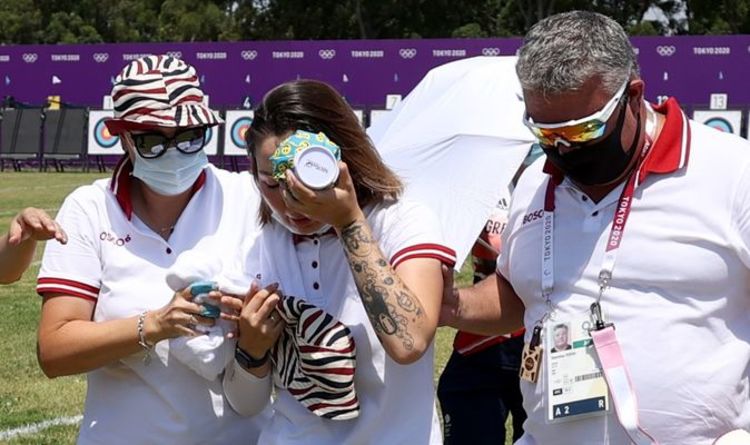 Russian archer Svetlana Gomboeva collapsed in the searing heat at the Tokyo Olympics.

"“This is the first time I remember this happening. In Vladivostok, where we were training before this, the weather was similar.”

The Revolution will not be televised but the WAR is.

I think @TheRube was waiting for such a turn of events or was it @thehammer, I think it was one of the “the’s”

Eh Rube variant OW, as addressed to above. 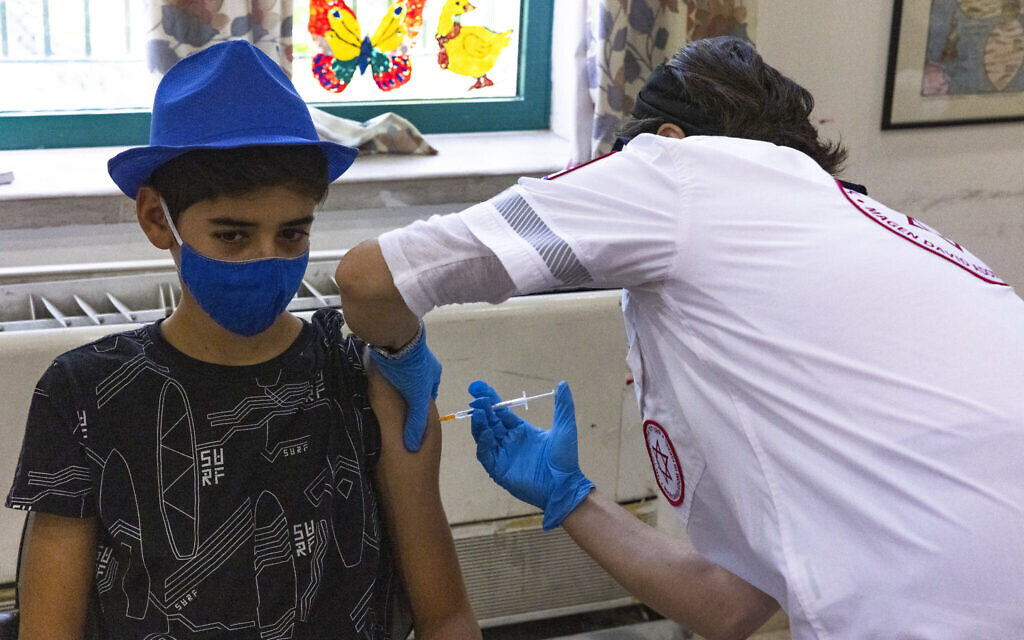 PM Bennett said to have had personal talks with Pfizer CEO Albert Bourla to secure deal, though no decision has yet been made on widespread booster doses

A thread dedicated to those who are becoming sick or dying from reactions to the vaccine. Please add as you find them. 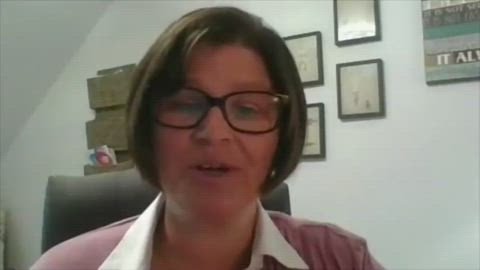 Maryland nurse has never seen anything like it, with adverse effects and deaths from the vaccine

This is from a long term 12 year boards.ie poster:

“However this week has been different. We were vaccinating people in their early twenties down to 19 year olds. On one day alone this week we had a 19 year girl have a complete blackout for 40 minutes. She ended up being brought to hospital in an ambulance, still unconscious. On the same day 2 young men also collapsed and we treated on site. All had complete blackouts. We had never seen this to date. It was upsetting and worrying. They all got Pfizer.”

I work in a vaccination centre. I loved it when we were vaccinating the people in their 80’s, 70’s, 60’s and 50’s. It was rewarding and felt we were on the right track. We had very few issue with people having immediate reactions or needing to go to a recovery cubicle and lie down or get oxygen.

However this week has been different. We were vaccinating people in their early twenties down to 19 year olds. On one day alone this week we had a 19 year girl have a complete blackout for 40 minutes. She ended up being brought to hospital in an ambulance, still unconscious. On the same day 2 young men also collapsed and we treated on site. All had complete blackouts. We had never seen this to date. It was upsetting and worrying. They all got Pfizer.

I also have to say on a personal note I felt distressed on the days we vaccinate pregnant women, anyone between 13 weeks and 36.5 weeks pregnant (Moderna), who arrive in with huge bumps and queue up for their jab! As women we are told we cannot take an aspirin, we cannot drink alcohol, we cannot eat soft cheese/pate, we cannot smoke while pregnant. But we are told to take an MRNA vaccine as late in pregnancy as 36.5 weeks. 3 women on our vaccine team all experienced bleeding (periods) within 12 hours of getting the Moderna vaccine… the same one pregnant women are getting.**

I am fully vaccinated but if I had teenagers or younger children I categorically would NOT be getting them vaccinated at the moment, neither would I get a vaccine while pregnant.

I see many cling to the magical efficacy against the coivds but studiously ignore the #clotshot reality.

I also hear a single bullet can cure a headache permenantly, 100% efficacy.