Thats generally indicative of the narrative coming under pressure.

The social media reaction that Ive seen has been hugely supportive of the actions of the Gardai ie the blm race narrative has gained zero momentum within maiinstream circles and has actually experienced huge levels of pushback.

A video completion has been uploaded of a lot of the videos being disappeared, that document the roaming lawless mob and violent attacks on shoppers from Blanchardstown Shopping Centre and Hartstown.

Hardly a copper in sight for the most part.

There at least 3 instances of serious assault from yesterday recorded or indicated from the various videos, one of a
66 year old woman being drag out of her car and beaten to a “pulp” while her Cj listen watched according to one video statement posted to Twitter.

There is another video without full context but it could be easily assumed the cops simply cleared off and left the large mob to it’s own devices to carry on unperturbed outside the K circle garage.

I use a youtube video downloader to grab all videos that might be made disappear. Plus I have started using DuckDuckGo for all searches that might be shaped for purely partisan purposes. Which is a hell of a lot of subjects these days.

MERJ Ireland on Twitter: "A candle vigil for George Nkencho will take place today in Dublin and Galway. An online vigil will take place on the MERJ Facebook page and you can also post a photo of a candle with the hashtags #GeorgeNkencho and #JusticeforGeorgeNkencho https://t.co/ByirgD98Nl" / Twitter

Black voices will be the only ones given a platform. Non-Black people should only be there to support black voices.
There are no leaders, so everyone who is black can jump in and speak. This is a black led and black centred vigil, white input should not be allowed.

You’d be best making your own pension arrangements, if one hasn’t already. Cut out the middle man like

Will it be like this gathering where the younger brother calls for the killing of the garda who fired the shots?

That b a real hate crime right there

I have no brother now, he was the eldest in the family. I have to take care of my mum now. I just want justice for my brother.”

Wow Irish Times just reported the kindly first half of the brother’s speech. Not the bit where he wanted the Guard “dead” , “terminated”

Standard procedure in other countries. (The London Bridge knife attacker stabbed five people - killing two of them before the police shot him dead.) 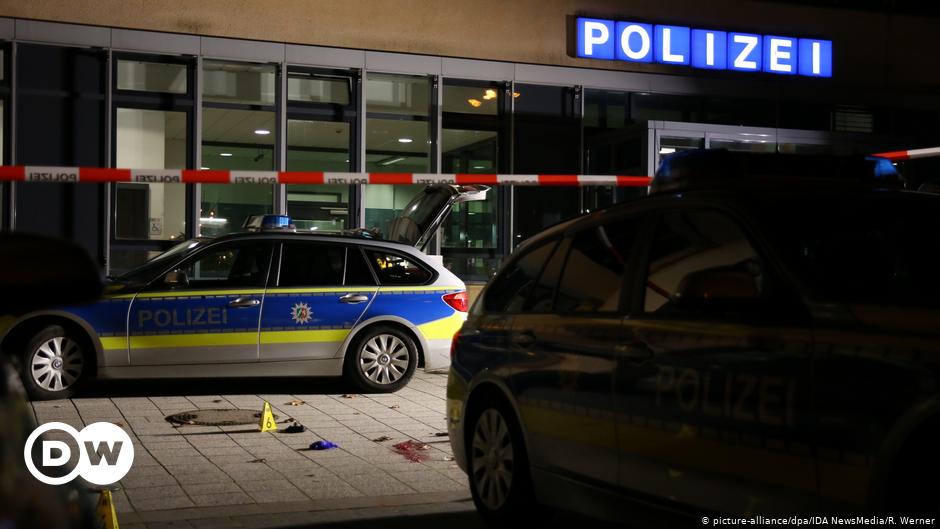 Police in Gelsenkirchen said the alleged perpetrator was attacking officers when he was shot. A similar incident in France saw another alleged attacker shot and injured by police.

Based on the video evidence of the young couple being assaulted outside the filling station, the man in transit van being threatened at the junction, the shoppers being threatened inside the Eurospar and the lady being intimidated as she went to her car, it seems to me that these gangs have been engaging in a low level form of terrorism.

Terrorism:
The unlawful use of violence and intimidation, especially against civilians, in the pursuit of political aims.

[Edit: The video of the mob being led by 1 individual, threatening to “rush” the man in the van appears to have been removed from youtube.
This video was notable because it showed the the following: 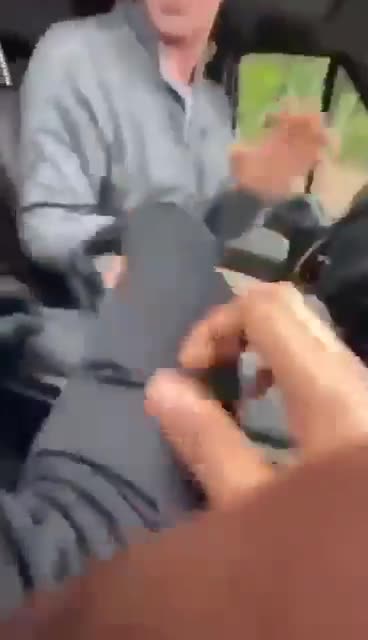 This was the rampage after the seemingly justified shooting of a knife wielding criminal by Irish police. Irish people going about their business were attacked for being white.

Fascinating times really, whole parts of Dublin are now beyond law and order policing, but social media posts are policed with pinpoint accuracy. Such are the hallmarks of any Tyranny.

I can’t say that I believe this was always the intention of the entire establishment. But they do very little to counter it. The NGO’s actively do want it like this. They like this.

My one comfort is that I can pray for Chuck Feeney to spend eternity in hell.

A gofund me has been setup for the manager who was attacked and hospitalised due to his injuries, early reports are broken nose and possibly put lost some teeth.

Support Wayne in his recovery, organized by Tracie Askin

Wayne is a manager from our local Eurospar. He is one of the nicest people you could met.  … Tracie Askin needs your support for Support Wayne in his recovery

There are actors in the NGO complex who to move to get such go fund me accounts closed, I wonder if they will try in this case. It happened when one was setup for the youngfella who was savagely stabbed on the ground (all caught on video) IIRC in Carrigaline, Cork.

“Steal everything you can” 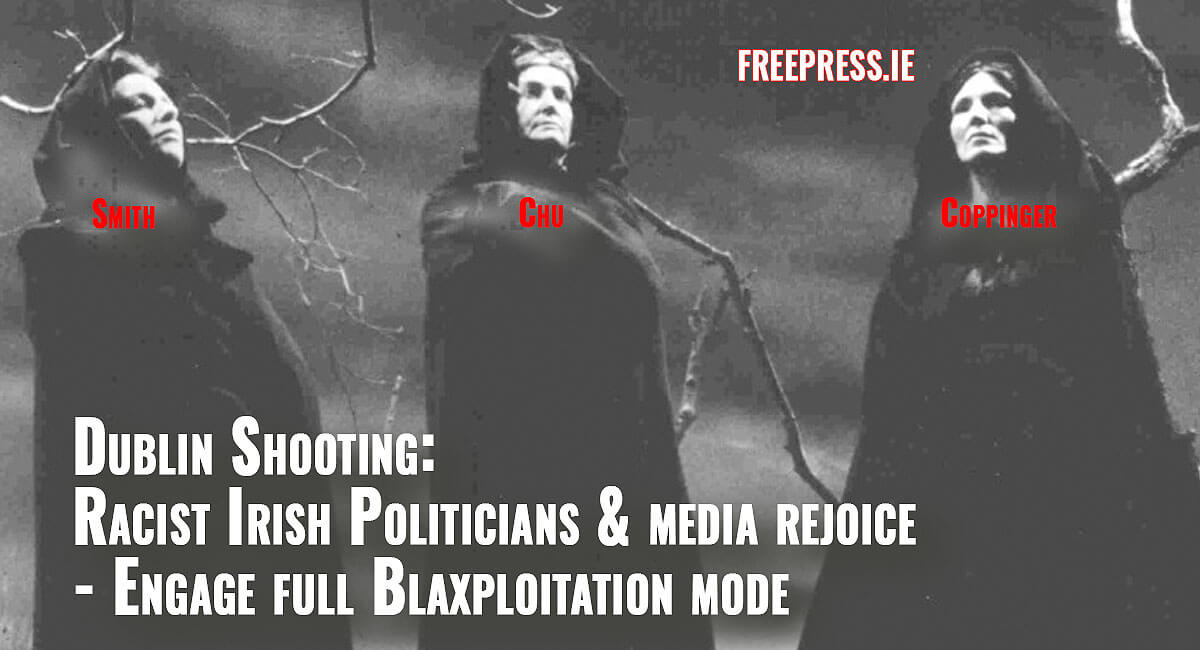 i was unsure of what he was on about but he seems to be against the Irish media. Which is pretty laughable, the Irish media are the most cucked pandering non racists in Ireland

Ruth Coppinger and Paul Murphy getting a lot of online criticism for suggesting there may be a racial element to this.

Coppinger in particular tweeted something along the lines of the guy having been shot “while brandishing a knife but was otherwise unarmed”.

Shes not the brightest spark in fairness.

She might have timed it wrong on this occasion, but maybe she sees that race hustling has a future in Ireland. its a feature of US/UK politics and so we will have it too, in the UK the likes of David Lammy and Diane Abbott get safe Labour seats based on one thing only, it will be the same here

Lammy has a degree from Harvard, amazing 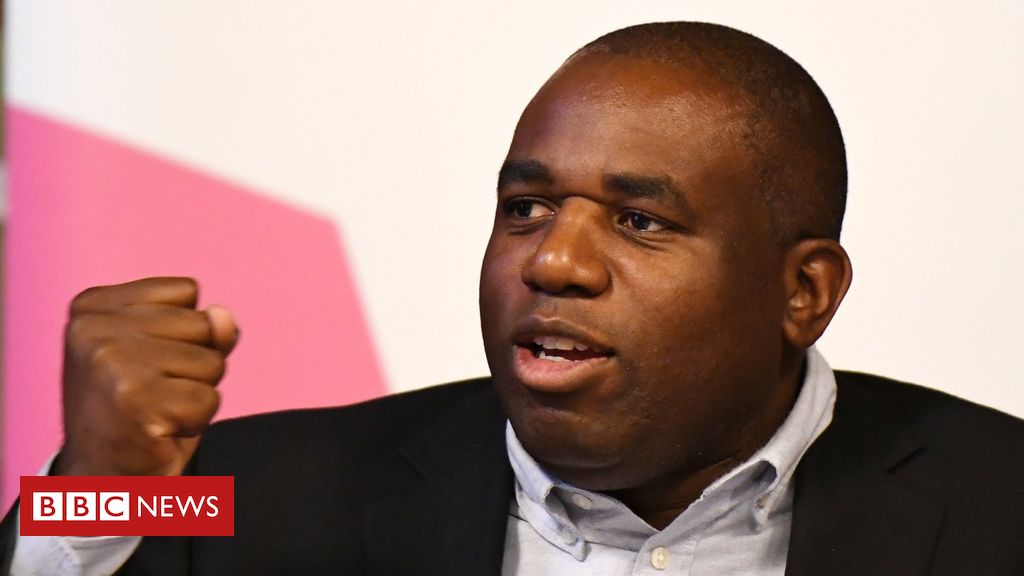 Labour MP David Lammy has taken to social media to say he won't be scared into silence by racist hate mail.

He likes to send himself have mail too

The refugees/BLM let the mask slip, so we can expect to see similar hate hoaxes against refugees in the media soon

Sunday Times did not deal with the story until page 20. But interestingly backs up the idea that the backstory doesn’t help their case.

Officers say they had previously been called to deal with disturbances arising from his behaviour at the house in Manorfields. Members of the family had obtained protection orders against the young man on the basis that he posed a threat to their safety

Nkencho did not live at the family home but had various addresses in Ireland and Britain. Some sources believe he was moving between properties in Ireland while others say he returned from the UK to spend Christmas with his family.

Intriguing threat to us all as well