The article does reference the incident in the shop and the knife.

Just after midday, Nkencho entered Eurospar in Hartstown, where he became involved in a confrontation with the store’s manager. He punched the manager in the face, causing serious facial injuries, before drawing a kitchen knife from his pocket.

What was the confrontation about ?
What was said ?
Did the family know George habitually carried a kitchen knife when he went to the shops ? If so how long has he been doing that ?
Did the knife come from the drawer as he left or did he have his own, or his own collection, of “kitchen knives”?
What injuries did the shop manager sustain ? Bruising or broken ? Stitches ?
Did George ever threaten anyone previously with a knife ?
Was this his first run-in at the shop ?

Questions that are, bizarrely, less important to The Irish Times than his teenage football career.

We must ask obvious question over shooting of George Nkencho

Although equality demands neutrality, history informs us that equity is what is often needed to achieve equality. To do so you must acknowledge privilege and be brave enough to battle with dissonance when met with the question: are you a racist?
You may find that you are indeed a racist. It’s okay to take offence or be disheartened or both. Taking offence over an allegation of racism is the first symptom of racism.

And tidal waves couldn’t save the world from Californication

Does “Equity” by any chance include getting your political career by fucking the local Big City Political Padrone ? She is purely a casting couch politician. That’s how she became the City DA. No other reason. She is a terrible lawyer. I would not trust her to fight a speeding ticket let alone anything important. Even though the guy before her was a notorious alcoholic who could barely do up his pants most of the time the DA’s office was an even bigger mess when she lead it. That’s how bad a City DA she was.

And she only became the junior senator because just like Newsom she is a nothing who will do what she is told, sorry “advised” by her political sponsors. Who own her. Completely.

Thats “Equity” for you. In a nutshell. Ever single politician who uses the word “Equity” has a political history just as squalid as Harris. Every last one of them.

The brother got lifted earlier for no tax and insurance. The Gardai were not standing on ceremony in fairness, considering the pressure they must be under here

What a shower of emotional liars

Yank style politics are here to stay. The commies are going to bat on this.

The Trotskyites are very unfortunate in who they have to use as martyrs.

It can’t be long before race politics in Ireland collides with feminism and they end up fighting for a rapist. For every rape-murder there’s got to be 20 rape only incidents.

Although I suppose in Marxist-feminism when an African or Arab rapes he’s a man not a minority. 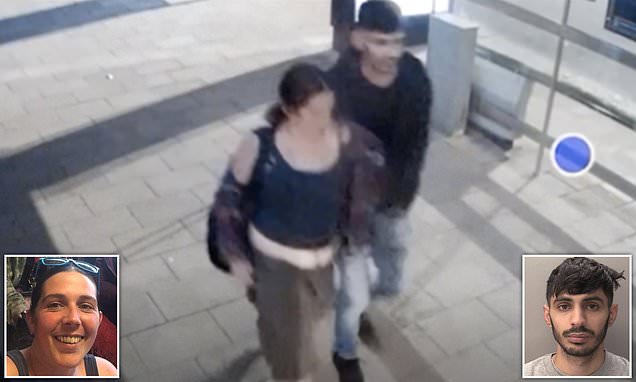 Azam Mangori, 24, killed Lorraine Cox, 32, in his room above an Exeter kebab shop in September last year. Today Mangori was found guilty of her murder following a trial.

“The African community in Dublin 15 have lost all faith in the gardaí and Gsoc,” said Mr Burtchaell, while Ken McCue of Sports Against Racism said: “Young people on the ground are extremely angry.”

It can’t be long before race politics in Ireland collides with feminism and they end up fighting for a rapist.

Has happened in Sweden.

It has already happened, it just gets no media coverage over here as we dont have a a functioning civil sociey or media. There are no social, economic, or physical consequences to being a marxist degenerate unfortunately. Not one of the below activists, solicitors, NGO’s and degenerate do-gooders has faced the consequences for enabling a rapist. 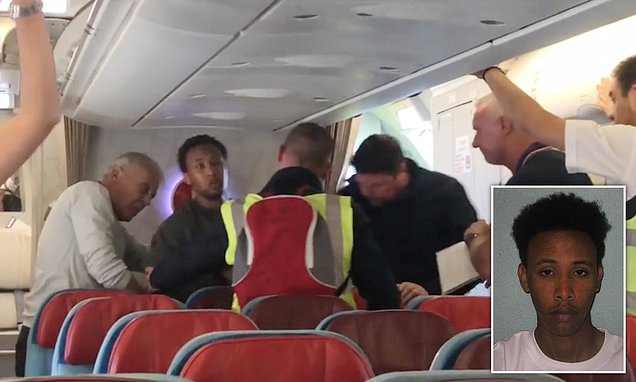 Rapist is set to be released back on to Britain's streets

A rapist whose deportation was halted when airline passengers staged a mutiny is set to be released back on to Britain's streets despite the 'real risk' he will commit further offences.

We know there are “ex” asylum seekers who have been through the system. No one held to account. All the NGO enablers remain faceless and nameless. 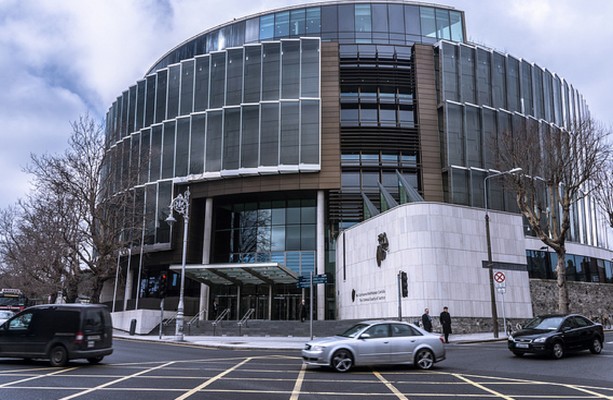 He had met her on a night out and offered her a lift home.

George Nkencho was shot dead by gardaí in December

He was armed with a kitchen knife

There’s never been any clarity on the “kitchen knife” or answer sought by the Irish Times. It may have been purchased or designed as a kitchen knife. But we’ve never been told if that’s where it came from on that day.

and, according to his family, had been suffering from mental health issues in the months beforehand.

Correction - they had a barring order

Their list of demands included that any inquiry examine de-escalation measures which could be used to demobilise suspects in stand-offs in the future.

Of course the family were in the hall and must have heard 100 shouts of ‘Put down the knife !,’ - a “desescalation measure”

The actions of Mr Nkencho in the shop on the day of his death did not make it right to kill him, the group said in a statement.

What happened in the shop has never been reported in any detail by the Irish Times. We have no idea what was said or done or if there was a racial element or previous history. Just described as altercation and assault.

“How many young men and women in our community have got into scrapes and conflicts and trouble with gardaí at some point? They don’t deserve to get shot five times for it.

Attempted murder of a Garda by stabbing is now reported by the Irish Times without challenge as “a scrape”.

The group said it does not believe the Garda generally employs racist policing methods but that “we need to be vigilant to ensure that racial biases are not allowed to flourish and subsequently form a new policing culture.”

Here we get to the nub of the issue - for the race hustlers, not the family - there’s a wave of 2nd generation African and Middle Eastern criminality and disorder in progress and gathering pace and the Garda are being warned away from targeting it

Mr Nkencho was shot dead by the Garda Armed Support Unit outside his home in Clonee shortly after he assaulted a shop worker.
He was armed with a kitchen knife and had been suffering from mental health issues in the months beforehand.

Reminder for the omission: his family obtained a barring order such was their fear

Barrister Sean Rafter, who is representing the Nkencho family, asked the court to not just consider the specific circumstances of Mr Nkencho’s death but to examine the “broader circumstances of a young black man who died at the hands of a white police officer.”

Reminder: the young black man lunged with a knife at the police officer after 100 instructions.

He said the family was also concerned about “nasty rumours and lies” which spread online in the wake of Mr Nkencho’s death.

Reminder: there’s been a total lack of reporting of the facts of this case, to the support of the family, in an act of collective self censorship by the Irish Media e.g.

She said the shooting of any person by gardaí “is the gravest of matters in Ireland” and that this “can never, never happen again.”
Ms Nkencho asked why trained negotiators could not have been used before her brother’s death, as happened during a siege incident in Blanchardstown last month during which a man shot at gardaí and was later arrested unharmed.

Because he was in his house. Did she think they’d let a man into a house he had a barring order from? What is there to negotiate? Put down the weapon. Which of course she must have heard in the hall 100 times.

The political class in Ireland are vomit inducing. You’d hold zero hope or standards for the likes of the Nkencho’s, what do you expect, but the fact the country is marching lockstep into globohomo on every front is beyond belief.

I’m somewhat surprised this measured (but not flawless) piece was printed.

Blue no longer: ‘person of colour’ added to Irish lexicon 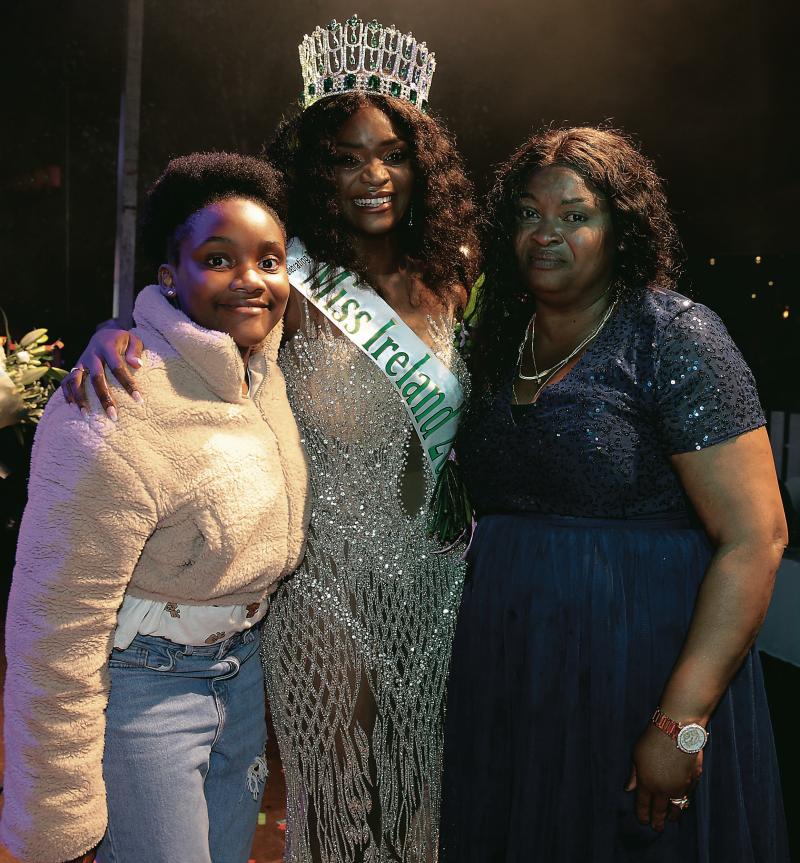 From this week’s Galway City Tribune – Miss Galway has become the first black woman in the 74-year-history of the beauty pageant to win the national title and go forward to represent Ireland on the global stage. University Hospital Galway biochemist...

I don’t know. What are the chances

Miss England also just happens to be an African this week. 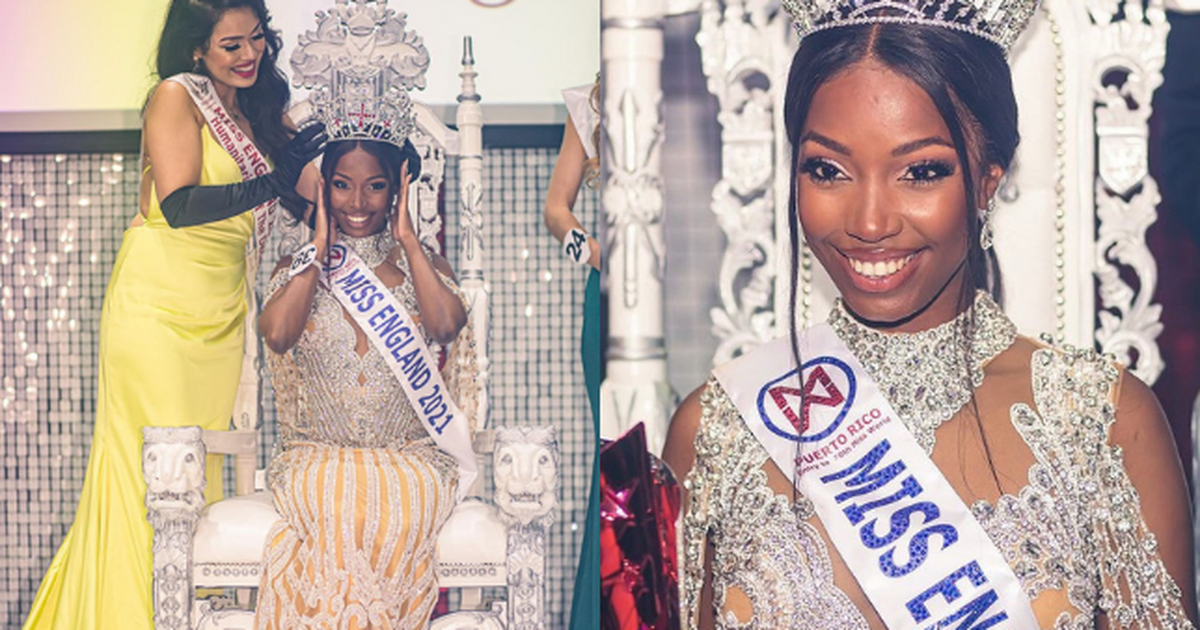 Getting the picture yet girshas?

That went viral already, all over the world, not a good look tbh but, it’s just more of the demoralisation process and most people see this now, once you know that you can laugh and choose not to be played and get ready to rumble.