Nama to lend to property buyers

Nama to lend to property buyers

The National Asset Management Agency (Nama) is to explore ways by which it can lend to property buyers in an effort to restart the ailing property market.

Chairman Frank Daly said the agency saw it as part of its “brief” to generate transactions in the market.

Mr Daly warned that many sellers still retained unreasonable expectations of the prices that can be realised for the foreseeable future”.

“The only way that the market can be lifted out of its four-year hiatus is by generating transactions at whatever prices buyers are currently willing to pay.”

“The purpose of New Co (NAMA) is to create an entity that is accredited with placing value on property in Ireland,” says Soden…

I cannot see this ending up in firesales, whatever value they place on the properties will be unrealistic. With NAMA being the owner of the properties and the creditor for the mortgages there is a massive conflict of interest there. Why not loan out as much as they can, if the buyer cannot pay it back then write off some of the debt further down the line, it was worth a try, if they didn’t try to over charge then they would have just had to take the hit on the initial sale.

By Dara Doyle
April 12 (Bloomberg) – Frank Daly, chairman of Ireland’s
National Asset Management Agency, said he wants to begin talks
with Ireland’s two biggest banks immediately on the provisions
of mortgage financing. Speaking to reporters in Dublin, Daly
said NAMA has resources while the banks need liquidity for home
loans and there is a need to be “creative” in terms of
providing mortgages. 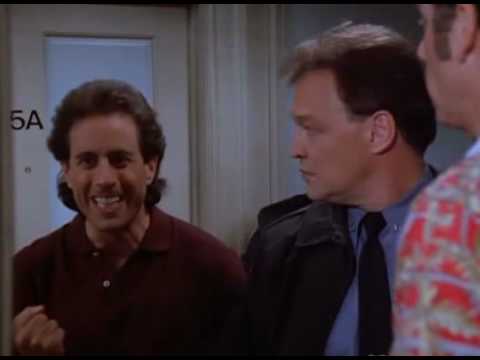 I want to buy a house for 10 euros

Things just keep on getting worse. The government control the private rental market and now they are looking to control the sales market. Fuck that.

There is practically no information given on the detail of how NAMA would “act as a source of liquidity to potential buyers” but such a move would surely require EU approval and would contravene competition rules.

Ah well. It was obvious the parasite that is the property industrial complex never completely died. It was only taking a little rest while it was developing new mutations to enable it to live and thrive again off its host - free and independent and productive society… Turning it into a healthy and productive organism is going to take a lot more than blind faith in all-holy free market forces.

I wouldn’t worry one jot about this nonsense. Any notion these people can rejuvenate or prop up the property market is laughable. The best they can do is facilitate 2011 firesale prices. Next year, it’ll be 2012 firesale prices. The collapse in the house of cards can’t be stopped now.

I fuckin’ hate ‘creative’ and ‘finance’ in the same sentence.

State-owned “bad bank” Nama is looking at ways it can lend to kick-start the devastated property market.

The agency said it is exploring options to provide finance for commercial and residential deals but only at the low prices people are willing to pay.

Frank Daly, head of the National Assets Management Agency (Nama), claimed getting funding to prospective buyers is very much part of its brief.

“Many sellers may still retain unreasonable expectations of the prices that can be realised for the foreseeable future,” he said.

The Nama boss said the only way the four-year long property market collapse can be reversed is if buyers are allowed to dictate the prices.

But Mr Daly warned the market level should be set “at whatever prices buyers are currently willing to pay”.

So what are you saying Frank, that you will lend borrowers whatever they are willing to pay?

Would make sense to merge the threads on the Daly speech.

Buyer to Bank - Hows it goin, Jimmy told me you were the man for mortgages
Banker - Grand so, did you have anything in mind. Lovely weather isn’t it.
Buyer - Tis, well I have me eye on a nice 3-bed in Riverpark, can get it for E200K, have a deposit of E30K and would want to finance E170k over 20 years.
Banker - Well you seem to have everything in order and the income adds up, let me just check in back, I’ll only be a minute
Banker - Want to introduce you to John, the manager, he has good news for you.
John - Well, have you seen the houses in Streampark?, Lovely they are, we could give you a mortgage of E220K for those over 25 years and with another E20K deposit that you have I’d say they would take your offer, sure keep the E10K to put in a bit of furniture like, this a great deal.
Buyer - How bout Riverpark?
John - Well now, we couldn’t entertain that, there was all kinds of issues there, we could only finance if you were looking at Streampark, NAMA took that over and the prices are 50% of peak or so, they really put them developers in their place you know. Tis a mighty deal.
Buyer - Right so, we’ll look at them and get back to ya.
John - Good man, tell then I sent ya and I’m sure they will knock off another few grand - come back to me now as soon as your ready.

The market according to Soden - AMEN

this latest announcement is terrifying, horrible and so deeply corrupt. they are trying to make out that they are on the side of the house purchasers, but all they are trying to do is keep the price of property up. if you want to help out first time buyers(why cant they rent like i am) why dont they just let the prices of property fall? but no, its all about jump starting the market…crazy and evil

I wouldn’t worry one jot about this nonsense. Any notion these people can rejuvenate or prop up the property market is laughable. The best they can do is facilitate 2011 firesale prices. Next year, it’ll be 2012 firesale prices. The collapse in the house of cards can’t be stopped now.

They can lend at whatever level they see fit.

At the moment, they are in the possession of the debts of a few developers who can’t service their debts (and even if they could through liquidating the assets and holdings they have stashed away from the boom, they more often than not have the means and the connections to thumb their nose at the system and hold up repayments).

But if NAMA can convert these debts of the few into the debts of the many, then first, each person can be more easily chased down for much more manageable repayments. And second, these new set of persons are more likely to be less politically connected, and can be leaned on more… without any threat of having the beans spilt, or the plug pulled, or whatever.

So, I would say that they’ll lend at a level that covers the amount they originally bought these debts for, added to what they need to cover the salaries and payments of NAMA’s personnel, consultants and contractors over the period of its operation. And a small bit of profit or loss. No more, no less.

You can be sure sellers will be glad of the moral support. Sure, they’ve held out this long with a lot less support.