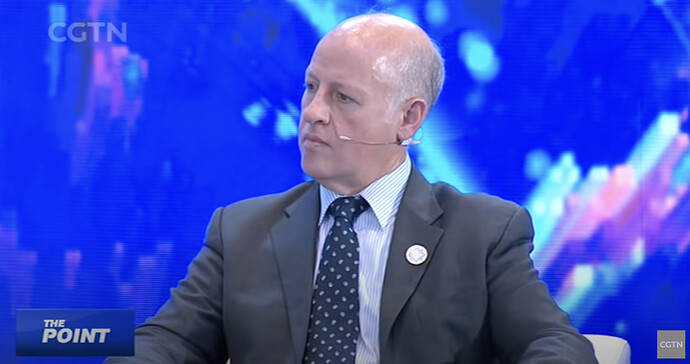 CONFLICT OF INTEREST: WHO's COVID Investigator is Recipient of Chinese...

A high-profile member of the World Health Organization’s recent “investigative” trip to Wuhan to uncover the origins of COVID-19 has accepted research grants from the Chinese Communist Party and runs a controversial U.S.-based organization which...

Some tweets from last year about Daszak and his links: 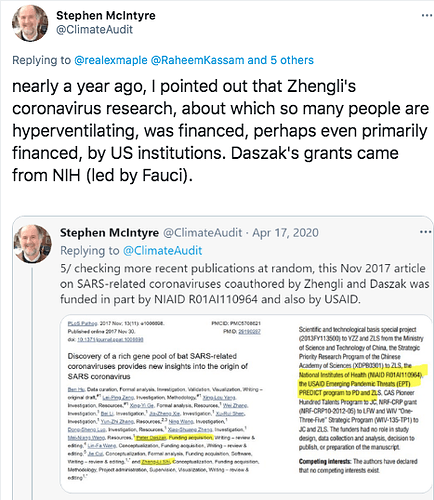 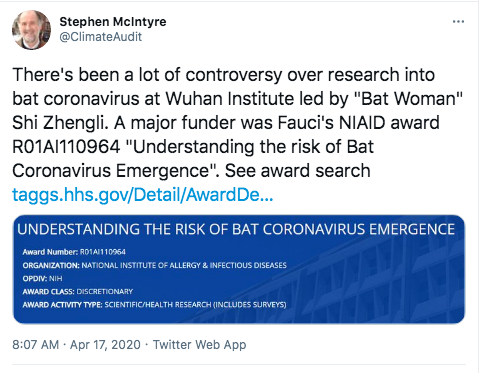 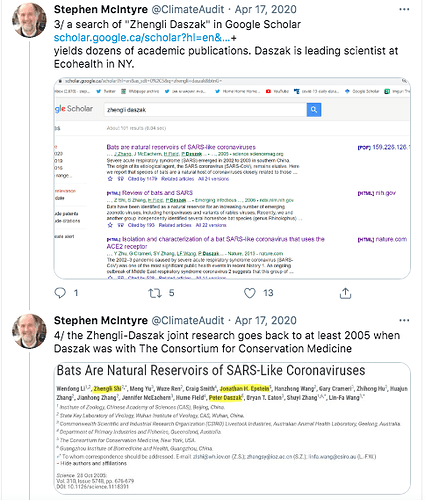 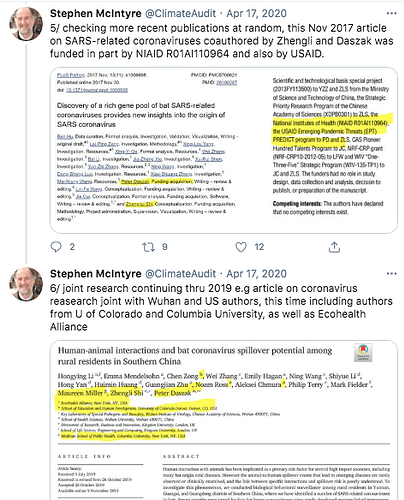 As to the WHO report of the origins of COVID (led by Daszak): 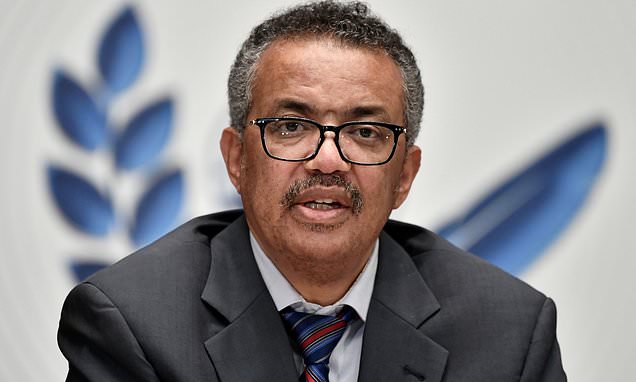 WHO backtracks on Covid Wuhan lab

The investigation to Wuhan failed to identify the source of the virus but appeared to disregard the theory that it leaked from a virology laboratory in the city.

The Covid lab leak theory just got even stronger | The Spectator

Two years in, there is no doubt the Covid pandemic began in the Chinese city of Wuhan. But there is also little doubt that the bat carrying the progenitor of the virus lived somewhere else. Central to the mystery of Covid’s origin is how a virus...

…Laos virus lacked a critical feature in a key part of a key gene that makes Covid so infectious: a special 12-letter segment of genetic text called a furin cleavage site. It’s a feature that has never been seen in a Sars-like virus, except for Sars-CoV-2.

Dr Peter Daszak, head of the EcoHealth Alliance, spelled out plans to work with his collaborators in Wuhan and elsewhere to artificially insert novel, rare cleavage sites into novel Sars-like coronaviruses collected in the field, so as to better understand the biological function of cleavage sites. His 2018 request for $14.2 million from the Pentagon to do this was turned down amid uneasiness that it was too risky; but the very fact that he was proposing it was alarming.

That’s a great (and short) read.

The Wuhan Institute had a database of 22,257 samples, mostly from bats, but took it offline on 12 September 2019, supposedly because somebody was trying to hack into it. The lab has published few details of viruses collected after 2015, so details of any found in Laos since then are presumably in that database. Dr Daszak says he knows what’s there and it’s of no relevance. Yet he refused even to request that the Wuhan Institute release it, despite his close relationship with the scientists in question.