I’m surprised Jimmy Saville wasn’t a green party member at this point, nothing would surprise and to think these people want your money, your borders, your words, basically want to control you entire productive and reproductive life on the planet.

Lots of links in here:

If you are Gay or LGBTxyz or whatever, then you are immune from any public scrutiny and ensuing criticism and it represents a phobia, a hate crime and general bullying, you might say the anointed one are infallible especially once they have assumed public office. 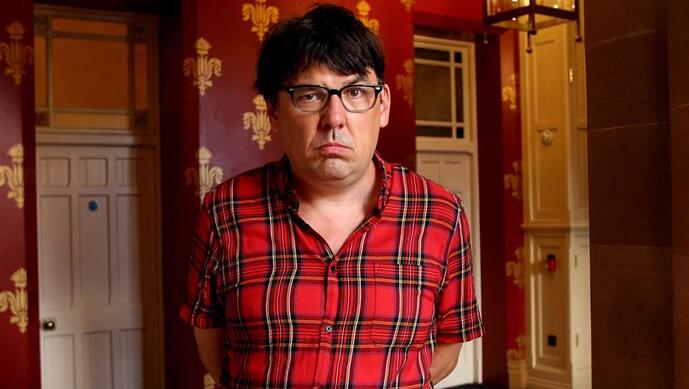 It has been quite a descent for Graham Linehan: from co-creator of the much-loved Father Ted - much loved, because it's, well, so lovely and loveable - to a much-despised figure for his years-long campaign against trans activists.

I’m sure some can think of alternative headlines but the idea of the Gardai policing the inalienable right of freedom of expression when they have a lot of skeletons in their own closet, oh, oh err hmm, sorry, excuse me, I don’t know what I was thinking, saying… I guess that makes perfect sense. Sorry silly me, what a stellar idea chums!

Roderic O’Gorman, a new Green Party minister, has said the hate crime legislation promised in the programme for government must make it a distinct offence. It should also provide gardai with training to identify the crime and prosecute it.O’Gorman,...

No idea who he is and hes not a TD but the issue is clearly gaining traction.

This is one for the wider Greens rather than simply the new Minister. Tatchell is a member in the UK and he was in Dublin at the partys invitation.

The Greens probably need to cut Tatchell loose at this stage.

They (Chu, O’Gorman, Moynihan in Labour) can’t condemn Tatchell because Tatchell is a Saint to them. And Sex is their God.

Tatchell represents pushing the boundaries of sexual conduct & putting up with torment from anyone with sense (or as they label them The Far Right).

The Greens really are a total shower of cnuts 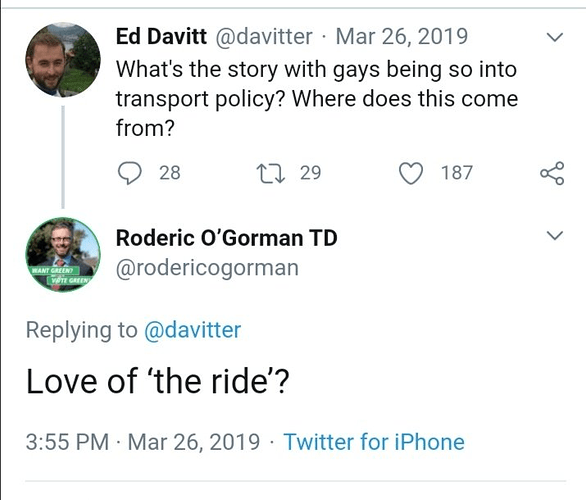 Fool me once… you get the benefit of the doubt, this is at least hit #4, nah.

"… the normalisation of pedophiliia, leveraged using the concept of children having consent equivalent to adults in sexual relations. Bodily autonomy.

All that shows is he is the typical sex obsessed early-middle aged queer. With 20 years degeneracy in his logbook. Which I believe should bar him for any public office.

It’s not as weird or linked to his refusal to disassociate from Thatchell.

Fascinating to watch the “Reframing” story in todays Sunday Times as part of the media story management. Not quite sure if the journalist, Julieanne Corr, is just a useful idiot, or an active part of the cover up. Based on her CV looks more like an inexperienced useful idiot. The story about O Gorman had zero about the connection with Tatchell and his sexual predator agenda, which is the actual story, and was all about some photo posted of him kissing another guy. The classic story misstatement and distraction technique.

Fathers Rights Ireland (FRI), an organisation that represents single fathers, has apologised for a series of homophobic comments on social media directed at Roderic O’Gorman, the new minister for children. Last Sunday the group posted a picture on...

Some people are putting a huge effort into trying to bury this story.

The initial reporting of the Thatchell/O’Gorman was obvious bait, but the fact O’Gorman hasnt replied with an easy disavowal/distancing of Thatchell gets weirder by the day. Instead the political class are running cover with “trolling, bullying” and “far right” stuff.

It really shows the difference when you have an compliant media caste, imagine this was the UK or the USA, they would hound him until he answered, here, they actively run cover for him. The job of a journo is to hold power to account, not be pals with the c*nts.

The topic broadens out as the dig continues. 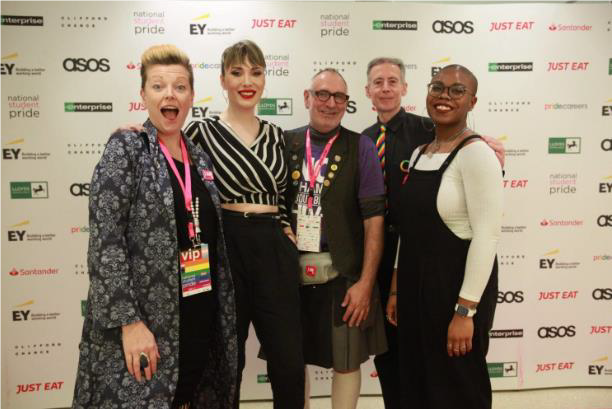 Here are some highlights from the Conference including videos and accompanying references:

Elly Barnes tells the teachers to show no fear when embarking on this new sex education.

Elly Barnes ’ recommendations are echoed by her Educate & Celebrate Patron and colleague, Peter Tatchell , where he dismisses the role of parental consent in Relationships and Sexuality Education in schools. In fact, in 2018 Peter Tatchell advised Irish politicians and Irish LGBT activists to make it very inconvenient for parents to use the Opt Out clause for the Relationships & Sexuality Education.

Elly Barnes talks about how teachers “do need to eradicate all the heteronormativity that happens in our schools”.

This two day conference presided over by the then INTO President Feargal Brougham, Vice President Mary Magner and INTO General Secretary John Boyle, consisted of exhibitions, lectures and workshops. Workshops were delivered by Elly Barnes on ‘Integrating LGBT+ into your classroom pedagogy’, and by ShoutOut’s Executive Director Bella Fitzpatrick on ‘The ABC of LGBT+’. ShoutOut delivers LGBTQ+ talks to secondary schools all across Ireland. Elly Barnes’ organisation Educate & Celebrate has the goal of embedding gender identity and sexual orientation into the fabric of schools, offering guidance for nursery, primary and secondary teachers. Educate & Celebrate have intimated a goal to ‘smash heteronormativity with intersectionality’…

Throughout her speech, Elly Barnes’ language alternates between “your children”, “our young people”, “our kids” when referring to the school children and when referencing resistance from parents says, “you parent need to go away and address your own levels of homophobia, bi-phobia and transphobia”.

Elly Barnes directs teachers to make a pledge about what they are going to do when the children go back to school.

The then INTO President Feargal Brougham says that he will implement Elly Barnes’ recommendations.

Feargal Brougham reports to the assembled teachers that the usage of the INTO LGBT+ Teachers’ Group poster (see below) has been a great success.

Various INTO conference speakers modelled to the teachers in the audience the usage of pronouns in their introductions. 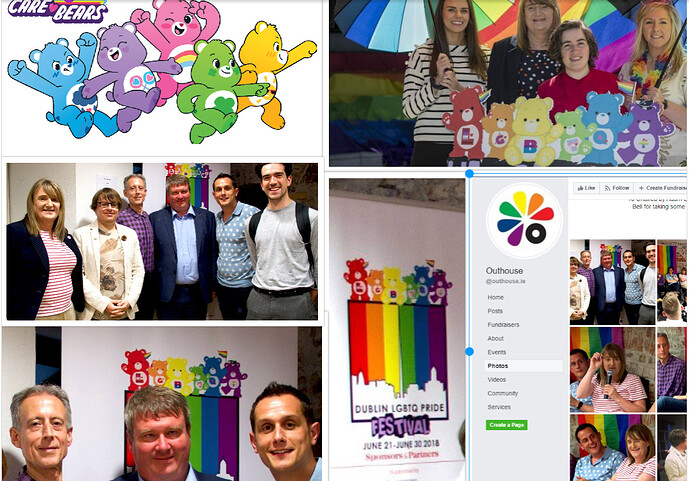 The Irish education system, handed from one set of groomers to another… 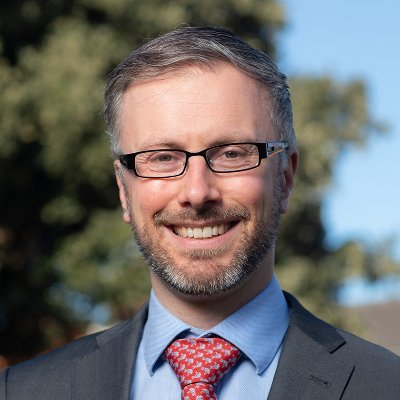 @rodericogorman
A small group of people with a very clear agenda have been making allegations about me on social media over the last few days. I’m taking this opportunity to set the record straight. https://t.co/AKKLkauYvg 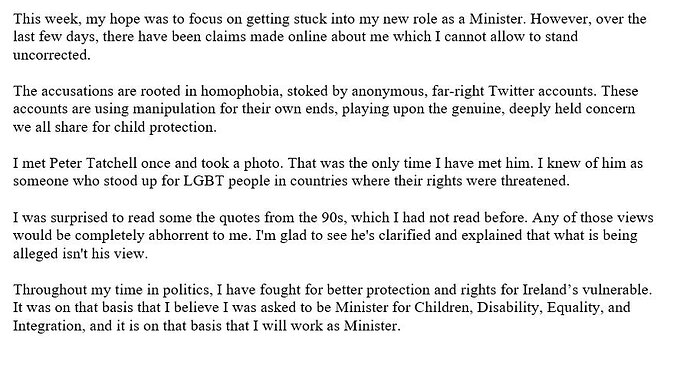 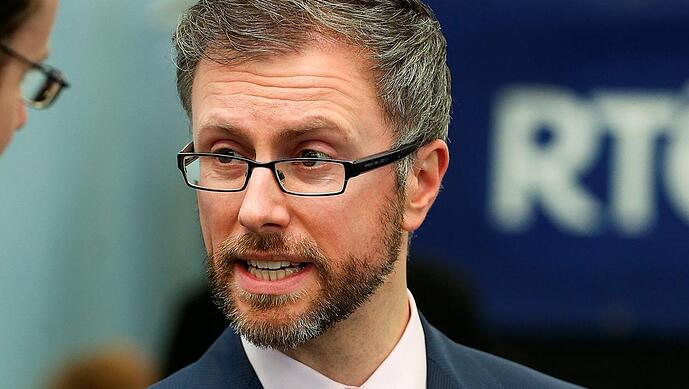 New Children’s Minister Roderic O’Gorman has hit out at 'toxic' and 'homophobic' online attacks against him - but said he would not have posed for a picture with a leading LGBT activist had he known about their previously expressed views on consent.

Lets see where this leads, a week later.

New Children’s Minister Roderic O’Gorman has hit out at ‘toxic’ and ‘homophobic’ online attacks against him - but said he would not have posed for a picture with a leading LGBT activist had he known about their previously expressed views on consent.

Lets see where this leads, a week later.

All you need to know is that O’Gorman is a lawyer.

So an outright lie.

Everyone and I mean everyone who knows the slightest bit about the Gay Liberation Movement over the last four or five decades not only knows who Tatchell is but know what he stands for. Tatchell has been the highest profile gay politics activist since the late 1970’s in the UK FFS. Front page news since 1978.

Given O’Gorman handling of this situation so far if he was not part of the Twink scene he would have played his political hand very differently.

So now I would start suspecting why he chose a career where he would be in daily contact in a position of authority with a potentially large group of usually immature teenage males. Lots of other more lucrative careers available for someone with his qualifications and obvious political ambitions. So an odd choice of career. Teaching in DCU. 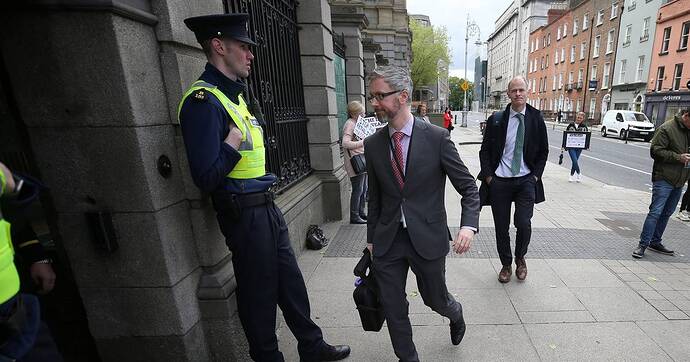 Full court press by the political class, obviously lots of brainstorming over the weekend. I love the Irish times editorialising of Thatchells comments to “children under the age of 13”, not the original which was something along the lines of “children of 9 and 13”

Interesting, given Irelands Libel laws, and Thatchell claiming he was misquoted, will he sue the IT, or the myriad of Twitter users repeating the libelous “misquote”?

The comments under the Irish Times article are quite something.

What I find deeply disturbing is the toxic thinking and language used by certain posters on this thread.