Yeah, dragging up a four year old conviction is great at masking the bad smell for a while.

Coveney’s virtual twitter hug to Rod is one of those golden political moments you almost can’t believe you were lucky enough to witness, along with everyone else.

Try to ignore faceless trolls with nasty agendas. They have unfortunately become part of politics. It’s been a difficult few days for you, but it will pass. You’ll be a great minister for Children and colleague in Govt. I’m looking forward to working with you.

But seriously this is a good crisis so far

These two points alone are enough justification to demand political heads roll and maybe even the entire government.

Though it is less about censorship and more about a panicked sloppy cover-up by all accounts with some subtle but sophisticated suppression of information to avoid or reduce the potential for critical mass of public awareness on the controversy and players involved occurring, most probably concocted between various political and commercial entities in the media and big tech, which is interference and collusion in the expedites of the democratic process and running of the state, very serious stuff indeed.

…Haven’t we been here many times before, is there not precedence, like, you know, didn’t some guy, gee I dunno, make some phone call to some important big man, who lived in a nice house with a big garden, mature garden, on recollection maybe near a park, I can’t really remember exactly, if I could talk to my younger self I might have written it down for later use, I think he was nice fella, liked a drink, something about a favour or…

The reality is, this status quo reflex for info suppression at this point is built into the code as well as actively curated, so is as good as a permanent feature niot unique to Irish politics or media either, it may all be about to end (Section 230).

Yea funny that, but I don’t see anyone laughing.

Its all about priorities peeps. 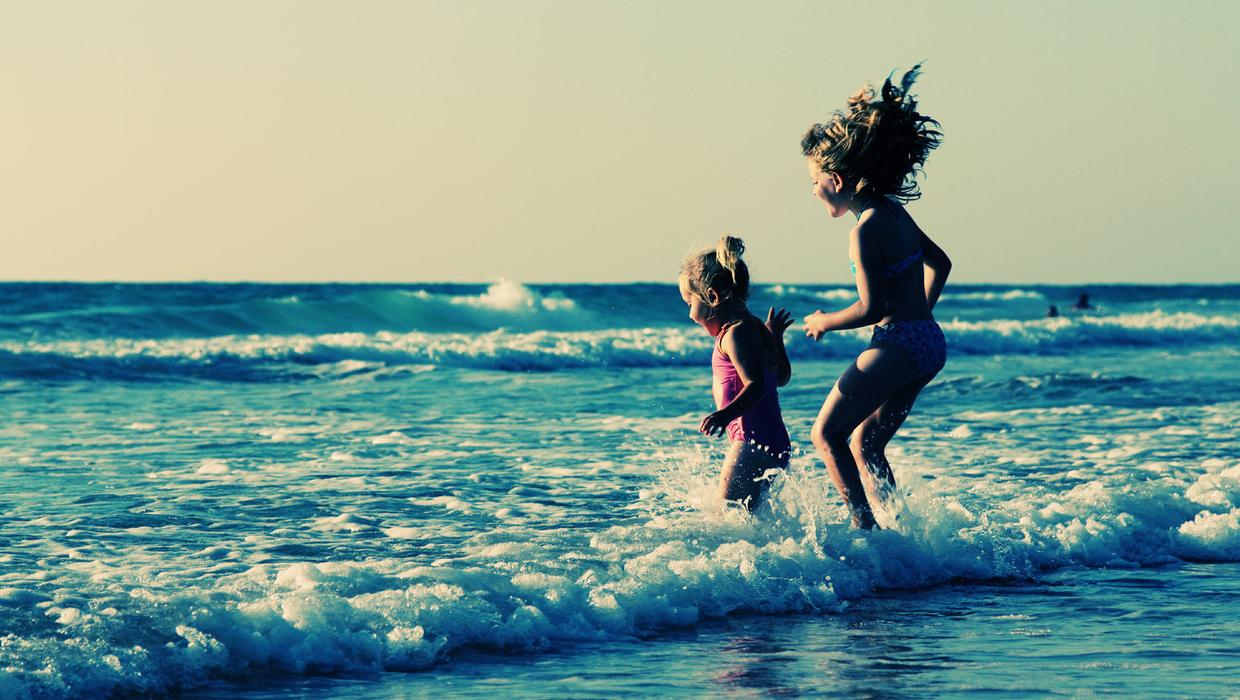 Parents who bring children on holidays abroad are jeopardising return to school...

Parents who take children on foreign holidays this summer are jeopardising their chances of returning to school in September, a post-primary principals’ leader warned today.

Its a pity theres no coherent opposition or investigative media, cos as far as I can make out everyone is missing the bigger picture here.

Its a pity theres no coherent opposition or investigative media, cos as far as I can make out everyone is missing the bigger picture here.

One of the herd of elephants in the living room on this one alright.

Given that Coveney has openly come out in support, in addition to them authoring the “gender identity” bill last government, Its easy to guess where they stand.

Yet they are the “right wing” of Irish politics.

How anyone with a backbone, or sense of shame, is involved in party politics is beyond me.

As a source I keep seeing the Catholic Arena twitter account with respective tweets appearing here and there, it seems to be replete with exposé of this subject.

At a teaching conference in February 2020. ‘Educate and Celebrate’ warned Irish teachers NOT to meet parents for consultation or to send letters home regarding new sexual education programmes. Peter Tatchell is a patron of this organisation.

‘Educate and Celebrate’, the group which has Peter Tatchell as a patron, made Irish Primary Teachers pledge to:

wow this lack of judgment drives me crazy personally. As a parent i have seen slight behavioral issues over the last few months due to a lack of structure and school being out and most of all missing their friends. They live in a house with attentive parents both of whom work so its been a huge struggle. there are tens of thousands of kids in really bad situations where parents have done no home schooling and are suffering due to supports like breakfast clubs not being there anymore. As of yet there has been no guarantee that we will return to normal in Sept, this is a massive issue in the country. Transgender rights are a non issue, but even saying so makes you terrible.

Roderic meanwhile is your classic academic, exists in a bubble of social justice where his colleagues and friends tell him he’s fantastic but he’s completely out of touch with what the country requires at this time, the only priority the education and children ministries should have at present is getting all kids back to school in September.

It’s ideologically convenient for the Greens, less air travel means reduced emissions, I’d bet many of them would be happy to never see air traffic recover.

Until they see what that would do to Ireland’s GDP.

Or more specifically the deficit/GDP ratio

And Coppinger finally gave some very begrudging support at 12.30AM- I wonder does she read the 'pin…

So I am clear in my own head, she believes a children’s minster who is trying to bring in laws to make it easier for children to change their gender, is considered to be propping up a “socially conservative” government.

I shudder to think what a “liberal progressive government” might be doing.

Tatchell has just done a promo piece on Today FM with Matt Cooper.

Cooper practically welcomes as a friend of the show in the intro.
Then threw a few half ‘questions’ about the current controversy and Tatchell was allowed give hi piece with no follow up.
Then it moved on to discuss homophobia.
And then the long campaign for gay rights that Tatchell has fought all his life.
A few pops at conservatives and right wingers.

And an almost apologetic Cooper thanked his guest and that was that.

I’m no conspiracy nut and and don’t usually go for all that MSM bashing but fek me, that was some 15 mins of absolute fluff and propaganda

Cooper has been pushing the liberal agenda for 30 years

It’s interesting that Progressivism could not and would not take a step back on this. It has to keep swimming forward or it dies. It brooks no questioning. The (small) possibility that we might come out of this crisis rescinding some progressive step or other just could not be countenanced. “Are you trying to take us back to the 1950s?”

I wish we could go back to the 1950s…infinite possibilities and growth potential, instead of the debt based quagmire we’re stuck in.

The reality is, this status quo reflex for info suppression at this point is built into the code as well as actively curated, so is as good as a permanent feature niot unique to Irish politics or media either, it may all be about to end (Section 230 ).

@FreeFallin also might be interested in the below story, another datapoint in the War, but from time to time a decent leak appears, and this just might be the case with this story.

In the above slide, Paypal lists targets for censorship. Some noteworthy categories are “White Advocacy,” something vaguely described as “Hate Event Involvement” (suggesting they target individuals, not actions on their platform), “Prejudiced News/Commentary,” Holocaust “denial,” and even views critical of mass immigration. 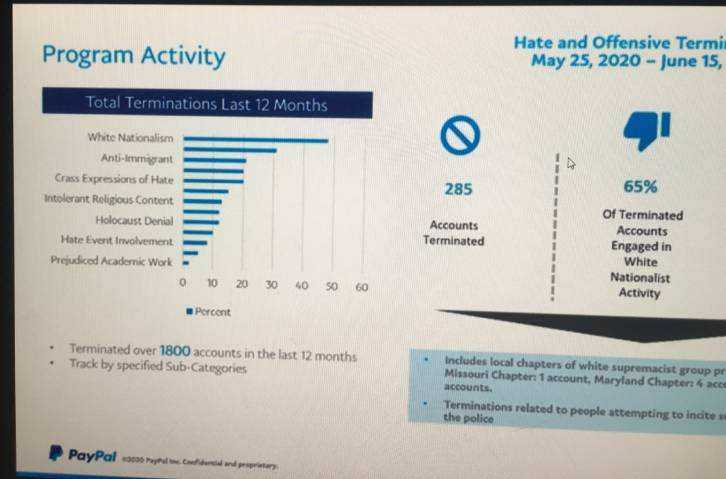 The subject thoroughly deserves it’s own topic and I think we had one but I can not exactly recall it but his thread seems good enough to monitor the raging battles with mounting and well known online casualties, also to explore the techniques used to try and obliterate designated targets.

It is not hard to see why supporters of the Children’s Minister, Roderic O’Gorman, might feel aggrieved by the controversy swirling around him online. From their point of view, this is an open-and-shut case: The now Minister appeared in a photograph, at Dublin Pride, in 2018, with UK campaigner Peter Tatchell. After his appointment, that photograph surfaced, and now the Minister is being accused, in some circles, of being a paedophile sympathiser at best, and more than that at worst. All for standing in a photo and welcoming a guest.

In its own way, its symptomatic of the entirely toxic nature of modern politics, and modern culture, where no quarter is given, and the benefit of the doubt is never extended. Kevin Myers and George Hook, amongst others, have been victims of that in recent years, and now, they might wryly observe, the shoe is on the other foot.

But being given the benefit of the doubt is not the same thing, in anyone’s book, as being allowed a free pass, or being allowed to avoid questions altogether.

And, let’s be absolutely clear about this: It is neither homophobic, nor unreasonable, to ask the Minister for Children to distance himself from, and condemn, comments that justify or promote sex with children…

So is getting a picture taken with someone who makes very dodgy comments on pedophilia (but in the same column comdemning pedophilia) unfit for office? how about someone who get there picture with a known paedo such as Epstein???

Of course you can always try and edit it out. 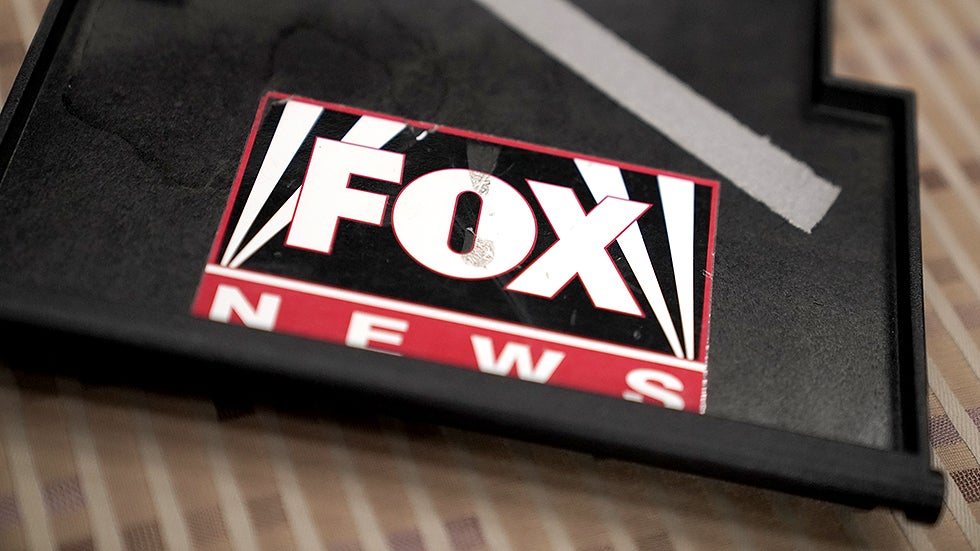 Fox News apologizes for 'mistakenly' cropping Trump out of photo with Epstein,...

Fox News apologized Monday for what it said was a mistake in cropping President Trump out of a photo with Jeffrey Epstein and Ghislaine Maxwell, who is accused of helping Epstein recruit girls he then sexually abuse

I haven’t seen anyone commenting on this thread condemn trump or calling for his removal from office for hanging out with a paedo.