A book written 33 years ago in 1989 and published in 1990 lays it all out, but you probably never read it, but maybe this is your last chance to catch up.

What was written back then might have been considered fanciful speculation or derided using the CIA originating weaponised phrase “conspiracy theory”, has proven to be as good as fact because you’ve lived through most of the roll out of the plan - it’s virtually undeniable Ireland is a living template, a very important New World (re)Ordered colony template as it is most probably in the very last phase of the overall agenda.

There are many sources other than the hardcopy available for free

First a 2009 recompiled PDF that is easier to read on computers: 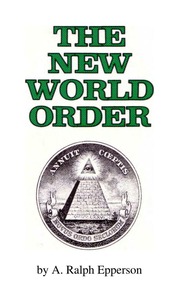 The New World Order by EPPERSON, A. Ralph (z-lib.org)

What you will realise is that this book most probably spawned many careers of online personalities and hundreds, maybe thousand of websites since.

Time is running short and it’s not a hard read, but the subject matter may challenge, but here is the rub, what the reader was being asked to believe in 1989 is no longer a matter of speculation.

If you think this book has no relevance at all to this site, you would be wrong but you can only understand that if you read it, and when you do you might see things with new eyes or clearer eyes.

Did you read it?

You should read it, less time now but hey here is a preview of what 1989 was writing about, and it’s the opening pages, it’s been going around in meme form like this for years. 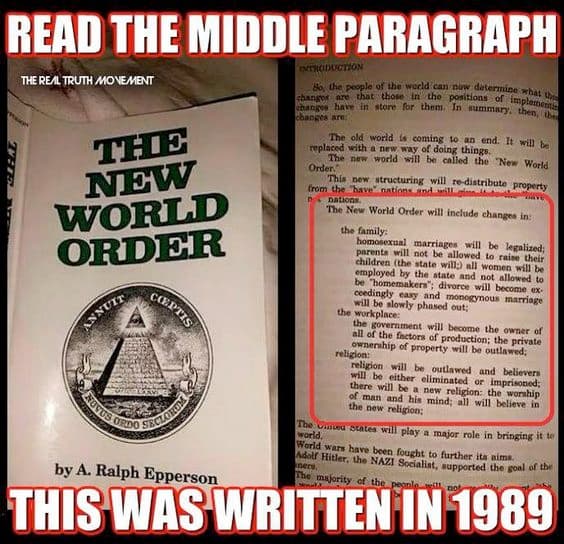 Here is a cleaner version taken form the PDF 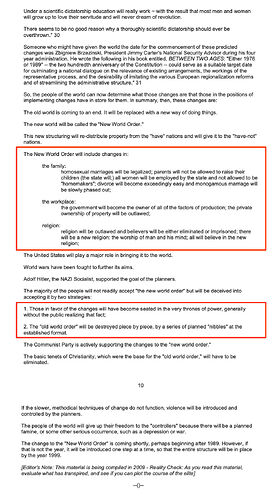 The Regime are giving you a vote on this, they want you to accept the final piece of the puzzle see; “workplace”, the plan is almost complete, but they need you to complete it for them, you can see on th other points how they have carefully courted not all at once, but piece by piece each major tenet of the plan over time i.e. boiling the frog.

Vote in the poll/s: Right To Housing "The World" Referendum