Oildrum Article on Nuclear Power in the next 10 years

This is an absolutely excellent article and well worth reading whether you are for or against Nuclear .

There appears to be a serious supply problem with Uranium , the current expansion in nuclear ( Finland China etc) will severely stress the market . For various reasons the stated production capacity of the US and Canada and Kazakhstan appears to be a myth . They are not producing anything like their officially stated capacity .

It would be sad were one to spend billions on a Nuke and then could not get fuel for it. This appears to be exactly what will happen in about 5 years time in certain countries. 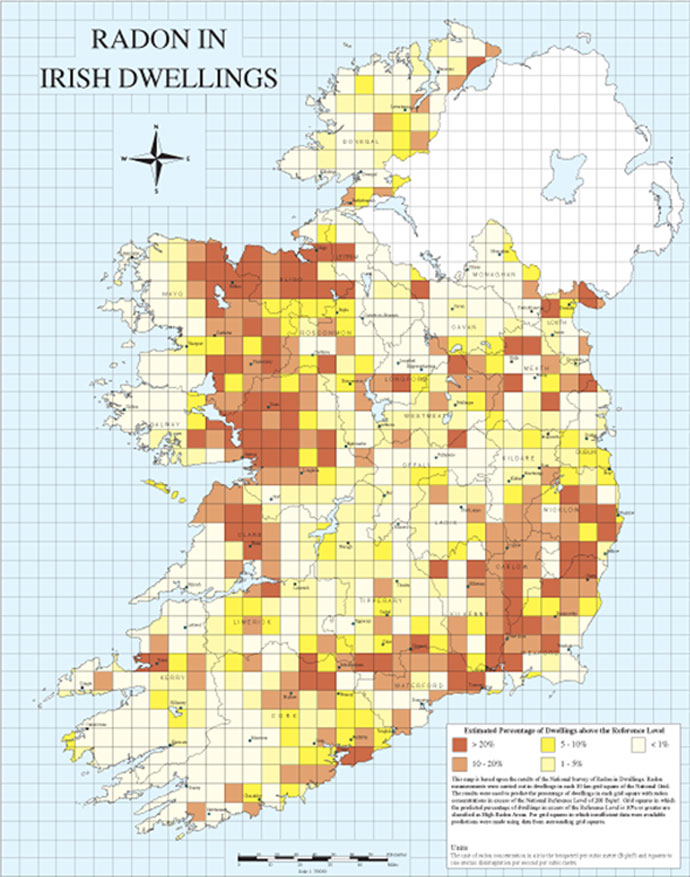 Is it or is it not illegal to look for/mine uranium in Ireland? We should have loads

We could turn the whole of Offaly into a big strip mine. That’s a win-win as far as I can see.

Reactors can be built to produce more fissile material than they consume.

Very interesting article but I think it misses the primary argument against nuclear power and that is economic - the ‘cradle to grave’ cost of nuclear is many times that of any of our other alternatives. The cost of building and decommissioning plants is massive. At the moment plant lifetime is relatively short - I think it could be extended somewhat but there are issues with leakage into the fabric (it’s too expensive to go in and fix every leak so most are allowed to shorten the time till decommissioning) and the higher possibility of major leaks, and hence premature decommisioning, in a longer lifetime. The cost of waste disposal and the fact that this has to be stored securely for ca 30000 years - even if you only need one guard on each stockpile you need 5 people to give you 24/7/365 - amortise that over 30k years and see where you get to!
Nuclear power only made it to the table at all because it had a handy by-product for anyone interested in world (US, USSR, UK, France) or continental (India, Pakistan, Iraq, Iran, Israel) domination.

I think if we put as much research effort into Fusion as we did fission we could come out with a workable solution that would provide us with baseload but we would still hit the fuel problem. Perhaps a compromise would be to build controlled, internationally owned and run FBRs tipping fuel into fusion reactors. I still think that the economics will rule this out.

Nuclear power will come to the rescue as people increasingly realise the folly of relying on alternative sources solar, wind etc.

All it will take is a dedicated and concentrated effort from national governments over a period of 5-10 years. This will happen and already is in an embrionic stage at present (US and UK diverting increasing resources to nuclear energy), the vast majority of progress in nuclear engineering was achieved during wartime periods for obvious (destructive) reasons. The declining fossil fuel reserves will once again force investment on a massive scale similar to the manhatten project with its associated rapid technological advances (discovery of plutonium to dropping an atomic bomb in four years, pretty impressive stuff). After all most wars are about resources and the decline in fossil fuels and the associated lobby groups (VIs involved in coal, oil, natural gas etc) that currently imped and starve nuclear research will be brushed aside when the situation is critical.

Exploring for minerals is done on an as-needed basis, and large areas of the world may have been little explored for uranium. Every mining geologist and mine corporation executive will tell you that estimates of total reserves of a mineral are just that – estimates – and that the reserves of many minerals always increase over time. The price of uranium has remained stagnant for many years (the peak in the fifties was artificially inflated by the US government due to the cold war) acting as a disincentive for investment in exploration and mining efficiency. According to the article 70,000 tons of uranium is used every year at present yet according to the red book so often quoted in the article there are 5.5 million tonnes available at less than €130/kg (approximately 80 years at present usage) a large increase compared with 2003 when the price started to climb rapidly and exploration began in earnest again.
Although the article frequently quotes the amount produced in mines is decreasing, the demand has decreased as well so why mine more?
Seawater for instance contains trace elements of uranium but spread throughout the world this equates to an enormous supply.

Breeder reactors though at present a mothballed technology have been proven to work successfully and could be rapidly expanded in a critical situation effectively guaranteeing limitless energy by breeding new supplies of fissile uranium.

Thorium was originally considered the more viable fissile material as it was in much larger natural supply and had a far higher efficiency compared with uranium (most of the uranium is unused and ends up as waste product). However it does not have great military application and due to this was largely abandoned in favour of uranium (war to be won and military paying the bills). See here and here for primers.

Another misconception is that all nuclear plants take ten years to build and are enormous structures. What about the nuclear reactors in submarines and ships? These are worked and maintained by small teams. In fact the idea of large numbers of small energy generating reactors (thing of them replacing coal plants) is gaining increasing momentum.

Waste is of course a major issue but much of current waste is actually very useful material (think of all that unused uranium) with some very nasty stuff mixed in but reactors such as the Throium reactor would produce far less waste and the ITER could possibly transmutatesome of the current long lived fission products.

Finally there are the numerous experimental plans on the drawing board involving nuclear fusion not just the ITER but many other potential alternaties eg. the polywell (1, 2, 3), Piston powered fusion and laser fusion (subscription only).

In short there are many different nuclear based approaches one or two of which with sufficient investment and expertise are bound to bear fruit and be in no doubt if fossil fuels are in decline the urgency and severity of the situation will force that investment to be made.

humanity is not going to ignore a fuel with 1000s times the energy density of fossil fuels, which also has a relatively tiny environmental footprint.

we squander scarce public resources on manifestly stupid renewable get-rich-quick schemes. e.g. ireland will spend more on wind turbines than the global
fusion research budget in the next 10 years.

very sad, the great folly of our age.

Thorium is indeed interesting. The Indians have almost built one and are planning more . Thorium designs have been Proposed for 40 years and one ran during the 1960s , the Oil Drum ( surprose

) has an article on Thorium reactors . The world has a lot more Thorium than Uranium and the byproducts of these reactors are theoretically less lethal .

There are two types , the 'Indians are building an experimental type that will eat plutonium …there is much to be said for that , while the Proposal I linked above is an American design that was ‘offered’ to the Indians . That design has been around for years but nobody has built one yet !

However most western countries are building Uranium powered reactors …for now. The Thorium based power cycle is for the future .

I’m more against nuclear than for it, but if needs to be done, then so be it. I think Ireland will be fine without it for a good while yet. The future of energy production is probably wind for coastal areas and nuclear for inland, but the nuclear option isn’t certain yet.

Right now with Ireland’s current energy infrastructure, Airtricity gets 79% of it’s energy from renewables. I don’t see a reason why that cannot be applied to the whole of Ireland. 21% from oil and gas right now is pretty damn good if you ask me.

Upgrade the network (I heard the Esb are doing just that and connecting to the UK) and put in a couple of those u-valley dams (acting as a battery) - spiritofireland.org/ - and you can have 300% energy production from wind alone, or import/export the off peak nuclear energy from the UK (and maybe later France).

I’ve heard too many anecdotal hilarious-but-freaking scary stories from Sellafield to trust nuclear. Maybe get the French to do it.