You already knew this but:

But not for the reason you’ve been told; the story is vaccine failure, not Omicron

The Danes are now publishing extremely detailed daily data about Covid cases and hospitalizations - not just about Omicron, but all Covid variants.

And, in news that will surprise precisely no one who has been alive the last two years, they paint a picture entirely different than what the media claims.

Omicron - which continues to appear significantly less dangerous though more transmissible than earlier variants of Covid - has been used as a cover for vaccine failure.

Most new Covid cases in Denmark occur in people who are vaccinated or boosted - and that is true for both Omicron and earlier variants. More than 76 percent of non-Omicron Covid infections in Denmark are in vaccinated people, along with about 90 percent of Omicron infections.

But not for the reason you've been told; the story is vaccine failure, not Omicron

The scamdemic was a horrible thing, and every single freaking thing done in its name has been much more horrible. The fact people keep accepting it as an excuse for unacceptable things tells me more about a big chunk of humanity than I ever wanted to know.

As soon as someone tries to use the shamdemic to justify yet another atrocity inflicted on us to destroy even more of our enconomy, rights, and liberties (which is all but guaranteed anytime someone invokes COVID), call them what they really are: a tyrant sympathizer and abettor.

Remember, the entire purpose behind the plandemic is to instill a sense of panic and fear in the population in order to get them to act in a certain manner, so that said…

Anytime someone tries to invoke the flim-flamdemic in order to pass some new law or legislation, they are doing the work of a tyrant.

Anytime someone tries to use the crapdemic to keep people afraid and attempts to justify what is being done in order to ‘protect the people’, they are doing the work of a tyrant.

Anytime someone tries to claim that ‘combating the virus’ or ‘protecting the world from a cold’ justifies trampling all over basic constitutional rights and the free will of free men in a free society, they are doing the work of a tyrant. 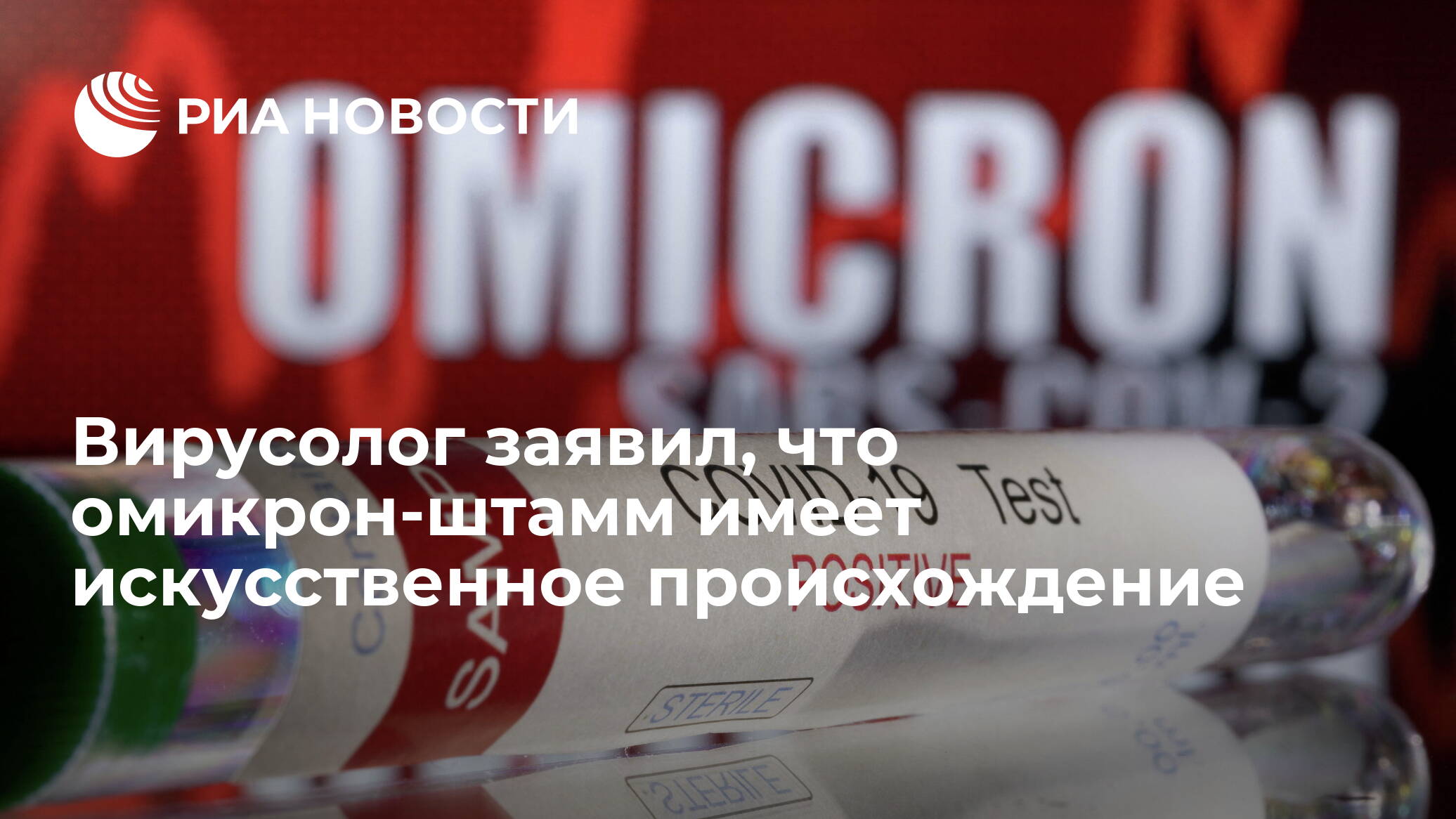 Thanks @snaps the very reason I created this thread:

The virologist said that the omicron strain is of artificial origin

MOSCOW, December 15 - RIA Novosti. The Omicron strain of the coronavirus could have been artificially created to end the pandemic. Corresponding member of the Russian Academy of Sciences , head of the cell proliferation laboratory at the Engelhardt Institute of Molecular Biology of the Russian Academy of Sciences Pyotr Chumakov announced this on the air of Radio Russia .

According to the scientist, the omicron collected all the mutations of the previous variants of SARS-CoV-2, but added a “insert of three amino acids”, the appearance of which is impossible in a natural way: the result was a “super-weakened strain”, which, however, spreads with much greater faster than delta and can bypass vaccines. Nevertheless, the omicron does not cause serious consequences for today.

“It can infect quite a lot of people who have already been vaccinated. But their disease is mild. Among the unvaccinated, there are no very severe cases either. That is, it seems that this is a strain that spreads very quickly and is easily tolerated. This is very good,” - Chumakov considers.

The new SARS-CoV-2 strain was first identified in Botswana and South Africa on the twentieth of November. It contains dozens of mutations in the S-protein, which the pathogen needs to infect cells. Presumably, this variant originally developed in the body of an immunocompromised person - probably infected with HIV.

The World Health Organization has designated B.1.1.529 as “of concern” and named it “omicron” after the 15th letter of the Greek alphabet. Experts believe that even those who have been ill and vaccinated can become infected, and symptoms range from fatigue to headaches and body aches. At the same time, as noted by the director of the Gamaleya Center Alexander Gintsburg , the vaccinated patients have a mild disease.

The delta strain B.1.617.2, first discovered in India last year, is now dominant in many states , but scientists admit that it will be replaced by the omicron. According to the latest data, there are cases of infection with it in at least 70 countries.

Has the Menace has been out flanked?

They have been incredibly spooked and moved fast to boost the consolidation of power and try leverage it using the rinse & repeat script, and it’s not working, you can see a universal increduality in the reaction online. Everything has been too much too fast, 3 shots in less than 9 months, with no pay off, such a compelling sell you have to keep locking people down, attacking their way of life and their children to sell it.

Ok, Did the Russian release it or what?

Who moves and what next?

I don’t buy that! “artificially created” theory, I just prefer to believe that it was a natural mutation that is so successful as it can spread as easily as a common cold and it seems has mostly similar symptoms.

If Omicron continues to mutate as easily as s simple common cold coronavirus then it will ripple around forever.
No one has ever successfully created a vaccine against the common cold, in fact the UK gave up about 40 years ago. 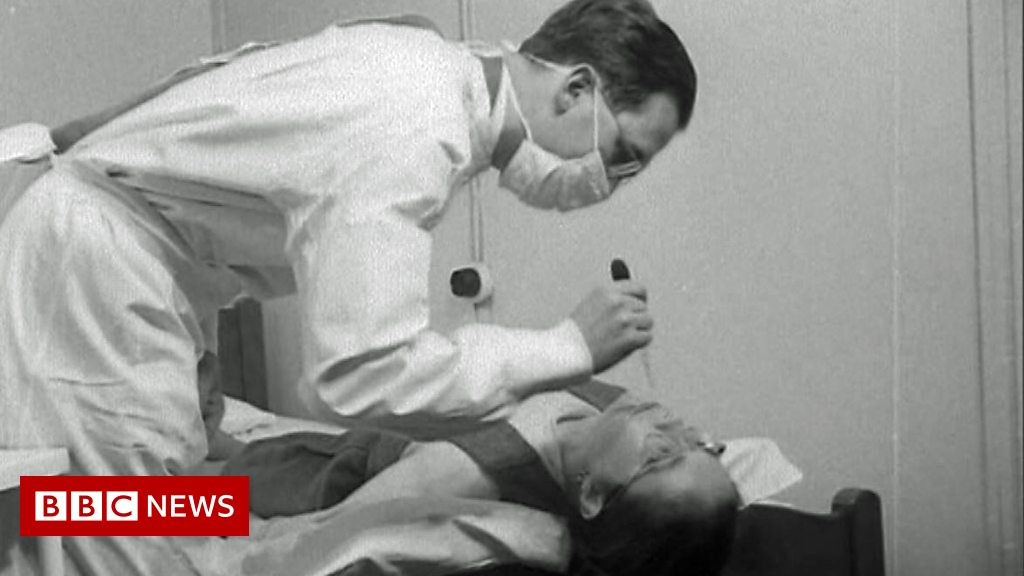 Why thousands volunteered to catch a cold

How Britain tried to cure the common cold.

Well worth watching, more evidence that omicron will be far less severe than Delta, the only risk really being the possibility of health service overload cause by sheer numbers of simultaneous infections. 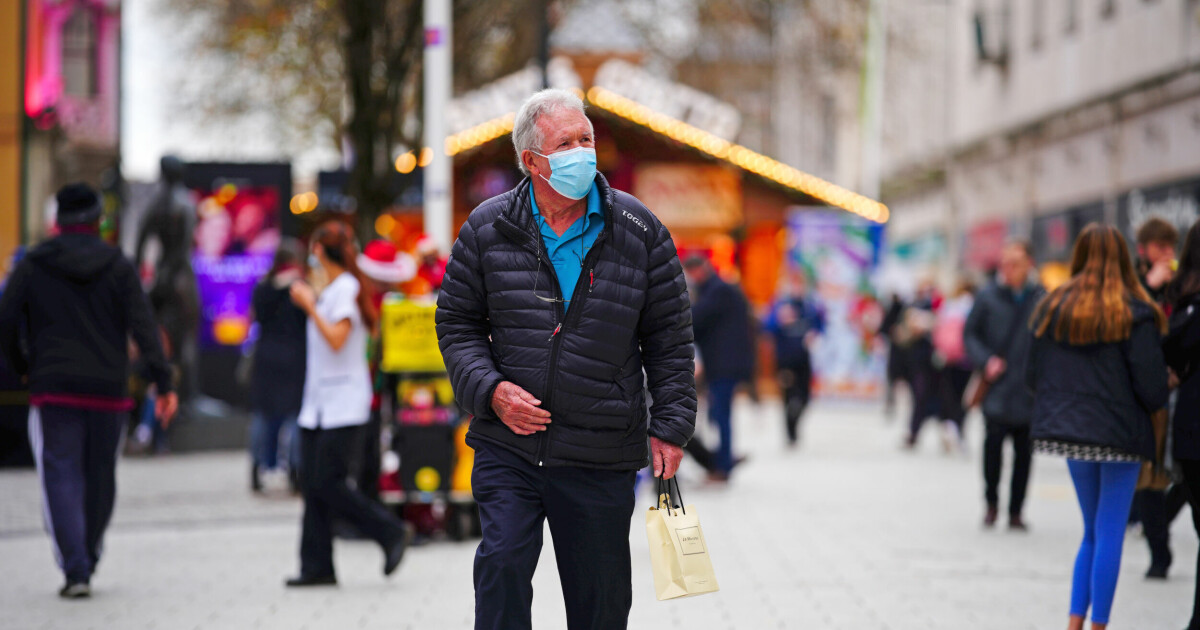 Omicron is Not Normal

Everything suggests this variant was leaked from a laboratory engaged in gain-of-function research.

I heard the lab leak talk on Twitter. This is a summary.

It’s also important to remember that about 15% of cold viruses are of the coronavirus category, does make you wonder if the current PCR test is detecting colds as well!

https://en.wikipedia.org/wiki/Common_cold#Viruses
If they’ve really gone off on a tangent and logging colds, then the numbers are really going to skyrocket without hospital admissions rising significantly.

I wrote this back in Feb, 2020 in the original Coronavirus thread

They have been confined to their cabins since Feb 3 and in Tokyo since Feb 4. It seems to be pretty clear that more are picking up the virus by being held on the ship. I think someone was asking when they are meant to be allowed off. I presume that would be after 14 days if you have been shown not to have the virus. Having said that, they’ll probably have to do a separate 14 days now anyway when they get off. Ludicrous to keep them still on the ship.

Also, how long has it been now and they still have only tested 1/3 of the people on board. Consider that with the first person to die from this virus in Japan, they only found out she had it after her death and she was in hospital at the time I believe. I don’t think they are really testing that many people anywhere in the world unless they are in a very critical condition.

As I wrote in previous post. The evidence so far appears to indicate that tests are unreliable and based on your summation above, it might also be assumed the testing is neither reliable or comprehensive.

What might that tell us about what is actually going on?

One thing I wondered since the Coronavirus is a common virus, and the source among some others as cause of the common cold, of which we are told there is no cure, leads to the following questions:

Is the unreliable test, discriminate enough to test for this specific variant of the Coronavirus?

If so, how is a test such as this available or perfected so soon?

Early online chatter maybe 2 or more week ago, in advance of such reports, suggested that there would be a move against physical cash, so OLD money (system) is now dangerous to your health eh.

Take into account if you can (which I think few if any really can) , the social credit system in China run by AI and you have the globalist technocratic wet dream and the casus belli to spread it across the world.

The tests are not reliable.

During the very low volume and proper use of the PCR test (high prevalence test subjects) during the SARs CoV 1 outbreak in 2003 there was at least one clinical paper published about loss of selectivity of the PCR reagent with some other human corona viruses. The got multiple true positives from other HCOV’s. I think OC43 was the main culprit.

All selectivity / selective rating are for calculated using pure uncontaminated target molecule samples in a low volume / very high standards research lab. Not on actual real world samples. The null test samples used have no contaminates in them. The cross sensitivity tests use panels of sample molecules which are high concentration, high quality, and have no cross contamination.

So in the real world drop the sensitivity by at least 30% and the threshold by at least 2X. Throw in the fact that at least 1% of adults and up to10% of kids will have an active HCOV infection at test time…

And thats why the tests have zero clinical validity when used for mass testing. The results mean nothing. Less than nothing because they fail to detect the majority of actual SARs CoV 2 active infections of those tested.

This is a real danger. Take a trip to London without a bank card and you might go hungry.
At the very least you’ll be eating in a different spot than your mates.

If you wish to inject your body with a drug that has been through a crash 6 month development program, is not due to complete clinical trials until 2023, which does not stop spread and which has caused half a million adverse reactions in the UK alone, then my friend that is between you and your psychiatrist.

But just consider one little question - if the jabs are so safe then why is no one standing behind them financially? In case of death your payout is capped at 120k and the manufacturers are exempt from product liability.

The fact that omicron is more like a cold than a deadly virus is slowly becoming mainstream! 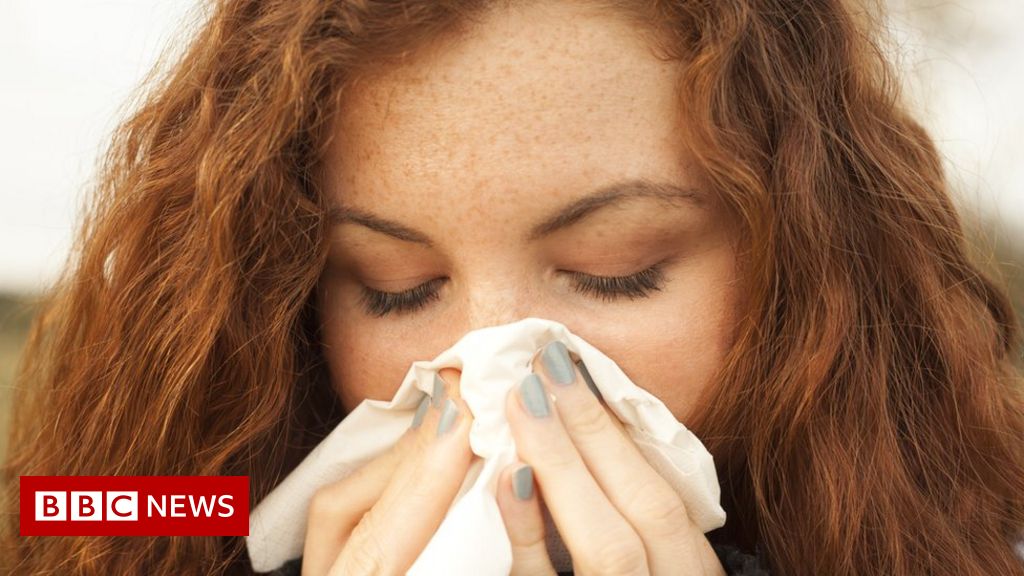 Omicron: Half of colds will be Covid, warn UK researchers

If you have a sore throat, runny nose and a headache, get a Covid test, experts advise.

… very low disease, highly infections… like a live attenuate virus vaccine, that you might design 'um for purpose… this is about as good as we could possibly want right now in terms of outcomes"

Omicron is Not Normal

Everything suggests this variant was leaked from a laboratory engaged in gain-of-function research.

Sorry missed it up above by Blamegame a few daya ago.

That tree chart branch does not happen naturally.

and now we have an escape date, around early June 2021.

See the rapid development of mutations. Thats what happens in general circulation.

I just saw an "explanation " for the long trunk as being either one person with a chronic infection for over one year or a circulation for over a year in darkest Africa where there was no sampling. Unless it was the middle of the Kalahari or up a mountain surrounded by hundreds of miles of jungle not going to happen.

So the virus was supposed to have got from China to this mystery spot in a few months but not gone anywhere for over a year.

I can think of a simpler more plausible explanation. The botched attenuated virus vaccine attempt makes a lot of sense. Its happened before.