“We are working on a figure of 200,000, it may well be more than that but we will be actively looking to bring as many people into Australia as soon as we possibly can “ – Karen Andrews, 22 November 2021.

The types putting up bed sharing/sex for rent rentals…

Rental Costs - Unreal!
The pornification of our Youth & our Daily Life - the regime rationalizes what it has allowed to occur
Blindjustice January 13, 2022, 1:12pm #2703 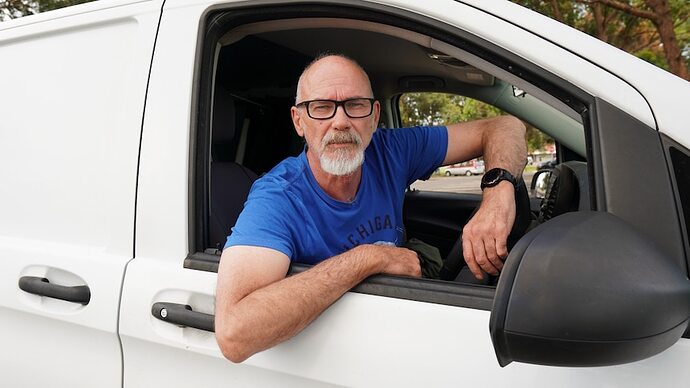 'Never thought I'd be homeless': Garry sleeps in his van because his pay...

Instead of driving home from work, Garry Wallis sets up his van in a suburban car park and settles in for the night. The 59-year-old says despite working all his life, he's homeless.

r/Adelaide - This is the reality of the current rental crisis

Melbourne ‘space shuttle’ pods containing a single bed for rent for up to $900... 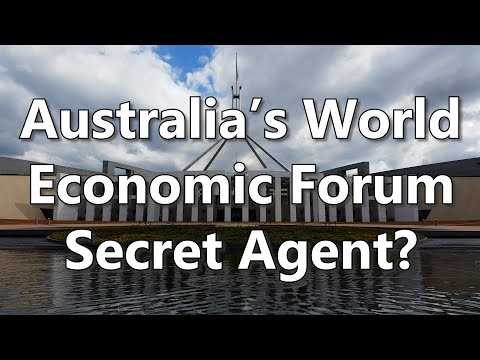 Governor General is a weak link in a democracy 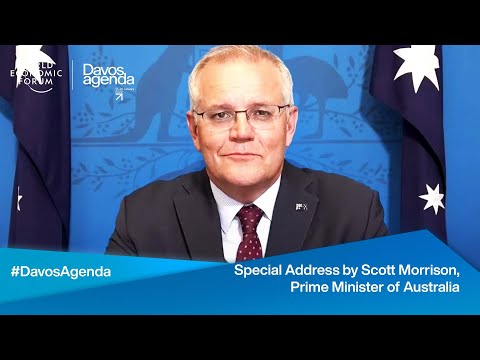 My reaction to @chloeshayden portrayal as Quinni in Heartbreak High… Thank you @netflix for giving as Autistics an accurate and authentic portrayal of what it is like actually BEING autistic but without the whole character just being a walking autism... Chloé was selectively mute for most of her life, but loved the opportunity to portray 'genuine representation of autism' in the series. This economist expects property prices to fall 15-20 per cent. He warns...

Australia's housing market decline spreads across all capital cities and most regional areas, with national prices falling by the most in any month since 1983.

Net overseas migration (NOM) was 96,200 in the March quarter – the highest quarterly intake on record 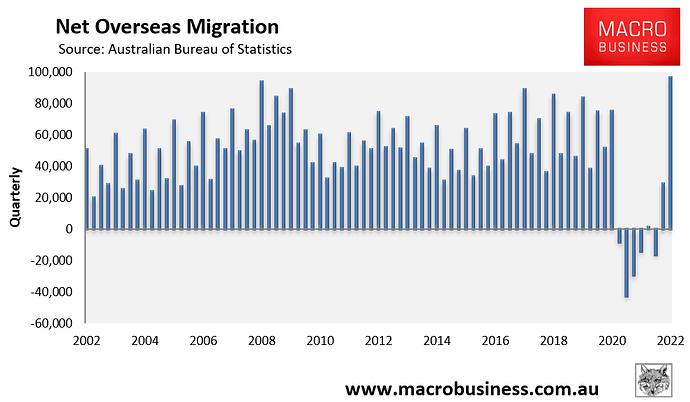 Rule of thumb - to compare with Ireland divide their numbers by 5 as their population is 5 times larger approx (25 million). In Ireland this would be approx 20k a quarter or 80k a year NOM Welcome back aboard the 'Big Australia' train to dystopia

The Australian Bureau of Statistics (ABS) has released population and immigration data for the March quarter, which shows that we are well and truly back on board the ‘Big Australia’ train to oblivion. Net overseas migration (NOM) was 96,200 in the...

This surge in NOM drove Australia’s quarterly population increase to 124,200. Why oh why would you do this? Why are developing countries doing this at a time of post GFC/new neoliberal free for all economic model induced shortage. 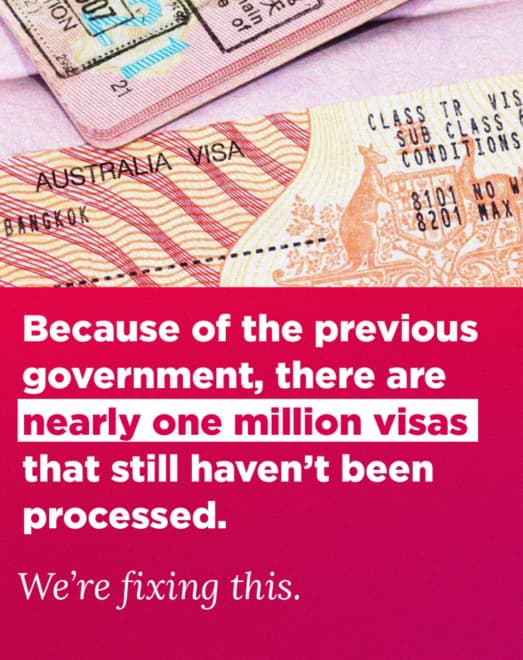 Third in a row 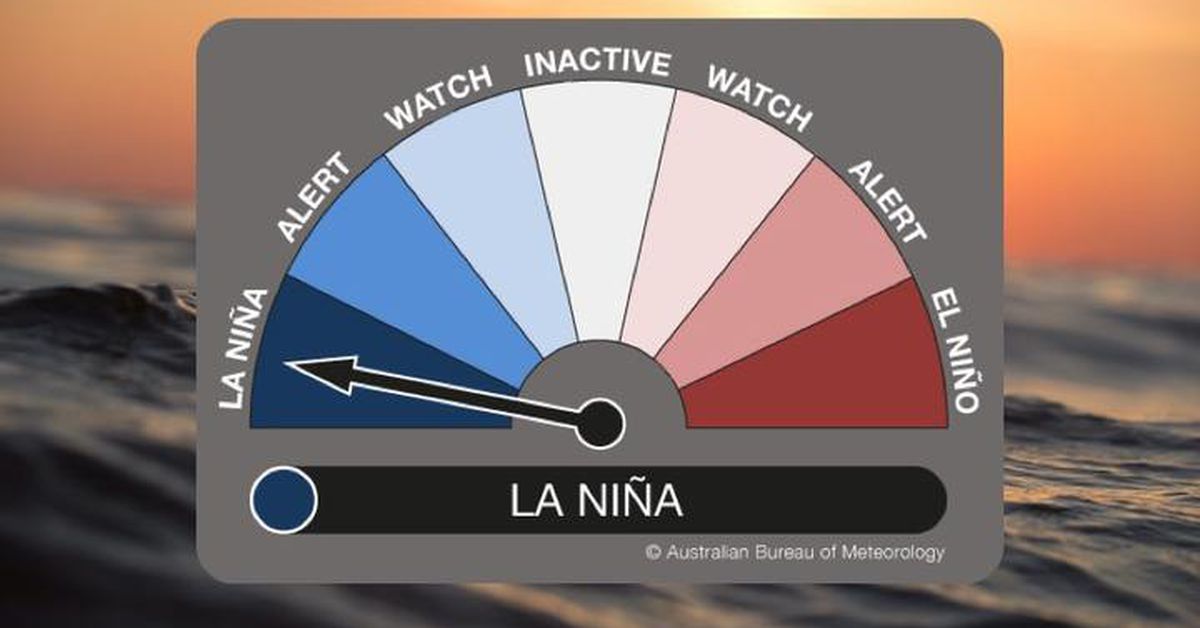 Australia's east coast set to be smashed by third-consecutive La Nina this...

The Bureau of Meteorology confirmed La Niña is underway in the Pacific Ocean.

Why is this important? Because Australia is a land of drought, fire and floods. La Nina and El Nino have large effects on the climate and Australia has years of drought followed by years of rain. The population will be ramped up during a period of plentiful water.
Sydney's dams may be almost full – but don't relax, because drought will come again.
During the most recent drought from 2017 to 2020, Sydney’s water storage levels dropped by 50% of full dam capacity in two years – a much faster depletion than in previous droughts.
Sydney used less water in 2019-20 than it did in 1990, despite its population growing from 3.8 million to 5.4 million. 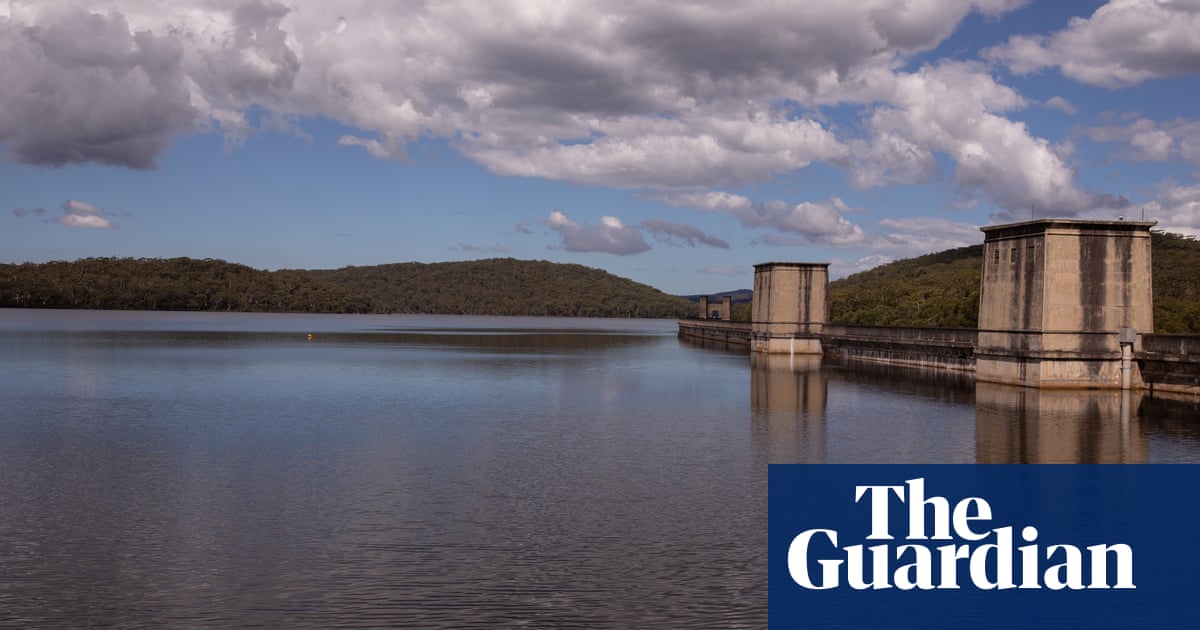 With water saving measures already in place and clearly effective there are not many levels left to pull. It will be absolutely certain that climate change will be blamed on the next drought. Its already being blamed for the recent floods that caused so much havoc where development occurred on floodplains. 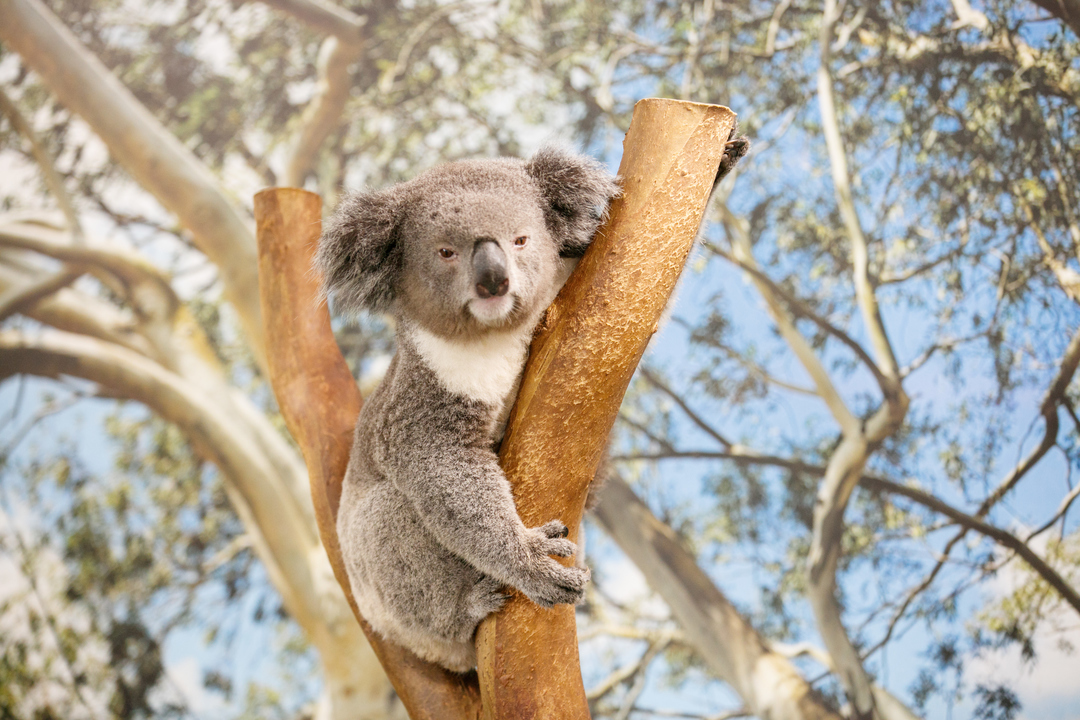 Where to see koalas in NSW

Start dreaming of a feelgood holiday to Eastern NSW, home to one of the most adored critters on the planet. 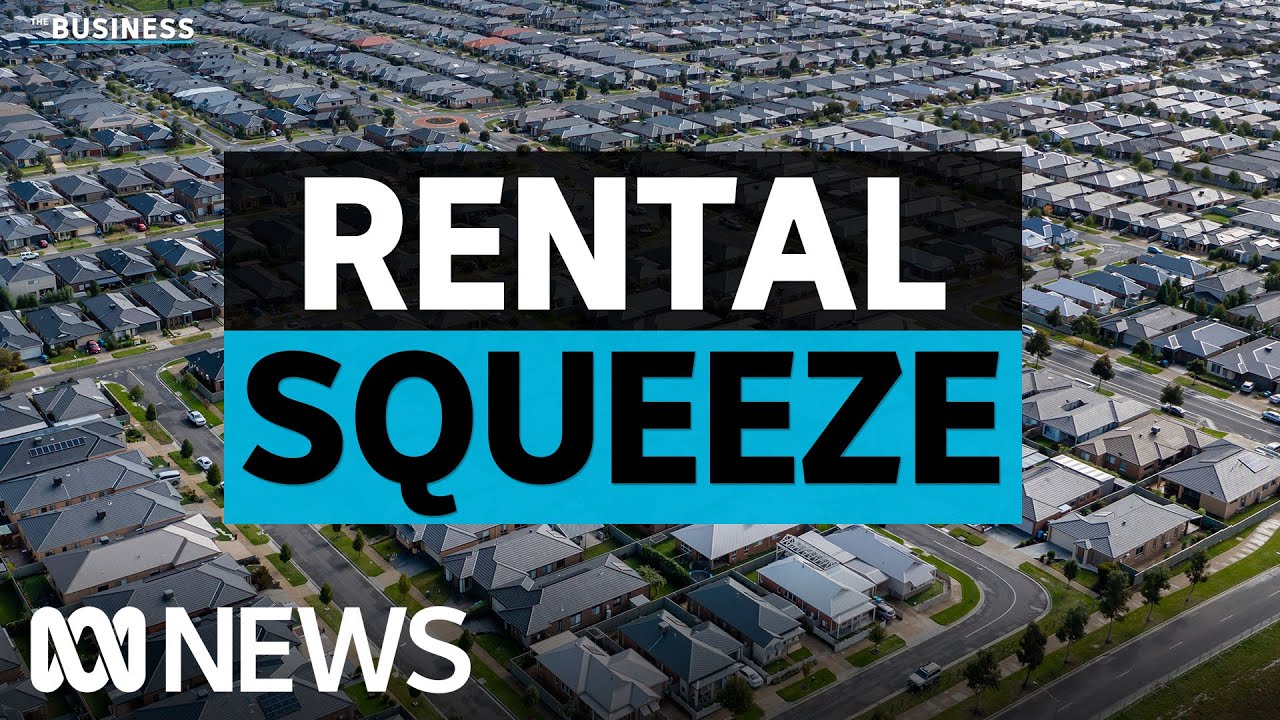 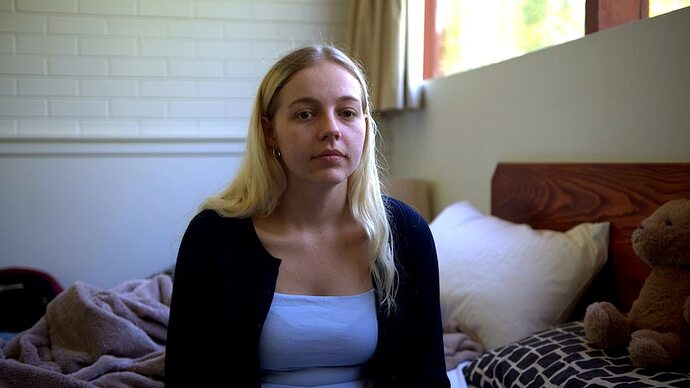 Kaila has a job and says she's applied for 100 rental properties. She is now...

Regional areas used to be places where people with low- to middle-income jobs like hospitality, retail, nursing or aged care could reasonably expect to find a home. Four Corners takes a first-hand look at the housing crisis that is forcing...

She’s living here because she says she applied unsuccessfully for about a hundred properties in the gentrified area that was once a fairly sleepy country hamlet.

Regional areas like the surrounding Coffs Coast used to be the sort of places people working in low- to middle-income jobs like hospitality, retail, nursing and aged care could reasonably expect to find a home.

A Four Corners investigation has shown thanks to the critical lack of social and affordable housing, they’re not anymore 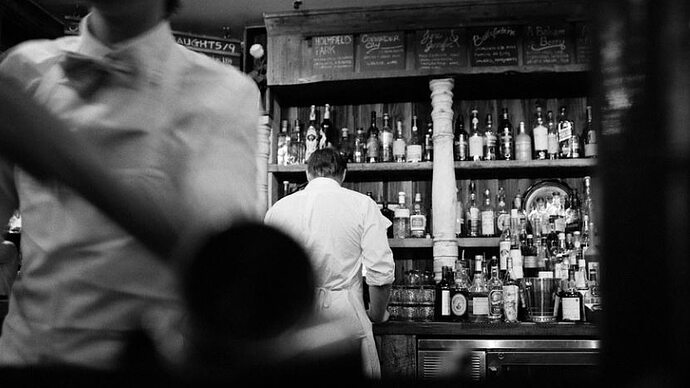 In this edition of The Conversation Hour Richelle Hunt and co-host Bronwen O'Shea discuss the issue of staff shortages in the hospitality industry and what can be done to bolster numbers.

neoliberal economics at its best:

foreign owned energy firms are busy sending their profits offshore, which is why Australia’s net income deficit hit a record high in the June quarter despite the trade surplus hitting a record high:
So basically, Australia has found itself in the bizarre situation where the more gas we export, the poorer citizens on the east coast get. 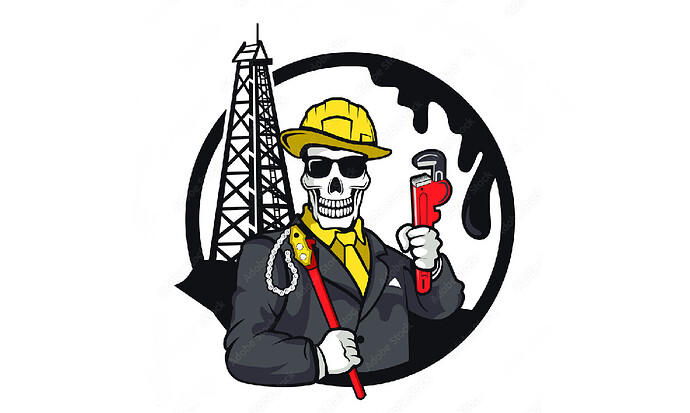 The June quarter Australian national accounts showed that the mining sector was making unprecedented war profits from gas and coal following Russia’s invasion of Ukraine, with the total profits from mining exceeding all other businesses: Currently,...

This is an east coast problem. Western Australia has has reservation for domestic use. High gas prices o the east coast will ensure any remaining manufacturing will be damaged or destroyed by high costs despite Australia being the saudi arabia of gas

'80 hours a week' - Why doctors are leaving Ireland

Junior doctors have complained for years that the hours they're expected to work are unreasonable. Now, increasing numbers of them are heading overseas, explains Conor Wilson.

Can be more than that in some specialties (well over 100, or 120/130) if you’re on call that weekend. This is why the papers then get to report on some “Junior” doctors making huge amounts of money on overtime payments.

Stephen Donnelly…added that the Department of Health was already acting, in part by allocating €1m to improve working conditions by providing doctors with places to lock their bicycles and “somewhere to put your wallet, somewhere to hang your coat, the ability to get food and water at night if you’re doing an overnight shift”.

jeez anything but do something about the real issues.
99% of politics is tinkering around the edges pretending to be doing something