Opinion Polls: conduct them only if sure of the answer

This is how politics work in Ireland.

Conduct opinion polls only if they’ll give you the answer you want.

Use the press to Astroturf and the press have no issue with assisting politics rather than just reporting upon it.
Considering policy was set for two coalitions by the wife/partner of a business interest representative Ireland became a very different place due to her policies and the actions of the Irish Independent in getting her elected party leader.

I was watching s2e02 of Borgen last night and a Pat Cox opponent to Harney was shipped off to the EU to get him out of the way.

I think it was a mistake by the Irish Independent; king or queen makers are supposed to stay in the background unseen and knowledge of the strings pulled left unseen.

How Eamon Dunphy got Mary Harney elected leader of Progressive Democrats
Eamon Dunphy was directly responsible for Mary Harney becoming the leader of the Progressive Democrats, he reveals in his autobiography, The Rocky Road, which will be published on Tuesday.
When the FF-PD coalition, led by Albert Reynolds and Des O’Malley, collapsed in 1992, O’Malley appointed Harney deputy leader when the PDs returned to opposition. Eight months later O’Malley resigned as leader.

According to Dunphy, O’Malley favoured Harney to succeed him and tipped her off 24 hours before announcing his resignation.

But instead of giving her an advantage it annoyed the members of the PD parliamentary party who would choose O’Malley’s successor. Pat Cox, the former RTE current affairs presenter, was her main challenger and was the clear favourite among the 10 PD TDs who would be voting for a new leader.

Dunphy and Harney had met in the Horseshoe Bar in the Shelbourne a few years earlier when the PDs were formed and had become friends, socialising together.
“A week before the election Harney asked me to meet her for a drink,” Dunphy says in the book. “She told me Cox had the election in the bag. It wouldn’t even be close. By Harney’s tally, Cox would win 7 to 3.”

When they met, Harney told Dunphy that she believed she was more popular than Cox with the public, but that there was a bias against electing a woman leader within the parliamentary party.

According to Dunphy, who was working for this paper at the time, she told him that an opinion poll was her only hope. She asked him if he could persuade Sunday Independent editor Aengus Fanning to commission a poll for the following Sunday, the day before the leadership election.

“Aengus was sceptical,” Dunphy writes in the book. “Opinion polls were expensive. A single-issue poll seemed extravagant. I enlisted the help of deputy editor Anne Harris. She backed me. The prospect of the first woman leader of an Irish political party was enticing. It was a good story if the numbers fell right.” [In fact, the Sunday Independent carried a full opinion poll, in which the Harney issue was just one of many questions.]

‘Pat Cox, the former RTE presenter, was her main challenger.’

Sunday’s paper led with the news the public preferred Harney, 67 per cent to 33 per cent. Game over.

“Harney won easily. The following day she treated me to lunch. She was relieved. And grateful. My reward was an offer to stand for the PDs at the next election. I politely declined.”

Eamon Dunphy’s autobiography, The Rocky Road, will be published next Tuesday by Penguin Ireland.

The indo has been publishing ‘opinion polls’ for years which generally are pushing their own agenda. Anyone who is doing an opinion poll can easily lead the question (framing effect) either in the phrasing or in the tone. 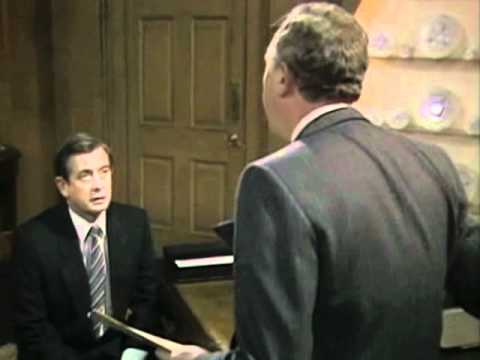 The story makes the PDs look even more dullwitted than previously suspected. What sort of idiot would make a decision based on a Sindo poll?

Imagine the damage these clowns could’ve done if they’d ever got into power?

A bit like the time they polled the public to see if they believed Denis O’Briens Lowry sceal - round about the time he was rowing with Sir Anto over Eircom or was it INM?

A piss poor poll of 100 telephone respondents. Political anoraks might have had an informed opinion but Joe public hadn’t a rashers. But of course it suited the INM plc line.

Probably the most blatent example, or can anyone top that?

CHARLES Haughey used advance notice of the devaluation of sterling to tip off wealthy friends who made a fortune on the stock markets, according to Eamon Dunphy’s new book.

Dunphy concludes that the story of Haughey’s turn of fortune “was known around the town”.

I’ve no doubt that it was.

What’s the reason that it didn’t become “known in the media” after his death?

I’ve no doubt that it was.

What’s the reason that it didn’t become “known in the media” after his death?

Maybe a waste of time asking but…

Are any of those individuals still alive and if so can they be prosecuted?

Wasn’t there also evidence that certain individuals dabbled in bank shares in the days before the guarantee was announced?

Evil_g, All will be revealed with my autobiography in 2039 (with the proviso that the subject of my revelation has passed away).

Actually it couldn’t have been him because he died in 1941.

Someone remind me, was PJ Mara close to Haughey? Is Eamo mates with him too? Jus wondering, like.

Actually it couldn’t have been him because he died in 1941.

Yeah. That stuff is all in the past Coles. It definitely didn’t happen the last time the Punt was devalued cos the guy who was minister for Finance is as pure as the driven fucking snow.

Corporate Philanthropy, Criminal Activity, and Firm Reputation: Is There a Link?

Thus, while a firm’s reputation can be diminished through its violation of various government regulations, the extent of the decline in reputation may be significantly reduced through charitable giving.

Wonder if this applies to individuals?

Wonder if this applies to individuals?