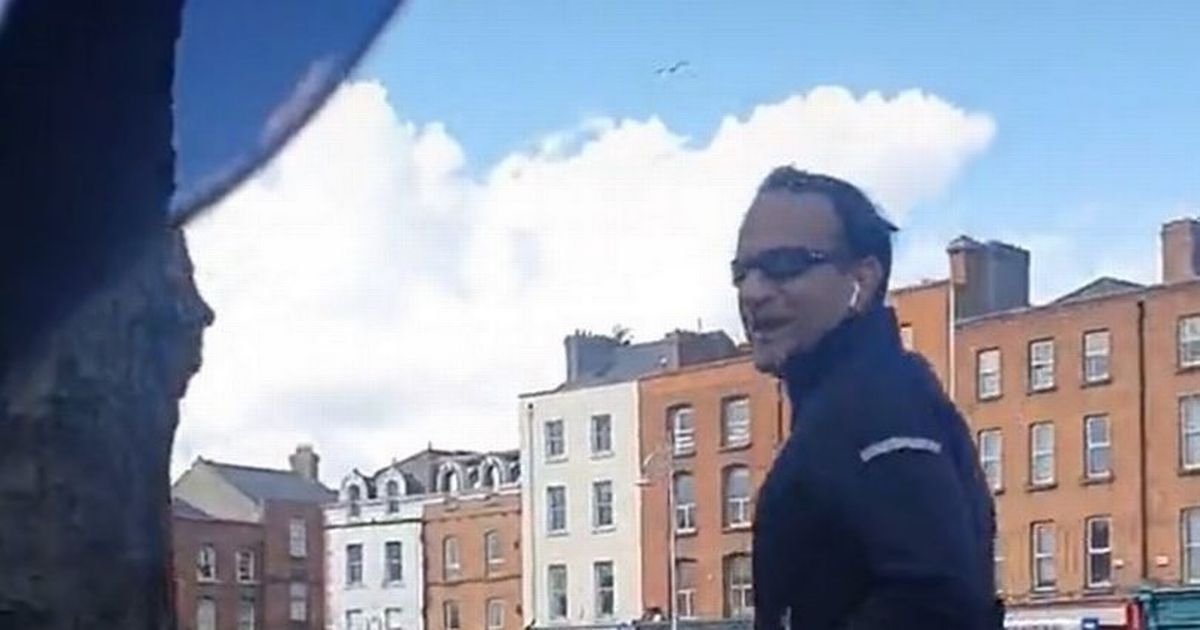 Congratulations @EmmanuelMacron. The first French President to be re-elected in 20 years! A victory for #Europe, for #France, for democracy and for the political centre. A clear defeat for populism, nationalism and for Putin. Merci La France 🇪🇺🇫🇷🇮🇪#presidentielles2022

Imagine being the Taoiseach and openly against nationalism. On the anniversary of the 1916 rising no less.

Varadkar is such a charlatan. “I dont want to put pressure…let me just put some pressure…be reasonable”

Varadkar leak inquiry: ‘I did not commit any crime,’ Tánaiste says

Allegations regarding leak of a GP pay deal contract were false and politically motivated, Varadkar says

Speaking to reporters in California on Wednesday, Mr Varadkar declined to comment in detail on the basis he did not wish to say anything that might be seen to apply undue pressure on the DPP.

“But what I do want to say, and I am going to re-emphasise this, the allegations that were made against me were false, they were politically motived,” he told RTÉ.

“I did not commit any crime. I did not do anything corrupt. In fact I didn’t even do anything self-interested. And I think when this is over that will be clear to any reasonable person.”

Fine Gael is understood to be considering a potential parachute candidate for the Donegal constituency next time out in the wake of Joe McHugh’s announced departure from national politics.

The exodus from whatever is left of Fine Gael continues

Fine Gael is understood to be considering a potential parachute candidate for the Donegal constituency next time out in the wake of Joe McHugh’s announced departure from national politics.

There is “no definite successor” to Mr McHugh, with the party alarmed at the prospect of presidential election runner-up Peter Casey making another declaration for the Dáil.

Mr Casey, seen as a right-wing figure, made a dramatic impact in the Presidential election in 2018, but then slumped when he ran for the Dáil in the 2020 election.

This article is a load of old guff written from Varadkar’s perspective.

But what it marks is the starting gun being fired on some proper in fighting in FG and this would become very public soon enough should the Dandy Gandhi decide to shaft Coveney and Donohue.

I spoke to a substantial number of current and former members of the Fine Gael parliamentary party this week. They note that: Simon Coveney has been in Cabinet for 11 years and Paschal Donohoe for eight. The pair occupy the most prestigious and powerful Cabinet roles of Foreign Affairs and Finance. Neither has an arguable chance of being leader of Fine Gael. Mr Coveney has been damaged by a series of controversies at his department. And he has been sullied by Fine Gael’s electoral failings in Munster.

Paschal Donohoe is unpopular in the Fine Gael parliamentary party, as a Finance Minister usually is in straitened financial times and economic upheaval. But what surprised me in those discussions with Fine Gael was the visceral condemnation for Donohoe over his performance as the party’s director of elections in the 2020 general election. Ultimately, an electoral failure is the leader’s but Varadkar has lost none of his Teflon skills and has successfully blamed failed candidate selection and election logistics on Donohoe.

Coveney and Donohoe must be sent to the backbenches if Fine Gael is to progress, that is clear from those Fine Gael briefings. What is also clear is that the traditionally overriding reason for avoiding such ruthlessness – fear of reprisal – does not exist. You would be lucky to find three strong Coveney supporters in the parliamentary party and you’d find precisely zero Donohoe supporters.

John Lee explains why Leo Varadkar needs to consider rejuvenating his cabin if he wants to build a solid future for his party.

They won’t dump Coveney surely - his brother is rte, they’re an establishment family if there ever was one.

I’m not even sure if Varadkar will hold his seat in the next election, same for Bacik

You are assuming two big ones here ;