POLL - Are you of the Wait & See cohort or will you take the Magical Free Injection?

The Regime Wants You To Take It’s Magical Free Radical - Do you want it?

According to leaked internal Provid reports, the Wait & See cohort are a believed to be a secret unenumerated variant cohort. Further comments from various unnamed sources close to the Provid Regime claim the cohort are believed to pose a serious threat to undermine Regime efforts to save everyone.

It is also believed that fears are mounting of a surge in the ranks of the Wait & See national movement, the growing numbers of antijab (not to be confused with anithijab, which is unconnected to anti-mask groups), these mistaken believers are believed to be part of a wider community effort by various underground anti-vaxxer conspiracy cultists, whom frequent online forums and social media platforms peddling all kinds of spurious fake-news and conspiracy theories, using fake images, fake user accounts and fake logic.

They look for their window of opportunity to inject the daily narrative, attempting to slide the conversation in favour of a narrative that alleges various nations governments across the west are in cohort with The Squid bankers to enforce ongoing lock down draconian measures, with civli liberties suspended, with life cast into a tyrannical medicalised matrix of false-freedoms, designed to subdue the world population, forcing mass submission to receive regular annual experimental genetic injections for life, being carried out under the guise of the OneWorld-Love-Equity Triangle.

There are believed to be about 80 million such operators in the US alone who believe such conspiracies, despite ongoing efforts to unradicalise these people through insults, application of continued negative characterisation (name calling conversion therapy) via the media, a broad effort to hurt their feelings and make them feel utterly alone even within their own family and community groups, delivering messages where death lurks around every corner, every hug and every encountered fart-by-proximity, they do not appear to have relented in their obsessive demonisation of the the OneWorld-Love-Equity Triangle.

The current figures for the Wait & See national fundamentalist movement milita in Ireland are currently unknown but government sources believe are increasing at an alarming rate, with reports that the emergency break will trip if current conspiracy cases continue to rise with community outbreaks online spreading to place outside the home. Some believe the figure is approx 60-75% of the population.

These cases often present as people outside talking to each other about things and stuff. Usually on a public footpath often within feet of each other. Despite such easy detection of such cases, there are continued reports that the numbers are believed to be increasing out of control it is believed.

People are asked to call their local monitoring hotline to distract them back to their homes for some good time social-distancing. Extra members off the elite Donegal Uber Distraction Kink Unit are believed to be on standby in the countries most affected hotspot, ready to receive the public tip-offs via the specially trained member manned switchboard. These members have a range of kinky measures and new found powers, one of which is known to strike a calm arousal into the enemy, this is believe to be achieved by an alluring dance with dancers sporting specifically designed authority style uniforms to enhance the calm arousal of the onlooker using festive representations of security and power. Though some reports indicate it is believed it can trigger an adverse fight response and the seeing of red, though there is no evidence to support this as there are no active studies into such anecdotes.

Leading experts believe the current rise in conspiracy cases has sustained a surge in online fact-checkers heartburn with many reports of adverse indigestion events within the debunking NGO sector, with a call for further Proivd financial support measures in upcoming budgets to purchase an annual stock of rennies.

Fact-checkers claim it is putting a new strain on the National Cyber Bullying Task Force, with morale at an all time low, due to end of year infodemc-linked bonuses not looking as secure as 2020’s round of end of year goodies. Unions however, are believed to believe this will give them a stronger negation position in future pay related discussions.

Meanwhile in an effort to improve passenger conditions and herald the new-normal Dublin Bus Unions have announced in conjunction with Dublin Bus Management and IMRO, that eligible drivers will be permitted to sing a song maskless over the in-vheicle PA system to raise spirits with a carefully penned tune titled, Call Of The Jab, it is believed this has been written by a conglomerate of former Eurovision song contest winners some fromer Irish winners, and many others participating from around the world, the latest draft contains uplifting and positive affirmations that are easy to learn, should warm the blood of any worried passengers whom believe they remain uninjected or not part of some mass experimental genetic injection trial while making that unduly windy route through the manifest jungle of suburbia (the gift of generations of Irish planners and brown-envelope metrics), seem more like a walk in the socially distanced park:

Call Of The Jab

It is believed there are ongoing discussions with Dustin The Turkey to record a “Call Of The Jab” single to raise funds to pay for the PUP’s. However no one was available for comment but some legal experts think that upcoming hate-speech laws may preclude offensive puppetry to be used against a diverse ethnic audience setting as some cultures may not respect being serenaded by a false-idol with a non-binary-gender-fluid-person-persona's hand stuck up it’s arse and as such, interpret it as a Satanic plot to trick people into defiling G-ds creation with hitherto unproven and novel synthetic corporate genetic material forever and ever.

@ 7 votes, a big turnout, somewhat like the local injection centre!

Getting a Pfizer on Tuesday next week.
I’ll let ye all know when I start hearing Bill Gates voice in me ear.

The voice will be whispering…Buy PFE, its under valued at $38, its going to break $50, I tell ya…

Best of luck. Hope everything works out.

Remember what you’re getting is not approved but authorised, here is the online info for the EMA injection which I think is the Pfizer one call Commie-RNA sorry Comirnaty… as you will see it is a total shot in the dark with trail still ongoing, so absolutely experimental:

Can Comirnaty reduce transmission of the virus from one person to another?

The impact of vaccination with Comirnaty on the spread of the SARS-CoV-2 virus in the community is not yet known. It is not yet known how much vaccinated people may still be able to carry and spread the virus.

How long does protection from Comirnaty last?

It is not currently known how long protection given by Comirnaty lasts. The people vaccinated in the clinical trial will continue to be followed for 2 years to gather more information on the duration of protection.

Can pregnant or breast-feeding women be vaccinated with Comirnaty?

Animal studies do not show any harmful effects in pregnancy, however data on the use of Comirnaty during pregnancy are very limited. Although there are no studies on breast-feeding, no risk for breast-feeding is expected.

The decision on whether to use the vaccine in pregnant women should be made in close consultation with a healthcare professional after considering the benefits and risks.

More info on the other types include the above, link form HSE:

If you’ve followed the tsunami of online negative detrimental anecdotes since this began, especially since it was opened up to a wider demographic in the US, you will note death is a big feature, death of the unborn child, issue around breast-feeding new borns (almost dying and dying) and loads of other crazy vascular blood related complications and serious turns that are not within the remit of the trail but have left people in bits.

The joke is if you don’t take this thing, you’re in the control group, but if the thing is a trojan horse self-spreading elixir of death-to-life, then all bets are off.

“I personally very strongly believe there has to be more intensive and intentional and coordinated global regulation of the content on social media platforms,” she said.

“We know that the most popular video across all of Latin America for the last few weeks that now has tens of millions of views is just an anti-vax, anti-science screed that YouTube has just refused to take down.”

Clinton added that anti-vaccine content created in the United States “flourishes” across the world by way of social media platforms. Her attempts to convince the managers of these sites to remove the material has not worked, she said.

“We know that — because I have tried — that appealing to the leadership of these companies to do the right thing has just not worked, and so we need regulation.” 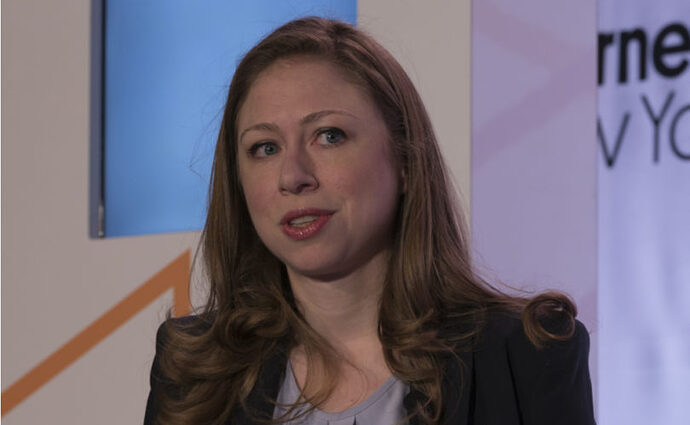 ‘I personally very strongly believe there has to be more intensive and intentional and coordinated global regulation of the content on social media platforms.’

Every single comment at the bottom of that article is castigating her.

I see what ya mean. As an example of one kind of comment:

If vaccines are the modern miracles we’re encouraged to believe they are, there will be no need of censorship to prop them up.

The US anti-vaccination group the FDA need to seriously rethink their position or face serious regulation:

The Pfizer-BioNTech COVID-19 Vaccine is a vaccine and may prevent you from getting COVID-19. There is no U.S. Food and Drug Administration (FDA) approved vaccine to prevent COVID-19.