Poll - Is Holohan a (bullshit) spoofer?

Freedom of the city this week.

So thousands of healthcare workers can now bring sheep to Phoenix Park.

I wonder about the voting and zero customs charges.

Here is another poll on Holohan, that pinsters may or may not be interested in participating in… 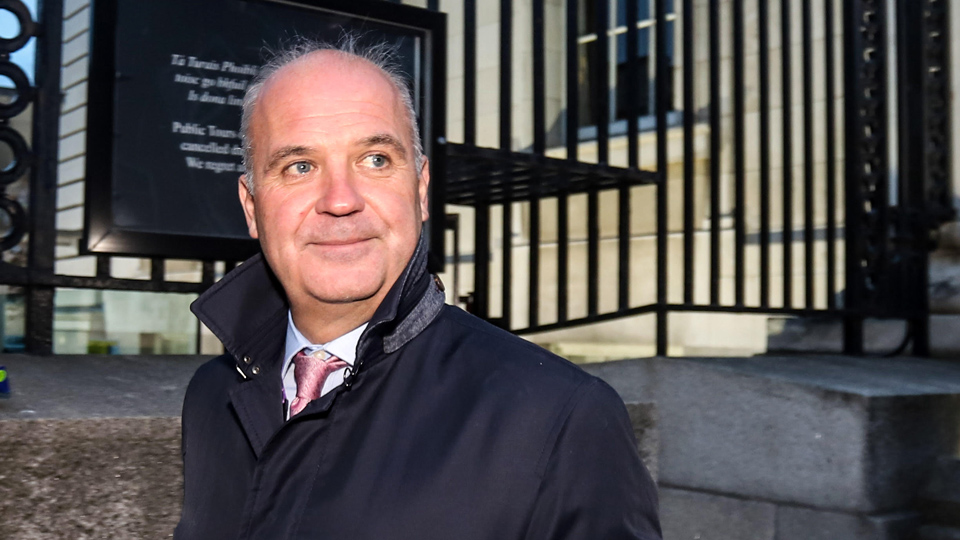 POLL: Do you agree with the decision to award Dr Tony Holohan the freedom of...

VOTE in our poll and leave your comments here and on social media.

I want to share my personal opinion on the Dr Tony Holohan in his CMO role.

He is doing great job, he deserves much more then Freedom of Dublin award.
He is the man who cares and does his best.
He has a courage to stand up and defend what he thinks is right.
Looking back I would say he was right in most his decisions/concerns.
He did not give up after personal loss and got back to his unpopular role, probably understanding he will be blamed no matter what.
For example: The recent postponing of indoor dining/drinking, he was blamed for as well, is not his fault.
I agree that postponing was handled poorly, i.e. decision was dragged to the last few days. But in my opinion the two top man in the country should be providing early info to the industry. It is not the CMO’s responsibility to handle that.

For the record, I have no personal connection with the Dr Tony Holohan, not direct or indirect interest whatsoever. Apart from living through coronavirus pandemic in Ireland and wanting to have someone who actually cares in charge.

You are aware of his direct role and active involvement in the cervical smear / cancer coverup? That was him. He was responsible. In any normal country he would have been fired and charged with criminal conspiracy years ago. Which is what he did.

He should be in jail. For a long time. Just for that.

Then there are many hundreds of death of of old vulnerable people in care killed at the start of the year by a vaccine that will have zero health benefit (which any competent doctor would know) for these people. This is very basic immunology.

Your “great guy” is also guilty of at least negligent manslaughter of probably more than two hundred people with dementia and serious alzheimer’s in these care homes who were incapable of giving informed consent. He killed them. He’s the CMO. Its his name on the order.

Your “great guy” is no different from the “greatly respected” authority figures who shoveled hundred of dead unwanted babies into unmarked pits in places like Tuam many decades ago. I heard the same kind of defense of those utterly worthless shits back then too.

Oh I forgot. None of this has been reported by RTE,the IT or the Indo so it never happened. Dont worry, they will get around to reporting it in a few decades time. Just like they always do. When it no longer matters and the guilty cannot be brought to justice.

Its un-informed sheep just like you that are the reason that these atrocities keep happening in Ireland generation after generation. And still going on today.

You do know that the previous Minister for Children was a member of a bizarre (even for California) sex cult before she ended up in Ireland. Or that the current guy looks and acts remarkably like a chicken hawk. Who just loves underage twinks… Saw plenty just like him around the Castro in SF over the decades.

Nothing changes. Because of people just like you. I’m afraid.

TBH they’re all equally to blame for their Treason, but all the same, you have me thinking a Hero is about to hit Zero any second now! I wonder who it could be?

There are damaging pictures of TH or people related to him in circulation-Ewan MacKenna amongst others has stated he has them and is undecided what to do with them yet. I gather that they’re related to blatant breaches of the rules around social gatherings.

Holohan was the one who came out and told everyone Pandemrix was great & everyone should take it too. Is it 100 cases in Ireland over that now?

Some things get reported on eventually, but it takes decades: 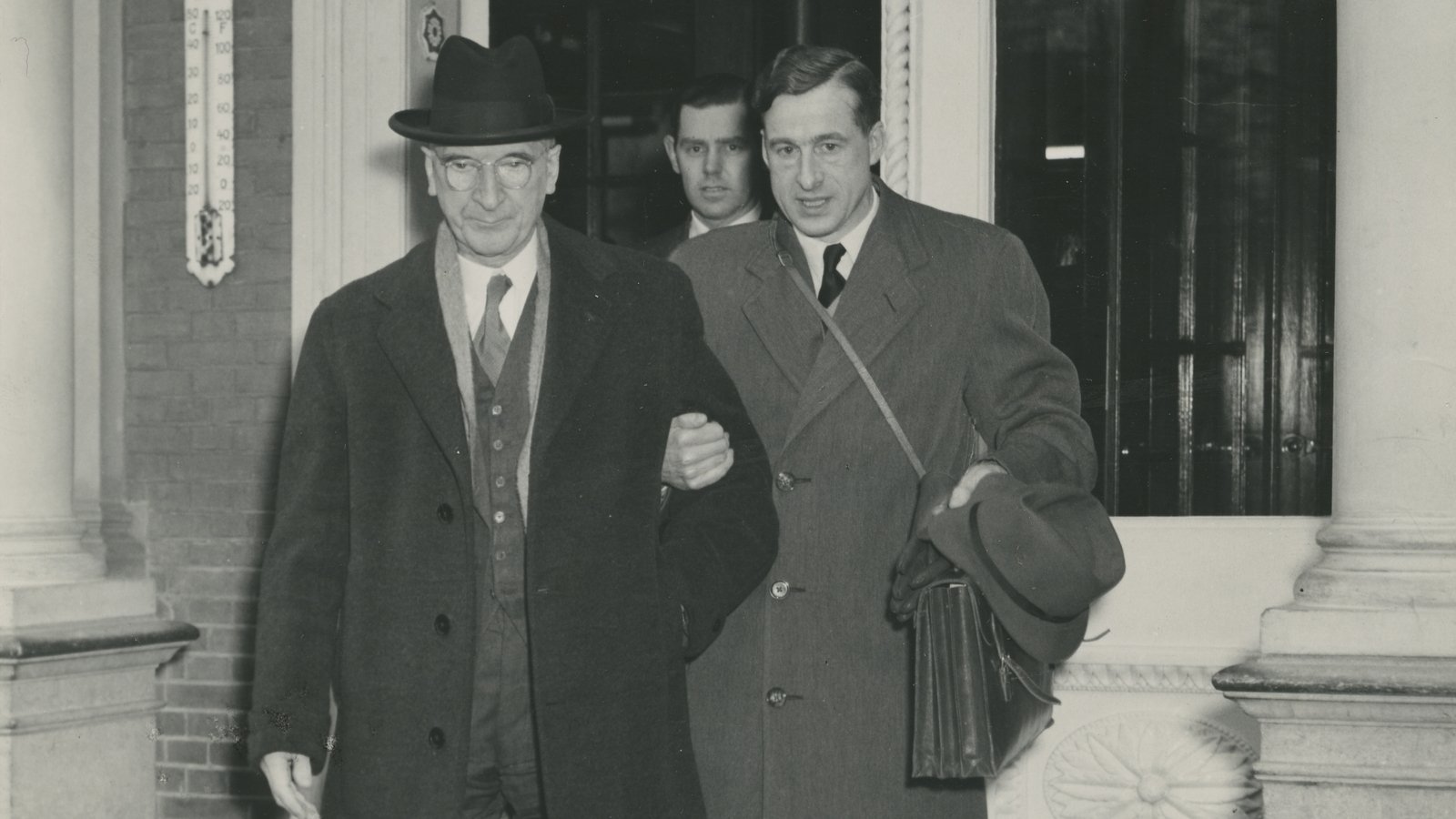 The son of former President Eamon de Valera repeatedly facilitated the illegal adoption of babies long after the practice was made a criminal offence.

There are damaging pictures of TH or people related to him in circulation-Ewan MacKenna amongst others has stated he has them and is undecided what to do with them yet. I gather that they’re related to blatant breaches of the rules around social gatherings.

Is that linked anywhere?

He didn’t say exactly who, but inference is Tony. 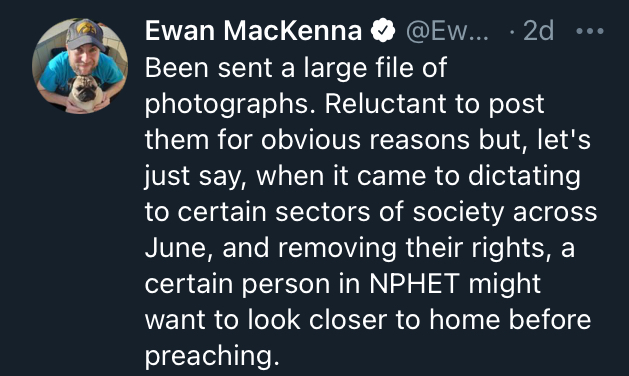 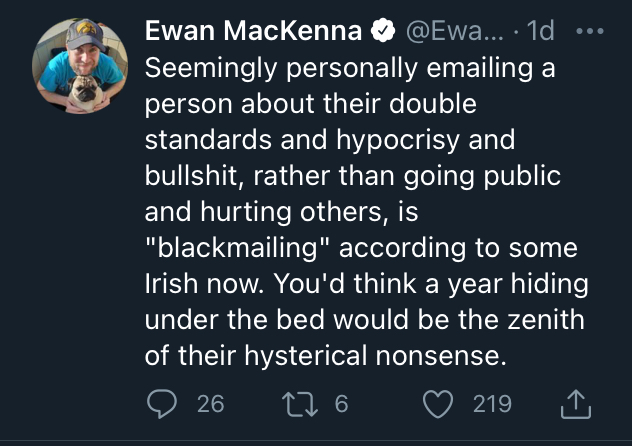 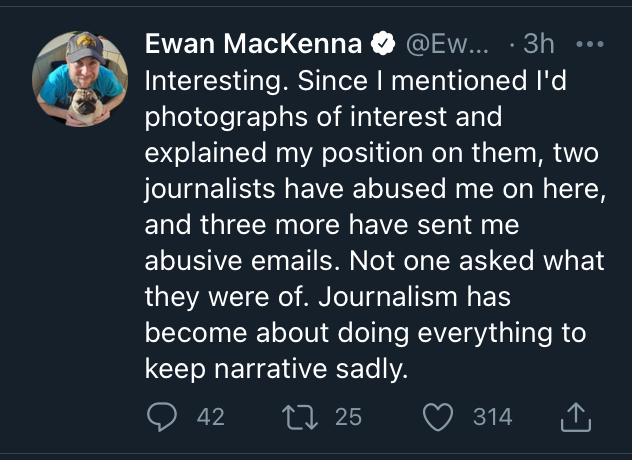 So the Big Man knows.

One of the most ridiculous posts I’ve ever read in my 15+ years lurking on this site.
Literally speechless.

No reply could have bettered jmcs. My God people. Wtf.

Whether one sees through Holohan is a test of how your perceptive abilities, your real values, and your ability to hold someone accountable for what they do rather than just say intersect.

A fool believed Holohan’s early pronouncements that he is doing this in our interests. But we’ve moved way beyond that.

If you believe, ‘Holohan did a great job’, you’re not just a fool, you’re a dangerous fool. You should resign from any position of authority you hold in any organisation. And you should let it be known you aren’t fit to make any parental decision about your own children or elderly parents.

The time for playing the ball is long past. Dirty Game from here on in. Open Season on all of them.

Lenihan did a great job

I disagree. Lenihan was a spoofer.

Lenihan was a criminal. And he’s most likely in hell.