Poll - Is Holohan a (bullshit) spoofer?

His bullshitting hasn’t gone away, you know @Open_Window
https://archive.md/E5ZJm

Worth logging for posterity. Because

“They have performed and held up their performance really well in protecting people from the severe effects of the disease.

“In truth they are probably not performing as well as we might have hoped in terms of preventing transmission.

“There is an impact on transmission by and to people who are vaccinated, but it’s not as great as we might like.

“It is possible for people who are infected, and who were vaccinated, to be infected and to transmit that infection.”

Dr Holohan warned that the Government cannot make people observe restrictions and it was up to the public to make changes which will bring about a reduction in transmission of Covid-19.
He told RTÉ Radio’s Morning Ireland that Nphet will monitor the situation closely this week and that it is important to see signs of improvement.
If that is not the case “if we think it is necessary to give difficult advice, then we will do so” though he stressed that it is too early to say if the present round of restrictions are working.

Last week: we’re not Austria because we vaccinated
This week: oh actually we nearly are Austria. Sorry. Your Fault btw

It should not be acceptable that there were 125 people in ICU dependent on very intensive support because the health system was so severely impacted. But this was also the situation in other countries such as Austria where they had more intensive care beds but they were still dependent on restrictions.

In a separate interview on Newstalk, Dr Holohan admitted that the midnight closing time in itself would not reduce numbers, but it “sends up a signal” that the situation is still serious.

Call back to his “carparks & canteens are full”. Tony has special knowledge

Did the people think google maps was really about helping them find country churches & chiropodists ?

This book is worth a read. The Guardian condemnation is a recommendation

*I call him a bullshit spoofer rather than a liar because he is saying whatever he needs to say to support his current position. He isn’t even conscious of not telling the truth. 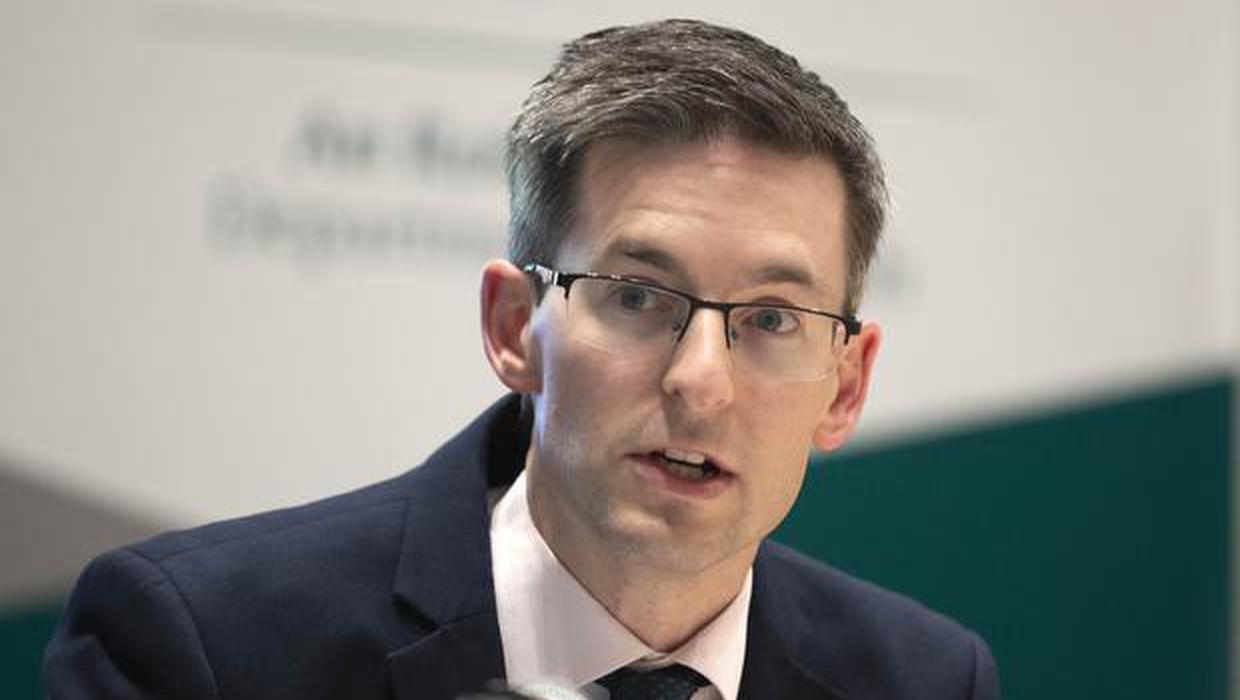 Video showing they all called it safe

No. You completely misread the situation. Holohan and several other Nephet members have been active in the media running their own campaign and using Communications Clinic interview tactics rather than talking straight.

New Covid restrictions unveiled amid tensions between Ministers and health...

Ok so 1 year later the Government announce they will start to clip Nphet’s wings in terms of the Terror Campaign propaganda war.

I wonder how far we are away from a Jan 2011 situation with Micheal staying on as Taoiseach but the party wanting a clean break from him and appointing a new leader? 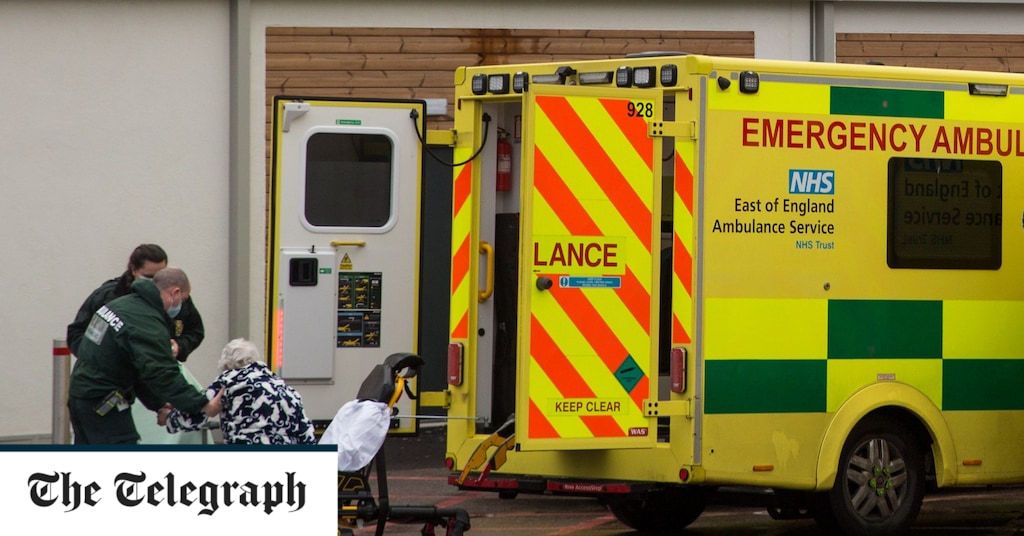 One third of England’s Covid hospital patients not being treated primarily for...

Health chief says ‘a lot' of patients are coming to hospitals with coronavirus, rather than because of it 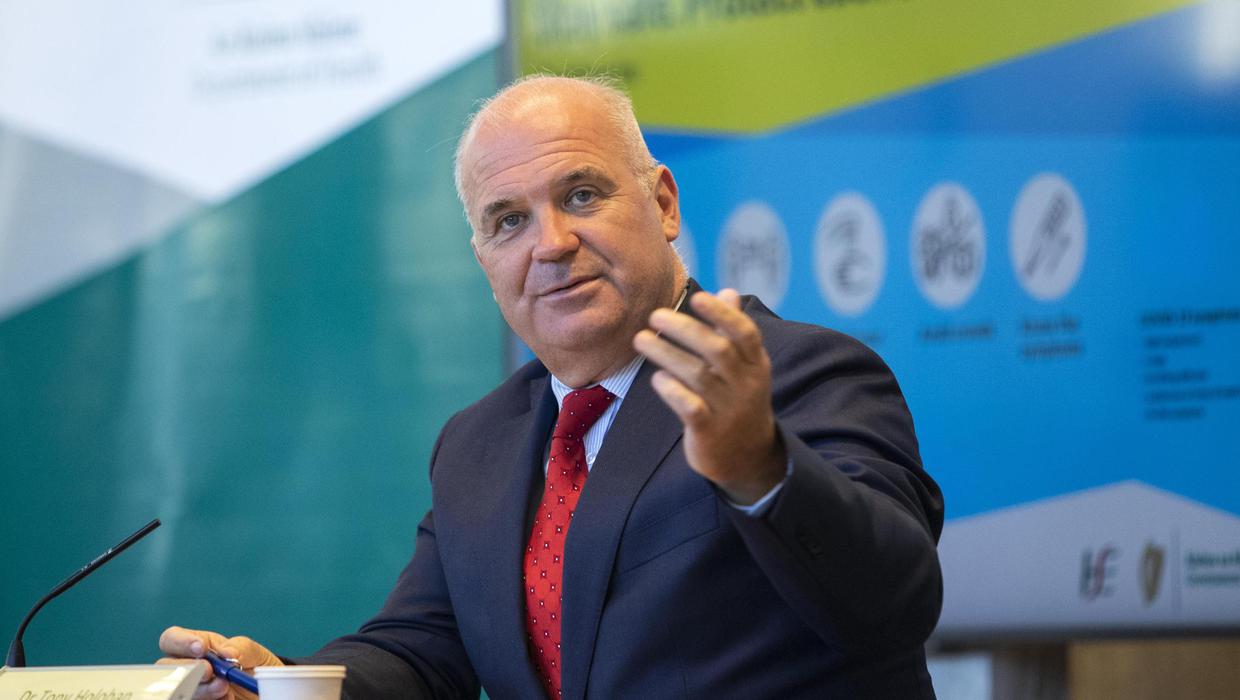 Micheál Martin does not expect Tony Holohan to be called in to inquiry into the...

Taoiseach Mícheál Martin does not expect HSE chief Paul Reid or chief medical officer Tony Holohan to be called as witnesses during a Covid inquiry. He said he wouldn’t like to see people having to “mind their Ps and Qs” or to be “looking over their...

Maybe Mr Martin should do survey and ask all those individuals that had to write the premature death notices of loved ones that were moved industrial style from hospitals to under staffed care homes if they think ps and qs are important and if those involved in the decision making should be called to account. 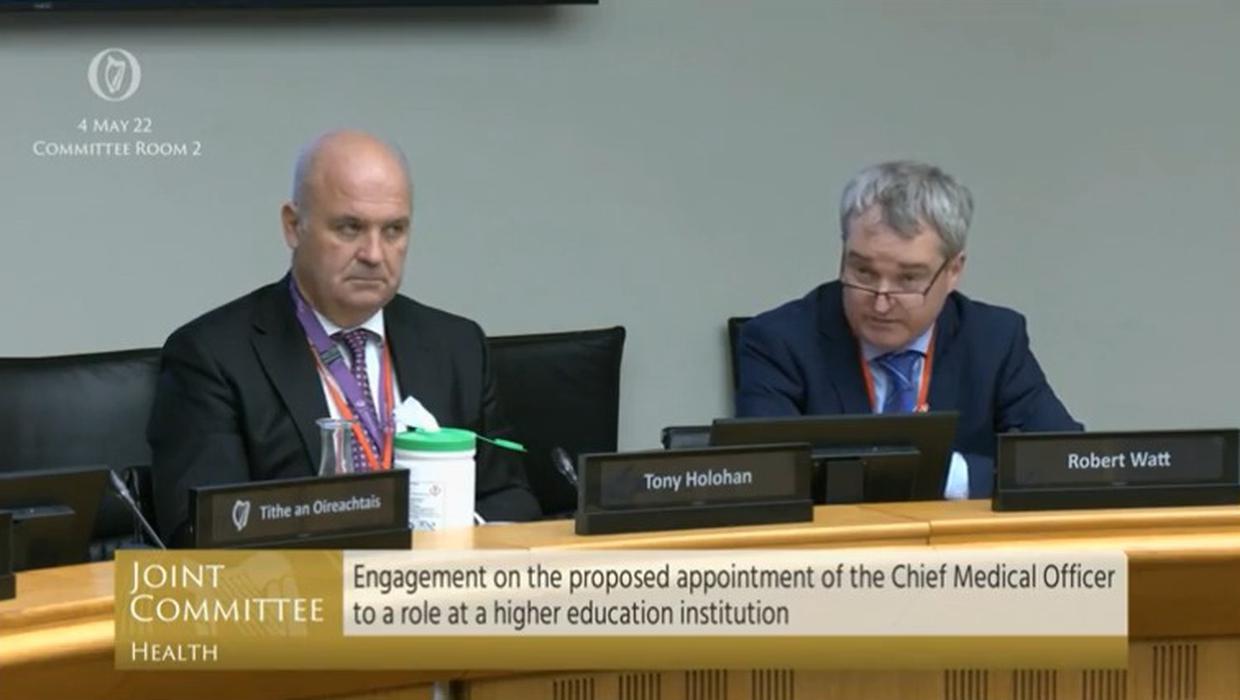 Marc MacSharry walks out of committee after berating Tony Holohan and Robert...

The Deputy Chief Medical Officer Dr Ronan Glynn has resigned, the Department of Health has confirmed.

A LARP of PERPs

gone to EY, and we look down on the brits for corruption…

Dr Glynn qualified as a physiotherapist in 2002 and a medical doctor in 2007.
He completed his laboratory based PhD in surgical oncology in 2012
and achieved a Masters in Public Health in 2015.
In October 2018, he was appointed Deputy Chief Medical Officer at the Department of Health.

I’m surprised he didn’t opt for a few more years in college.

Really. I would have put money on who.

Then again, ey of the spy software tracking makes sense. Prick. And pricks. How they are still around after the Anglo audit… .

Source? EY are obviously up to their oxters in this “thing.”