I rarely visit here any more, since the place seems to have long since degenerated into some mad paranoid conspiracy site, but every so often I drop in and when I do, I’m always struck by something.

There are literally no practical property related posts any more. Does anybody remember the days when we had price trackers, home improvement threads, mortgage advice and queries about neighbourhoods, that kind of thing?

Maybe the powers that be should rename the side to something like “aliens_stole_my_brain.com” before someone in search of property related discussion sue them for disinformation.

I’d like to see the property posts return. I put a WIW up a week or so ago and zero comments. But I am one of those who’s lost his brain.

Apologies. I think I might have dropped in once in the last month and three or four times in the last year, which would be why I missed it.

Ever since I banned all discussion of property it’s been so much easier to moderate the forum.

I dunno why I didn’t do it sooner…

You are Brendan Burgess and I claim my €5!

Always good to see some of the old firm drop in every so often.

Sadly posting rumours and speculation from twitter and bitchute and giving out about MSM is more interesting for the regulars than any property chat.

I would like to see a return of that guy living in Australia that was convinced the market was crashing in 2020 despite all evidence to the contrary! Would be interesting to get his view on the current property market, which remains fcked. All anecdotal discussions I’ve had tally with the published numbers. I noticed new build 4 bed in Trimbleston, Goatstown which a friend looked at last autumn and launched for high 900s is now asking for €1.125! Incredible AP increase.

I think the WIW posts were easier when prices were falling.

In the current market who knows what anything will get 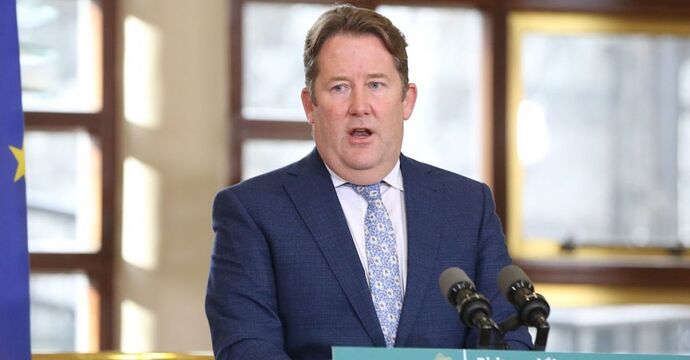 Minister for Housing Darragh O'Brien is looking at changing the Fair Deal scheme to free up as many as 8,000 homes for Ukrainian refugees.

Oh and note, for Ukrainian Refugees Only. Irish need not apply, although i presume they mean old Irish, not like, new.

I’m still posting an asking price analysis on the first of every month. It’s the only time I visit, though.

Explains a lot, where and why, them empties were kept out in the hidden.
After the depopulation is completed the survivors will not worry about the house price index anyway.

After the depopulation levels meet Georgia Guidstones level of 500 mln happy souls there be no mortgages anymore.
House improvement won’t be necessary anymore, the survivors will have to clean the empty chicken cages left behind.
Neighbourhood will be no worry anymore, the self entitled crowd of narcissistic parasites is the first one to go.
The live of remaining humans will be full of enjoyment.
Do your best. Hopefully see you in this new world order. We’re getting there.

That Fair Deal update has been sitting there for a year now and still not gone through.

Currently 80% of your income while in a nursing home will go to pay for Fair Deal.

Update will mean no longer losing 80% - I assume you’ll still pay your marginal rater of income tax on it.

This will incentivise some to rent out that now vacant home. Supposed to handle the homegrown housing crisis, not the Ukrainian one…

But I cannot see this adding much to supply anyway. House is owned by the person in the nursing home and most will refuse to rent it out, and even more I’d have thought, to allow it go to refugees

Never underestimate the greed of the extended families here.

And remember, we are dealing with the same regime that made families sign DNRs at the start of the Convids.

Ireland now has a Celtic Tiger housing market but without even the ridiculousness/craic that went along with the first one to sooth the pain.

How do yis all feel about the census now eh? Tick all the boxes, the right ones?