Putin, Russia and the West

The EU etc. already said they’d support rule from a-far, so you have to assume once they show support, you can assume it is already the case, is he even in Ukraine.

That lad is fighting no war - all the Zoom calls and this lark, the theatrics, make ZERO sense, unless you realise, yes he is a actor, a front man, bought and paid for and only knows accepting his lines and taking direction.

They all appear to be LARPS at this point. Especially New-Ukraine-On-Sea.

March 13th - Another Round of Ukraine Hoaxes Discovered?

Earlier commentary but posting for the moral point and The Menace needing to draw it out point.

Interesting interviews on Ukrainian tactics of wedging themselves in between the civilians housing.

OW. Anything out of the DPR is total bullshit. Been watching hours and hours of it’s on Channel 1 RU the last few weeks. It wall to wall DPR footage. Mainly to watch as they regress more and more to Soviet style propaganda. And just as stupid. Showing the Tochka serial numbers on fragments of the missile that hit Donetz proving that it came from a RU batch not a UA batch. That sort of stuff. They were just as stupid back in the 1970’s and 1980’s.

There is some boring Soviet era movie on Channel 1 at the moment (at least it was Viking Викинг last week) but I’m sure it will be back to the usual same old video loops later on. With the same people showing up over and over again. Being discussed in the same set. 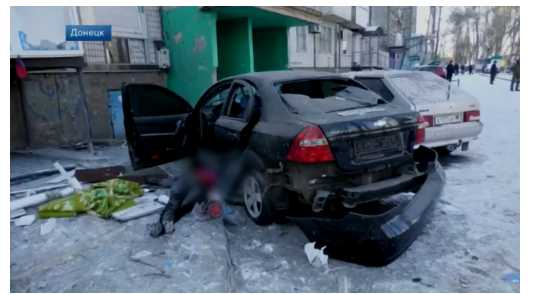 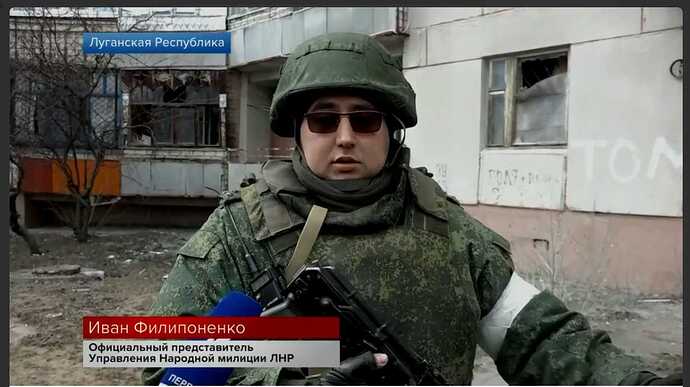 This guy pops up everywhere… 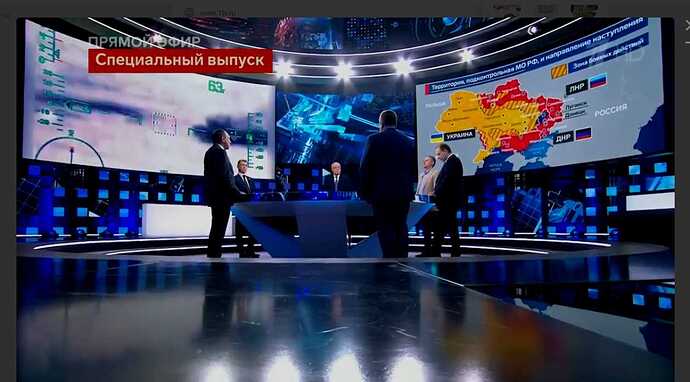 and the map has not changed in two weeks.

I say I say, I said this wasn’t an MSM topic! So it’s split in here now.

I find Pat Lancaster videos for the interviews he gets with people on the ground, compelling, and he’s just one guy (maybe has a small team) bouncing around the place.

BTW has Col. Alexander Vidman taken a spot a crisis actor on Channel one? 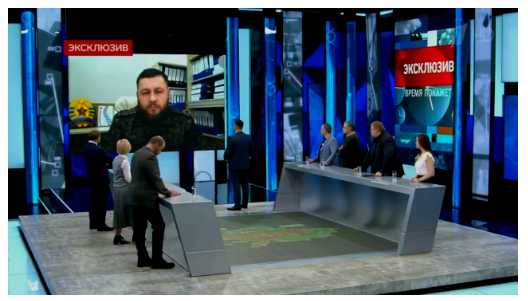 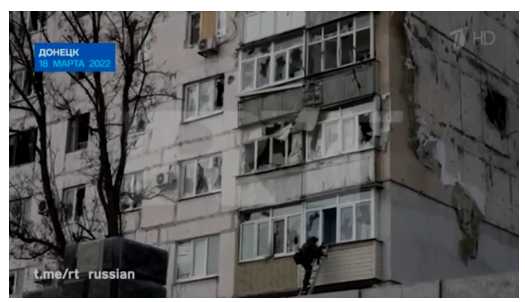 Fewer ad’s now in the ad breaks. These only stopped a few days ago. 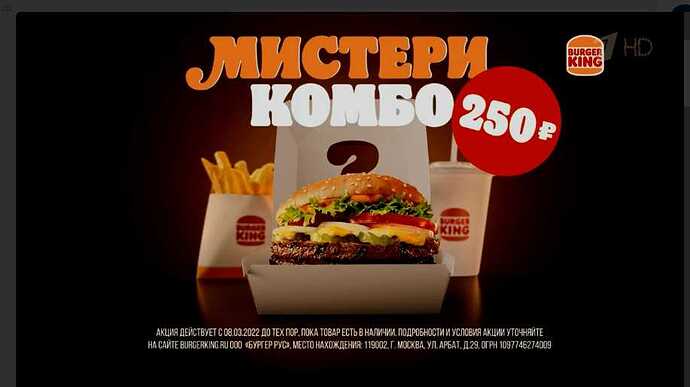 A good deal at the current black maker exchange rate. I wonder what that is in Marlboros and blue jeans…

Checking back in on Patrick and it’s absolute carnage, if you ever wondered what Picasso’s Guernica looked like in real life, here is the live cam.

Did this mass civilian slaughter get any coverage elsewhere?

IMHO, some of Pat Lancaster’s interviews w/ people sheltering in the basements of buildings seemed a bit fishy.

Still, good to get see many POV’s (even some possible propaganda ones) and make up your own mind.

It’s all propoganda on every side.

Propaganda is a very specific thing, it’s a manufactured product.

Not all sources are so, but It’s like panning for gold.

Meanwhile. These lads would have gone down a storm for Paddy’s day and would have felt right at home marching down O’Connell St amid yellow and blue shimmering splendour.

If anyone speaks Ukrainian please feel free to drop a translation on us all.

How you zee the future Z?

“gave my doctors the order - I’ve always been a big humanitarian, I’ve said that as soon as a person is wounded he is not an enemy, but a patient. But now, a very serious order - castrate all the men, because they’re cockroaches, not people.” If real …" 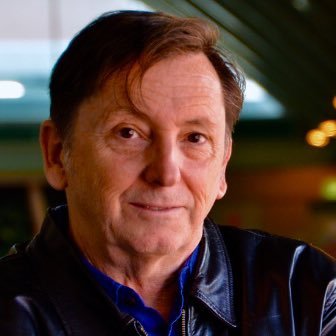 @PeterCronau
ABC visits a school in #Ukraine that has just been turned into a military target. “This school has been made into a massive military warehouse,” says ABC reporter. Ukraine military has allegedly been using schools, hospitals & public buildings. iview.abc.net.au/show/abc-news-…@ABCnews https://t.co/4cjLnjktH7 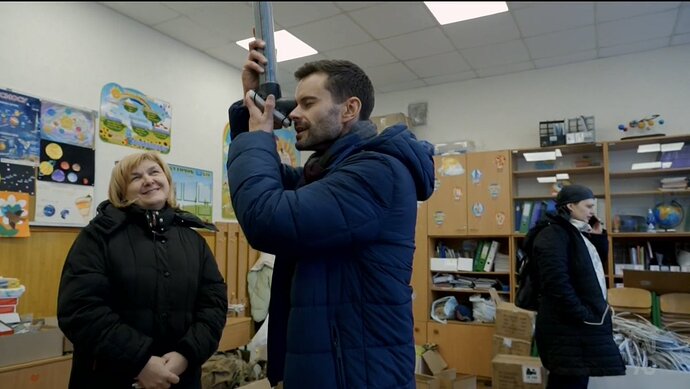 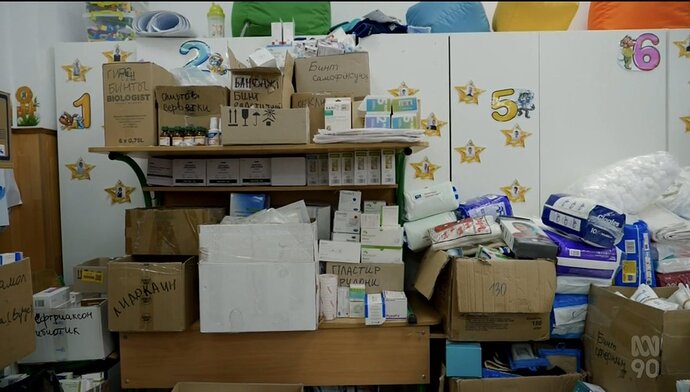 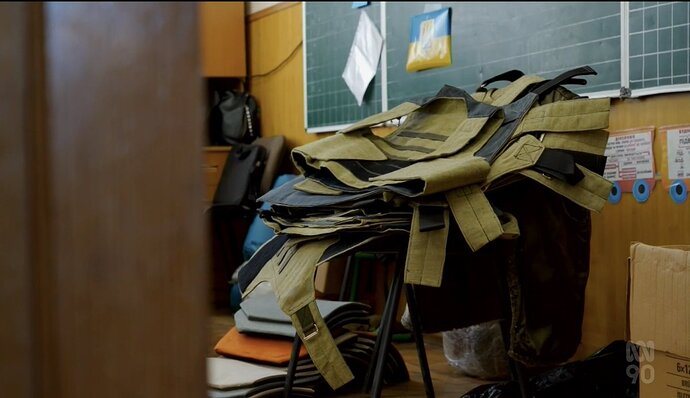 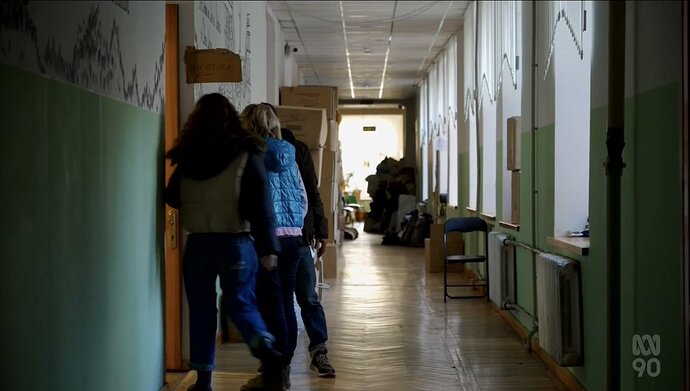 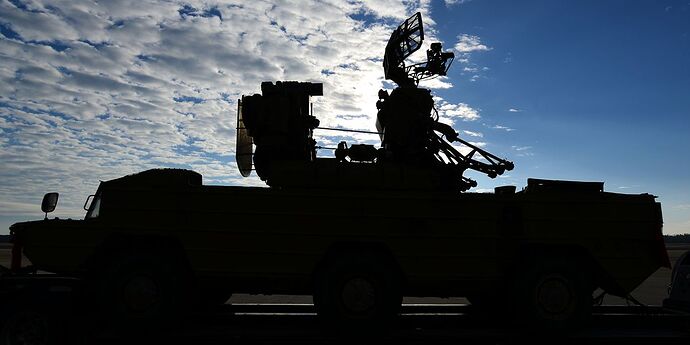 The Pentagon over the years has acquired Soviet equipment as part of a clandestine program, and now such weapons are going to Ukraine.

I laughed at the bit where the Belarus president Lukashenko went behind Putin’s back and sold some of their air defense systems to the US who wished to procure some for further study. Ironic that the same weapons systems are now going to be put back into use against Russia.

Ironic that the same weapons systems are now going to be put back into use against Russia.

I have to assume that if anyone knows how to deal with a Soviet era air defense system its the Russians, and as soon as they turn on the radar section, the Russians will just destroy the Radar with a cruise missile/hypersonic missile, the weapons that have been most effective have been the stingers and anti tank rockets, but at some point the Ukrainians will run out and its difficult to resupply Kiev and Mariupol where the bulk of the Ukrainians are surrounded

I won’t believe it until it’s on CNN.

IMHO, some of Pat Lancaster’s interviews w/ people sheltering in the basements of buildings seemed a bit fishy.

Still, good to get see many POV’s (even some possible propaganda ones) and make up your own mind.

Ya some think he’s Russian aligned. I think he even indicated as such in reply to someone in a basement.

The Ukrainians reported yesterday that 14,700 Russians have been killed in the war so far. 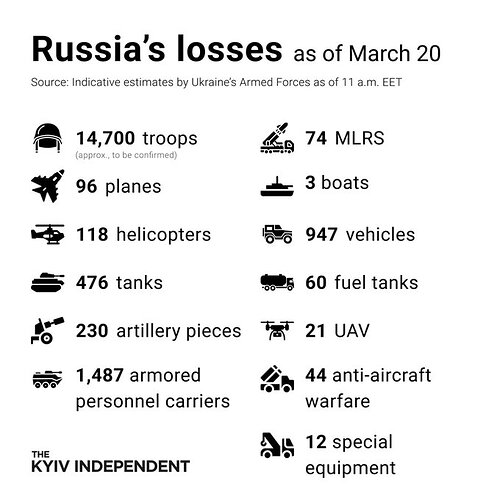 680×680 52.2 KB
A pro-Kremlin source contradicted this number in an now removed article to say that only 10,000 men have actually been killed. Either number is appalling and surely an unsustainable number of casualties for Russia to continue to endure. 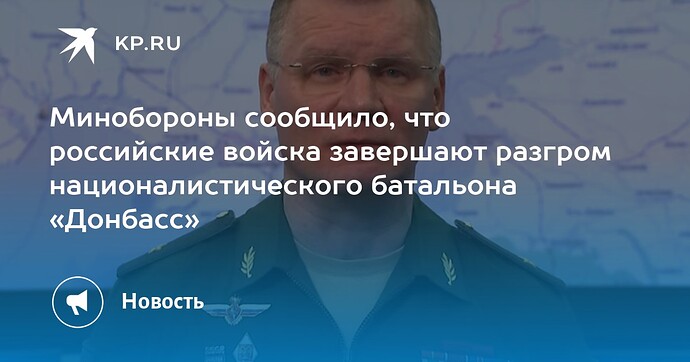 Google translation from the original source.

It took 9 years to achieve 14k casualties in Afghanistan or 30 bodies a week on average, in Ukraine it’s 3300 a week. 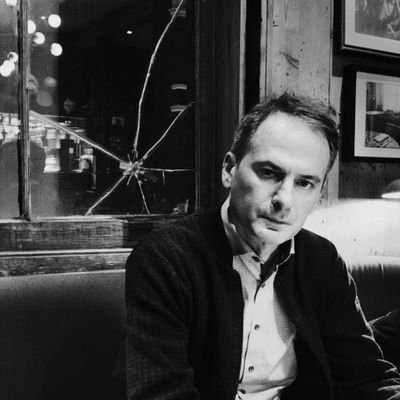 @christogrozev
I couldn't believe this was not a faked screenshot, but indeed, it's not. twitter.com/yarotrof/statu…

Komsomolskaya Pravda, the pro-Kremlin tabloid, says that according to Russian ministry of defense numbers, 9,861 Russian soldiers died in Ukraine and 16,153 were injured. The last official Russian KIA figure, on March 2, was 498. Fascinating that someone posted the leaked number. https://t.co/LHrBWIQ49z 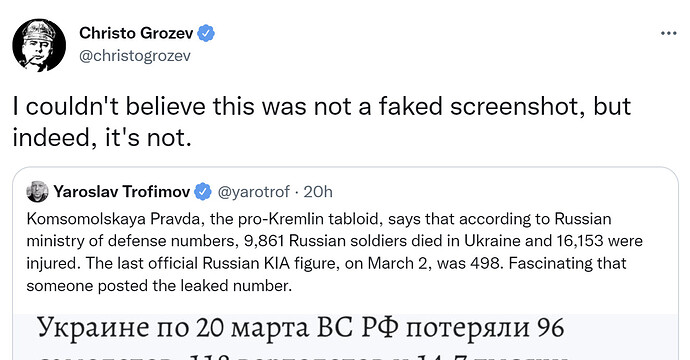 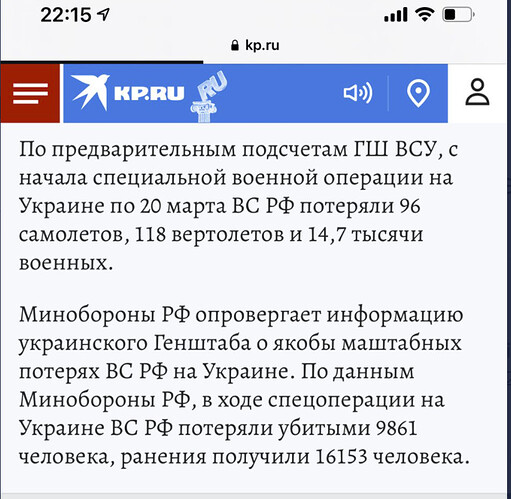