The Potatoes are gone.
I know, import more carb consumers!
The demand will spike the market, there will be a surge.
The surge will save us all in this together.
The science is in. Trust me.
The Potatoes were always at WAR with us.
The Potatoe is now a Consumer.
They are fleeing our WAR.
The Baby Consumers could be Potatoes.
The Potatoes have a right to Consumer Babies.
A cluster of consumers is not a Potatoe.
Potatoes Lives Matter.
“Carbs” is a far right conspiracy.
Proclaiming undying “hunger” is Hate Speech.

It’s almost 15,000 residential properties on AirBnb Vs around 1K on daft.

It looks like the market simply moved sideways, out of one sector into another, since the peak of supply back around 2011 (iirc) was about 13,000 residential properties for daft.

Daftwatch Rentals graph is still climbing at breakneck speed. With the students disappearing this month and a glance at the same period last year I think it’ll make 13000 by **the day after **

the June bank holiday, before tapering off for the summer… Odds by PaddyProximo: May 27 - 3/1 June 3 - 1/1 June 10 - 1/5 Only a matter of time before the proverbial arse falls out of the rental market - BTLers will feel this where it really hurts. I’m still amazed the rental scene isn’t get…

If you choose all ireland and no specific criteria on the mobile website, then you get 2884 ads.

I have no idea right now, how that figure of 8,523 properties is derived.

Imagine, we have record breaking rents at a time of record low supply.

Who could have foreseen this problem?

Sure, I guess we are where we are.

Demand or Government interventions obviously have nothing to do with reality.

Further info and as of posting - Dublin (City) daft stats:

While it seem apparent but there is a chance I’m missing something here, but right now it there appears to be nearly twice as many Holiday Home listings as there are Residential Rentals for all of Ireland on Daft, 5498 to be exact.

Finally, Commercial listings total for all of Ireland on daft.ie is 12,875.

How Daft figures stack up today:

Dublin accounts for 50% of the available Residential Rental Housing supply.

391 gaffs to rent in the country, here is the breakdown by beds (daft.ie):

Irish rentals, in supply terms nearly as bad as LUNA coin, with a estimated 93% collapse in supply since 2008.

Gazing at current impasse, the entire AirBnB block of approx 15K residential units, looks like a nice tidy and profitable way to Landbank the pre-existing residential rental stock, for a a future and maybe imminent smash and grab by the Regime.

It has SFA to do with LL’s tbh, except:

Of all the Loring the Land Politics - how many are AirBnB’ing it?

80% sometimes higher, sometimes lower, but assume 80% of HAP payments are for those relatively freshly off the boat, and that is putting it mildly, hardly scratching the surface of the beast that is HAP.

Rest Of World housing is being subsidised by HAP on Irish soil.

I’ve mentioned it before but the Irish are footing the bill for their own replacements, this is one of the insidious mechanisms used to achieve the Menace population replacement agenda as part of the 2040 plan.

Not sure if I mentioned this before but some time ago I had business in a Council office. A black lady approached me and asked me when the HAP office was. She was towing luggage with a fresh Aer Lingus tag.

People receiving social welfare payments will be able to earn rent of up to €14,000 a year without their means-tested allowances being impacted, under changes set to be announced today.

So anyone who got a free social house by not working and currently still not working, can now also get 14K tax free a year from tenants? FFS

I’ve given up on trying to understand this new capitalist system, new economics, etc. It’s so fcuked up.

Pleading poverty is the only feasible way of finding accommodation at the moment except for those with the highest incomes or most wealth. What could further empower the state more than that the granting of a state funded house will also furnish an income? Bestowing favour on the anointed and pushing more and more cost onto the benighted future generations.

Imagine someone living alone on the state pension (non contributory).
Up to now, any income from renting a room would be deducted from the pension.
I guess it’s an attempt to get their spare rooms.

Also, widows/widowers,
Someone on the dole or the sick who was left a house from their parent or grandparent.

As for someone on the HAPs, I’d expect the landlord has the right to refuse subletting rooms.

To me, it seems that we’re rolling back to the start of the 20th century with respect to property ownership, only the already wealthy actually owned their own houses, everyone else either rented or were provided with a house as part of their employment.

But with the one critical difference and that many are simply given a place to live by the state, without any return (employment or otherwise) from the tenant.

What could possibly go wrong. 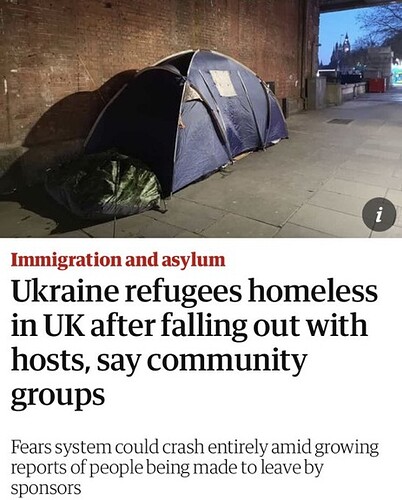 Those of us who work and pay tax will now have the option of renting rooms off people who’ve been provided with housing paid for with our tax money.

100% true and pretty bleak. It’s like your competing against your own tax money.

Bunking Down In A Dublin Hostel Is Now More Pricey Than A Luxury Sun Getaway (extra.ie)

A two-week stay at a hostel in the capital this summer will hit holidaymakers’ pockets harder than spending a fortnight at a luxury all-inclusive resort in the sun, research by Extra.ie has found.

A comparison between staying in Dublin or jetting away to the Caribbean, Italy, or the Algarve in June showed that it is actually cheaper to fly away for a five-star holiday.