“Goodbody estimates that an average of 9 per cent of mortgages across AIB and Bank of Ireland]will be categories as impaired by the end of next year, including loans that were already in trouble before the coronavirus crisis. Almost 14 per cent of SME loans will likely be in the same category, it said.”

“The European Banking Authority (EBA) said on Monday that a blanket offering of loan payment breaks by EU lenders since March should be phased out on schedule at the end of this month, and banks should return to offering relief on a “case-by-case” basis.”

I’m actually looking forward to reading your analysis. I’m assuming the arrears report won’t include the people on the Covid repayment breaks?

"Tens of thousands of people on mortgage payment breaks will find themselves having to meet repayments or be declared in default from next week.

A rolled-over three-month moratorium ends on Wednesday, leaving borrowers at the mercy of the banks – unless Finance Minister Paschal Donohoe insists on an extended holiday.

Mr Donohoe meets the banks on Monday, amid signs he will insist on the extension, which also makes sense for the balance sheet of domestic banks."

Thousands in arrears for more than a decade, Central Bank reveals

Thousands of mortgage holders have been in arrears for a decade or more.

New figures show that just over 4,700 mortgage accounts were more than 10 years in arrears in June.

And close to 12,000 residential mortgage accounts were between five and 10 years behind on their payments, according to the Central Bank.

Close to 9,600 accounts were overdue by between two and five years, a new breakdown of the length of time those behind on their payments shows…

…Commenting on the figures, David Hall of the Irish Mortgage Holders Organisation said those in long-term arrears were in huge difficulties.

“Will they all get a free house? I don’t think so. There is big trouble ahead for these households. It is critical those affected get proper advice to explore all options,” he said. 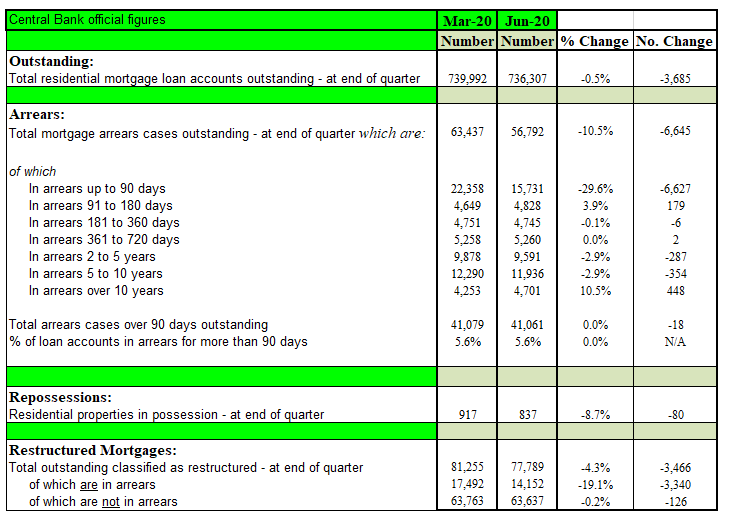 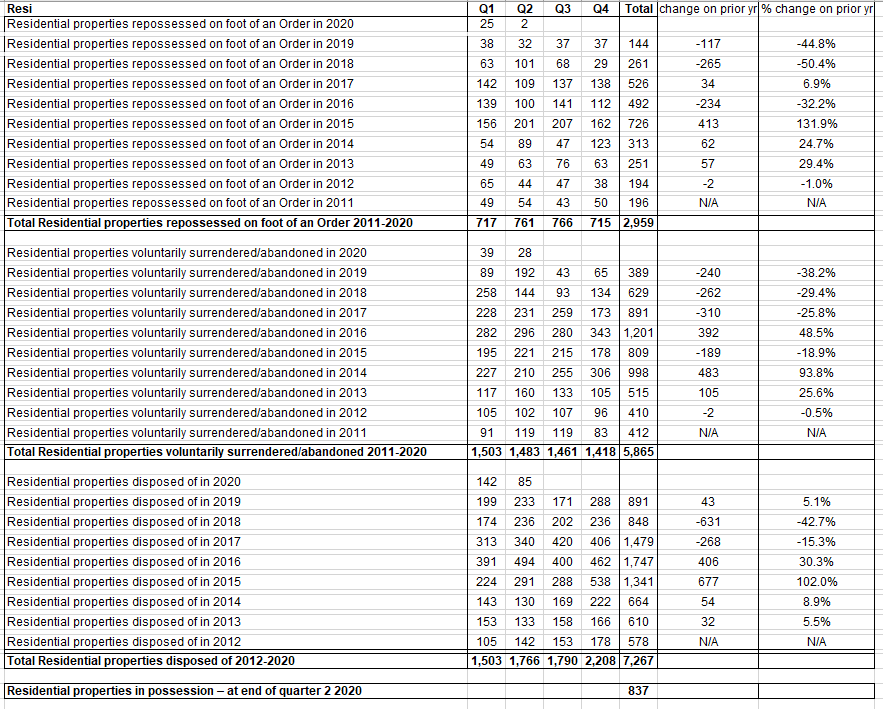 Crazy numbers. 10+ years must be a first for any country in the world. Anyone else would have reposessed that property by then!

Expect the 10 year figure to jump dramatically in the second half of next year - there was a big spike in defaults after the Dunne ruling in July 2011. 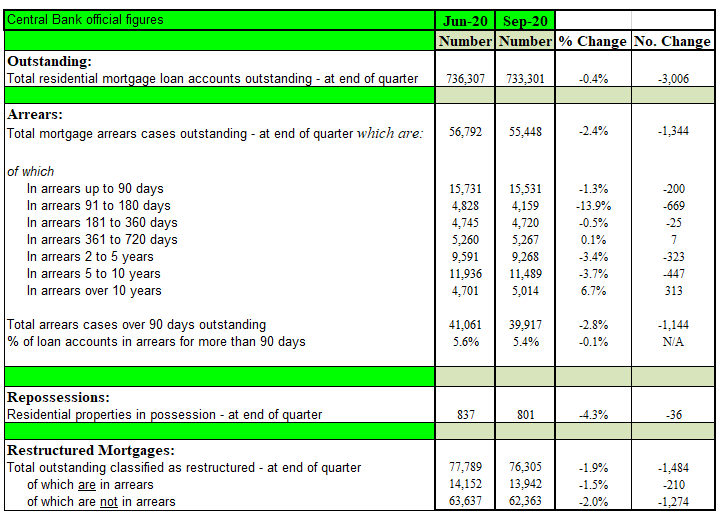 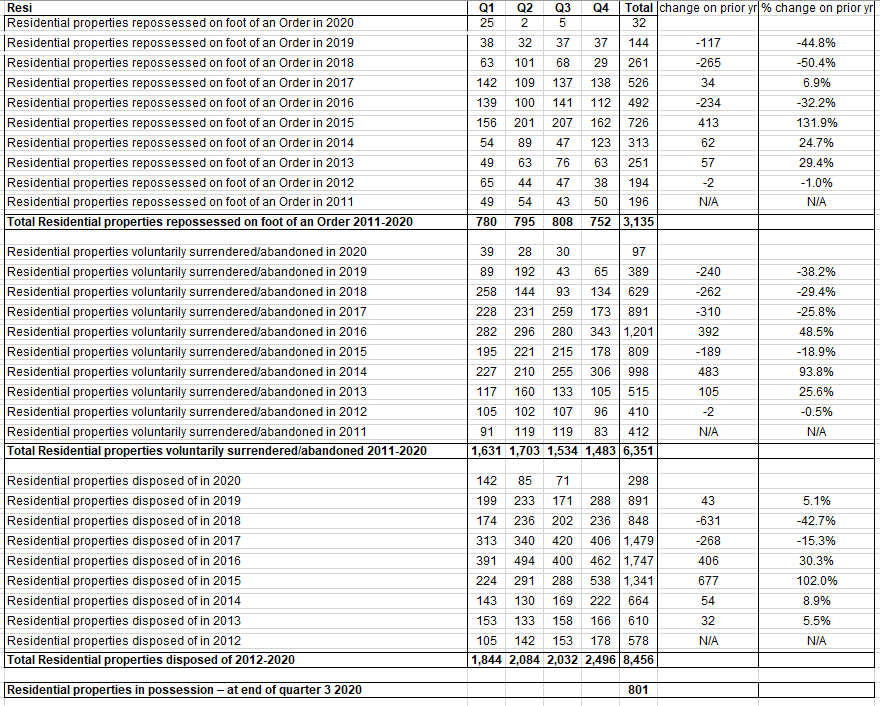 Edit: The 2020 repos are on course to break the 2019 record for lowest ever total. What happened to the so called Tsunami? We can’t even repossess cases 10 years old it seems…

If we just sorted these out, that is almost 1 year of our current supply of new builds into the market
(link to new builds data here) 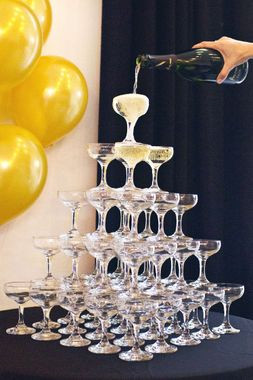 I’m sure the dignity-injection-program going full tilt will soon release stock of good sized family homes in highly sought after leafy suburbs with no arrears to speak of, ready to be snapped up by county councils and local authorities to reduce their waiting list and house those larger non-irish families, it’s very exciting period ahead for some… 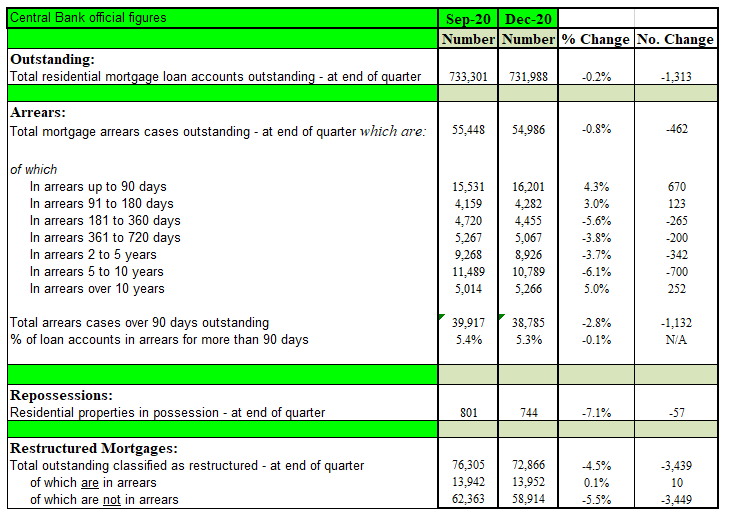 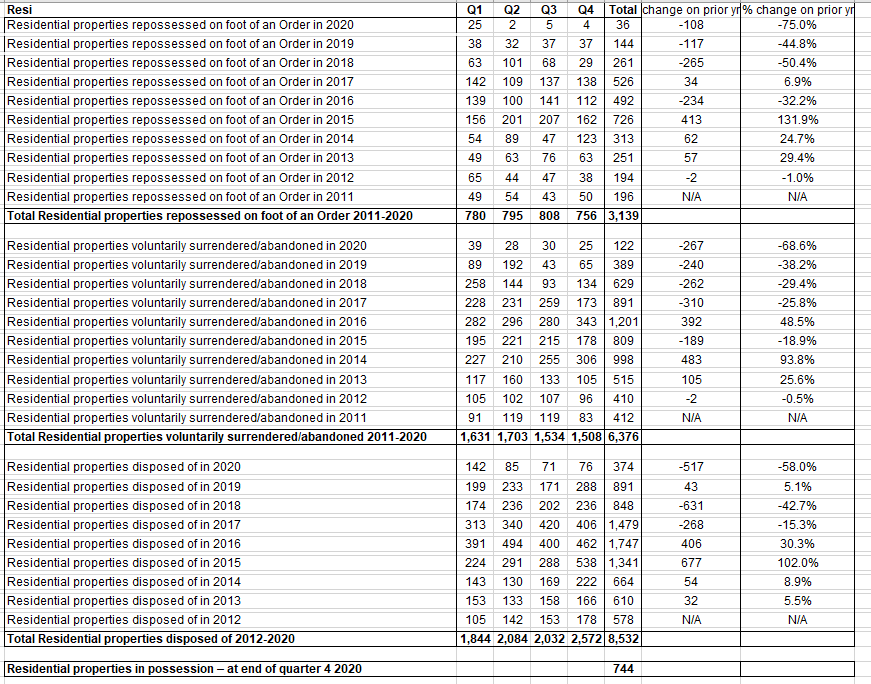 The tsunami of repos continues I see… 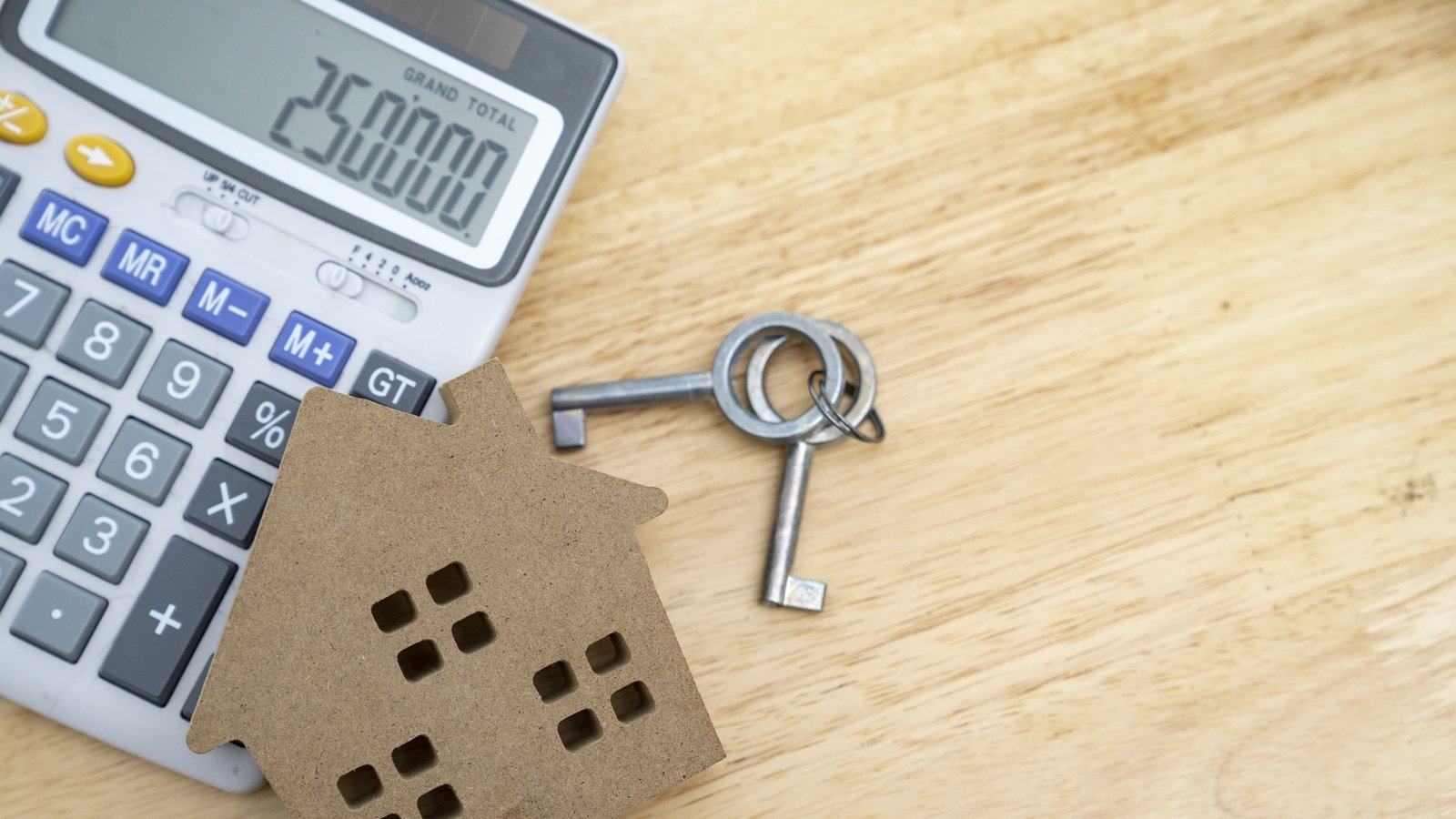 Ireland continues to have the joint highest mortgage interest rates across the euro area in March, new figures from the Central Bank show.

The Central Bank has said more action is needed from mortgage lenders to deal with long term mortgage arrears.

Almost 29,500 mortgages in arrears for over a year

Another report from the Central Bank finds that 29,429 mortgage accounts have been in arrears for over a year.

The bank describes these accounts as a “legacy of the pre-Covid era”. Most of the arrears began during the financial crisis.

The Central Bank estimates these mortgages represent about 25,000 households as some people have more than one mortgage.

About half of these mortgages are classed as “non-cooperating”.

The Central Bank carried out an analysis of a sample of over 8,000 of these mortgage accounts. It found the average age of the mortgage holder was 48 and the average amount outstanding was just over €153,000.

Half of long-term mortgage arrears borrowers owe more than 43% of their monthly income on debt repayments, with the average owing 61%. Approximately a third are unemployed.

The Central Bank’s report finds that just over half of those in long-term mortgage arrears have no “adjustment capacity available whatsoever” to pay something on their loans. But it also finds that 37% do have the capacity to make full repayment of their loans.

Based on a sample of borrowers in long-term arrears who have engaged with lenders, the report finds that 57% have sufficient income to clear over 50% of their loans. 25% could clear between 0-50% of their balances and 18% do not have the income to make any repayments.

The majority of long-term arrears borrowers are between 40 and 60. Around 12% are over 60, while couples with children make up 58%.

Here are the 4 CB reports

13/07/2021 No.6 The economics of mortgage debt relief during a pandemic (Gaffney, McCann and Stroebel)

How many strategic defaulters have done an Immobile on it now that prices have increased?
I can’t pay, I can’t pay…oh hang on.
https://www.youtube.com/watch?v=nM0DCllIqoE