Why was ‘the panellist’ not named by the IT?
What kind of rag is editor Paul O’Neill now running?

The more you dig in here, the more disturbing it gets. There’s extremely high neuroticism here. A Self-help guru with a history of Self-harm. And the high extraversion nature to publicize it. It’s astonishing (but not really given her temperament) that she gives advice. She should not be giving advice or making any decisions - other than latte or cappuccino

Roe McDermott: ‘We didn’t work out, but I wasn’t left with scars. For me, that...

By getting away from it all, one slowly comes to realise how much home is missed

I had thought I might fall for him the first time we had sex – or, more specifically, the first time he saw my naked torso.I have a scar across my stomach, a sepia-toned spread like a Friesian of bruises, or a smudgeness of fingerprints, or a blooming of internal bleeding.
It’s just a burn, a heatmark, a relic of a time when I held on too long to things that scalded me. When I thought concepts such as “love” and “home” needed to brand you to be real; that to be take root, emotions had to leave a permanent mark.
We didn’t work out, but I wasn’t left with scars from our relationship. For me, that was a revelation.
The first man I said “I love you” to stole my sense of home from me. A man I met in Dublin, he quickly saw the cracks in my self-esteem and took it upon himself to abuse me, to reduce me to shatters and splinters over the course of two years.

Ask Roe: My mother was narcissistic. My girlfriend doesn’t respect my boundaries, either

While narcissistic emotional abuse is deliberate, sadistic and cruel, having borderline personality disorder is not a choice or an action, but a mental-health condition. Borderline personality disorder can cause people to experience heightened emotions, so people with BPD can feel deeply hurt over minor incidents or perceived slights, and can lash out in emotion and anger.
While again, BPD is not a choice and people who suffer from it deserve support and treatment, if your mother’s experience of it was combined with narcissistic tendencies, it would have undoubtedly created a very unstable emotional experience for you growing up, where everything you did was over-analysed and criticised; where you constantly felt unsafe as you waited for an emotional outburst to be directed at you; where your feelings and boundaries were never prioritised.

Also - sexual assault claimed in history. No mention of police 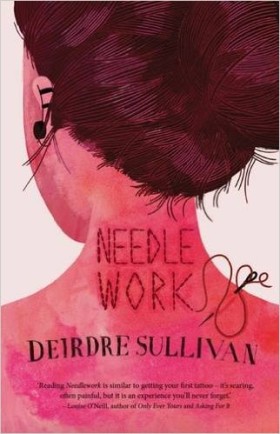 Deirdre Sullivan is a writer from Galway now living in Dublin who has established a reputation for herself as a leading Irish YA author following her trilogy on the teenage years of Primrose Leary,…

What prompted you to get your first tattoo?
I was 19 and I had dropped out of college for a year; I was emotionally recovering from being sexually assaulted by another student and had spent two years feeling very defined and constrained by that experience, by having to see him everyday, by how trauma and literal geography were trapping me.

The politest thing to say is that this lady comes with serious baggage for anyone who may ever contemplate having a relationship with her.
You would have to wonder what sort of domestic environment she grew up in given other events that may be unfolding. She comes across as highly traumatised.