I have already decided to get rid of my TV when my licence is up for renewal.I cannot bear to pay the wages of these people anymore.

Yeah I did the same a couple of years ago for similar reasons. Great feeling when the License guy comes along. Used to come around about once every six months like some latter-day Inspector Clouseau

I don’t really watch much telly, but there are some good things that I will miss, however they are almost never on RTE. Did you miss it much?

I don’t really watch much telly, but there are some good things that I will miss, however they are almost never on RTE. Did you miss it much?

There is very little nowadays that you can’t watch online, either through downloads or streaming. Personally I prefer the experience of watching a tv than a computer screen, but you could always use a projector if that bothers you.

Can you unsubscribe to RTE, but continue with other channels and not be liable for the RTE licence fee? I’m sure you can’t but just asking.

Yeah I did the same a couple of years ago for similar reasons. Great feeling when the License guy comes along. Used to come around about once every six months like some latter-day Inspector Clouseau

Charmschooldropout, does the inspector actually demand access to your home to check that you don’t have a TV?

Can you unsubscribe to RTE, but continue with other channels and not be liable for the RTE licence fee? I’m sure you can’t but just asking.

Lir, you actually pay a TV license for ownership of the TV, so if you have a TV, whether it is tuned in or not or you’re simply using it for console gaming, you still have to pay a TV license.

oh right. Well in that case, the licence fee should go on TV size, like car VRT …

oh right. Well in that case, the licence fee should go on TV size, like car VRT …

Ssssh be quite, didn’t you know that many politicians read these forums, so we don’t want to giving them any ideas on increasing our taxes

BTW, did you also know that if your PC has a TV tuner card you would still have to pay for a TV license.

No, didn’t know that either, that really sucks. But somehow, can’t imagine the TV inspector examining all your PC/laptops to see if you have a turner card or not. They surely don’t have the technology to trace their signals back to your your IP or something…?

VIEWERS face the prospect of paying more for their TV licence to help offset potential losses of €68 million at RTE.

The broadcasting authority also wants a crackdown on the estimated 14% of households who do not pay the licence fee, describing the percentage of defaulters as “high by international standards”.

RTE has urged the Government to allow it increase the licence fee from €160, which would be the first increase in three years.

The semi-state company said it needs more income to offset a major downturn in its advertising revenue, which has been sparked by the economic crisis.

However, while RTE published its annual report yesterday, the broadcaster decided to withhold releasing details of the salaries of the station’s top earners until later this summer.

Why should I pay for these fat cats, with their useless programs and bland presenters. Privatise it and be done with it.
irishexaminer.com/home/rte-p … 95637.html

This says it all really.

MORE people now watch silly television shows like Britain’s Worst (or Fattest) Parents, Bromance or Are You Smarter Than A 10-Year-Old? than RTE’s flagship station RTE 1 for the first time ever… blah blah blah 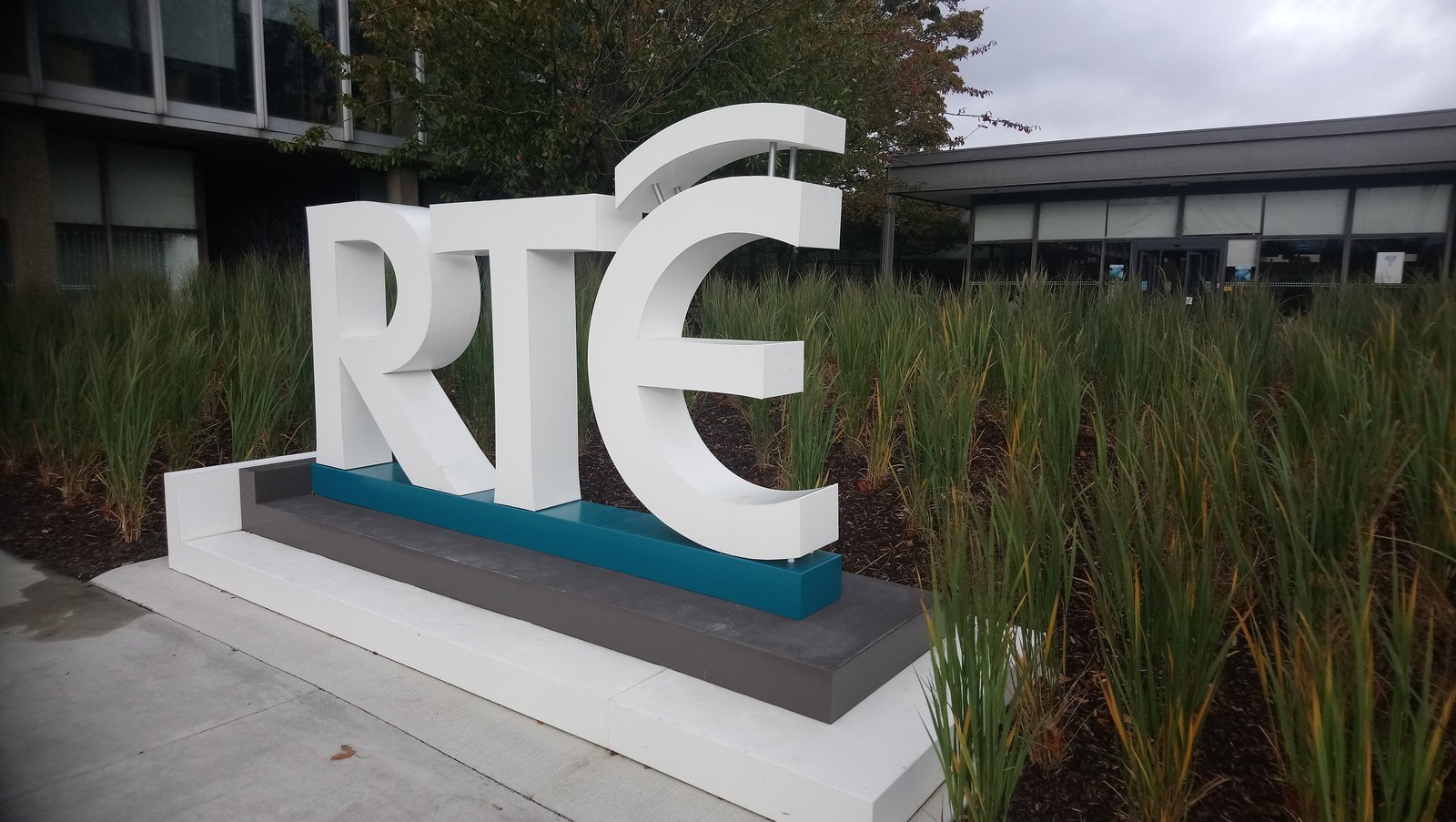 RTÉ reported a net deficit of €13 million in 2018, according to its annual report.

Do these figures include the wages of ‘the talent’?

Do these figures include the wages of ‘the talent’?

I’m thinking No because they are not employees

Nor would it include the cameraman written about earlier in this thread who took redundancy and continued working for years as a contractor - how many of these examples exist?

Ray Darcy door stepped at the Ploughing championship about recent comments he made about being ashamed to be Irish because African unemployment levels here run at up to 50/60% in some areas, and of course quizzed about his substantial salary as an RTE ‘star’
https://twitter.com/dlifebroadcasts/status/1174069554101850119

Ray makes an exit stage left, or out the back of the RTE guide stand anyway. Could watch this kind of programming every once in a while, not do them one bit of harm.

Embarrassed to be Irish but not embarrassed about his salary! If there was any sanity in RTE world, he would still be presenting the Den. Which was just about his level.

Embarrassed to be Irish but not embarrassed about his salary! If there was any sanity in RTE world, he would still be presenting the Den. Which was just about his level.

‘‘The people who pay my enormous salary embarrass me’’

I see Sean O’Rourke is retiring next week. One of the few quality broadcasters RTE had left IMO

RTE broadcaster Joe Duffy has opened up about losing his pension for the second time in 10 years as a result of international crises.

The Liveline host stated that he does not have a pension from RTE as he is a contractor, and added that he has ‘no safety net’.

Speaking to the Sunday Independent, Mr Duffy revealed that he is not ‘on staff’ at RTE, and will not therefore be obliged to retire when he turns 65 in January, but added that the broadcaster can let him go at anytime.

The Ballyfermot man spoke about his frugal nature and the losses he has experienced as a result of the pandemic, stating: ‘Any spare money goes into the pensions in our household. I don’t have a pension from RTE, I don’t have sick pay and I don’t have a safety net — and the pension is gone again.

‘It disappeared 10 years ago with the crash and now with COVID-19. It was invariably invested in stocks and shares.’

Joe is quick to claim the poor mouth. He is paid 400 grand a year and his radio show is 75 minutes long, with regular sabbaticals.
Stock markets have only fallen so far in recent months, but he knows there are enough out there who will never check 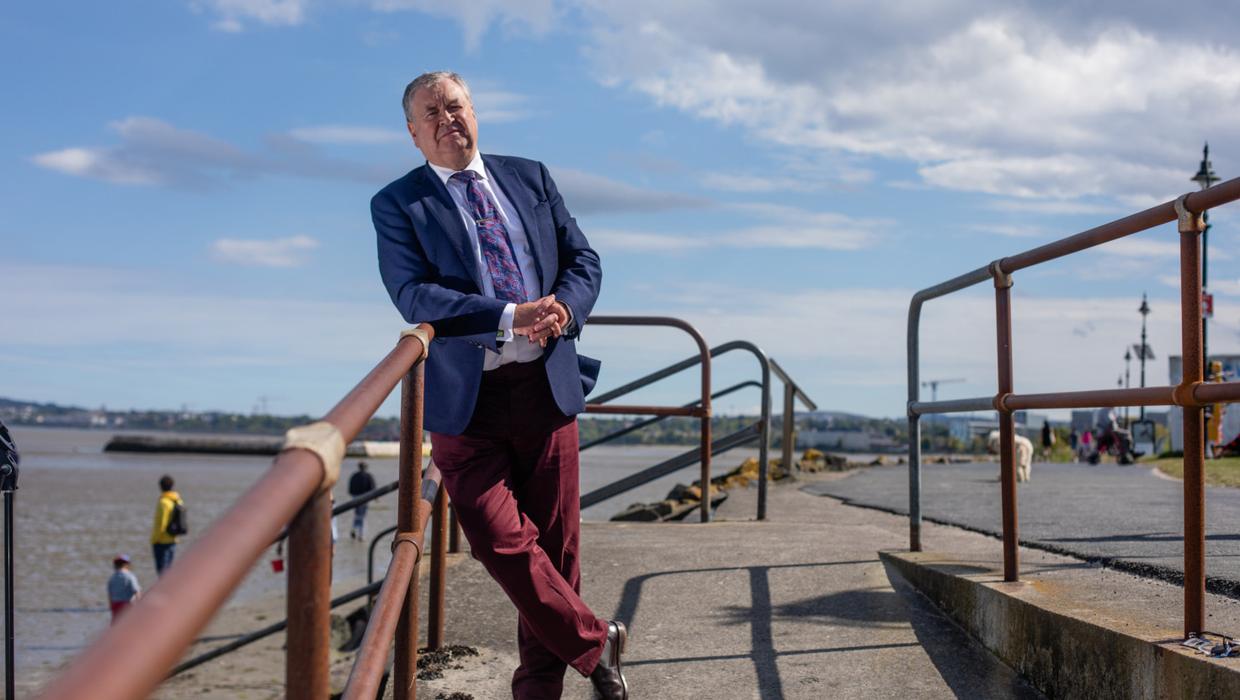 Joe Duffy gets candid on losing his pension, coronavirus and a reckoning

The first time Joe Duffy was ever conscious of his Dublin accent, he was speaking at Trinity College when a boy started goading him from the audience. One of only three people at the time to make it from Ballyfermot to its hallowed halls, he lived on...

To keep his own head level, he has started to meditate. “I am doing it every night. At 8pm there is an organisation called mindfulness.ie and I sit down on my own and try to get everything out of my head. You are not identified and you don’t have to show your face or speak and it is led by someone for a half an hour of silence and contemplation. I find it uplifting in my work anyway just to sit there and focus on you and what you are doing and how you are thinking.”

Poor “Joe”, I can imagine him at the end of the day trying to get all the callers voices out of his head.