Katie Hannon squeezed this into the final minute and 50 seconds of her show yesterday. Just enough time to get the RTE non-apology “to those offended by the segment” and a quick comment from Roisin Shortall T.D. who said she favours free speech, but no jokes about rape.
https://www.rte.ie/radio1/saturday/programmes/2021/0102/1187352-saturday-with-katie-hannon-saturday-2-january-2021/?clipid=103568060#103568060
This will end up with the BAI which will give RTE its customary slap on the wrist with a wet noodle. How much money did the BAI finally collect from RTE over the Fr. Kevin Reynolds libel, after it announced a 250K fine in 2012? I can’t see that quarter of a million in their annual accounts. How quickly media interest faded in what RTE itself called “its greatest editorial failure”. 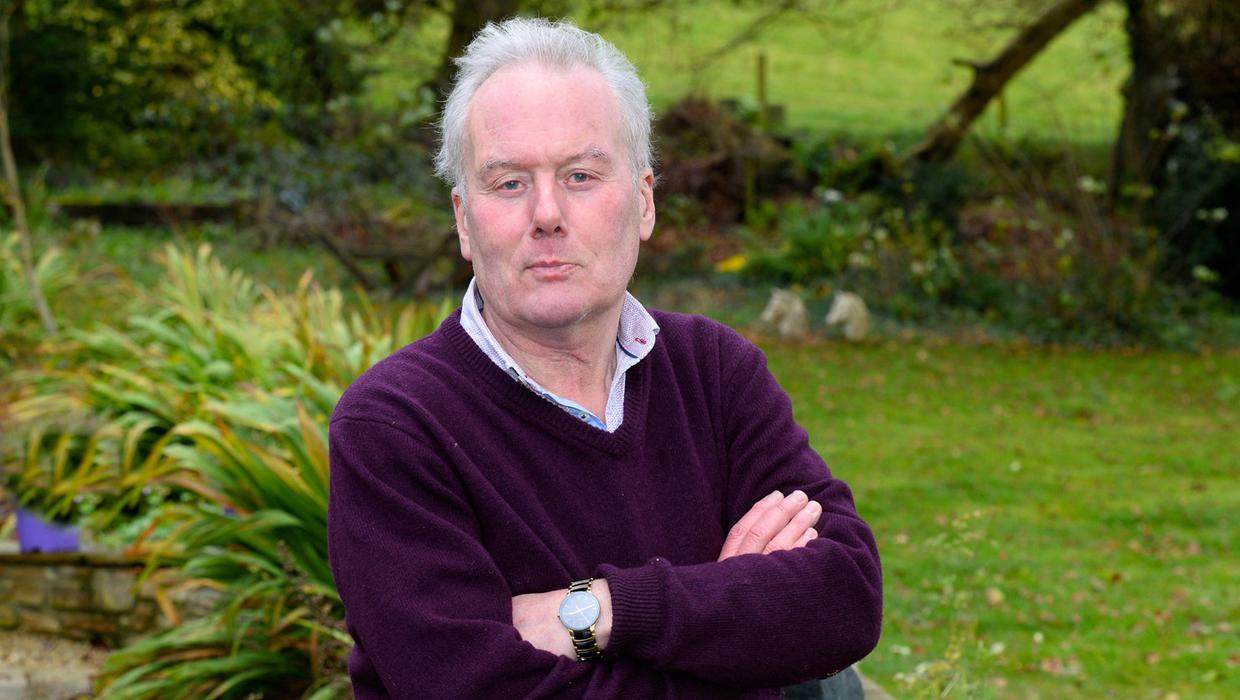 RTE is facing up to €250,000 in settlement and legal costs for the defamation of Kevin Myers. 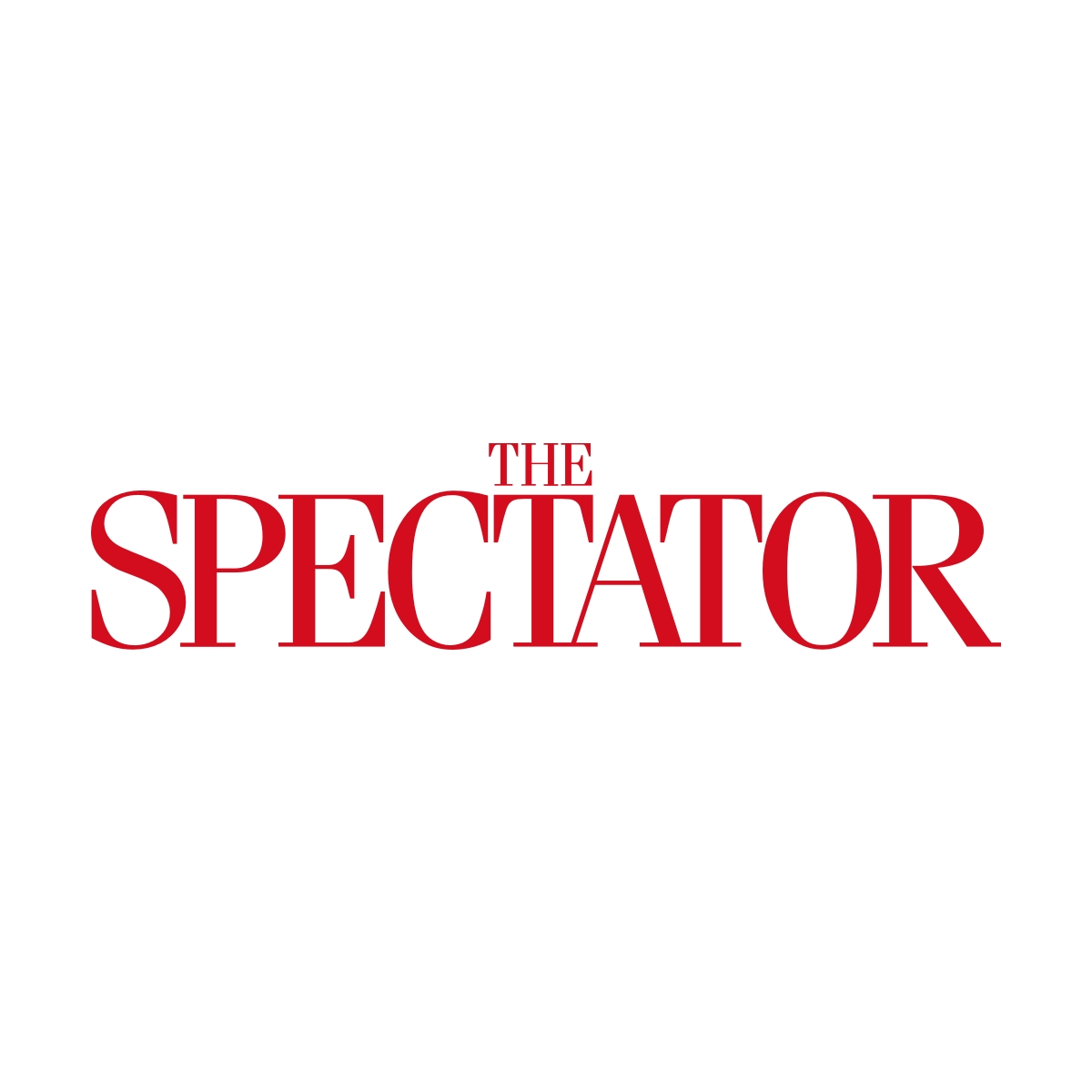 The persecution (and vindication) of Kevin Myers is a parable of our times | The...

It seems seasonably suitable to celebrate good news. Unfortunately, as in most serviceable stories, for something good to happen, something bad had to happen first. Though we’ve only been in sporadic touch since, I met Kevin Myers three decades ago...

AENGUS Mac Grianna has issued a grovelling apology for his role in a “blasphemous” RTE New Year’s Eve sketch. The state broadcaster received almost 5,000 complaints for the Waterford Whispers clip,…

Still no apology from RTE. Defiant evil Trotskyites to the last.

Is Aengus MacGrianna getting complained about on Joe Duffy or something ? 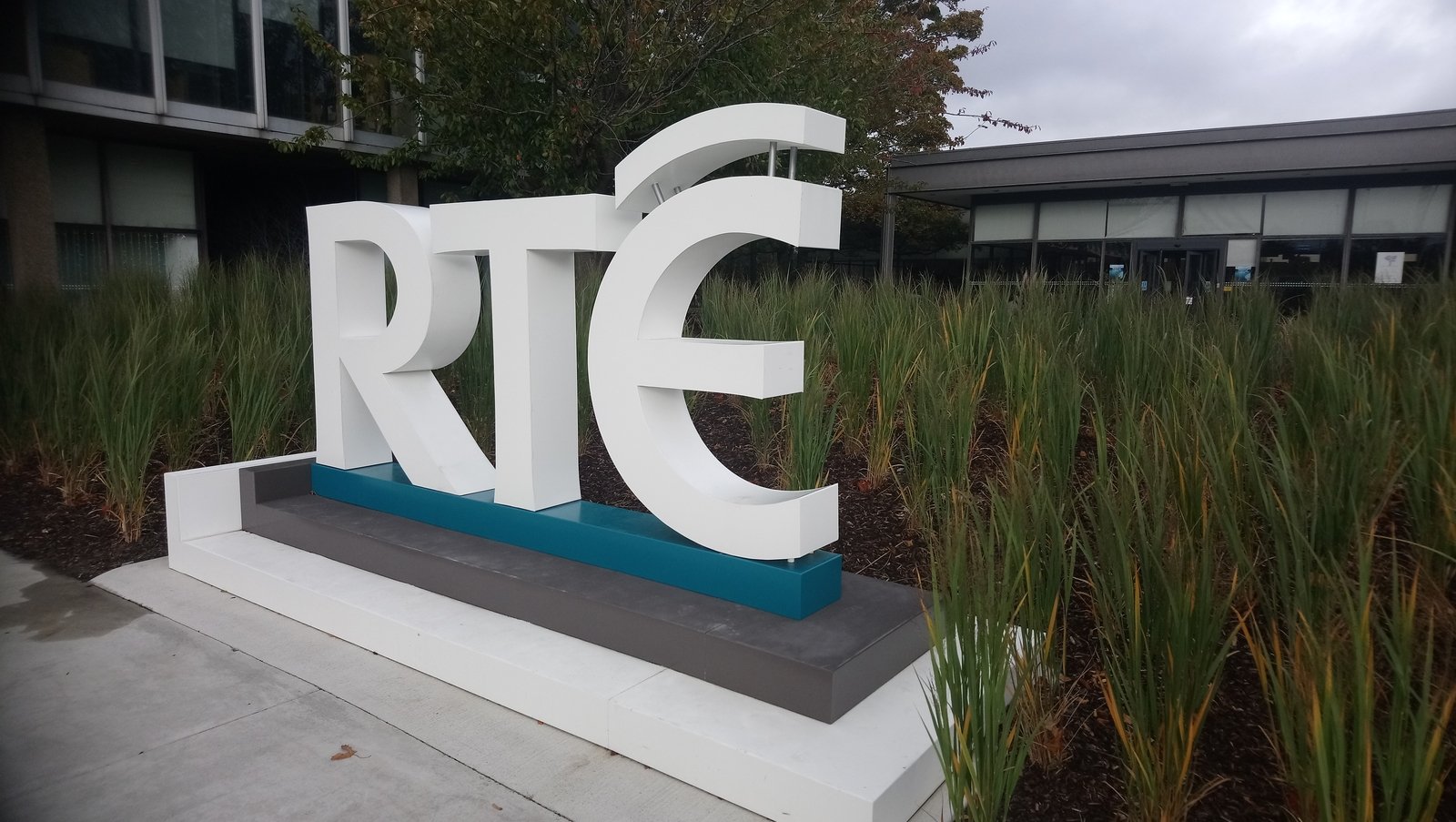 RTÉ has said that its Editorial Standards Board is reviewing a segment broadcast on New Year's Eve which was the subject of thousands of complaints.

I rang RTE to complain. Did you ?

RTÉ says God sketch ‘did not comply’ with its standards

‘Satire is an important part of the offering to our audience... but must adhere standards’ 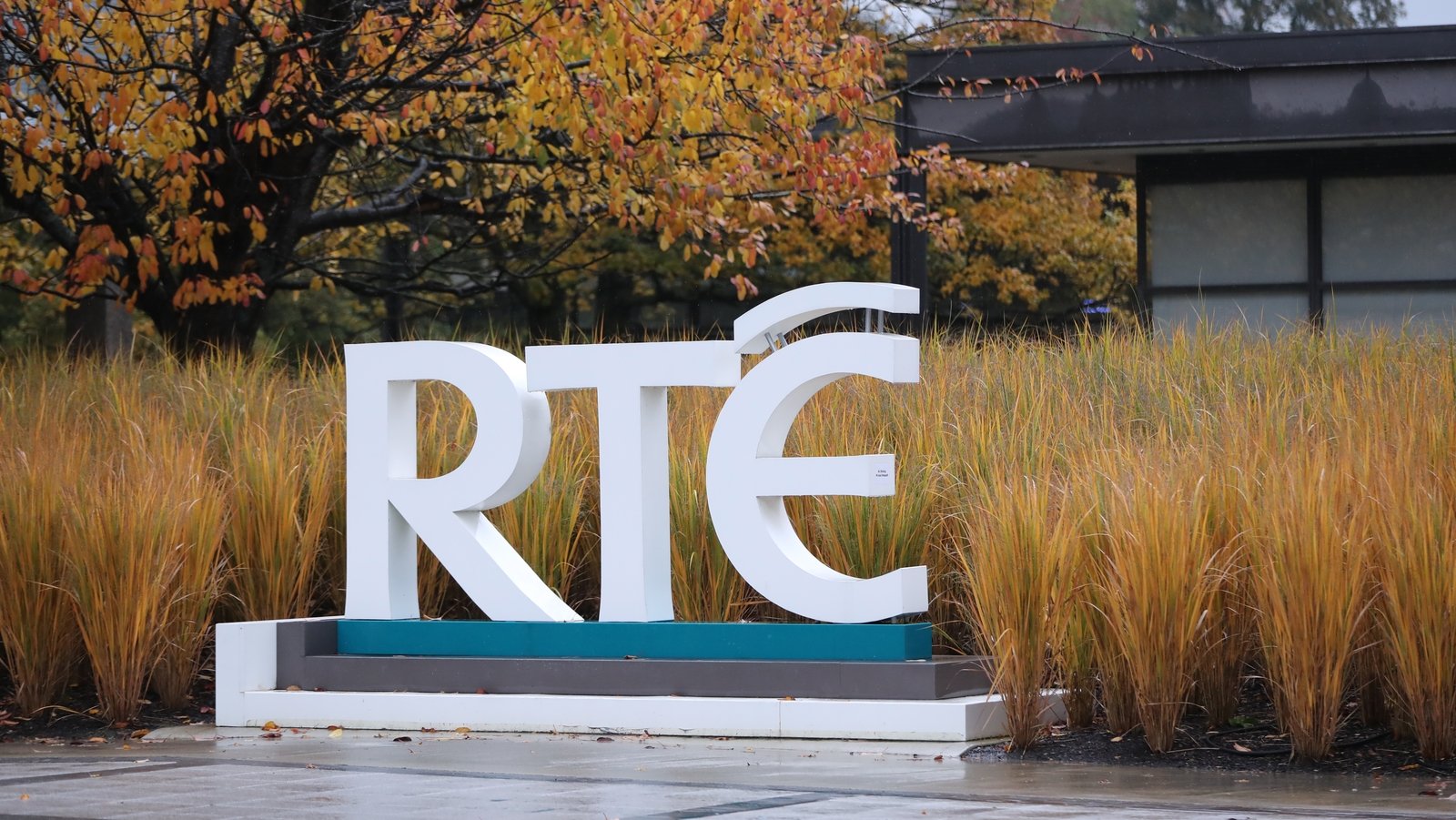 God sketch 'did not comply with RTÉ standards'

A sketch about God on the RTÉ New Year's Eve Countdown Show, intended as satire, did not comply with RTÉ's own standards and broader regulations, the organisation said today.

statement, RTÉ said its Editorial Standards Board found that the sketch did not comply with several provisions.
These included Section 39 (1) (d) of the Broadcasting Act 2009 and the BAI Code of Programme Standards in relation to material that causes “undue offence”.
It also did not comply with provision of Principle 5 in the above Code (Respect for Persons and Groups in Society) regarding “due respect” for religious beliefs.
The RTÉ Editorial Standards Board also found the sketch was not in compliance with the provision in the RTÉ Journalism & Content Guidelines regarding sensitivity to people’s religious beliefs.
After consideration of the RTÉ Editorial Standards Board’s findings, RTÉ decided it will make a voluntary disclosure of non-compliance to the Broadcasting Authority of Ireland and engage with the authority in this process.
It will also request the Editorial Standards Board to review the processes involved in the broadcast and report on it.
RTÉ has removed this sketch from the RTÉ Player.
The organisation said it will also carry a public statement and apology, with due prominence, acknowledging that the sketch did not meet the standards expected of the national broadcaster.

Dee Forbes, the director general of RTÉ said today: “We accept the findings of the Editorial Standards Board that this sketch was not compliant with our own guidelines or with our obligations under the relevant codes. On behalf of RTÉ, I fully apologise for that. We will now review the processes involved and engage constructively with the BAI.”

I really don’t know how Dee Forbes can continue as DG ? She can’t even spot when a massive breach of her own rules has occurred

In a statement, the broadcaster acknowledged that some viewers were offended by the sketch and said that around 1,100 complaints have been received so far.
It said: "RTÉ recognises that matters which can cause offence naturally differ from person to person, within comedy and satire in particular.
"Having reviewed the feedback and complaints received up to this point, RTÉ wishes to apologise to those who were offended by the segment. 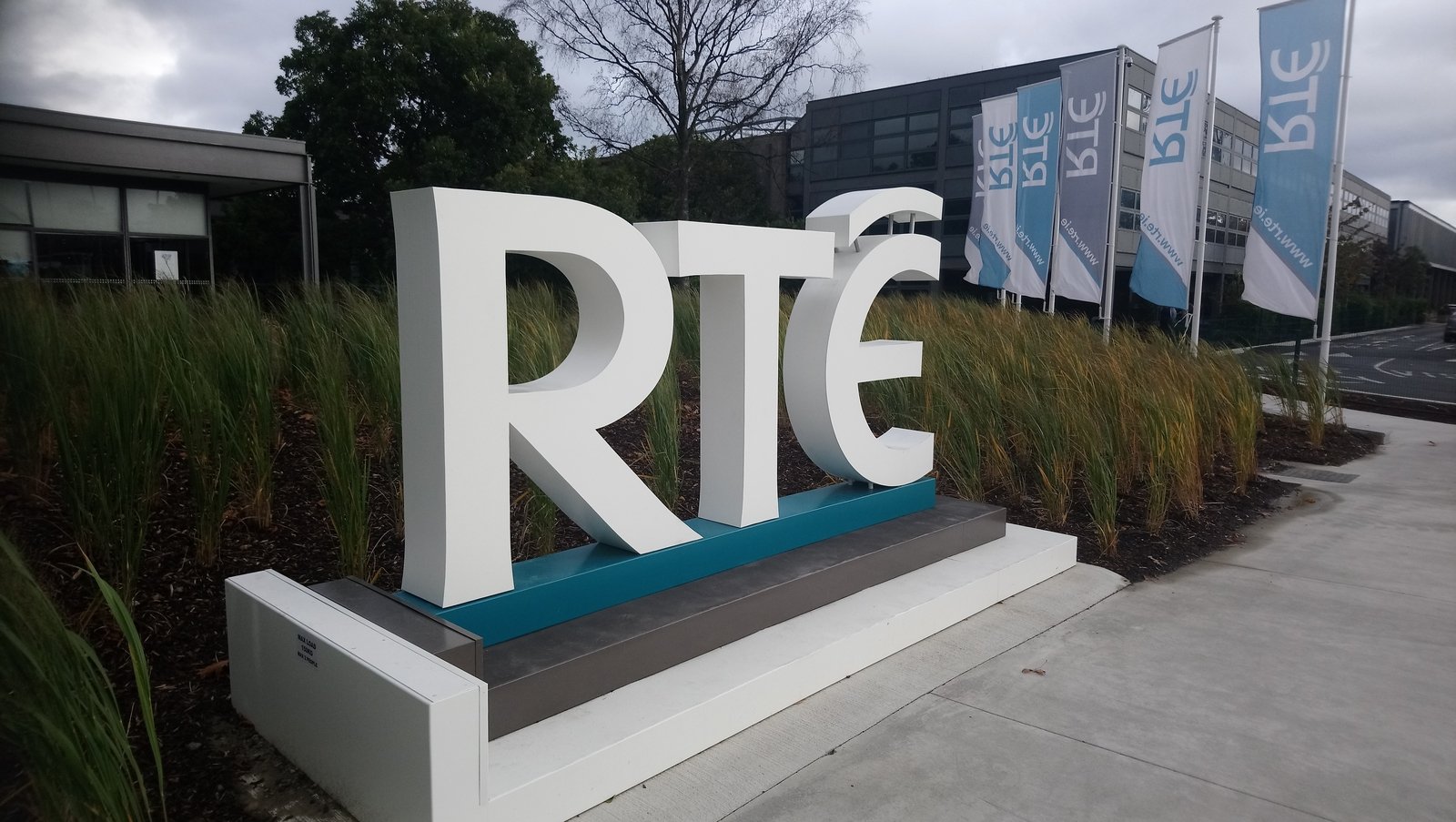 RTÉ has published proposals to implement a package of cuts to salaries, jobs and sick pay in a bid to address the financial difficulties facing the station.

So much media, just one sugar daddy

The Irish Times Group has called for the introduction of State financial supports for journalism, news publishers’ technology investments and the home delivery of newspapers.

In its submission to the Future of Media Commission, the company said public funding should be available for specific public service roles, such as court reporters, as well as training schemes and internships for early-career journalists. It cited the Child Care Law Reporting Project, which is funded by the Department of Justice, as an example “worthy of exploration”.

The State can help Irish news media survive the existential threats facing the sector in a manner that protects editorial autonomy and does not trespass on the independence of a free press, it suggested.

Have your say about RTÉ (rte.ie)

RTÉ Director General Dee Forbes has warned that the organisation is facing a decline in financial sustainability, relevance, and a reduction in the number of services it can provide unless changes are made to the TV licence fee system.

RTÉ is to seek additional voluntary redundancies, suppress posts and not replace retirees in the wake of the workforce's rejection of pay cuts aimed at securing savings.

The covid gravy train of HSE advertising will dry up over the next few months and it’s back to bleeding money again.

RTÉ Pushing For The Introduction Of A Tax On Your Netflix

RTÉ is pushing for the introduction of a tax on online TV providers such as Netflix to provide more funding for indigenous productions.

Speaking before the committee yesterday, Rory Coveney, director of strategy at RTÉ and brother of Foreign Affairs Minister Simon Coveney, said ‘significant revenue’ is derived by media service providers which target Irish audiences but which have ‘no obligation to invest in Irish content’.

RTÉ recorded a surplus of just under €8 million last year because of a reduction in operations due to the Covid pandemic.

Paywalled but it’s to do with possible underpayment of PRSI for all the contractors out there.

FYI this bypasses their paywall

So what is the end game for RTE?

So far it has been extend and pretend. They got a once off bump from sale of land.

Their top talent had a cut a few years back but none since?

Are they totally banking on an increase to tv license or Revenue taking it over to increase compliance?

Well they’ve clearly served a purpose in the past 18 months.

They’ll hobble along depending on the largesse of their Green minister. Becoming more and more withdrawn from what is going on out there

Any suggestions for independent or examiner?

Any suggestions for independent or examiner?

Haven’t found one yet for Indo.

Didn’t even know Examiner had a paywall, don’t use it too much even though I’m Cork based!