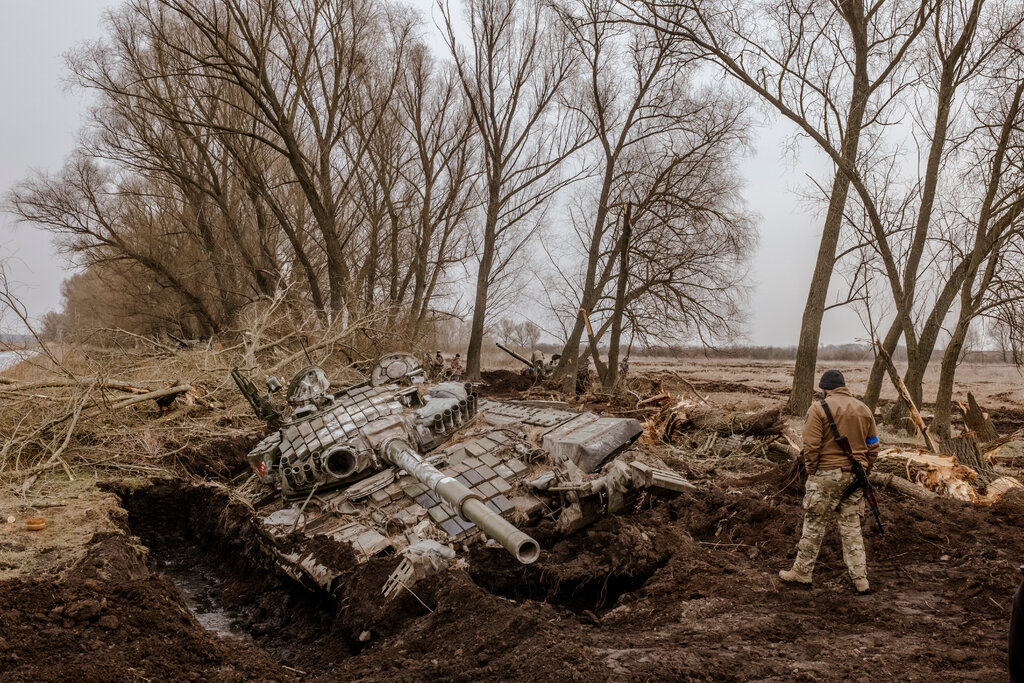 Targeting assistance is part of a classified effort by the Biden administration to provide real-time battlefield intelligence to Ukraine.

The administration has sought to keep much of the battlefield intelligence secret, out of fear it will be seen as an escalation and provoke President Vladimir V. Putin of Russia into a wider war.

A strike over the weekend at a location in eastern Ukraine where Gen. Valery Gerasimov, Russia’s highest-ranking uniformed officer, had visited was not aided by American intelligence, according to multiple U.S. officials.

When Ukraine successfully targeted Russia's prized warship last month with anti-ship cruise missiles, it had some help from the United States.

Targeting assistance is part of a classified effort by the Biden administration to provide real-time battlefield intelligence to Ukraine.

Of course Western intelligence is backing Ukraine up to the hilt. What did Russia expect? This is an illegal war of occupation, just like Iraq, Vietnam and Afghanistan. The only difference is that this time it’s on Europe’s doorstep and now the entire and former Warsaw Pact is backing Ukraine to the hilt. The former Soviet satellites know what’s at stake, and that is why they are most vociferously against the Russian war.

The decision for Europe is stark. It’s either protection of basic right and rule of order, or it’s banditry. I don’t say this as a banality. I remember the collapse of the Irish Republic after the property bubble, the intervention of the IMF, and how our annual budget proposal ended up on the floor of a German parliament.

It’s all still better than executions, disappearances, poisonings, and the occasional defenestration of people of high standing from even higher buildings.

This is an illegal war of occupation

Online chatter is that War will be declared perhaps within the next week. 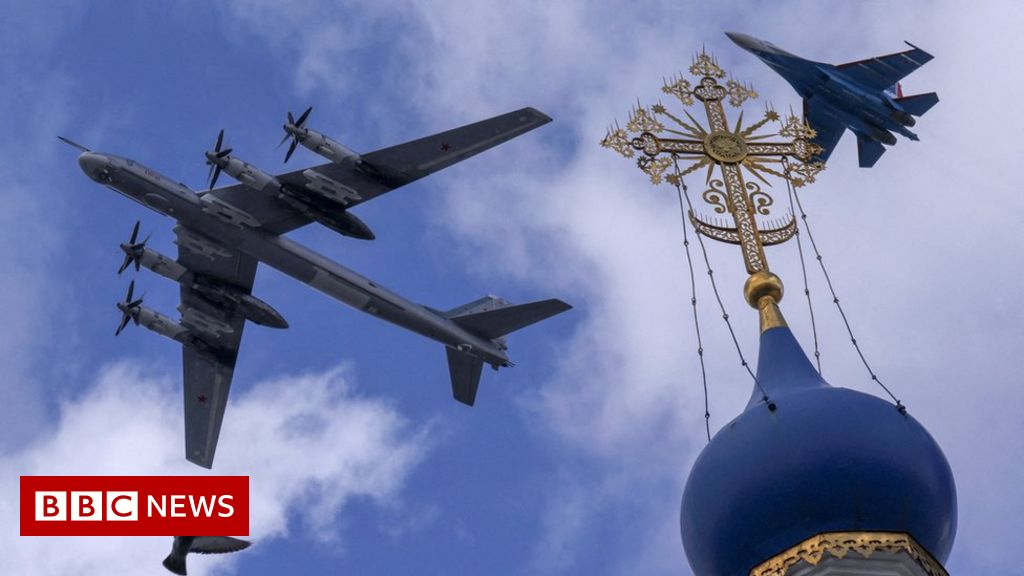 Ukraine war: Russia denies it plans to declare war on 9 May

The Kremlin has so far only referred to the war in Ukraine as a "special military operation".

Some Russians have suggested, possibly the 10th.

Lula, who is leading President Bolsonaro in polls, also said Biden and EU are guilty and could have stated Ukraine would not join Nato

Refering to Zelenskiy’s rise to fame as an actor and comedian, he added: “We should be having a serious conversation. OK, you were a nice comedian. But let us not make war for you to show up on TV.”

“Putin shouldn’t have invaded Ukraine. But it’s not just Putin who is guilty. The US and the EU are also guilty,” Lula said

The former Soviet satellites know what’s at stake, and that is why they are most vociferously against the Russian war.

You’re giving some countries a little too much credit, if Poland move “peace keeping troops” into Western Ukraine, things might look a little different

The decision for Europe is stark. It’s either protection of basic right and rule of order, or it’s banditry.

illegal war of occupation, just like Iraq, Vietnam and Afghanistan.

I think America’s next war (Iran) could be interesting, the Russians might have a few surprises in store for them

What in the hell: "Senior American officials" leak that US intel directing...

Hmm…
Be top Canadian army guy. Well, about to be literally top army guy.
Resign in April (some scandal, ill-defined).
Decide to take trip to Ukraine!
To Mariopol in Ukraine.
Finds some other Canadians there too!
Get captured by Russia.
Get sent to Russia.
Now having PoW trial in Russia?
As you can imagine there are no western newspapers reporting so hard to know how much is accurate, there is mention of a lab in Mariopol in some reports… 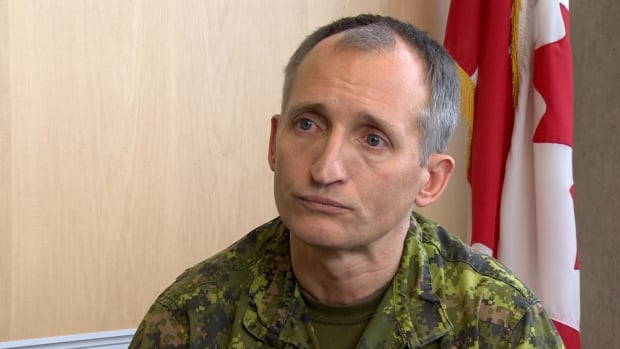 The senior military leader who was poised to take command of the Canadian Army retired from the military earlier this month as an investigation into sexual misconduct allegations against him continued.

On the night of May 2-3, 2022, the Russian military forces detained Canadian General Trevor Cadieu in Mariupol. He is presently being held in custody in Moscow, awaiting trial. General Trevor Kadier was reportedly not on a government assignment, but...

The above statement from a state Russian news source reads crystal clear - Russia will mobilize.

Who in Russia is going to shout stop? Who is thinking about the thousands of Russians that are going to be tossed into the meat grinder before this war is over?

Responding to your points.

I am always reminded of this interview from David Starkey (listen how everyone laughs at him at the beginning).

I may not be fancied around here, but I suggest you watch the 60 seconds of this fellow on BBC Question Time that I linked to above.

Russia is clearly learning at first hand the lessons that America had to learn in Iraq and Afghanistan in the last 20-30 years.

America have learned the hard way through Iraq and Afghanistan that regime change isn’t easy.

I think you misunderstand Iraq, Iraq has been destroyed, for the Neo cons that counts as close to 100% success, talk of democracy and freedom is for the rubes. do you believe they also wanted democracy and freedom for Libya and Syria, (or Iran) if you think they care about the Ukrainians you don’t see their true motivation, very few do

Their attempts to Russify Ukraine will fail.

All of it, yeah its far too big. We don’t really know what Putin wants, he may stop once they take Odessa, that might be enough for him to claim “victory”

Russia is clearly learning at first hand the lessons that America had to learn in Iraq and Afghanistan in the last 20-30 years.

America does not have land borders with Iraq or Afghanistan. They were never at any stage part of the same government or state block. They don’t share a common language, culture or religion.

Russia shares all these things with the eastern provinces/oblasts of Ukraine.

Above is a lot more reasoned than some of what you have posted previously and I wouldn’t disagree with all of it.

However, the following quote seems to display the standard western media led interpretation of what is taking place -

Quote
“America have learned the hard way through Iraq and Afghanistan that regime change isn’t easy. Russia have not learned these lessons first hand, or at least have forgotten them from their foray into Afghanistan. Their attempts to Russify Ukraine will fail.”
End quote

A number of assumptions contained therein-

1 - You are assuming that Russia intends to occupy Ukraine and effect regime change. It seems increasingly unlikely that their intentions extend beyond placing Russian-friendly regimes in place within the Russian speaking regions from Donbass to perhaps as far as Odessa. Nonetheless their true intentions remain unclear.

2- The neo-con invasions of Iraq, Afghanistan and the rest had as their primary motivation the absolute destruction of those societies’ physical infrastructure so as to create te opportunity for the awarding of reconstruction contracts to connected insiders post-conflict. The Russians appear to have the opposite in mind (despite what has occurred in Mariupol) ie they appear not want to have to have to assume responsibility for reconstruction costs. This is quite possibly why they have yet to launch full aerial assaults despite having complete aerial superiority (Mariupol is an exception in the destruction stakes thus far). By way of illustration, the US carpet bombed Iraq for a month prior to launching a ground assault. The Russians have not adopted a similar approach, presumably for a reason.

3- the US and their allies also sought to effect a form of cultural deconstruction (and reconstruction) in places like Afghanistan and Iraq. In Afghanistan for example, they spent billions attempting to create a woke elite that would administer a western leaning liberal hegemony by way of educational, legal, ngo streams etc, thereby creating a natural western ally in the region into the future. All these billions of American taxpayer money spent over a period of 20 odd years was ultimately seen to have been wasted within a month of the withdrawal from Kabul. The Russians have no such designs. Instead their stated intent is to preserve what already exists (in cultural terms) in places like the Donbass etc ie there will be no similar haemorrhaging of billions in promoting/imposing an alien Californian style progressive wokeism. Again, most western commentators appear not to understand this, presumably because they appear unaware of the fact that many people (probably most) actually support the Russian invasion in places such as Donbas and Lugansk.

Cracks in the narrative ?

Donbass, Luhansk, landbridge to Crimea and protecting its canal/water supply?

Donbass, Luhansk, landbridge to Crimea and protecting its canal/water supply?

Yes water for Crimea is clearly important, but there is also oil and gas in the region

“When someone is telling you how important he or she is, it is a pretty good indicator that person is not terribly relevant. I think the same principle applies to the CIA, who in the last week is bragging through sources that thanks to the Agency’s intel the Ukrainians are whacking a dozen Russian Generals and sinking the Moskva. There was a time when the CIA actually tried to keep secrets and shied away from advertising its hidden helping hand.

During the Soviet occupation of Afghanistan in the 1980s the CIA was given the mandate of arming and training Islamic fighters eager to expel the Russians. While I am sure that the Soviets knew what the the CIA was doing in general terms, the public was kept in the dark during that period, especially when the CIA started arming the Mujahedin with Stinger missiles and Soviet helicopters started falling from the skies.

That is not the CIA today. There is open talk about training Ukrainian paramilitaries in guerrilla war, supplying weapons and passing on critical intelligence to Ukraine that is then used to attack Russian targets. Instead of empowering the Ukrainian military, this kind of leak makes them appear weak. They cannot fight the Russians on their own. Nope. They need Uncle Sugar to give them their armament fix. If you are the power behind the throne then you should keep that quiet. Silence helps protect your privileged position.”

Artillery kills/injures most soldiers on the battlefield.

American veteran, James Vasquez, fighting in Ukraine, recently published a video of getting shelled. Now it seems he’s tweeting about returning to America.

A Dutch volunteer fighter has been killed in Ukraine. It marks the 1st time a Dutch fighter was killed in this war. The man, 55-year-old Ron Vogelaar, was fighting with the Ukrainian Foreign Legion when he was hit by artillery fire near Kharkov last Wednesday.
RIP hero
https://twitter.com/TheDeadDistrict/status/1523706678394318848

One Village at a Time: The Grinding Artillery War in Ukraine

The advances by the Ukrainian army in the north have been modest, but they are emblematic of both sides’ strategy: maneuvering artillery to gain territory.

The globalist empire insists always and everywhere that it is fighting the last war, even as it inches closer to the next one.