Update (13:15 ET) : What was largely a theoretical modeling exercise until moments ago, is set to go live because Reuters reports that the EU is set to declare a full embargo on Russian oil after this weekend’s French election:

I’ve been registered here for 15 years, whoever’s paying me must have very deep pockets.

@housebuyer - why did you ignore option B?

I am quite pragmatic, the war will only end when both sides agree and a political solution is found.

We’ve seen this sort of proxy war on numerous occasions in the past. What we’re seeing today doesn’t even compare with Vietnam, where the Soviet’s had boots on the ground in direct action against the Americans, shooting down jets with missiles. Official numbers of Soviet’s serving in Vietnam were 6,000 troops stationed with 16 dead. You can be sure the real number was far higher.

As long as the West confine support to military aid and intelligence sharing as they’ve been doing, Putin has no justification whatsoever to escalate this conflict to a nuclear one.

It means that those who are exploiting current events to promote the abandonment of Irish neutrality and the rush to an externally-directed militarism are not friends of the Irish people.

I haven’t called for that. The current government response has been appropriate. Humanitarian assistance and economic sanctions…

Yet you deplore outrageous lies but any sign of difficulty it’s “tea and biscuits anyone?”

I am quite pragmatic, the war will only end when both sides agree and a political solution is found

The Menace is fighting for it’s life and is willing to extinguish any others in the name of self preservation and targets and theatre has no limits.

As long as the West confine support to military aid and intelligence sharing as they’ve been doing, Putin has no justification whatsoever to escalate this conflict to a nuclear one.

Lusitania got sunk because Germany heard of rumours of arms being shipped. Providing military aid is no small matter. Most western governments would also opine that “Putin has no justification whatsoever” to have entered Ukraine in the first place, so I don’t think their opinions or predictions on what he thinks is or is not justified are to be taken seriously…

Most online chatter is Lira is dead but unconfirmed afaik but here he implicates the daily bheasth in any future no-shows - https://thesaker.is/pray-for-gonzalo-lira/

If you watched the previous video you will see the crying game operative posts, there is a reply on twitter indicate Pat Lancaster was next - All conjecture and supposition of course, but puts in some context that missile hit near his family inside Russian territory, may actually have been an attempt to specifically kill them, while he was still in the thick of it and still is.

However latest is Lira is out and these are his most recent posts from another account:

I am quite pragmatic, the war will only end when both sides agree and a political solution is found.

No. This must be the party line that’s floating around the ether. The war will end when Russia makes Zelensky accept the things he could have accepted before the war happened. This will get spun by the West as “a political solution”. And Zelensky as “a Statesman”. Whatever happens Putin will be depicted as “weaker” even though Zelensky will be sitting in a bombed out country and has just settled for things he could have gotten without the damage

Mariopol being a case in point.

It’s been hopeless for weeks and the place is now a ruin.

Makes for good anti-Russian PR however, no matter what cost to the Ukrainian people.

That is when the real war begins the civil war power grab which will last for years.

Russia is reportedly preparing an "independence" vote in the occupied southern city amid high-profile assassinations.

That is when the real war begins the civil war power grab which will last for years.

Hard to see how it won’t go that way.

The media keep telling us that thousands of civilians are trapped in the Azovstal steel plant. but it doesn’t make sense to me. the Russians have accepted the surrender of thousands of Ukrainian soldiers over the last week, why would they not allow women and children just walk out, the story only makes sense if they are being held against their will by the Ukrainian army/Azov battalion

US warns Solomon Islands against China military base as Australian MPs trade...

You just have to laugh 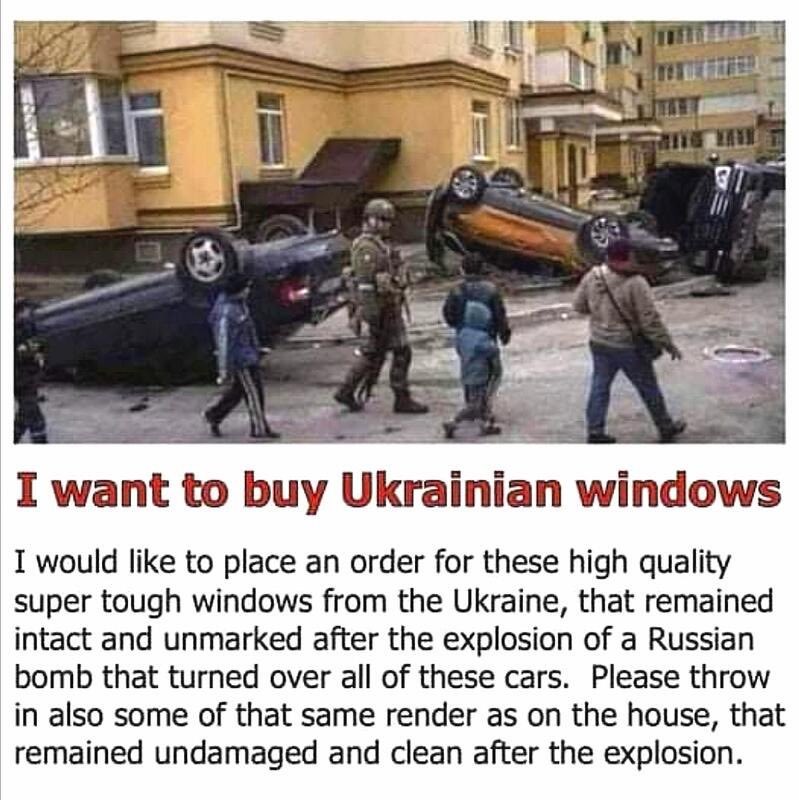 One denotable trend form the intel silva Z channel, over the last 2 weeks approx. versus over a month ago, are videos of Ukrainian troops surrendering and an uptick in captured prisoners of war too.

Tbh in their faces, some looked relieved to be captured. It’s subtle impression.

Most probably the ordinary army man does not want to die, he may still have life left in him and want to start a family or has a young family and/or does not wish to go to war and kill his brothers in arms or actual family on the Russian side.

You can find it in MSM but sure, this link is as good as any. 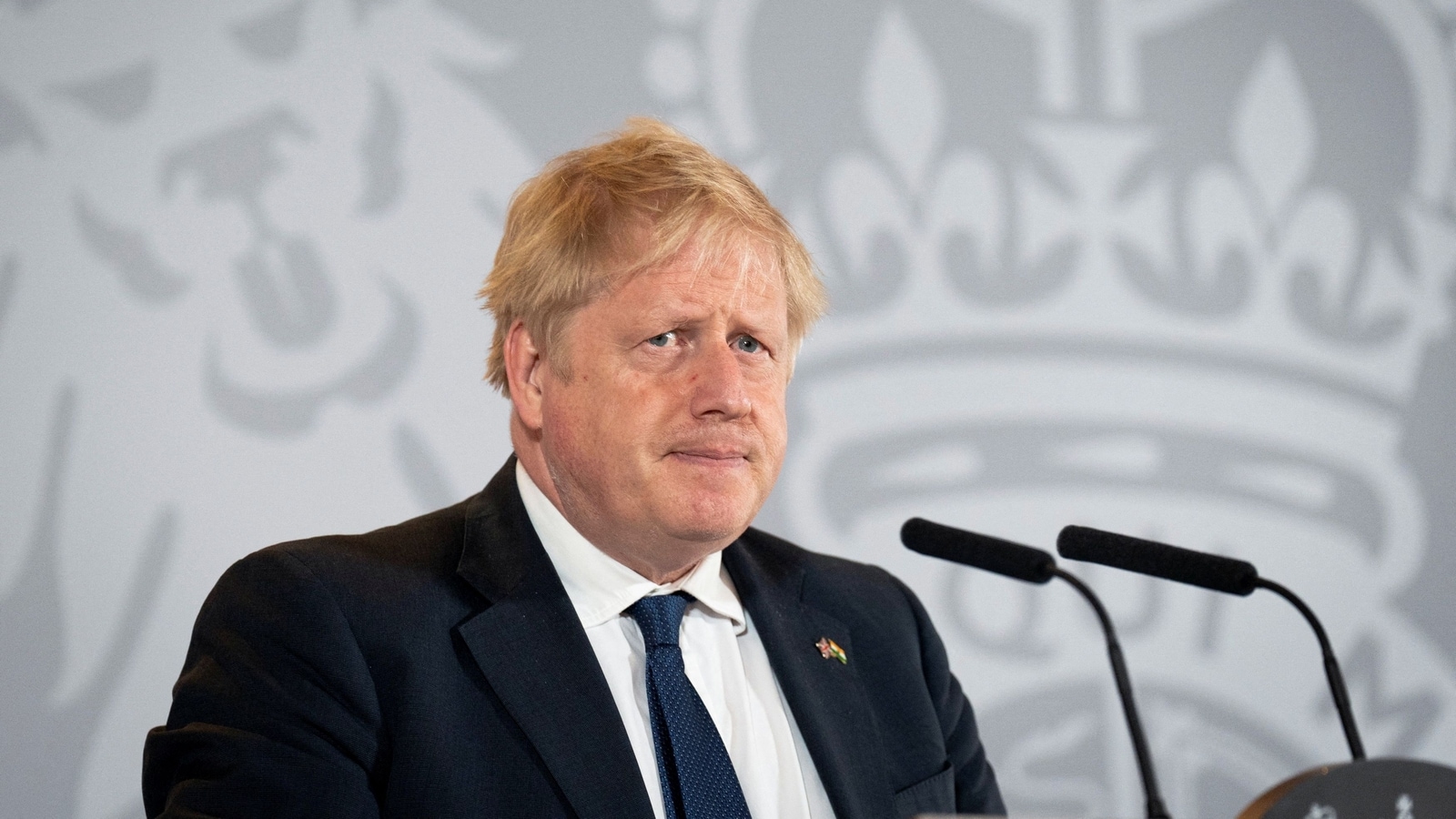 UK PM Boris Johnson who recently visited Ukraine and met President Volodymyr Zelensky said it is a realistic possibility that Putin could win the war against Ukraine.

Keep an eye on this Darragh McCullough. Paywalled but suggesting starvation strategy?

It’s time for Irish farmers to make ethical choices about who we sell our...

Where should Irish farmers draw the line when it comes to selling to despots and war-mongers?

He also has a Masters in International Development from UCD.

I know we export a lot of beef etc., but so do other countries. I think people seriously overestimate our “economic clout”. We’re useful to globalists for IT, Pharma & tax.