, I just think “witch”, and it’s colloquial vernacular context, but that’s controversial to some ears.

It’s interesting to trace the Liberal mindset’s view of Witches as it progressed/regressed and percolated from universities to the journalistic commentariat.

“Actually those witches were a kind of early feminists, misunderstood and persecuted by the patriachy”

"In this materialistic age, We have a lot to learn from ancient spiritual practices that were once deemed “witchcraft”

“My daughter has announced she’s a witch: and why that’s a good thing”

In my experience & that of my friends it was much more the women with children who had to leave their jobs (explicitly so for many Irish with the marriage ban) who ended up being more vocal in telling women of my generation that our main focus should be to “have a career!!”.

Each generation the message & messenger changes though I guess.

EDIT/ADDITION: Now I worry that the message is that sex / gender are not only mutable and irrelevant, but that blockers will be started so young that permanent physical damage (& who knows how much psychological) will be done…

Those were Irish Betty Friedan types you encountered who possibly shouldn’t have had children in the first place. Betty lost the power struggle with the lesbians in the 70s that occurred within the feminist movement. She had come to realise that any “women’s movement” would Inevitably come to be dominated by agressive lesbians so fought but lost. But they wouldn’t have been aware of this so were still spouting the talking points (which were highly propagandized and seemed to be delivering “advances”) but they didn’t grasp which way the wind was blowing - the terf wars and granddaughters announcing they were “non binary” because they were late developers and weren’t being sexualized enough by a morally bankrupt society.

Unwin years ago looked at the what brings down civilisations… variable that correlated the most was sexual immorality. Grand for the first generation who have all the upside and little of the downside (well perhaps on a personal, but not a societal level), but then subsequently leading to instability of the family unit, then community links shifting & perhaps breaking, then the civilisation…

I think things are worse than Unwin could justifiably been able to imagine. He could foresee a society celebrating sin. We’re beyond that. Our society is pathologizing goodness. Not just mocking it but also putting a veneer of scientism on the criticism and preaching that morality is immoral. This has been building since Freud’s time and is now leaking out in lots of ways. For instance “Sapiosexual” which afaics tries to paint people (particularly women) as having a “sexual orientation” because they are somewhat reluctant to jump into bed with a stranger. 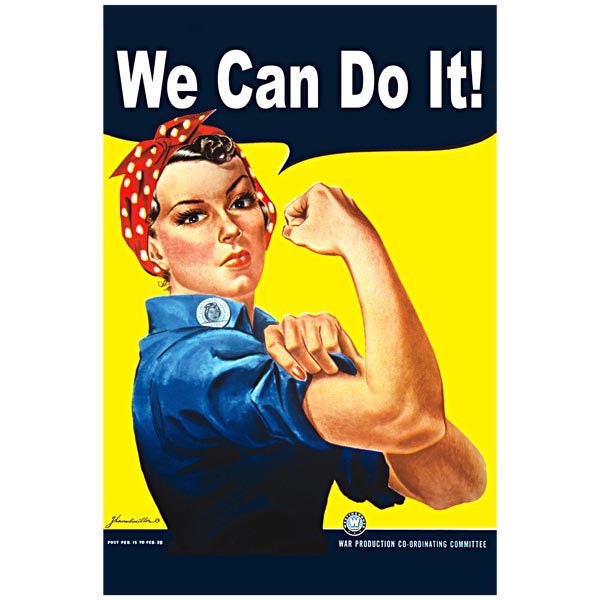 So it turns out that feminists believe women can do anything a man can do, except deal with online criticism/abuse/trolls ect

So it turns out that feminists believe women can do anything a man can do, except deal with online criticism/abuse/trolls ect

Women are sex objects and men are success objects. This most cutting insult to a woman is that she is ugly, to a man that he’s a loser - especially if they secretly suspect this themselves.

So I believe women politicans when they say that being called Fat Arse stings. But they’re the ones saying they’re Rosie the Riveter and anything a man can do a woman can do better.

It’s a brazen move though to legalize that you as a female politician are a protected class, that words are equivalent to violence and people shall be jailed for calling you Fat Arse - especially if it’s factually true.

It’s a brazen move though to legalize that you as a female politician are a protected class, that words are equivalent to violence and people shall be jailed for calling you Fat Arse - especially if it’s factually true.

Its crazy that they can’t see how it would look if they pass the law, and then start handing out fines for insults that will no doubt be nasty but also true, of course the truth in cases like this will never be permitted as a defense, as we saw with the transman Vs the barber, who didn’t want cut women’s hair

I guarantee the “womens game” is hugely loss making, apalling to watch, and financially supported by the men.

There was also the comments made by director of women’s rugby Anthony Eddy that seemed to lay the blame for the disappointment in Parma at the feet of the players. This prompted the public reaction from Moloney who accused Eddy of “slurry spreading.”

He broke a sisterhood golden rule there: a man must never hold a woman responsible for her behaviour or tell her it’s her fault when something went wrong.

Hmmm. I see a trend here. The sisterhood are big enablers of globohomo

The action followed a decision by Rev Katherine Meyer and the church council at Sandymount in Dublin 4 to accept Steven Smyrl, a gay man in a same-sex marriage with another church member there, onto its council.

Dean [Maria Jansson](https://www.irishtimes.com/topics/topics-7.1213540?article=true&tag_person=Maria+Jansson, recently retired Church of Ireland dean of Waterford, accused the Dublin and Munster Presbytery of undermining the Sandymount community where all are welcomed “irrespective of ethnicity, religion, class or sex”.

Dr Maureen Junker-Kenny, professor of theology at Trinity College Dublin, accused the Dublin and Munster Presbytery of “hounding blameless, committed followers of Christ”: “What kind of future does the Presbyterian Church envisage for itself if it loses sight of the core Christian message?” she asked.

In a letter to The Irish Times, Dr Ruth Whelan, professor of French at Maynooth University, referred to those investigating Sandymount as “a fundamentalist clique in the Dublin and Munster Presbytery”.

The “ecclesiastical prosecution” of Rev Meyer “surely flies in the face of law and gospel”, said Sr Geraldine Smyth, of the school of religion at TCD, who called for an “eleventh hour” change by the Presbyterian Church.

McConkey is now being called on as an authority in ecclesiastical matters for some reason; as if things aren’t ridiculous enough already…

Sisterhood: we will determine what you find “hot” 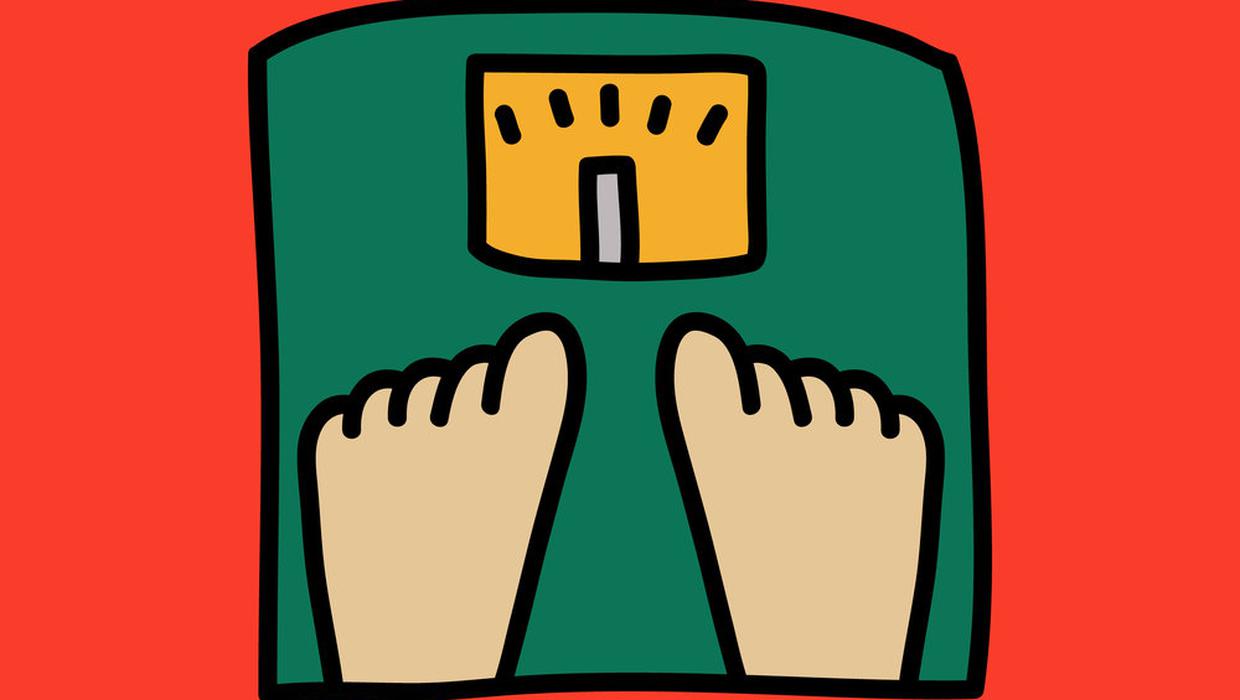 As a point of personal pride, I don’t keep a set of weighing scales in the house, and now I know why. At a friend’s house a few weeks ago, I decided to pop on her bathroom scales out of curiosity. What else are you going to do after a few cheeky...

This begs the question: does violence against men not “insult God”? Thanks Jorge, nice to know I’m less important !

The Sisterhood really has a sore bottom about this one. Pulling out all the stops

I’m no theologian but you can be sure the omissions are the important part here. e.g. Jesus forgave sinners but he was very hard on those who didn’t turn away from sin. And Sin is a word that doesn’t show up in her article. What’s implied is that the only sin is to sin against “human rights”

Presbyterian Church must not lose sight of Jesus’s core message

How do we know what God condemns? 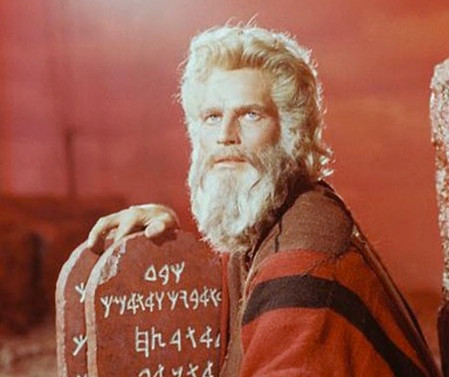 Doesn’t keep scales in the house. She put on a ton of weight.

There’s a lesson there somewhere.

Few threads this could fit in… saw this piece about Glee and the SoMe storm it & online culture wars that it apparently triggered. I never watched it - interesting read though.

Where did cancel culture and wokeness come from? This is the question that consumes many conservative writers almost as much as the question of how to beat it.

Buffy would surely have that claim. Buffy was deliberately political.

The creator of Buffy , Joss Whedon, has responded to the scholarly reaction to his series: "I think it’s great that the academic community has taken an interest in the show. I think it’s always important for academics to study popular culture, even if the thing they are studying is idiotic. If it’s successful or made a dent in culture, then it is worthy of study to find out why. Buffy, on the other hand is, I hope, not idiotic. We think very carefully about what we’re trying to say emotionally, politically, and even philosophically while we’re writing it… it really is, apart from being a pop-culture phenomenon, something that is deeply layered textually episode by episode.