What @BlameGame says above is a key point. I once heard it explained very well by the economist Robert Murphy but I can’t find it again now.

His position was that the progressive argument that conservative objections to social changes are invalid because in many cases the societal changes happened anyway and are since accepted, is false.

He pointed out that the argument was that the consequences of the social changes that were predicted by the conservatives which were vociferously denied at the time did in many cases come true. I think an example he used was of rock and roll and short skirts leading to the breakdown of marriage and the family.

Given that rock and roll and short skirts happened and marriage and the family broke down the argument today shouldn’t be based on the fact that society subsequently accepted the breakdown of marriage and family but on the correctness of the predictions from social conservatives.

If in the 1980s we were repulsed by men dressed up as effeminated clowns and said that they were probably dangerous perverts, we were correct and the subsequent acceptance by society of dangerous perverts does nothing to weaken our arguments.

So the counter argument to social conservatism ‘You lot are always claiming a bit of progressivism will bring down doom on society and it never does’ is patently false if the predictions of what will happen are often true.

The only honest counter argument to social conservatism is to say that yes, that thing you object to will degrade society in the ways you describe but people will lower their standards and accept it.

The slippery slope is undefeated

It’s all Saul Alinsky stuff. They throw out a load of contradictory arguments in the knowledge that different arguments will register with different segments of their opponents.

Posted on the World Cup thread, but note the Sisterhood side of this - nothing a modern woman ever does is “wrong”. She can never be told she’s “wrong”. It’s certainly not wrong to create self pornography. In fact it’s a natural and good thing actually.

They keep showing this advert during the football. 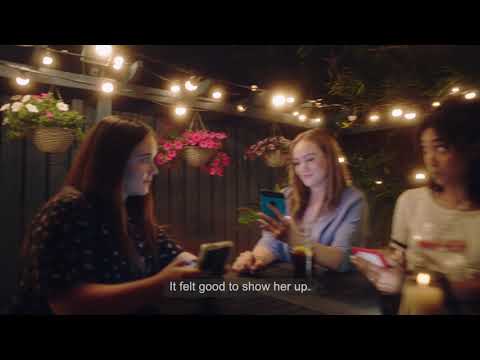 "Lehrmann was accused of raping Higgins in the office of their then-boss Linda Reynolds in Parliament House in the early hours of March 23, 2019. He faced one charge of sexual intercourse without consent.

He has always maintained his innocence and pleaded not guilty at the first trial, which was cut short in October after 12 days of hearing evidence and submissions in the ACT Supreme Court and five days of deliberations, because of juror misconduct.

Chief Justice Lucy McCallum said at the time that she had disbanded the jury after learning one member had undertaken their own research, which they brought into the jury room.

The juror misconduct was discovered during routine tidying of the jury room by three sheriff’s officers, with one of the officers accidentally bumping a juror’s document folder onto the floor and then noticing part of the title page of an academic research paper which suggested the topic of the paper might be sexual assault.

McCallum described it as an “unexpected and unfortunate outcome” to the three-week trial, and said: “It is beyond question that the conduct of the juror is such as to abort the trial. It may be that no harm has been done, but it’s not a risk I can take.”

The second trial had been pencilled in for early in 2023."

The concern over Higgins’ health, backed by independent medical experts, is reportedly central to the decision not to proceed.

Drumgold will reportedly state that the decision not to proceed with the trial has been taken because it is not in the public interest. 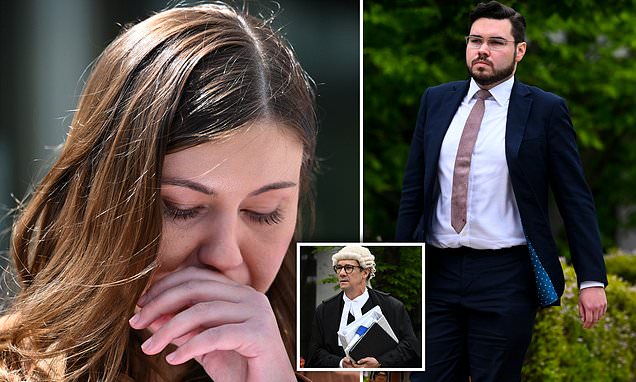 The sexual assault charge against former Liberal Party staffer Bruce Lehrmann is set to be dropped by police. 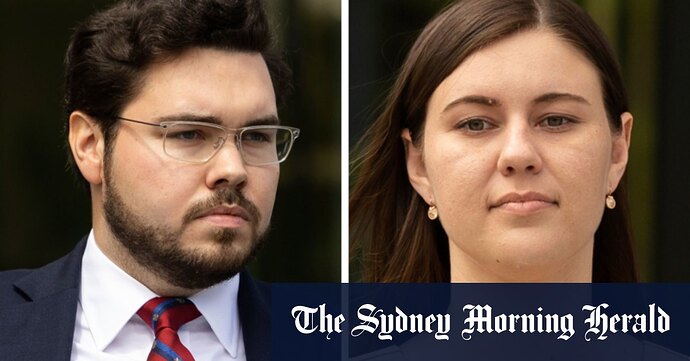 The second trial had been pencilled in for early in 2023. The ACT Director of Public Prosecutions will make an announcement on Friday morning.

Higgins has been grilled by Whybrow about what she did with the white cocktail dress after the alleged rape.

“It stayed under my bed unwashed for a period of time,” she said.

“I was wrong (about how long it was there)

“I made a mistake. I was not trying to do anything. I was just wrong.”

Whybrow pointed out that Higgins took the dress with her to Perth on April 13 – less than three weeks after the alleged assault.

Whybrow showed Higgins photos she had taken on her phone of herself wearing that dress at the Pan Pacific.

“And you sent that photo to Mr Dillaway that night didn’t you?,” he asked.

“Yes I did,” she responded.

He asked why she had taken the dress to Perth?

“Honestly I think I was reclaiming my agency,” she said.

“It felt like this moment and I wanted to reclaim my agency.”

Whybrow said her evidence this afternoon “sounds completely inconsistent with your evidence before lunch”.

“I left it under my bed for a period of time and I was wrong about that time,” she said.
https://www.theaustralian.com.au/the-oz/news/live-brittany-higgins-returns-to-the-witness-stand-in-rape-trial/news-story/49299e6e0328e3a89847c1a9796f0d30
Day three of Bruce Lehrmann’s rape trial also heard that Ms Higgins gave two media interviews – including a six-hour tell-all with The Project’s Lisa Wilkinson – before approaching police with her complaint.

The former staffer admitted she made incorrect statements on how much time had passed before she wore again the white cocktail dress she had on the night of the alleged rape.

Ms Higgins had said she kept the dress under her bed in a plastic bag for six months but was shown a photo of her wearing it on May 15, about eight weeks after the ­alleged assault.

The court has heard that at the time Ms Higgins claims she was in the toilet at work having a panic attack for three hours, she was ­actually at a valedictory lunch for former Liberal MP Steven Ciobo with her former boyfriend Ben ­Dillaway. Asked when the panic attack had happened, Ms Higgins could not recall.

She also conceded that a photo that purportedly showed a bruise on her left leg, which she earlier said was caused when Mr Lehrmann pinned her left thigh down with his knee on the outside edge of a couch, was actually of her right leg.

The court heard a snippet of audio from a January 27 meeting between Ms Higgins, Wilkinson and her boyfriend David Sharaz.

In the audio, Mr Sharaz is heard saying the couple wanted the story to drop on February 15, 2021, because it was the start of a parliamentary sitting week.

“It’s a sitting week when we want the story to come out,” Mr Sharaz can be heard telling Wilkinson and her producer.

Ms Higgins said journalist Peter FitzSimons approached her at an event and told her she should write a book about her experience and that he could act as her agent.

“I felt like I needed to document my experience … It was a strange, full circle moment when that came to fruition,” she said on Friday.

Ms Higgins confirmed the deal she eventually secured was worth more than $320,000.

Journalist/tv presenter who was warned not to do this did it anyway. They also sorted the book deal before the alleged injured party approached police 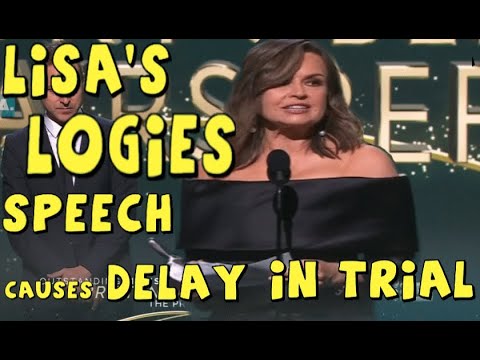 This will be worth keeping an eye on. BPD will eventually be used by women to escape criminal consequences. Its just a question of whether it will be now or in a few years 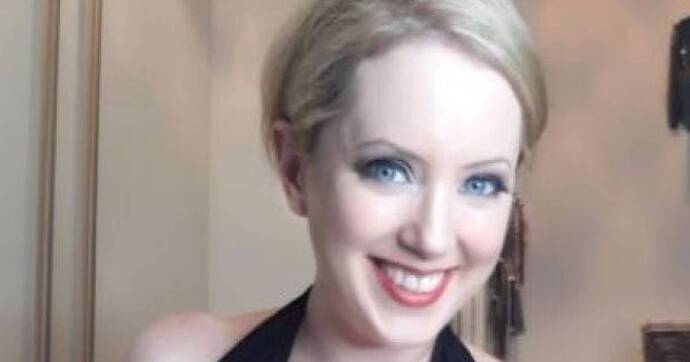 Father-of-seven stabbed to death in ‘random killing’ after parking without...

Mother-of-three Christina Anderson (41) of Brownsbarn Wood, Kingswood, Dublin 24, is charged with murdering Gareth Kelly (39), who died from stab wounds following an incident at the estate on the morning of February 25, 2020. She has pleaded not guilty by reason of insanity. Her trial is expected to last two weeks

Gardai went to Ms Anderson’s home where they heard the accused say to her husband: “I did it for us Mark, I did it for us, I did it for love, one of us is insane, Mark.”
Ms Anderson, he said, is a married mother of three young children. She has a history of psychological or psychiatric difficulties and the jury will hear evidence of her behaviour in the days leading up to the killing, her state of mind at that time and some of her beliefs at the time including “beliefs that she was being persecuted by neighbours”. 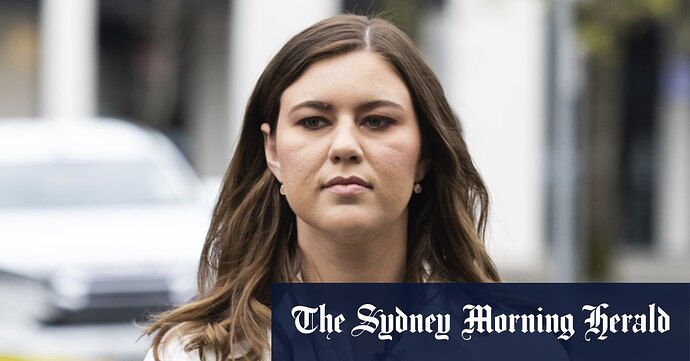 Lawyers for former Liberal staffer Brittany Higgins have given notice that they will sue former Liberal ministers Linda Reynolds and Michaelia Cash as well as the Commonwealth for about $3 million.

In a statement posted to Instagram on Sunday Higgins said she believed the odds of securing a conviction were slim. “The criminal justice system has long failed to deliver outcomes” in sexual assault cases,” she said. 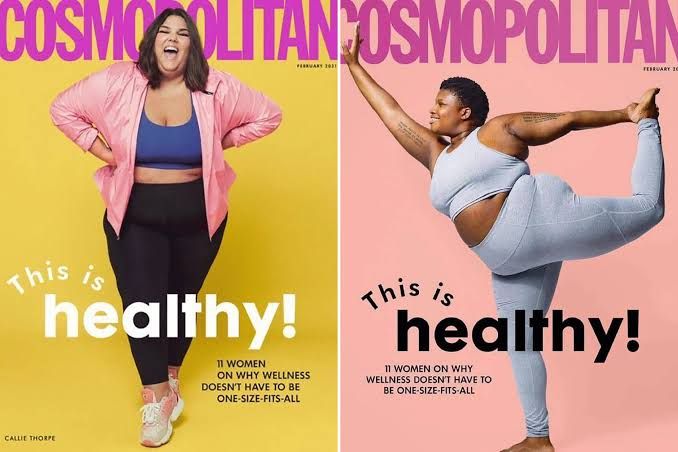 Empowering obesity will make diabetes, heart disease and all the other weight related problems disappear. Health is all about a positive mental attitude.

Journalist Áine Kenny looks at just some of the reasons Irish women are choosing to be child-free.

Anti-natalism is for life, not just for Christmas. 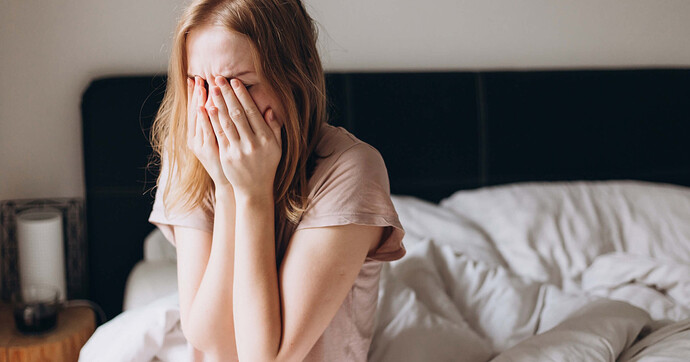 A 2020 Pew Research study reveals that over half of white, liberal women have been diagnosed with a mental health condition at some point. Does this mean… 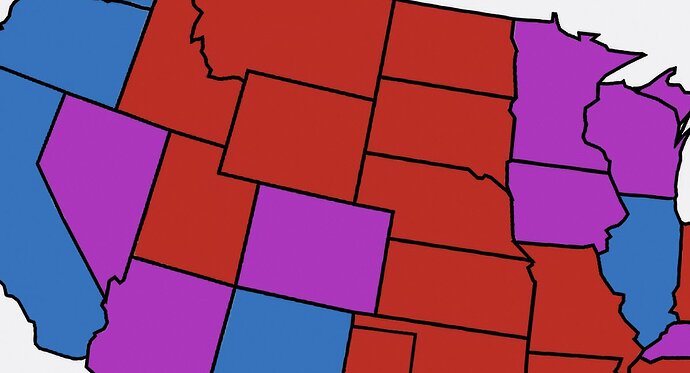 Republicans Have More Kids Than Democrats. A Lot More Kids.

Maybe this is why Republicans keep winning.