SpaceX - The Quest For Mars

Jonathan Hofeller, SpaceX’s vice president of commercial sales, said the company is in talks with prospective customers for the first commercial launch of that system roughly two years from now.

“We are in discussions with three different customers as we speak right now to be that first mission,” Hofeller said at the APSAT conference here. “Those are all telecom companies.”

SpaceX’s Super Heavy booster and Starship upper stage are being designed to launch up to 20 metric tons to geostationary transfer orbit, Hofeller said, or more than 100 metric tons to low Earth orbit. Equipped with a nine-meter payload fairing, the launch system is designed to carry crew and resources to the moon and Mars, but is also SpaceX’s next vehicle to send satellites into orbit around the Earth and elsewhere.

SpaceX performed a “hop” with a prototype of Starship in April, propelling the vehicle just centimeters off the ground, Hofeller said. Future tests will reach higher altitudes, he said.

“We have future hops coming up later this year,” he said. “The goal is to get orbital as quickly as possible, potentially even this year, with the full stack operational by the end of next year and then customers in early 2021.” 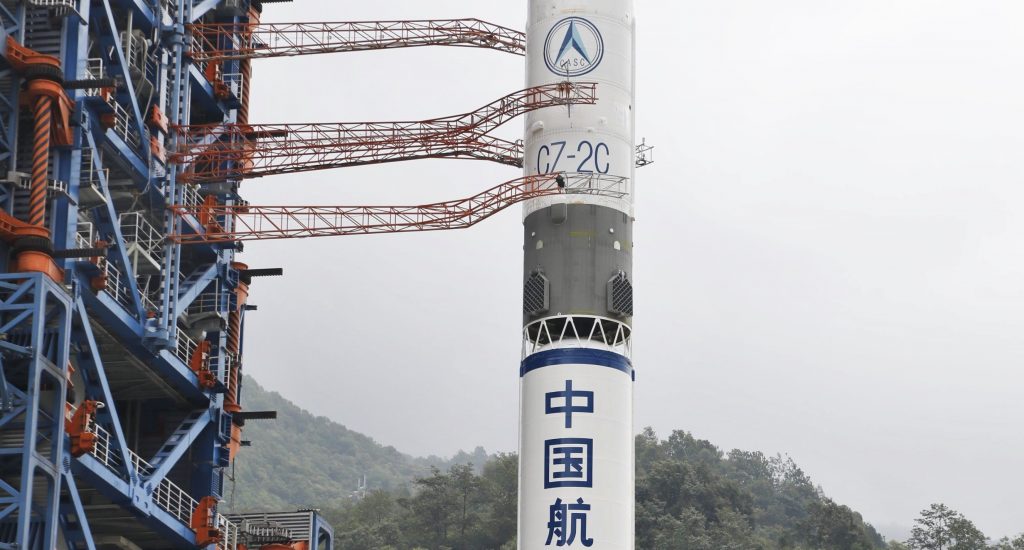 The Chinese doing what the Chinese do best, (grid fins on the bottom of the grey section) expect to see them landing first stages a few years from now, Musk will need to keep an eye on his engineers, but as with Tesla I suspect its already too late, them evil Russians will be up to their tricks again

A long but highly informative video on the Raptor engine that will power the next generation of Spacex rockets. Very well organised and clearly presented, and if you want a table of contents so you can watch it in bits, flick to 2:30.

(Forgive the topic crossover, but I just realised that the preburner stage of the full-flow fuel cycle has a lot in common with the Allam cycle mentioned in connection with low carbon emission fossil fuel burning. In both cases there is a very high pressure fuel-poor stage turning a power generation shaft – to pump oxidiser or generate electricity – while keeping temperatures within tolerable limits.)

I prefer Scott Manly, but thats a very good video

Work on the Raptor started in 2009 so I have to assume that work on the next engine may already have started, but I suspect they will run into regulatory issues

It also looks like the BSF will reach LEO before the SLS and Blue Origins New Glenn, SpaceX really are making their richer rivals look pathetic, long may it continue

A glimpse inside the mind of Elon …

One of the few times you’ll hear people cheering for an in-flight breakup. SpaceX successfully tested the Crew Dragon escape system this afternoon. If you prefer to cut to the chase, final countdown is at 22 min into the vid, Dragon release and Falcon 9 breakup are 84 seconds after liftoff, and splash down a few minutes later.

Spacex just launched its fourth batch of sixty Starlink satellites. (See my Am. Astro thread about viewing these).

See the launch below. They managed to snare one of the fairing halves in their net on one of the recovery ships. 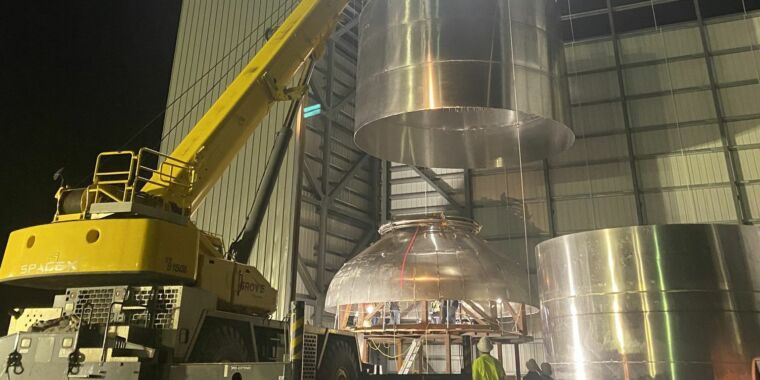 Its getting very interesting now

You were doing well up to the last sentence, if anything they should be spending more on SLS and other science/engineering projects especially seeing how low interest rates are

Right now all of the above mentioned rockets are non existent, with the SLS being the one furthest along of actually flying. 18 billion is pocket change for Uncle Sam, be happy this is money not being spent on weapons.

Also competition is good, the more the merrier and its keeping engineers sharp and training new generation.

meanwhile, down in Texas

So not only did the Falcon Heavy beat the SLS to orbit, it looks like the Starship will too

And then it exploded eight minutes later!

Next time there is a launch from Vandenberg this might be a good place to watch it from. Almost live.

The GrassMountain 2 fire-cam is pointing due west towards the Lompoc / Vandenberg area and although there is a live realtime feed from these cams the public feed looks like 6 second or so screen grab. Not as good as a live-feed but the animations you can run of the previous 15 min to 12 hours can be pretty spectacular.

There are much closer fire-cams to Vandenberg but they all point in the wrong direction. Its a pity the fire-cam at Point Conception is not on the crest, that would be a spectacular view, but that’s Hollister Ranch land. Where the real Hollister beach is with the great surfing. Not the fake one invented by Abercrombie & Fitch as a clothing brand. In California Hollister only means one thing, a really drab cow-town nowwhere near the sea. Think Tuam or Navan.