It really deserves it’s own thread at this point: 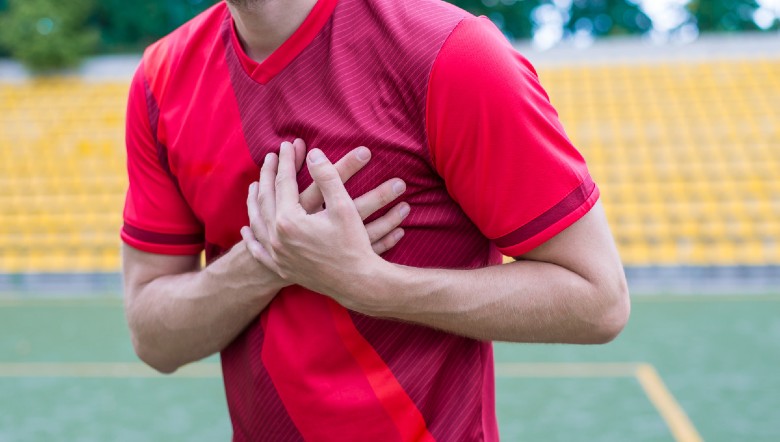 Since December, 183 professional athletes, coaches and college and youth athletes have collapsed abruptly, and 108 have died. Some of the athletes, such as football stars Sergio Aguero and Christian Eriksen, collapsed in the middle of a game, in front of the spectators. The main cause: Cardiac problems - myo / pericarditis, cardiac arrest and heart attacks. 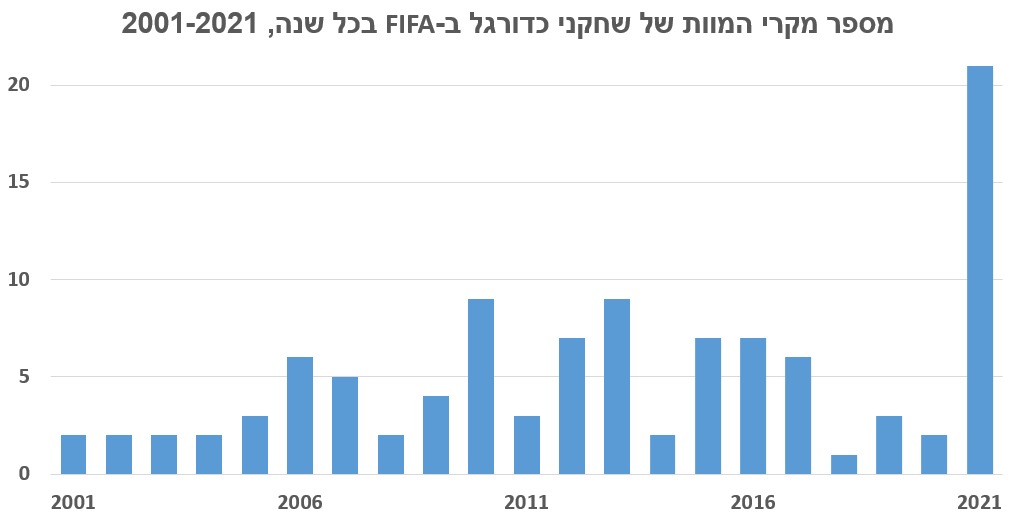 …Florian Dagori: "My first recommendation to free divers around the world is to choose a vaccine that is produced the old way, such as Sputnik, Synovak, Sinopar, etc., instead of the new mRNA vaccines."

We are in the middle of a surreal interregnum where everyone knows exactly what’s happening but the truth is absent from public discourse. 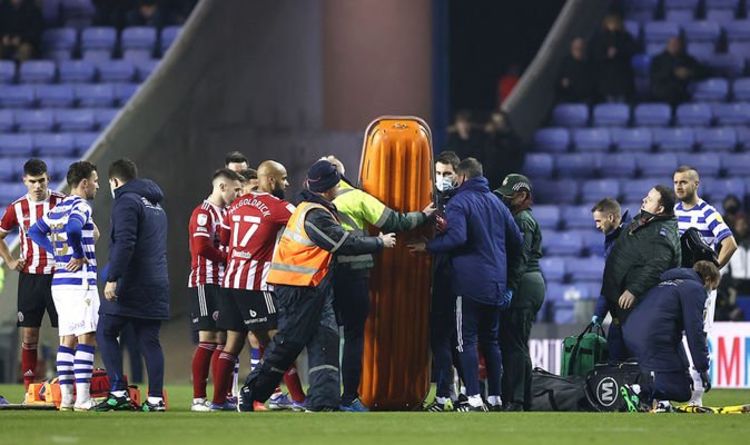 John Fleck was rushed to hospital after collapsing during Sheffield United's match at Reading on Tuesday.

Sheffield United midfielder John Fleck was taken off on a stretcher in the second half of his side's 1-0 win at Reading.

The truth is absent from many discussion on the Pin also.

The article posted by OW refers to Sergio Aguero and Christian Eriksen’s cardiac issues in an attempt to link them to vaccines. Both Man City and Barcelona confirmed they were aware of Aguero’s cardiac problems when signing him, they were picked up in his medicals, and that he has been substituted many times throughout his career complaining of a tightness in his chest. His cardiac issues were present long before he took any vaccine. As for Eriksen, he had not received any vaccine at the time he collapsed.

Still, the article pushes the agenda many on here are trying to push so I guess facts are less important in these cases

As for John Fleck - unvaccinated and had Covid-19 back in June. A warning to others on the possible impact of Covid-19 and the importance of getting vaccinated?

Be a good sport @BearCert and clarify what you perceive as the “agenda” being pushed.

Eriksen’s Inter Milan club doctor stated in a radio interview before his collapse that all the players were injected-this was later withdrawn. I never heard that about Aguero before or saw him clutching his chest, on the ground, calling the medics over. Sheffield United released a statement a while back that all their players had been injected- how do you know Fleck wasn’t? What about all the other athletes from different sports from tennis to volleyball to cycling who’ve come out and said directly that the injections forced them to retire?
Let’s say there’s another 2 or 3 of these incidents in the top 2 divisions of English football between now and January (which I think there will be)- will you be convinced then?

What about all the other athletes from different sports from tennis to volleyball to cycling who’ve come out and said directly that the injections forced them to retire?

Do we have evidence of this?

As for John Fleck - unvaccinated and had Covid-19 back in June. A warning to others on the possible impact of Covid-19 and the importance of getting vaccinated?

Do we have evidence for this?

Both Man City and Barcelona confirmed they were aware of Aguero’s cardiac problems when signing him, they were picked up in his medicals, and that he has been substituted many times throughout his career

Do we have evidence for this?

They are documented in the vaccine reaction thread going back to early summer. Former Wolves keeper Carl Ikeme has punctured the silence:

Matt Le Tissier speaking up too.

And another in the Champions League last night; governments must be shitting themselves now. 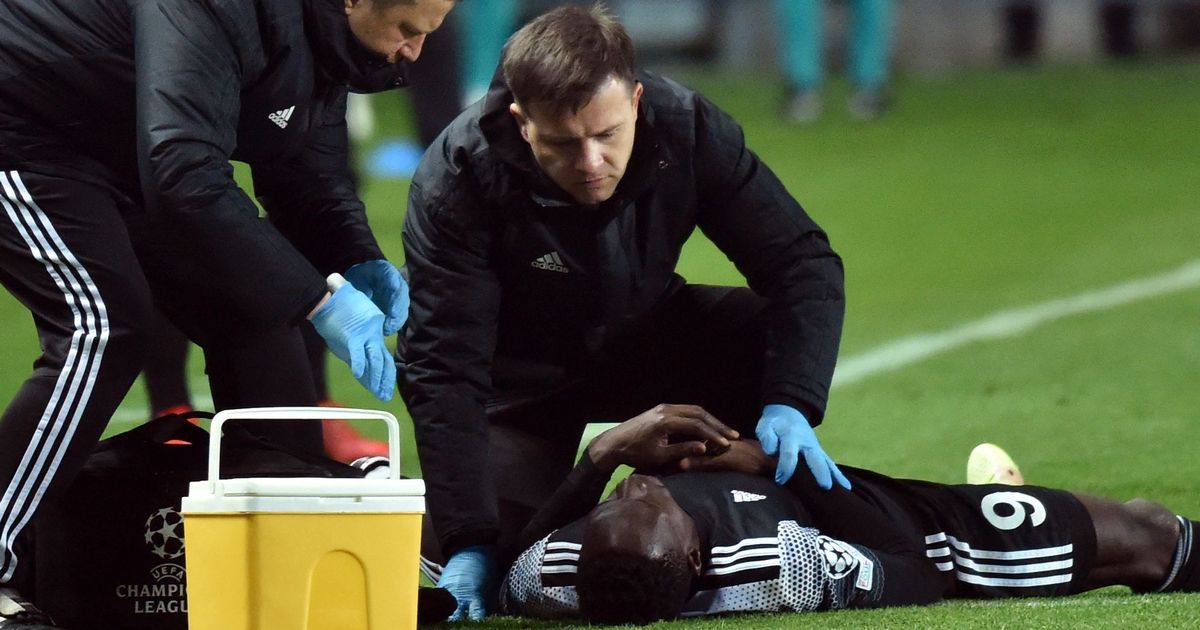 Did Bearcert mot make this clear to you above? You f**king hard of learning?

No mention of heart

Wigan’s Charlie Wyke stable in hospital after collapsing during training

In the US they estimate about 200 athletes a year will suffer Sudden Cardiac Death. On a simple pro rata basis that’s about 40-50 per year in the UK. Most GAA clubs now have defibrillators at matches and the GAA recently claimed they have been used to save the lives of over 40 people who collapsed during training or matches. It’s far more common that people realise hence the IHF are pushing for people to get screened, particularly people involved in intense sporting activities, advising that there are many possible causes – genetic, viral, bacterial, medications, chemicals like carbon monoxide, radiation, illegal drug use and many more.

What I find amazing is that cardiac specialists all over the world, after all their years of study and work in the field claim they are unable to categorically identify the cause of Myocarditis, cardiomyopathy, and similar heart conditions, in 60%-70% of cases, yet premiership footballers and other athletes, and people on here, without any medical training, seem to be able to pinpoint the cause now as being the Covid-19 vaccine.

Illegal recreational drugs, such as cocaine, and performance enhancing drugs, are proven contributory causes of heart conditions. It’s good that these athletes can categorically rule them out, presumably because no athlete or Premiership footballer would never use them.

It is incredible though how many young cyclists have died or retired due to heart attacks. They were all pre Covid jab though so I can’t imagine what caused it.

I can’t imagine it would be good for any athlete looking for sponsorship or media roles post retirement to have people speculate that their retirement might be linked to their use of illegal drugs. It would be good if one was forced to retire due to cardiac issues to be able to do what all cardiac specialists out there haven’t been able to do, and pinpoint the exact cause of their issues as being the Covid jab, a legal drug.

Good to see people on here are using the likes of Matt Le Tissier’s tweets to educate themselves on the issue. His vast knowledge of heart disease will add value to the debate no doubt. Matt might also clarify if the Covid jab makes you sterile as that’s another reason many Premiership players have cited as why they’re choosing not to get the jab. Maybe there should be another thread on here to post about instances of that….

I’ve been watching football all my life I’m in my 50s. This frequency is unusual and the deplorables out there are coming to the same conclusion.

Possible suggestions below:
Coke increases the risk of myocarditis and seems to have replaced alcohol as the recreational choice of athletes these days. Fewer calories, no hangover so much more in vogue with younger people now than ever (athlete or not)
The rewards for succeeding at the the highest levels now are incredible and many athletes will take anything they believe could give them a slight edge, ignoring the longer term side effects. Apparently there has been a huge increase in the number of athletes playing in the NCAA to suffer Sudden Cardiac Death recently.
Smart phones are everywhere, people have always been collapsing with heart problems at sporting events but now it gets posted on line immediately
Maybe it is related to Covid jab but there is absolutely no evidence of this yet, but it’s still the first thing posters on here post as being the cause. Of the examples posted on here of “Sports People Killed and Injured by the Shots”, Eriksen and Fleck were not vaccinated and Aguero has had cardiac issues throughout his career. I’ve no idea whether Traore was vaccinated or if his injury was cardiac related. Given smelling salts seemed to sort him out, I suspect it wasn’t. Like I said, Jerry Fletcher and his ilk on here clearly have their conspiracy theories to push so facts are not that important.

Oh, so cocaine is a new thing with athletes?

Pull the other one…

Aguero has had cardiac issues throughout his career.

Another posted already requested a source for this from you. I’d be interested to see that too.

And smart phones just came on the scene this year.

I fail to understand why anybody would not be highly skeptical currently.

I must have dreamt that Moderna has been pulled in many countries including for those under 30 here. Out of an abundance of caution.

ONS excess deaths in UK - 19% cardiac IIRC. Of course other factors at play but injections that are linked to the disease,…

Isn’t the Moderna basically the same as 3 Pfizer at once.